No bambino yet so i will drive on….short and sweet is the plan though as i have being accused of ranting in some quaters….” RAY’S RANT”

Universal have probably what will be the biggest selling album in Ireland for 2014 in Bray native HOZIER debut offering out on the 19th September .

There has certainly being a nerve hit with people, as we have being asked for his album since last year.

Its on 3 formats, CD, Deluxe CD with 4 extra tracks and LP.

Like my hurling tips ( Clare, Dublin, Cork) this is a banker!

Universal also have the new album by PROFESSOR GREEN, SMASHING PUMPKIN’s “ Adore” 20th anniversary reissue on 3 formats,  super douper boxy thingy, CD and double LP….28 euro with us, 35 euro and some maybe, with my big friend. 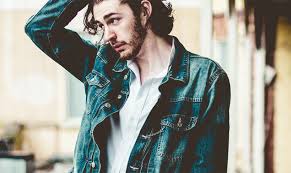 The latest 40th Anniversary BOWIE picture disc “ knock on wood”  out on the 19th also through Parlophone/Warner and they have rehashed the sound and vision set also.

There are new live releases from GARY MOORE and GARY CLARK JNR also out through Warner, a JERRY LEE LEWIS LP and a new solo album from Jeff Tweedy, of WILCO fame, 24 euro with me, 28 euro with…

Sony have the new, sincerly L. COHEN, CD for the 19th sept also…..LP out on the 3rd of October….what a life, what an icon…..he is 80 two days after the album comes out.

Two things struck me….they were tiny, and the gaaatch of Liam going down Panna was comical.

They were rock n roll stars at the time to be fair, headline news everywhere including the Echo who followed there movements that day including them going to Dunnes to buy underwear…rock n roll….unknowns two years earlier, to being followed into Dunnes to see what you would buy. 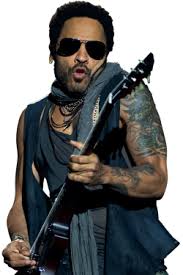 Proper have a new LENNY KRAVITZ record, his 10th, and a tribute to Bruces “ born in the usa” album called “ DEAD MANS TOWN”

I have attached a MUSIC ON VINYL in stock list also.

Bono must have read my email last week, and got the right hump, but to go and strike a deal with the…..

Reviews a bit mixed im hearing on the album??

I heard one on the radio and i must say i liked it, breaking waves or something like that….i aint one of the half a billion.

But some days business boys, 25 million bucks a man, fair play to ye is all i can say…rumour has it that Apple except ye to be there bi***es for a while now.

U2 always have a release ploy of some sort but this one takes the biscuit, to have this much exposure and get those few dollars as well….BRILLIANT fellas.

U2 were a brillant band, and one of the biggest brands to come out of Ireland in the last 30 years, absolutely great for the country.

Someone made a very fair point to me during the week about U2, point being that we were used to brilliance…BOY, OCTOBER,WAR. THE FIRE, THE JOSH, a lot of parts of Rattle, ACHTUNG and an awful  lot of ZOOROPA are sheer sheer class…..but they are still a very good band just standards were so high….fair point i think.