Not a huge amount happening to be honest.

Essential have probably the biggest release with the new SINEAD O CONNOR record “I’m not bossy, I’m the boss” due out on the 8th August.

Warner has a solo project by OWL JOHN of FRIGHTENED RABBIT, out on the 1st of August, which sounds pretty interesting.

Warner also has some 5 CD sets out that day including PETER TOSH.

Universal have some Reggae and Jazz Vinyl reissues out for the 1st, some BIG COUNTRY CD reissues and a new record from ENTOMBED A.D for some metal fans.

Music on Vinyl have KORN’s debut on LP for the first time, released on the 4th August.

MOV also have releases from KEB MO and STEVE HARLEY & COCKNEY REBEL for the 11th August. 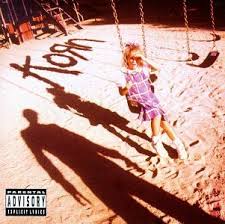 Pias have a few MODEST MOUSE reissues, some debut albums from FKA TWIGS and CHILDHOOD (was told to check out CHILDHOOD, as they are ala STONE ROSES, I did so and they are decent enough but there video for “solemn skies” is like watching a trailer for LITTLE HOUSE ON THE PRAIRIE…will make sense if you watch it)

After all my cribbing last week, got an email a few days ago to say the TOM PETTY standard LP is pushed back till the 22nd August!!

Monday’s can be bad enough without the news last Monday that THE PAV had shut its doors for the last time.

This is terribly sad news for the local music scene.

I’m sure this was a labour of love for the guys involved and not a pursuit of truckloads of cash.

They were superb advocates of local up and coming musicians and bands, always giving people a chance.

I am as guilty as most for not being their best patron, maybe 3 or 4 times a year, I  have the usual excuses…..small family……busy……. blah blah blah.

I would not underestimate the goodwill the people of Cork have for the place, if it was at all possible to keep the place going? (We have enough soulless super pubs)

It would be a shame to think that there maybe a young “RORY GALLAGHER” strumming away in his bedroom tonight who will never get there, because somewhere like THE PAV doesn’t give him a go…..that avenue is now closed……a great shame.

THE PAV’s heart was in the right place. 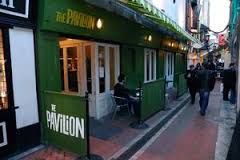