Not much really happening on the release front for the 27th March.

Universal have new albums from CIRCA WAVES, who are an indie rock band from Liverpool whom only formed about 18 months back….recent big label signing to Virgin/ EMI…..and a debut record now about to be released….top of the pile from Uni this week so a bit excepted..

Universal also have new albums by RINGO STARR, STEVE HACKETT and rap/rock from HOLLYWOOD UNDEAD….which a few are hunting down.

The lead track from RINGO’s album is called “postcards from paradise” and is a lyrical mash up of a load of Beatles song titles, and on first listen, I hated it, but i listened again and it’s kind of growing on me…..is it the bug tinted glasses or is it descent… 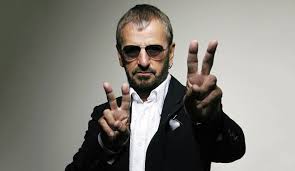 Harry Nilsson done a similar Beatles lyrical mash up a fair few moons ago actually, which is worth a listen.

Universal have an interesting debut album from a guy by the name of BENJAMIN CLEMENTINE who has a fairly unique brand of music…similarities to Nina Simone….and who has had a fairly tough but interesting life so far also……having being homeless on the streets of Paris for a couple of years surviving on what few bob he got from busking….little listen below…

Universal have a blast of class hip hop albums for re issue on the 27th including records by 50 CENT, THE GAME, LL COOL J, COMMON, MOS DEF, ICE CUBE and NWA as well as LP re issues by SINATRA and GLEN CAMPELL’S “ rhinestone cowboy”.

Warner have a VAN HALEN live album from the Toyko Dome which saw a reuniting of DAVID LEE ROTH with the others….available on a load of formats….see attachment.

Warner also has new albums from ROBBEN FORD and DEATH CAB FROM CUTIE, as well as best of compilations from THE GRATEFUL DEAD and THE SPECIALS.

Lastly from WARNER for the 27th March is HALL AND OATES live from Dublin…recorded last year….amazing how many songs of theirs I know without ever owning anything……someone must have being a fan back in the day in Golden Discs, and slipped in on unnoticed.

SONY have the new NOW 90 compilation for the 27th MARCH…for EASTER…..if you remember NOW 1 (I think it is being reissued for RSD 15….BTW I am working on the RSD lists and hope to send them out over the weekend….with prices….crazy yikes in places and absolutely fine in other places….must depend on which records they submerged in gold I suppose….anyway NOW 1 for RSD) well if you remember it you have to be at least 35+ because they release three NOWs a year…..Easter, Summer and Santa…..pure and utterly useless information there now from me….listening to Father John as I am writing this so I think I am either crazy or mistaken…..fine listen.

Sony also has a debut album by MADEON…..very ala DAFT PUNK….probably is one of the DAFT PUNKERS. 7.3 million dollars….i am not MR. WILLIAMS or MR. THICKES biggest fans by any shape of the imagination….but that’s a big bill to get for “similarities based on inspiration and not replication”.

Universal can’t sell blurred lines at all now until all further royalties are sorted out between all parties.

My take on it….the two boys knew well they were using the same feel, vibe, groove what ever you want to call it and should have coughed up day one to sample the track…..but they were severely and probably unjustly punished…..i think it was PABLO PICASSO who said “good artists copy, great artists steal”….they would have being better off stealing but then……

Mr. Jimmy Page must have being watching this case nervously as the boys from Spirit must be thinking if “ got to give it up” got 7.3, then what can one of the richest songs in the world fetch….” There’s a lady who’s sure, all the glitters is gold”…..ill feeling or not for Williams and Thicke ….a dangerous precedent has being set I fear, oh my sweet lord.

PIAS as always have some great music out for the 3rd April mainly.

They have EAST INDIA YOUTH’S second album who played to not very many unfortunately in CYPRESS AVENUE recently enough I think…..lovely little sample below PIAS also has APHEX TWINS new 12” and lastly and my own personal favourite from PIAS this week is the new album by THIS IS THE KIT …folk rock….this album has help from the Dessner brothers from the NATIONAL and also Thomas Bartlett, the American classically trained pianist who helped put the twist in the GLOAMING.

MUSIC ON VINYL has reissues from KORN – issues and the great punk album from X – Los Angelas.

Proper have a debut record by Australia’s answer to Morrissey….COURTNEY BARNETT…..will have some stock next week.

As I said earlier in the midst of some giving out, should get the RSD titles, info and pricing out over the weekend….

The Music Zone Corporation have created our very own forum….feel free to post on any topic or start your own….