Quite a bit for me to waffle on about this week so will try not to bore.

Firstly, Warner have the new ROBERT PLANT and the SENSATIONAL SPACE SHIFTERS ( his wonderful band of musicians) record next Friday the 5th Sept…( Double LP and CD SET available)

Plant is always looking to evovle musically to be fair to him and this record has being well received by the critics….those down da marquee were treated to a great night by all accounts……read his biography a year or so back and what struck me most, apart from how crazy it got and his love for Wolves F.C, was his appetite/knowledge of all different types of music and also by nearly all accounts, that he would peel an orange in his pocket.

They also have new albums by 80’s favourites DEACON BLUE and a first time release of a MORRISEY DVD of a live show from the mid 90s called introducing Morrissey.

MOZ has being acting the donkey lately again, aside from being dropped from his record label.. again, (no big fuss), accused of trying to get someone whacked ( very funny once youre not the guy the hit is on,that guy worked for Moz but now has an anti Moz website)  he has said, that it was “ so sad that her death ( Lauren Bacall) was overshadowed by that of Robin Williams”

Ah Moz stop acting the pleb…… “ UNLOVEABLE” ….” i know im unmanageable” would be more like it….. 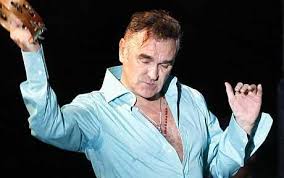 Sony have the new RYAN ADAMS record out next Friday also….his first since his retirement….sorry Ryan!!….you are talented as **** but maybe a tab odd also.

A friend of mine was in a chinese  resturant in town a few years back, night before the city hall gig, and Ryan came in and sat down, friend recognised him ( to be fair, quite likely the only person in there to recognise him) ….Ryan was’nt a happy camper with a gentle hello, i know who you are, and left promptly ( could have being the spring rolls)…..looking forward to a listen to the new one.

Universal aside from the BEATLES mono reissues, which have got stunning audio quality reviews…( am i some salesman or what)…..check links below ( courtesy of a nameless friend of the shop…thanks Eugene)

rewind, aside from the beatles Universal also have a new album by KOOKS, QUEENS “ LIVE AT THE RAINBOW”  on a load of formats.

PROPER have a new album by well thought of Dublin four piece THE YOUNG FOLK “ the little battle”….see attached for reviews etc.

ESSENTIAL has new ones by ADAM COHEN and the soundtrack to FRANK.

MUSIC ON VINYL have reissues by IGGY AND THE STOOGES, PETER TOSH, BLACK DUB, JOHNNY CASH and ELVIS.

PIAS has the new record by MOTIONLESS IN WHITE.

So loads of new ones for the 5th sept, BEATLES , INTERPOL, ROBERT “ are you paying” PLANT and RYAN “ fried rice on the side of panna please” ADAMS.

Hope some of ye are still with me,