It feels like it has been ages since I have bugged ye with my ramblings….lazy boy here only done one newsletter in three weeks….tut tut.

Back at it now, full steam ahead, Christmas is only around the corner!! Ha

Some savage amount of releases due in the next few weeks which is savage unusual for the time of the year (my guess is the record companies want this global release day to work for the big countries so lets get some big releases (reissues mainly, not new stuff) into the shops in the first few weeks….or maybe it is just a coincidence and I’m being a cynical b……. as usual.

Releases in this week’s newsletter are mainly for the 17th July and also now the 24th of July as I hit a few sidetracks last week….

The third record from the fantastically psychedelic rock/pop group from Australia TAME IMPALA “currents” is probably the biggest release of that day, distributed by Universal.

We are big fans of Kevin Parker and Tame Impala here in the shop and the few tracks I have heard have hit the spot again for me anyway….influenced by Jim, John, Robbie and Ray, My Bloody Valentine, KYLIE and the Flaming Lips….that’s a strange enough stew, so for us definitely one of the most interesting bands this decade.

Double LP pressed on yellow and purple LPs for independent record shops only….. (Thank you Mr. Parker for the support!! That stuff helps)

Have a listen to a new track here…

Also advertised for the 17th in this newsletter is the new CHEMICAL BROTHERS record but I got a mail today to tell me it is put back till the 24th of July.

Also out through UNIVERSAL is the soundtrack to the Irish movie “song of the sea” which is basically a new LISA HANNIGAN album….her third solo project I think. ( well 4 tracks anyway….lets call it an EP)

Lastly from Universal there is an album coming out from the front men of BAND OF HORSES and IRON AND WINE, Ben Bridwell and Sam Beam.

WARNER for the 17th has vinyl record reissues from ULTRAVOX – Vienna, THE WATERBOYS – room to roam, ZERO 7 – simple things as well as an ELLIOT SMITH DVD – heaven adores you and a live SUPERTRAMP album from 1979.

PIAS for the 17th of July have a BRYCE DESSNER/SO PERCUSSION album called “music for wood and strings”. 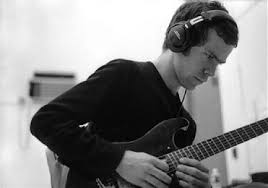 Bryce seems to be at the cutting edge of experimental projects and this is no different with the use of chordstick instruments for the most of this recording…..CD only.

SAM BEAM gets his second mention of the evening with the release of a 7 track mini album recorded in 2004 with the full CALEXICO band….could be worth a listen.

The Charlatan’s “melting pot” compilation from their beggar’s banquet days on vinyl record is also due in from Pias.

Pias also have more reissues on vinyl record from the brilliant COCTEAU TWINS…the early compilation “ the pink obaque” and the two EPs of “ tiny dynamite” and “ echo’s in a shallow” merged into one LP, both LP’s cut from the analogue tapes and include a download code.

Proper have a vinyl reissue of the cupla million selling record from FAT BOY SLIM “you’ve come a long way baby” for the 17th of July.

Essential for the 17th July have new albums from JASON ISBELL, POWERWOLF and SAMANTHA CRAIN ( bit of a buzz stirring on Samantha)

So above is mainly the stuff ( product or units are the industry buzz words….units, units, units…..we will all be a unit someday with our own little chip inserted into our wrist’s …we will scan ourselves ….beep…beep…beep…beep…..beep…..baby you can drive my car) out in the shop this Friday the 17th of July.

Because I am only getting started…….. 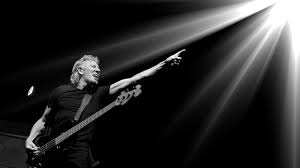 So moving on to July 24th, firstly we are going to mention the genius that is ROGER WATERS (regular readers may have noticed that I would not use that word lightly, A genius is a person who displays exceptionally superior intellectual ability, creativity, or originality…… according to the dictonary) and i think Mr. Waters fits that bill…..no mention of JOEY BARTON here unlike some commentator some years ago. 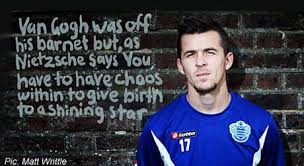 Sony are reissuing his “ AMUSED TO DEATH” album across four formats, CD, CD/DVD, DOUBLE LP, DOUBLE PICTURE DISC LP…..as the title kind of suggests it was based around our obsession with TV and other media forms ( this was in 1992!….the guy was 25 years ahead of his time…..smart phones and all the other bollocks we seem to think is just so important now….i am at it myself this instance….nature of the beast, necessary evil, need to stay in the game….whatever cliche you want to throw at it….it’s still a ball’s…..did anyone see the IRISH PUB documentary on RTE the other night….now that was real and had savage character….these sanitised hospital ward super pubs make me want to vomit…..their was a pub around the corner from my home place some of you may remember it THE TOWER…..and it was just class….wall to wall characters….snug, holy hour, late pints, the whole sabang…..call me a tradtionilist but i prefered it when i was 20 than any super pub springing up…..totally sidetracked now….i think there was a point in their somewhere i hope you can find it)

It’s high time for a sequel Roger….LP’S are expensive at 40 quid….but…. ah there’s a but…..those gunwielding exponents of retail from a galaxy far far away are 50 bucks….all’s fair in love and battles with invisible cosmic forces. 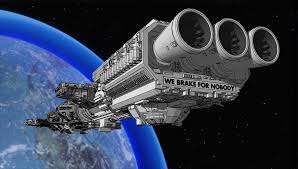 Sony also has some HENDRIX CD reissues out on the 24th and lastly is the latest in the NOW SERIES ….NOW 91.

The likes of those NOW releases are as important to the shop as a guy who buys a record every 3 months….i may not wax lyriclly about same type releases but i/we certainly do not look down our nose’s at those customers…..x factor winners….whatever you like is super cool with me and always has been…..i doubt if there are many snobbish/elitist record shop owners still trading in Ireland…..think jack black high fidelity….no we always try to help everyone…be it looking for the difficult andre rieu CD or the difficult dead can dance CD…we will do our best….there was a guy in last week…regular to the shop….knows his music….waxing lyriclly about RAY LYNAM……so refreshing…his honest opinion was he thought he was a first rate singer….class ( i probably will regret writing those last couple of lines).

Random thought occured to me as i passed a billboard in Midleton tonight advertising the 10th anniversary of a shopping cente there…..i would now be out of business….on a different road….if i had got what i wished for 10 years ago….a unit in that centre ( those units again) ….i was disappointed at the time and tonight it was like i got hit by a brick…..ray boy you barely hung on when you had one….you would have been a goner if you had two…..life’s twists and turns…..just be thankful for what you got……have been thinking about the awful awful tradegy that happened to Nick Cave and his family over the last day or so….you just never know.

UNIVERSAL for the 24th july have the vinyl record reissues of the METALLICA studio catologue and S&M also…..from the highs of Master of puppets all the way down to St Anger…..11 records in total being reissued on 180 gram Vinyl. 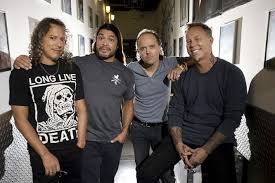 Warner for the 17th of July have the GAVIN JAMES live in Whelan’s release on vinyl record, another up and coming Irish singer/ songwriter.

Warner for the 24th of July have two more JOY DIVISION releases (peter hook won’t be happy) both on double LP….” STILL” which was a compilation of then unreleased studio and live recordings. “SUBSTANCE” which has the four non album singles with two additional songs.

Warren Haynes third solo album is out via Warner on 24th July, he of GOV’T MULE and ALLMAN BROTHERS fame, it’s on double CD and double LP formats.

The latest in the BOWIE 40th anniversary vinyl picture discs “ fame” is out via Parlophone/ Warner on the 24th also as well as the latest PAUL WELLER 7” single “ going my way “ from his current album which includes a brand new track.

Lastly from Warner is a 4LP SISTERS OF MERCY release “first, and last and always” with the original record and 3 LPs of rarities and b sides from that period.

PIAS for the 24th July, have the BJORK “ vulnicura” reissued again on coloured vinyl this time.

PIAS have new ones from metal acts LAMB OF GOD and SYMPHONY X “underground” and a reissue of GIL SCOTT HERON’s “nothing new” as well as a new FIELD MUSIC record.

Cargo music have two big releases for the 24th of July, firstly is the new SLEAFORD MODS record entitled “ key markets” ….again hats off boys as indies only get it on green vinyl…22 euro. 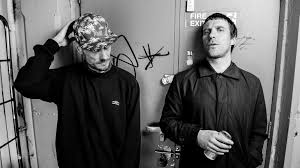 Cargo also have the reissue of SONIC YOUTH’s third record “ evol” also for the 24th of July.

Music on Vinyl has reissues by SANTANA, KEB MO and DOLLY PARTON.

PIAS are running a Vinyl promotion with between 5 and 25 % off their catalogue….attached is the list….it has a sterling symbol but the prices are in euros….round it to the nearest euro if anyone is interested in anything give me a shout.

On the local scene, we will have copies of the excellent JACK O ROURKE EP tomorrow and have Vinyl and CD copies of THE NORTH SEA debut also on Monday or Tuesday.

Check out these two crackers from Jack and the North Sea

Check out the website for movers and shakers and we might post a video up of Bobby reenacting his Noel Gallagher moment (ask him about it!!)

For those of you asleep, oiche maith, and for those soldiers’ still reading…..Sin e.