This week’s newsletter focuses on new releases for Friday the 31st of July.

First up so is the  last installment in the LED ZEPPELIN studio albums reissues through swansong/ Atlanta/ Warner.

Will Page and Co drive on now with some similar live releases….they/ he must have loads of said material….time will tell….what’s your guess???

They / he needs the Johnny Cash??

So the ZEPP reissues of “presence” “in through the out door” and “coda” are out on the 31st …..again for regular readers on the five formats…CD, DELUXE CD, LP, DELUXE LP and SUPER DOUPER FANCY BOXY DELUXEY THINGY. 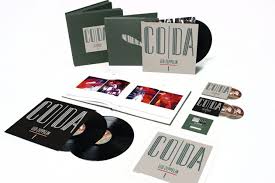 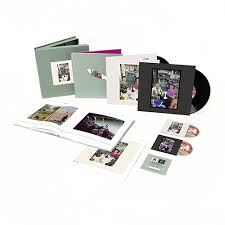 Coda is a triple LP and a triple CD.

Don’t want to break a habit of a lifetime so anybody want to throw a nod my way re there favourite format…..it will be gladly and kindly received. 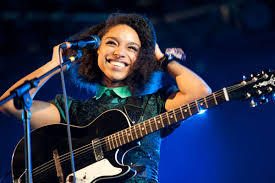 Staying in London town, UNIVERSAL for the 31st of July has the return of the MACCABEE’s with their fourth record “marks to prove it” first since 2012.

There is also the reissue of the debut album by PLACEBO.

Fine album it was as well in my opinion….Nancy boy and teenage angst a couple of big hits but over all a fine record.

Universal have the release of the capitol recordings from THE BAND.

There is a nine LP box set retailing at 150 euro with us or the 8 capitol albums individually. 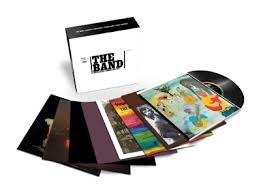 I was reading something last week about the new apple streaming service, to compete with Spotify and the article was about sound quality.

The bit rate that Apple is using for their streaming service is 256 kbps, same as that used with iTunes downloads.

Spotify stream at 360 odd kbps…..a CD is transferred at 1400 kbps….when TOM PETTY said that when you buy an iTunes download you are only getting 20% of the quality…..the bit rate in music terms is kilobit per second and this refers to the number of bits processed per unit of time ( without getting to techie about it!!) so maybe hard to argue with Mr. Petty……not fully the case though, there is more to it than just bit rates but over all the CD is much better quality….end of story.

The day will come when the download will be the same quality and maybe better…..who knows in ten years…..slow down, you move to fast, you gotta make the moment last……

Why bore ye with this lecture?????

Because some people seem to think the CD is shite….everyday “the CDs are gone are they” “everyone must be downloading now” “does anyone buy CDs anymore” .

It is simply people’s perception of the product, and not the truth.

In brass tax, it is still one of the best quality formats to listen to music….second arguably and only to Vinyl.

Off course I am going to say these things….

Listen to Queens “another one bits the dust” on YouTube, 360 kbps I think or less, and you will hear Mr Deacon’s exceptional groovy bass line no problem. ( quiet enough song)

Listen to Zepp’s “dazed and confused” which has a brilliant bass line also and its fine in parts but when it gets loud….its gone….gone….meshed in with the rest of the melody…..i cant hear it anyway….then listen to it on CD…..you can hear it all the way through without needing a magnifying glass for your ears or the equivalent, you know what I mean!!!

Basically CD gets an unfair wrap in opinion….some people feel borderline embarrassed for buying a CD……

Because it is so much worse than a download….!!!

10 Euros for a new album on ITunes….no cover, no nothing….good melodies.

Whatever people choose whatever format they like, across the board, should be cool and certainly not something to be embarrassed about, once you’re looking for fun and feeling groovy.

Sony has a new BUDDY GUY CD “BORN TO PLAY GUITAR” fair enough title I think you would agree!

THE STROKES as ye know and son of senior as ye know. 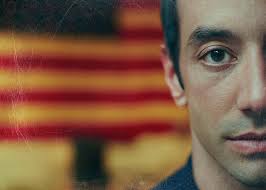 Little topic for the forum, maybe I am missing the obvious here but not a whole pile of successful musical offspring to famous parents that I can think of anyway.

Julian Lennon, Adam Cohen, the Marley boys, Ziggy and Damian, Kim Wilde….maybe I am having a mind freeze….are there more? And more obvious ones?

The young Mr. Hammond’s record is on white vinyl. Here it is :

Pias also have a record from ASTRID WILLIAMSON who is and was and can be a bit part member of DEAD CAN DANCE.

Bit of a change to our opening hours as there is a bit of a siege/squabble between Dunnes and the landlord at the moment.

The centre is now only open mon to weds 9 to 6, thurs 8 to 9, Friday 8 to 9 , sat 9 to 6 and sun 12 to 6…..you cant enter the centre unless within those times…..even though Dunnes are open 8am to 9 pm on a Monday….you can only get into Dunnes between 9 and 6….confused….Dunnes are meant to pay for the centre security when they are the only shop trading…..Monday night at 8.30…..but they aint paying….why….because we are Dunnes….

We used stay till 6.30 every evening early in the week and Saturdays but for now you can’t get in after 6 ….just telling ye….Dunnes will have to crack….losing about 20 odd hours a week trading times…..2 k an hour??? More??

by the way, got the north sea record during the week and its really good and enjoyed the new MUSE album and the new STEVEN WILSON album this week a lot also.