There is quite a lot to mention and talk about tonight so I will rock on.

Universal have quite a few new releases worth a mention for the 28th of August.

Uni are hoping for a big chart topping release from THE WEEKEND, who is a Canadian alternative R & B artist with a couple of huge international hits already from this new record.

They also have a debut album from ELLA EYRE, she is a talented 21 year old Londoner, signed to the same label as THE STRYPES, Virgin/EMI.

Uni also have a debut record from American indie pop singer HALSEY, who had a massive hit in the states with “Americana”….. 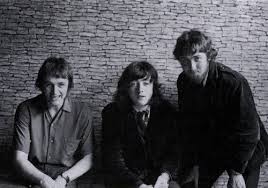 Universal have some class reissues also for the 28th August and first mention here goes to TASTE (was a close call).

The two TASTE studio albums (self titled and on the boards) are being reissued as a 4 CD set called “I’ll remember” which includes remastered versions of the aforementioned classics plus two extra discs of previously unreleased live recordings……looking forward to that release in the Music Zone Corporation…..Dowtcha Rory boy….

There is a companion to the TASTE box set out the same day if the set a bit rich for your blood….a 16 track collection for 6 euro….for young readers a nice introduction to our own genius….MR. RORY GALLAGHER….

NIRVANA, the posthumous collection gets a Vinyl release as a deluxe 45 rpm double LP and a standard 33rpm on 180 gram with codes. Kurt’s solo album from ‘montage of heck’ is in November.

Lastly from Universal are more DEEP PURPLE reissues “ from the setting son – in wacken “ on 3 LP, 2CD/DVD, DVD and BLURAY “ to the rising son – in Tokyo) on the same formats.

Quick word on our boys from Cavan with an average age of 18 and a half….second long player record out tomorrow….and its really strong in my opinion also…really strong…..musically and vocally strong…great guitar, bass, drums, harmonica…

.all the ingredients for a great rock n roll 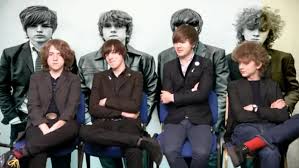 record which is exactly what it is…few standout tracks in there but overall very strong in my opinion, such a huge step forward from the debut…. good few songs about getting laid and girls but hey there 18 year old boys I suppose after all….they wont always be writing about that….reviews a small bit mixed…mostly 4 out of 5s, read a couple of 3 out of 5s also and one dick from the Guardian who gave it 2 out of 5….no problem with the 2 out of 5 and that’s not why he is a dick, welcome to his opinion….he is a dick because he bases his two out of five seemingly on the songwriting as he mocks some lyrics…..they are 18 you knobhead….macca wrote she loves you yeah yeah yeah when he was 20 and he wrote “blackbird” when he was 26….” Blackbird singing in the dead of night, take these broken wings and learn to fly, all your life, you were only waiting for this moment to arise”

Which is about the civil rights movement in the states in the late 60’s and the black mans struggles over there at the time…Macca’s use of the lyric blackbird was symbolic of that struggle….what a difference six years made in songwriting, that’s why Mr Guardian man is a dick.

Sony for the 28th have a JIMI HENDRIX reissue –live at the Atlanta pop festival on double CD and double LP recorded just 10 ten weeks before his passing and has all the big tunes.

And some beauties get the VINYL reissue treatment….JOHNNY CASH “ at folsom” and “ at san Quentin” and ELVIS PRESLEY “ self titled” and “ 30 number 1s”.

Warner mainly have reissues for the 28th …some strong ones there though.

LP reissues on rhino of “the real thing” and “angel dust” from FAITH NO MORE.

WARNER also have a LINDA RONSTADT double CD best of thingy…NOEL GALLAGHER’S new 7 inch single “ lock all the doors the strypes are in town” ( the last 5 words I made up) with a non album track as a b side…..ROBERT CRAY has an interesting live release entitled “ 4 nights of 40 years live” on 2 CD/DVD, BLURAY/2 CD and 2 LPs….THE FACES have a 5 CD AND 5 LP box set out….LP set limited to 7500 worldwide.

Two new albums also from Warner….the fourth album from FOALS “what went down” ….lots expected… and the 22nd album from MOTORHEAD “ bad magic”.

Pias have the new record from BEACH HOUSE “depression cherry” on Bella union, which sounds like it could be a really good listen, there is also a new YO LA TENGO album , DESTROYER who is the NEW PORNOGRAPHERS Dan Bejar with a new record….and a couple on nuclear blast from SOILWORK and NILE.

There is an LP release of THE NATIONAL’S six hour song/jam on 9 LPs….it’s entitled “ a lot of sorrow” ….no wonder there was after six hours, surprised there wasn’t some death also….sometimes THE NATIONAL/ the dessner’s get a bit to arty farty up their own arsies for my own liking….made a few great records and seem to really love Cork but what’s this about like….now I haven’t listened and it may be mind blowing but its six hours…has anyone listened to it all???… as we’d say in Cork….come off the stage lads….literally.

I wanted to talk some more about the demise of INDI entertainment….the main CD wholesaler for Irish artists/products….there was a bit on Joe Duffy during the week so I will attach the link there now but talk about it next week as its pushing after 1 now….

You may need to type in INDI ENTERTAINMENT to hear this link….i didn’t have the skills….sorry…gave up!!

CARGO have a real early days NIRVANA CD release when they were called SKID ROW pre dave grohl on drums….two different radio broadcasts’ from the states.

There is a WARNER VINYL promotion, between 10% and 40% discounts on certain titles ….some great albums there folks…..if anyone is interested just holler.

On the local scene, the new tune and video from JOHN BLEK AND THE RATS was released this week gone….man it’s a cracker….this gang are really excellent musicians…it really has wet my appetite for the new album out on the 18th of September….i know they are really happy with the record and if this track is anything to go by, then a real treat is in store….i love it love it love it….even though John is very scary in the video…….we hope to have John and a few of the lads in around the release day….will keep you posted….there are a few tickets still left I think for the launch gigs in COUGHLANS on the 24 and 25th of September….gig not to be missed I would think….let your ears be the judge and not my words…

Remember if you cant get into us….its free shipping on three records or more….did I say free…