Hope ye are all well.

This week’s ramblings cover releases for the 4th of September, the mood is fairly good so some of ye are probably hoping that will change ala bill bixby in THE INCREDILE HULK….i used watch it from behind the couch as a child…great view from there. 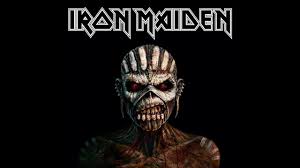 EDDIE is back….the cover art is just so good once again….proud to be selling it.

The new and sixteenth studio album from the huge IRON MAIDEN hits our shelves on Friday the 4th….are taking names folks…

Such kind souls as we are, at Music Zone towers, we are running a Maiden competition on the 4th sept.

Two copies of the deluxe CD up for grabs…..come in on Friday and buy a copy of the new maiden album and you will be in the draw….i can sign them if you like….why would I want to win something that i have bought already you may ask….well cos we will leave you swap it for something else….if you are nice…

Bruce had a cancer scare a while back…throat I think….all clear now I think.

WARNER are also reissuing THE DOORS two albums after the passing of Jim….reissued as a double CD and as separate LPs…” other voices” and “full circle” …musically in my opinion they are strong enough but hey no Jim…no Jim…say no more….THE DOORS do it for me personally….you stand their 6 studio albums up and you say to all the other bands ever in the world, show me what you got 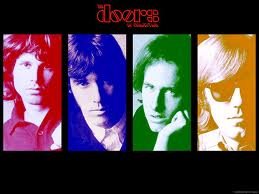 Very very few bands (as in a handful, in my opinion) would say we’d have you DOORS boys….six quality records…my mind can change like the days of the week as to which is my favourite DOORS record……that’s a great sign!

Begs the quick question….does one man make a band?

My opinion…no…Jim probably would have wrote some out there poetry and songs but if he hadn’t met MANZAREK, KREIGER and DENSMORE I don’t think he would have reached the heights of fame….sometimes there is just a chemistry, it cant be manufactured or bottled….i think THE STRYPES have that chemistry…you probably guessed that!! I hope they can stick together for four or five albums more at least.

I saw THE DOORS, Jim less ( Ian Astbury from the CULT had the honour) in Dublin maybe 10 or 12 years ago now and boy it was still great to see them but obviously it wasn’t the same as in the Hollywood bowl in 1968….

Warner also has the three BETA BAND EPs reissued on vinyl, a JEFF BECK double live LP, THE ARCS ( partly DAN AUERBACH from THE BLACK KEYS) LP and CD….link below….. NEUROSIS LP reissues including “ through silver in blood” , AEROSMITH rocks Donington 2014 on DVD/2CD or DVD/3LP and lastly from Warner, Dublin band PUGWASH have a new album.

SONY for the 4th sept has a few new JIMI HENDRIX vinyl reissues. His first two albums “Are you experienced” and “Axis – Bold as Love”. 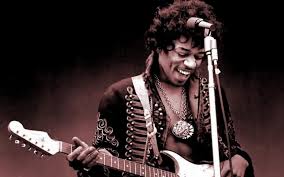 Music on vinyl must be feeling the heat with Sony taking back all their licensing for the vinyl; I have noticed that the MOV releases have been a bit weak lately. You would have thought that the boom in vinyl would have been a great thing for MOV, who up till now, I would imagine would have had a very good niche business, but now it looks likely that the major record companies want their product back. One would have to wonder what direction MOV can go.

Also from SONY for the 4th September is a really nice PAUL SIMON 5CD boxset….. Seeing as summer is almost gone, as JIM MORRISON would say “What will we do when summer’s gone”, well Jim I’d say it’s time to sell the Christmas albums!!

So SONY have for the 4th the PHIL SPECTOR Christmas album, great album, but crikey lads tis only the end of August!

There are two more RIOT reissues from the late 80’s originally “Thunderseed” and “Privilege of Power”.

Lastly from SONY on Metal Blade is the 2012 reissue on vinyl of BETWEEN THE BURIED AND ME ‘The parallax2”.

UNIVERSAL for the 4th of September have a new LIBERTINES record called “Anthems for doomed Youth”. I like the first single…..LP is put back to the 11th September.

There is a new album from Norwegian pop maestros A-HA. This is available on a couple of formats including a fan box.

TROYE SIVAN EP “Wild” is also out on the 4th.

There is a new SLAVES single also. Lastly a BOB MARLEY 5CD set including some of his best albums.

I wrote a couple of weeks ago about the sad demise of INDI entertainment and I said I would come back to it again. I’m not sure if many of you heard the piece on Joe Duffy about it but there was a big flip side to my argument.

Joe Duffy had MUNDY and GAVIN GLASS on his programme, they would have lost up to 10K worth of their stock, which is either out in the market place I.E shops or in INDI’S warehouse, where the liquidators won’t let them touch it,

I would have bought MUNDYS album from INDI in the middle of May and I would have paid INDI for it at the end of June, so it looks like the mechanics of this liquidation is going to shaft the likes of MUNDY and Gavin, but from my end as an independent retailer I’ve paid for the stock but unfortunately MUNDY hasn’t and won’t be paid by INDI.

There’s worse than that…..

A friend of mine who is involved in a very small label in Dublin was at the creditors meeting and I think there was nearly 900K owed to creditors.

RTE were out of pocket for up to 300K for the Love/Hate series…..So expect to pay a couple of euro more for your TV license next year!!!

TOMMY TIERNAN was also out of pocket I believe for his DVD from last Christmas to the tune of 73K…..now that’s some kick in the balls……for a fella who as MUNDY said only really has a cottage industry….

I know the last time I spoke about INDI, I spoke very highly of them, as did MUNDY and GAVIN GLASS on Joe Duffy, however this is a real sad and horrible ending on loads of fronts…Do people hang in there far too long when their businesses are dead in the hope that it might turn around……but causing a lot of destruction in their wake with that hope.

Anyway enough said about that, it’s a mess.

CARGO for the 4th September has the new PIL album and a reissue of the BRIAN JONESTOWN MASSACRE “Thank God for Mental Illness” on yellow vinyl.

ESSENTIAL for the 4th September have the new VIEW album.

PIAS for the 4th , have a few nice ones including FIDLARs second record on Wichita adaptly called “too” and DAVE MCCABE & THE RAMIFICCATIONS.

Lastly is the new JOAN SHELLEY record “ over and even”…lovely delivery and vocals….you might recognize some heads in the background playing guitars….god they’d leave anybody into the embassy’s these days!!

Check the site for movers and shakers and if you can’t get in….we can post it out.

Thanks as always for listening…