This week we cover mainly releases for the 11th September.

Warner probably has the best of them so let’s start there. 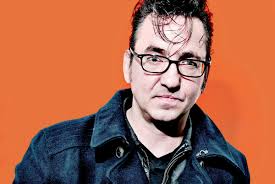 As usual from what I have heard of it, some fine guitar playing, good lyrics sung out in his lovely baritone type vocal as heard here…

Irish connections for the Sheffield man, well JACK CHARLTON style connections….after LONGPIGS split…he was signed to the fine Irish owned and ran SETANTA label….home for a while to our own FRANKS as well Derry’s own DIVINE COMEDY.

New album also from 80’s icons and megastars (it has to be said, mega mega stars they were) DURAN DURAN.

I must admit and shame me or stone me, I watched a recent recording on Sky arts from Manchester and I thought they were in a word, excellent.

When is the mullet going to be back in fashion… 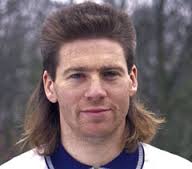 STEREOPHONICS have a new record out on the 11th also… 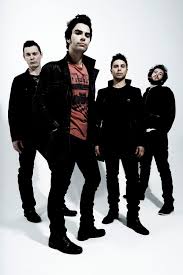 It is called “keep the village alive” …I know that feeling….some of you probably heard that another one of my favourites, TESCO, who have done huge amounts “to keep the village alive” down through the years…they have in their…. Are going dabbling with Vinyl….i must say it surprised me, Vinyl makes up 1.5 % of music sold in the U.K….I know one title is hardly even dabbling, it got them some press…. with latest financial reports saying profits were down 6.4 billon pounds for the last year, there is a bit of straw clutching going on….some of their shops now are the sizes of those villages they shut down and id say they don’t know what to put on to their shelves…bit of horsemeat over there, couple of dodgy accountants on that aisle….they won’t notice.

My industry has always had an issue with them….well that’s not fully true….the major record companies don’t give a f**k, they will sell to anyone…anyone…its all about the money its all about the dum dum dum du du du dum……but the rest of us, guys like me, small labels, small distributors’, local artists….bad news all round for us.

Not really concerned about this…..constant things like this occur….they would have little or no product knowledge or interest either for that matter.

But I know the supermarkets are on consignment with CDs….they only pay for what they sell, and that’s 3 months after they sell it.

I pay for my stuff 30 days later, whether I sell it or not…

They have the potential to sell much more ED SHEERAN than me and people don’t have the time or don’t think about it, they will buy wherever…who can blame anyone, everyone’s busy and selling units is the name of the game with the majors.

Speaking of everyone being busy, my phone went dead leaving Fermoy around 7 last friday…..then about 15 kms later my car decided it would play dead also….still dead….dead forever id say….soon to be with O Leary in the grave dead…..no phone, no car 10 kms from the tunnel…..i will flag a car down and ask someone can I use their phone….20 minutes later I decided I might have to walk home….after about 5 minutes of walking I changed my mind on that one….i am not sure how many cars passed as I waved my hand up and down in the air….basically saying I could do with a bit of help here….nearly all just ignored….he must be a psycho killer…two did tap their watches and make sympathetic “ im late” faces….I’m still not sure which was worse…one good soul finally did stop….0.5 % of the population thought I may just need help and maybe was not a psycho killer……does not speak highly of us does it?

What if the kids were with me and it was later at night….if you see someone in a similar situation, they might benefit from your lack of doubt….give them a chance??

Hopefully you won’t end up with O LEARY!!

Anyway, where was i…oh the STEREOPHONICS….THEIR 8TH album,,,all of them good albums too.

Funny the way a band can go from being commercial successful to unsuccessful even though their output is as good …press? Consumer boredom? Not new so not hip?

I still think they sound good…

The new GARY CLARK JR is also out, now he is hot and hip and cool and all that at the moment….BARACK OBAMA is a big fan….here’s a listen 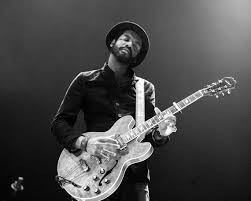 Some nice reissues on Rhino through Warner again this week including SINEAD O CONNOR – I do not want what I have not got…..young and idealistic id say Sinead….i did not have a car or a phone yesterday and look where that got me….also PRIMAL SCREAM – sonic flower groove, their BYRDS like debut release reissued on Vinyl record.

Lastly through Warner for next week is JEFF LYNNE ( ELO…EVEN THOUGH I KNOW YE KNOW…ELO) live in hyde park on DVD and BLURAY.

Now folks, I wrote that bit 24 hours ago and was to finish tonight, which I will do, but like IRON MAIDENs drummer I am going to gallop to the finish line, as I had a rough and long day and fancy a beer and feet up….

So all the other releases are here in short hand in my opinion in order of importance are SLAYER, LOW, BEIRUT, VAN GOFFY on PIAS.

BUDDY GUY, BRING ME THE HORZION on Sony.

No bells and whistles there wah….

Wanted to talk about THE STRYPES again this week and our own JOHN BLEK AND RATS….but they are tales for another day now.

Heres the site for your perusal ….fancy word Raymond…

So sin e for this week.

P.S No video this week for any enthusiasts…one of my lads is at a picnic, another one spent day a day in the cuh, another one had phone trouble…..back next week!