Hi Everyone,
Hope all is well.

Last Friday was culture night; evening or day, whatever took your fancy, and as mentioned last week we had EAMON DWYER in at 4pm promoting his debut album, “that wrinkled shirt”, RAISING JUPITER at 5 pm,JOHBLEK AND THE RATS in at 5.30/5.45 launching their brilliant second album “borders”….which was released on the day…..so big scoop for the shop that one, so thanks to the acts and everyone who called in to say hello and listen to a few tunes from some of our local songsmiths.

This week we shall quickly run through releases for Friday 25th September. 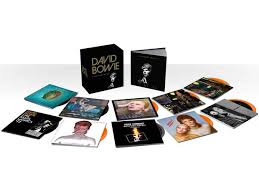 Warner for the 25th has the BOWIE 5 years box set on Vinyl record and CD….we spoke about it a week or so back…

The new (third) DEAD WEATHER vinyl record and CD is out on the 25th also…a fair bit of interest in this one….ALISON MOSSHART (THE KILLS), DEAN FERTITA (QOSA), JACK LAWERENCE (RACONTEURS) and lastly the bold JACK WHITE….jumping around on all instruments…jumpin jack…..recorded at third man on analog tape…nice….looking forward to giving it a listen. 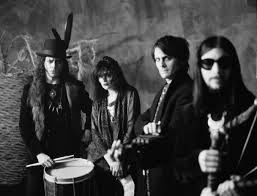 The newest NOEL GALLAGHER album has gotten the remix treatment on LP….its a fine album in my opinion as is the new RICHARD HAWLEY in my opinion.

Universal for the 25th have quite a few releases.

New and second albums from both CHVRCHES and DISCLOSURE….who would you think is the bigger band…in record company terms…not my terms…?

I do like their new single…..did not really like the first album all that much…..only about 500,000 people thought different!

DISCLOSURE second album is on a standard 11 track CD, 14 track deluxe CD and 14 track double LP….read the last few sentences again…..first time with one of the major record companies I have noticed that the physical vinyl buyer has not being penalized for being solely a physical vinyl record buyer….delighted to see that.

Every time before that there is a deluxe CD format, the VINYL RECORD buyer gets shafted on the bonus tracks…..only getting the standard tracks on the LP…so great to see the DELUXE vinyl…..only right to….what other business would penalize their customers who support their most expensive products….but hey this is the record industry!!

QOSA wrote a song about it….

There is a limited to 30 copies in Ireland CAFÉ MAMBO LP….

A RAMMSTEIN DVD or BLURAY entitled “in Amerika” … 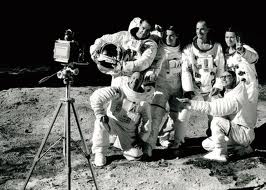 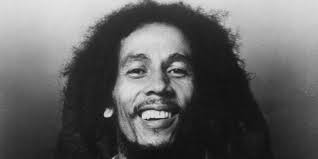 The BOB MARLEY Island catalogue is getting the vinyl reissue treatment.

So the nine studio albums and 2 live albums will be available in a box set…11 LPs…. or individually ( including classic albums like, EXODUS, NATTY DREAD, KAYA, UPRISING, BABYLON BY BUS) …..or in a super douper fancy boxy thingy which includes a special Ouija board which allegedly lets you communicate with Robert for up to 30 seconds…. only 450 yoyos….see our TV channel….if you want to give a few of these for Christmas presents, just let me know!…..( the Ouija board bit I made up…just in case)

Lastly from Universal is the QUEEN box set….18 LP set….all different colours ….my beefy friends in the sky were about 500 euro for the set, now 420 ish….we your local independent corporation are 370 euro…no ouija board….but truly different colours….great band by the way….great band…..the best front man ever??? 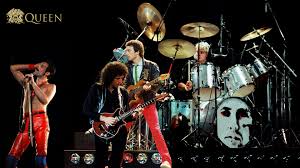 The 15 albums are being released individually also…..all the vinyl reissues were cut at half speed…..hah ray?…..basically the master tape is played back at half speed which then gives the cutting head twice the time to cut the complex analog groove…..this gives more accuracy with frequency extremes or eh just makes it sound better….as ye all know anyway…!!!

I watched the best 8 minutes of telly on Tuesday morning in work….one word for it….Brilliant….but I will use more….it was thoroughly enjoyable, refreshing, honest and brave??!!

Fair fucks to you Daniel ANDERSON….that’s all I can say….his record “patterns” ( seen once or twice in this video) is released tomorrow also and is in stock with us……lovely listen too, hints of DIVINE COMEDY ….better news or equally good news….he is playing Coughlans on Friday the 9th OCTOBER and ANDERSON is going to visit Music Zone on that same day to play a few tunes also…..all good…get in on the tickets lively I would think….latest tune here

Right, next up is the PIAS releases for the 25th…..

Where do I start here…..

We will give preference to age….all interesting by the way….but gotta respect the elders…

NEW ORDER have a new record “music complete” out next week on clear vinyl , cd and deluxe CD …..Minus Mr. Hook….but sounding good to be fair…getting great reviews everywhere…..

Next up is the new KURT VILE record….looking forward to hearing this one….his 6th album…” believe im going down” …have a quick listen here

Now next up is a real interesting one in my opinion….

GIRL BAND are a four piece from Dublin….with a blend of experimental noise rock, with a hint of shoegazing thrown in for a bit of measure….the lead singer looks like he should be advising wealthy old geezers on what to do with their wealth….but man both he and the music can keep your attention. big time….when I prep for this newsletter I normally listen to everything for 30 seconds at least…( there’s a lot on it every week and you do it every week at 1 am!!) but I have watched this below twice in full…there’s something happening here, what it is ain’t exactly clear….these 4 guys are playing THE PAV on SATURDAY THE 3RD OCTOBER….i would reckon get in there early for tickets again….could be a cracker….will be id say….i really like….debut album with us next Friday…. 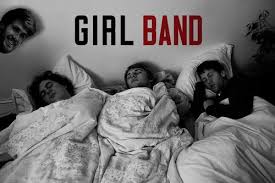 Sony has a re issue of the RUN THE JEWELS second record out on the 25th….

Proper for next week have a new COURTNEY BARNETT 7” single, MY DYING BRIDE new on o Vinyl record and the new ALVIN brothers record …not the chipmunks.

Check out the movers and shakers on the website

Woo- hoo the new JOHN BLEK AND THE RATS ALBUM tomorrow…..drop in if you are around for any or all the live stuff…