Firstly here’s the link for last weeks video diary….Bobby is back at the helm for this one.

The production team are discussing plot lines for next week….maybe a murder, an illicit affair with a bit of plastic…something juicy anyway….

This week we tell ye good folks about vinyl record releases for the 2nd of October mainly. 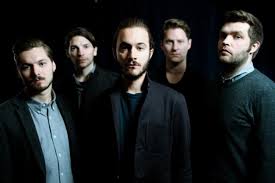 PIAS up first with the new Editors album on the Play it again Sam record label…” in dream” is the bands fifth album and the vinyl record should be gold coloured on the initial run….only 200 of them hitting these shores but will be ok for a few….

Heard a random story from a lad who comes into the Corporation about  bumping into TOM SMITH on the dock road in Limerick and getting him to sign his latest album just released that day….” Tom” “Tom” had he heard his name being called? Who is this fella running towards me…..?

“hey Tom, will you sign this please”…..” ah yeah sure….this isn’t out till Monday, how have you got it?” “….tis out on Friday in Ireland boy was the truthful answer he got…..do I bore with these random stories…do I bore I say.

PIAS have a 20th anniversary edition of the debut vinyl record and CD from GARBAGE.

Lastly to note from Pias is the vinyl record release from KAMASI WASHINGTON “the epic” . 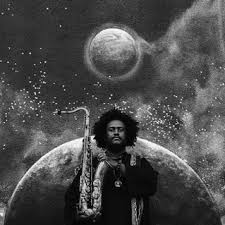 This record by the jazz saxophonist who is being name checked as a modern day COLTRANE or BIRD PARKER, is being touted as an album of the year, let alone jazz album of the year……tie in’s with the hipness of  KENDRICK LAMAR and FLYING LOTUS would help the aul image id say.

Warner has the newest release from the ever growing JOE BONNAMASSA catalogue…..lot of interest in this one….” Live at radio city music hall” is available via Mascot/Provugue on CD, CD/DVD, CD/ BLURAY and LP.

Warner also has the new TRIVIUM album “silence in the snow” which is there 7th album available via Roadrunner on CD, deluxe CD and LP. 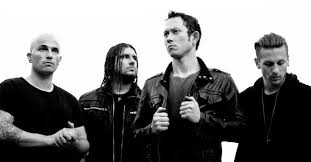 WARNER also has the second album from RUDIMENTAL “ we are the generations”  on the same formats as above.

The next in the BOWIE series of 40th anniversary 7” vinyl picture discs out on the 2nd also….” Space oddity”… this time around.

I am a sucker for the aul indie exclusive ones….wee Daniel could have a vocal and panpipe only version of GOD SAVE THE QUEEN and I would be in the queue of record shops to get my hands on it.

Reason being you may ask?

Well, if bands, artists go out of their way to try and support us by saying look we want these 2000 gold records to go to indie shops, not online, not to supermarkets, not to chain stores….well I feel as one of those shops that we should support back where we can….(its obviously a ploy for lesser known bands to get into stores, naught wrong with that)

A lot of bigger names than THE EDITORS use there own personal websites to sell the exclusive stuff….not for you Mr. Record shop man or woman…..no way, not for you.

I for one, adverse to my business as it is, would have zero qualms with the Editors if those 2000 gold records available were only available through their website….they must and need to be paid first, or the truth of it, their record label must get paid….but that’s a tale I told already or will tell again….not for now.

But when the likes of ELTON JOHN reissue “goodbye yellow brick road” on vinyl and have yellow copies available only via his personal website….that slightly irks me…Elton was around at a time when there was truckloads of money made when you were selling records, not to mind royalties…..so I find this a bit rich….but he is more than entitled to do it….i hope my point is seen here.

Universal for the 2nd have the 14th album by pop geniuses that are SQUEEZE, “CRADLE TO THE GRAVE”.

Have a little listen here… 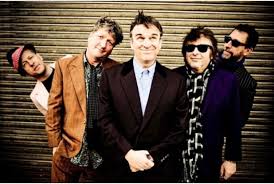 They also have an EAGLES OF DEATH METAL release featuring as ye know JOSH HOMME of QOSA.

Some PAUL MCCARTNEY solo reissues on 2CD, 2 LP and deluxe thingys…” pipes of peace” and “ tug of war”….two different fancy boxsets on the latter.

Lastly from UNIVERSAL is a live LYNYRD SKYNYRD from Jacksonville Florida.

SONY don’t have much for the 2nd….they have taken over the rights for predominately metal label CENTURY MEDIA from UNIVERSAL and so there first release is a new MALEVOLENT CREATION album, also new ones QUEENSRYCHE, NEW YEARS DAY and that PHIL SPECTOR Christmas album reissue on vinyl that is supposed to be coming out since the summer….

A complete aside here…. i traded in the broken red feestttiiii for a dark green feestttiii ( ye remember the crying at the side of the road story. Broken car, broken phone story) well the new Raymobile is a year older than the old raymobile….but what a difference a year makes….98 to 99 what went on in the ford feesstttiii engineering department….last one 99…electric windows, central locking, CD player….bare with me here, this is going somewhere….a rather meaningless somewhere, but somewhere all the same…now David Byrne….anyway the deluxe 98 version, roll up and down windows, individually lock each door, and a cassette player, yep a cassette player…heres the punchline….thanks to a few lying around at home and the generosity of a few of ye guys…mad mix tapes and all….i am starting to have feelings for these tapes, powerful feelings, hard to put into words feelings…I thinks its love…..anyway all good with the car aside from it deciding how long before it will leave you in to it and then how long before it will allow you to start the engine….other than that drives like a dream….from the early 80s….until the next sad tearful episode at the side of the road….maybe I can do the video from there.

Cargo have Belfast band GIRLS NAMES “ARMS AROUND A VISION” third full album release and I must be honest I really really like this….

MOV has JOHNNY CASH “ bitter tears” concept album about the plight of the native American Indians, they have an acoustic ALLMAN BROTHERS “ an evening with” and the MILES DAVIS bootleg series volume 4 at Newport on 8 LPs….

WARNER are using me as a medium to liberate more cash from ye…..see the cunning way I turn it on to the big bad man and away from me…mourhino would be proud….anyway, this is the story….

Attached is a Warner vinyl promotion ….

The first seven titles are a once of run of 2500 per title across Europe on bloody red Vinyl ( red is in vogue lately) …each retailing at 25 euro….

The rest of the titles on the list are reductions…best prices marked im afraid…but at least 6 or 7 cracking titles retailing at 15 euro by bands like, RADIOHEAD “ BENDS”, ZEPP 2, JOY DIVISION ‘CLOSER’ , COLDPLAY, ROYAL BLOOD, FLEETWOOD MAC, THE POGUES and THE EAGLES.

Also then a select few at 10 euro including THE SPECIALS ‘ LIVE AT THE MOONLIGHT CLUB”……anyway that’s the sceal….if anyone wants something ….pop me a mail….

Went to see JOHN BLEK AND THE RATS last Friday night …great show and the new record is a sublime listen….single here…

Anyways, sin e for this week, slan and