Universal have an ERIC CLAPTON and friends tribute to the late J.J CALE on CD and 2 LP, some top musicians among the friends.

Also some decent Vinyl reissues from DEXYS and SOFT CELL.

Also out through Universal on the 25th July is THE ALLMAN BROTHERS live in Fillmore East 1971 which is certainly up there as far as live albums go, and it is getting the works, 6 CD and 4 LP sets….. 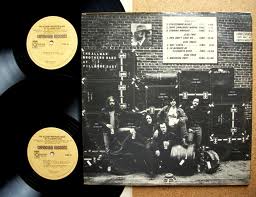 Warner have the new TOM PETTY record on the 25th also.

Please take due note from your considerate local record shop that there will be a fancy LP version hitting the shelves in about 8 weeks time….they must do this just to piss people off.

Humour me for a second with this scenario,

I am a big TOM PETTY fan and i love my records.

So Tom has a new album out and i want to buy the LP ( I own every Tom Petty LP) but there is a deluxe LP edition coming out in 8 weeks which i would love to get.

I know i can burn it, spotify it etc etc in the meantime but i want to put it on my record player…

Just bring them both out on the same day, and let people choose then, otherwise you re just going to ….

Warner also have a cracking 2 TONE best of release also for the 25th July.

Pias have new albums by A SUNNY DAY IN GLASGOW ( fairly rare i believe) and if you like some folk/metal ELUVEITIEs 6th album is out, both of these on the 1st of AUGUST.

Also forgot to mention last week RICHARD THOMPSON has a new CD out tomorrow ( was preoccupied with thoughts of the Neil Young gig, and i wasnt disappointed, they were really excellent, the 2 hours whizzed by….)

Little silly tale about young neil, he was in the shop last Friday…eehhh no he wasnt, but on the runway in da Airport when he landed there was 6 buses to take him and his gang, with 6 trailers on each bus, 3 trailers empty and only 3 people on each bus when they left ( had to be three people on each bus by account)

Neil brother you could have saved a few omissions there boy by cutting back on a few 50 seater buses….fine line they say. 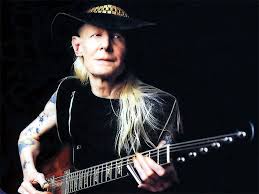 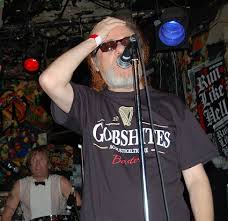 Also in the past week, the world lost two of its most influential musicians of the last 50 years so RIP both JOHNNY WINTER and TOMMY RAMONE….im sure they will have fun wherever they are…..i think Tommy may have got that T-Shirt when he heard about the Garth Brooks farce.

I got some pre-loved records into the shop today, all in great nick, knocking around for around a tenner, just to let ye know.

Don’t forget to visit us on Twitter and follow us if you haven’t already for updates here twitter.com/MusicZoneDC