Hope all is well.. Where is the year gone?? They seem to zip by when you get to a certain age.. Right so, releases for this Friday the 8th of October.. Tame enough week to be honest but we will have new releases by BILLY BRAGG, SAM FENDER, JAMES BLAKE, BADBADNOTGOOD, JOHN COLTRANE, DMAS, EFTERKLANG, TRIVIUM (CD only for now), NOAH GUNDERSEN (CD only for now) .. Reissues by JOHN PRINE, VIOLENT FEMMES, NOTORIOUS B.I.G., THE DRIVE OST, ELLA FITZGERALD, CANNIBAL CORPSE, and the DAFT PUNK back catalogue gets reissued on CD only for now...

Video for the week is up here :
https://youtu.be/c-jdWveHH0I 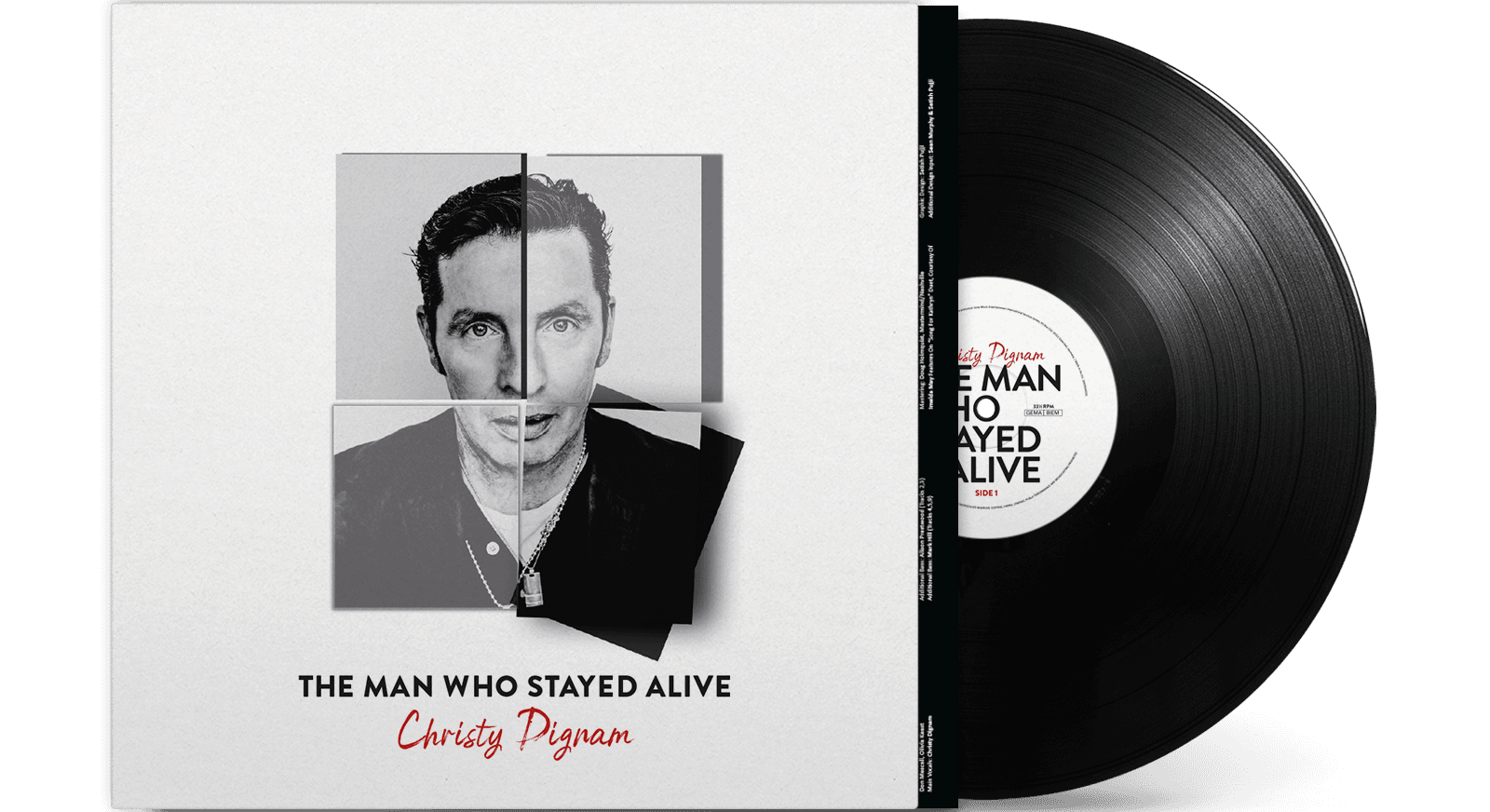 Right so i’ll move on to releases for the 22nd October.. Warner have reissues of the first four ECHO & THE BUNNYMEN records… So we have ‘Crocodiles, ‘Heaven Up Here’, ‘Porcupine’, and ‘Ocean Rain’… Some great music there.. BMG have a brand new DURAN DURAN album on the 22nd also with a CD format, deluxe CD with hardback book, standard LP and indies only red vinyl…

Warner also has a brand new album by BIFFY CLYRO ‘The Myth of The Happily Ever After’ on CD or Red Vinyl / CD set, and also there is a limited 10” EP from Biffy, ‘Errors In The History Of God’.. The last Biffy album was excellent.. Really good.. If it passed you by, well worth spending a bit of time with it.. So really looking forward to this release.. Here is a video of the two lead singles from the new record ‘A Hunger In Your Haunt / Unknown Male 01’
https://www.youtube.com/watch?v=hdX1uSwEEcQ

Provogue have a reissue of BLACK COUNTRY COMMUNION’s ‘BCCIV’ on 2LP. BMG have a reissue of tenor sax BOOKER ERVIN’s debut album from 1961, ‘The Book Cooks’.. Influential album.. Nuclear Blast have a brand new studio album from CRADLE OF FILTH ‘Existence Is Futile’ on CD, Vinyl Gatefold, Deluxe CD, Picture Disc Vinyl or CD/LP Memorabilia Box.. East Records have 3 vinyl reissues from FUNERAL FOR A FRIEND on indies only exclusives ‘Casually Dressed and Deep In Conversation’, ‘Tales Don’t Tell Themselves’ and ‘Hours’.. There is brand new albums also from HONNE, MASSACRE, new remix album from SIMPLY RED on CD, some Christmas albums on CD and vinyl, brand new SEPULTURA boxsets ‘Sepulnation – The Studio Albums 1999-2009 on 5CD or 8LP.. BMG also have the collaboration album by TONY ALLEN & HUGH MASEKELA ons CD and LP.. TURNSTILE reissue out on vinyl also as first time reissues on Oct 22nd… Lastly from Warner via BMG is the reissue of NINA SIMONE’s debut ‘Little Girl Blue’ on CD, LP or indies only clear LP… 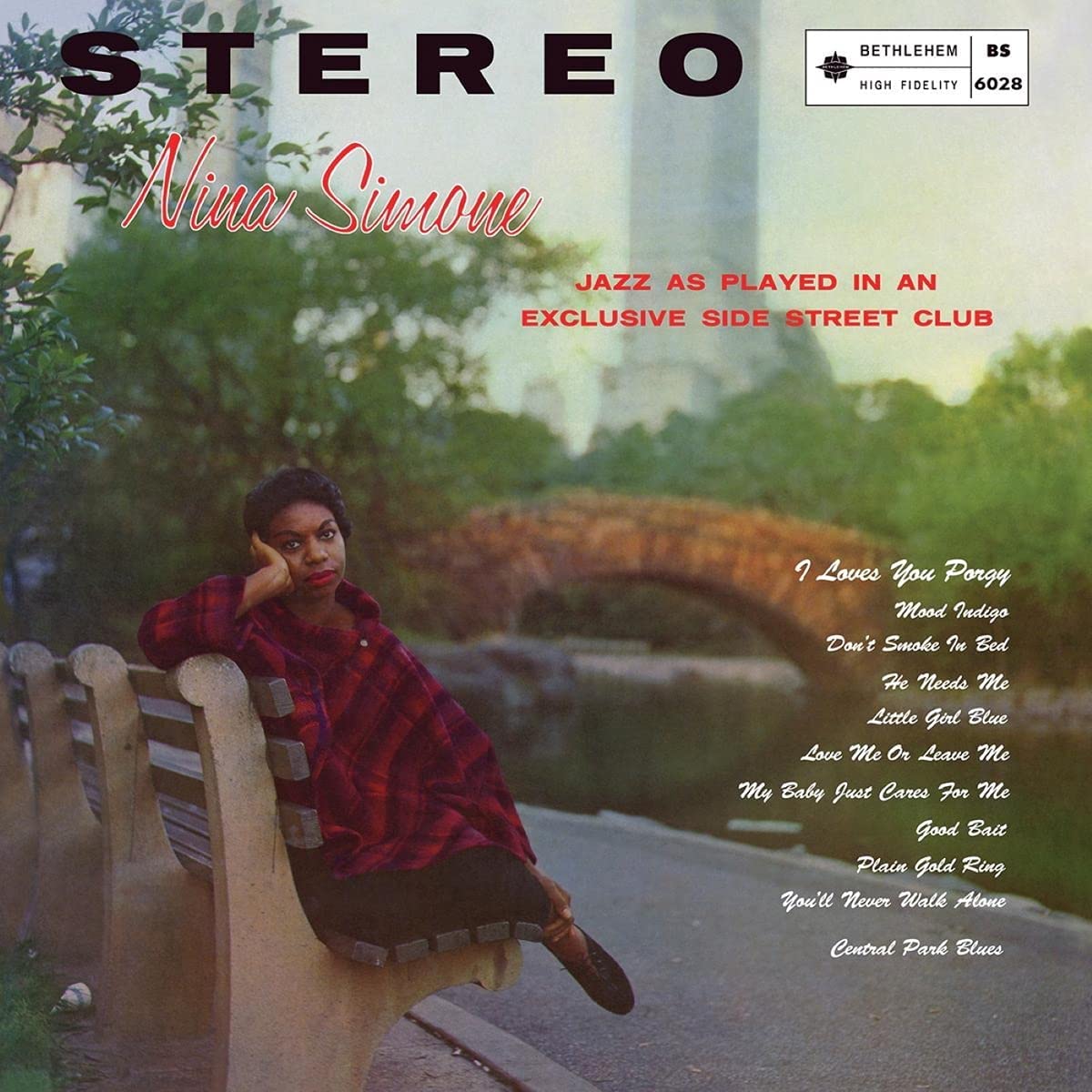 Sony for the 22nd of October have a reissue of WHITE STRIPES ‘White Blood Cells’ on black vinyl and coloured vinyl.. Whatever pinwheel colour is.. This one is not for the website we are told hence the will be no link going up for it.. Price on the black standard is €27 and the indies is €40… Let us know by email if you want a copy and will sort for you.. Thanks!! 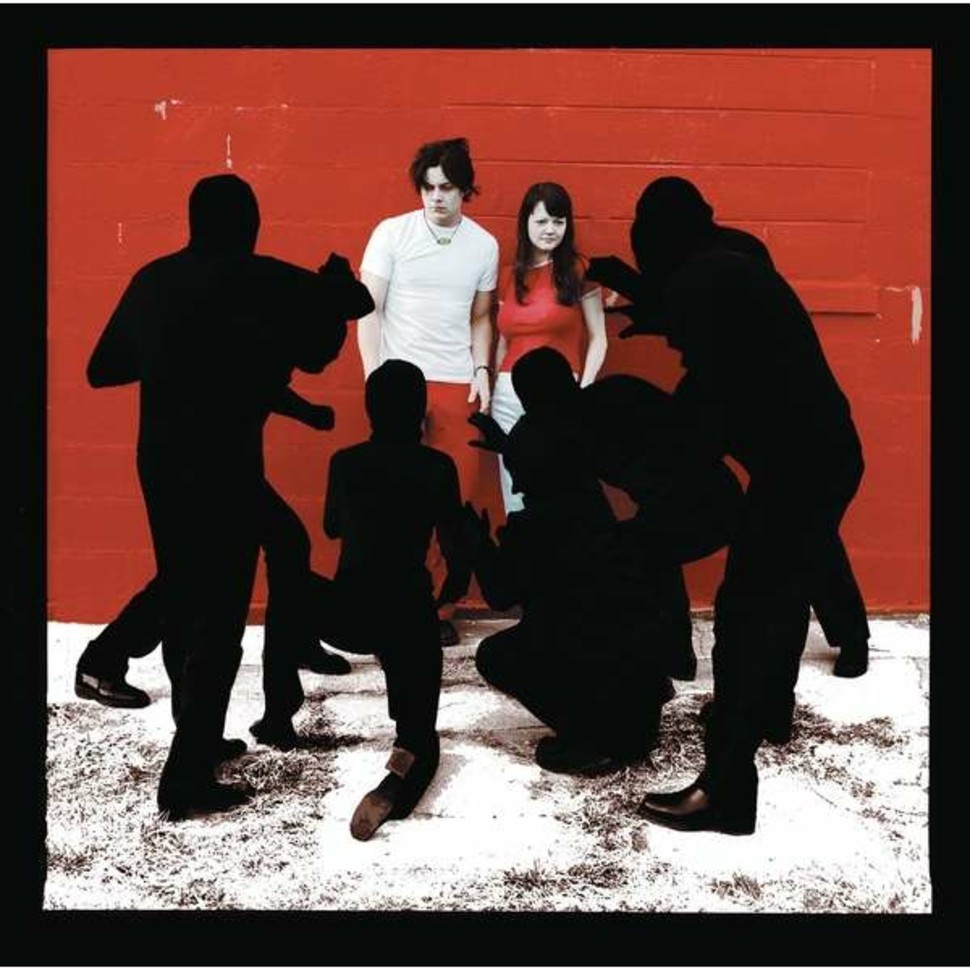 Sony for the 22nd of October also have a festive album on CD by THE PISTOL ANNIES..

The Orchard for the 22nd of October have the 4th in the SPIRITUALIZED reissue series with ‘Let It Come Down’… Just waiting on an allocation on these but hope to have at least a handful again.. Inside Out Music via The Orchard have the 15th studio offering by DREAM THEATER.. Available physically on a host of formats.. CD, 2LP/CD version, 2CD/BluRay version and a 2LP/2CD/BluRay boxset also.. Metal Blade records are reissue some SLAYER albums.. There is not great info on the limited coloured ones but we do hope we will get a few.. These titles are available also on CD or Standard Vinyl… So being reissued are the debut ‘Show No Mercy’, first live album ‘Live Undead’, second studio album ‘Hell Awaits’ and lastly the ‘Haunting The Chapel’ EP.. The EP was released between debut and second albums.. I have emailed trying to get numbers on the Slayers…

Republic of Music for the 22nd of October have the brand new and 4th studio album by GLASVEGAS called ‘Godspeed’ on indies green vinyl.. It seems like a vinyl release only.. Madness in my opinion.. Why alienate physical CD buyers?? If it costs a label €2 to send a CD to a shop it costs them a lot.. Do a run of 500 CDs anyway.. Probably make 3k profit on 500 CDs.. So it alienates and makes no business sense Either.. I could be wrong and the maybe the CD is out further down the line.. I don’t get it if there is none produced though.. Same thing with a download code.. They seem to be becoming less and less.. More madness. It should be given if you buy a vinyl record… Give the bloody code… The LPs are dear enough.. The amount of folk who walk away form the vinyl because here is no code is a 3/4 people a week.. Listen to the frontline.. Codes are important.. More and more we need to see, not less and less.. Again it does not make sense to me.. Some of the 3/4 a week will buy CD.. Others will just leave it altogether… No good for us or for the record company..

ROM also have THE STOOGES ‘Live At Whiskey A Gogo‘ and PINK FLOYD in Jazz tribute album..

Integral for the 22nd of Oct have a 7” by IDLES, as well as brand new albums by MY MORNING JACKET and PARQUET COURTS..

Integral for the 29th of Oct has a new album by ADAM BALDYCH (jazz violinist) on ACT.. Rough Trade releases a deluxe edition of ‘Sound & Colour’, ALABAMA SHAKES ground breaking, sophomore, Grammy Winning 2015 album.. There are 7 bonus tracks.. CD or Coloured vinyl on this one.. Dead Oceans release KHRUANGBIN ‘Mordechai Remixes’.. We all love the studio album here in the shop so looking forward to this one.. Bella Union have the new MARISSA NADLER album ‘The Path Of The Clouds’ on CD, or 180GM White Vinyl with download code.. Yipee for Bella Union.. All together now.. Hip hip.. Hip hip… And there is a nice special version for indie shops.. 180gm silver and white vinyl, with a 12 x 12” print and the code! Here is ‘If I Could Breathe Underwater’ from the new album
https://www.youtube.com/watch?v=f4WYnSSw34w&ab_channel=MarissaNadlerMusic 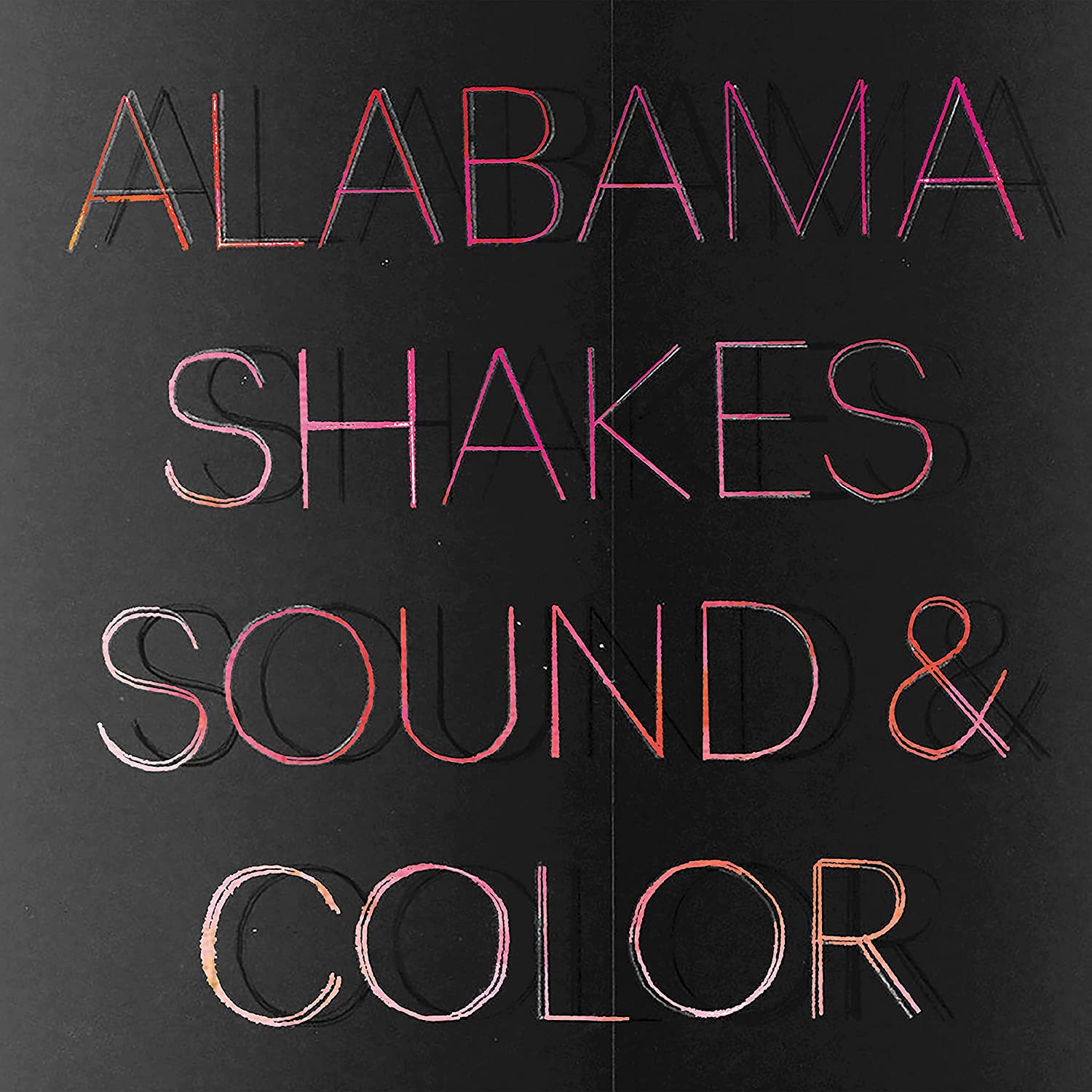 Warp have a brand new album by NIGHTMARES ON WAX for the 29th.. It’s on CD, standard vinyl and indies only blue vinyl… Here is ‘Own Me’
https://www.youtube.com/watch?v=uIswBvJv0wQ
I’m gonna mention it in future when I see a code with it so there is a cod with the N.O.W. album also.. There is a nice Act Jazz Compilation on CD also.. Nice list of great artists.. The Spirit of Jazz is the title.. Lastly from Integral, Soul Jazz Records Presents : CUBA – Music and Revolution : Culture Clash in Havana Experiments In Latin Music 1975-1985 Vol. 2.. Compiled by Gilles Peterson and Stuart Baker.. It is on 2CD or 3LPs..

Hey folks,
Quieter from me this week, I’d say the week of OOct 22nd / Oct 29th which are linked for the site this week are the busiest of the year (definitely the busiest so far for the year anyway, we’ll see how November shapes up!), which eats into time at getting down the road releases programmed. A nice one none the less is the new PAUL WELLER release coming via Universal for December 3rd. It is ‘Paul Weller with Jules Buckley & the BBC Symphony Orchestra – An Orchestrated Songbook’, a live concert from Weller captured in May 2021, performing hits from The Jam, The Style Council and solo material with a full orchestra. No vinyl yet on this but it lands in December on standard CD or as a deluxe CD house in a hardback book. 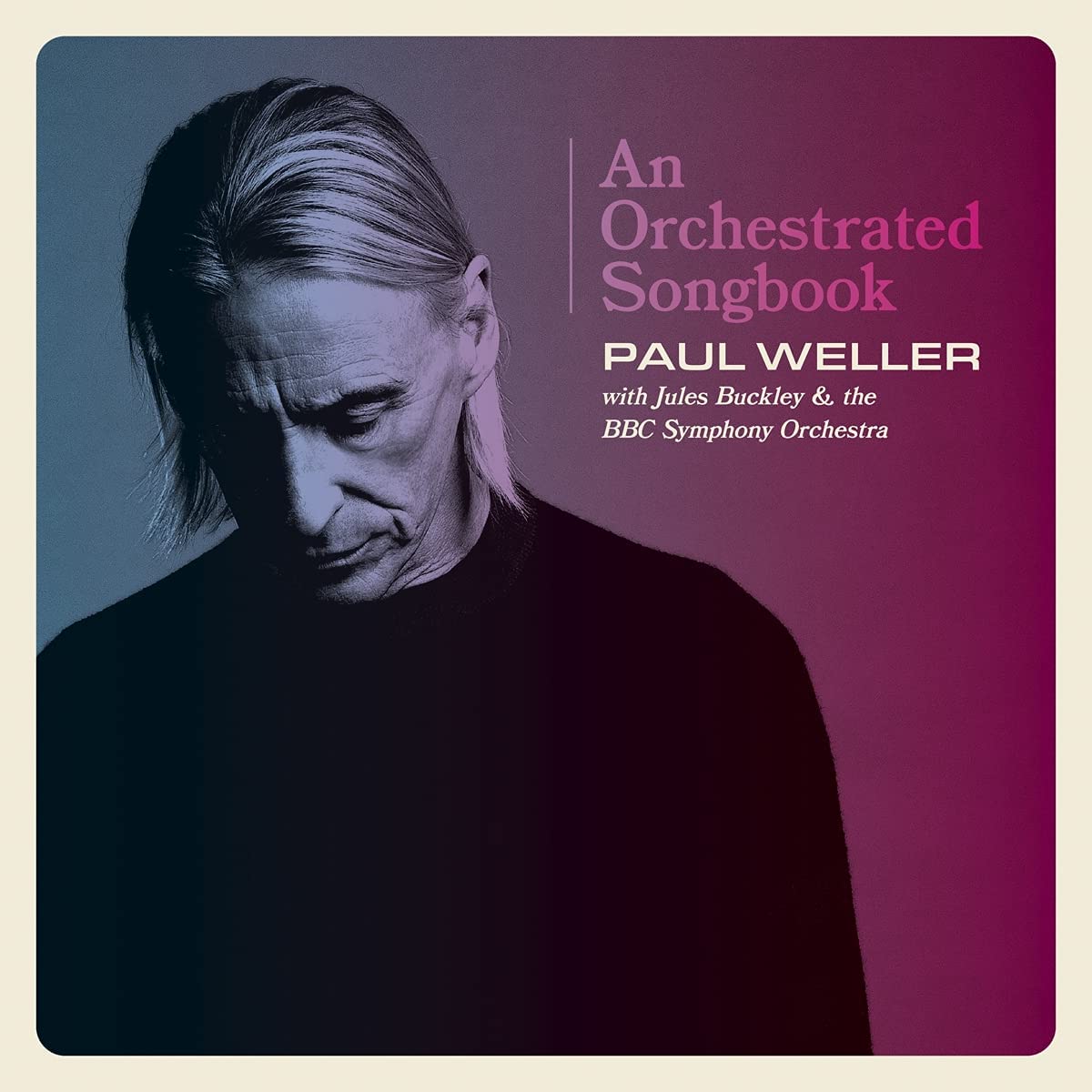 Quick note also on THE WAR ON DRUGS new record ‘I Don’t Live Here Anymore‘. There has been another vinyl added, with a nice red exclusive vinyl landing now with a few of the indie shops in the country. So now there is CD, Standard Black Vinyl, Indies Blue Vinyl or this new Exclusive Red Vinyl. All formats enter you into the competition to win a pair of tickets to the April 2022 show in the 3Arena in Dublin

JOOLS HOLLAND has a new album out in November via Warner, entitled : PIANOLA : PIANO & FRIENDS. It’s a collection of piano tracks that have inspired Mr. Holland and features guests such as David Gilmour, Gregory Porter, Joe Bonamassa, Rick Wakeman and more. Coming on November 19th on CD or 2LP Vinyl.

Finally from mise for this week, fresh from the press and only announced in the last hour or so is the next in the live series from CAN, this time ‘Live in Brighton 1975’. Extremely well remastered live albums all from original tapes by all accounts with this series. This one is coming on CD or as a limited gold 2LP Vinyl on Dec 3rd

That’s it from me folks, hopefully will have a few more next week for ye. Back to the bossman!

Thanks Bob!
Universal for the 22nd of Oct have ELTON JOHN’s ‘The Lockdown Sessions’ on CD and LP.. THE ROLLING STONES have the deluxe versions of TATTOO YOU out.. Formats are CD minipack, 1LP Standard Black (Mick cover), 2LP 180gm double deluxe vinyl, 4CD Boxset and lastly the 5LP boxset.. LANA DEL REY has a brand new album ‘Blue Banisters’ on CD and LP.. Here is ‘Arcadia’ from the album
https://www.youtube.com/watch?v=4mECX60FVJQ&ab_channel=LanaDelReyVEVO 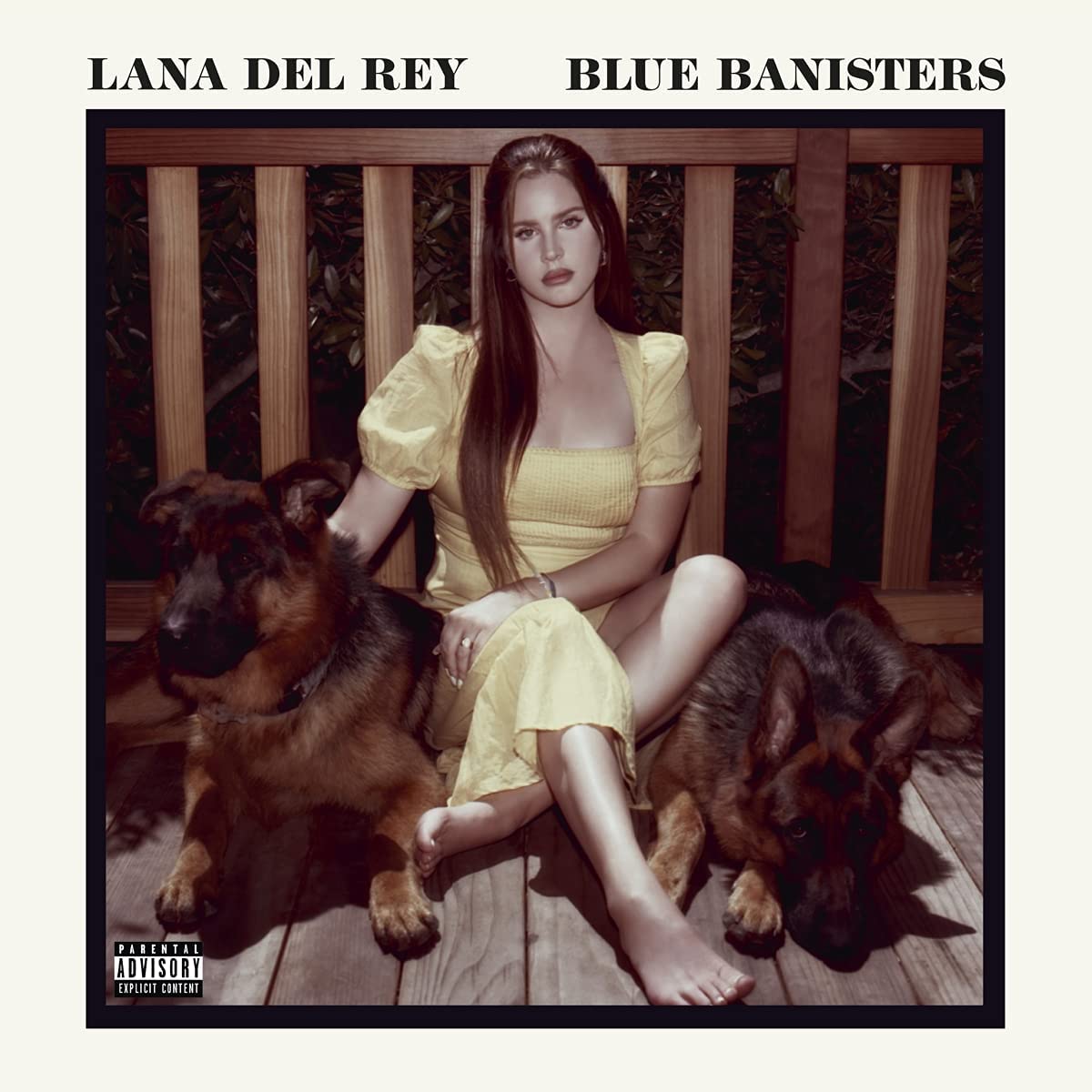 Uni also have the OST to ‘The French Despatch’ movie and JARVIS COCKER ‘Chansons d’Ennui Tip Top’ which is a new album and a nod, tip of his hat to French pop music..

Sin é really for this week folks
Thanks for listening as always
Ray, Bobby & Shane
musiczone.ie