Hope all is well folks.

Thanks to those brave warriors who came out to support the KEELEY instore last Saturday here in the shop….if i didn’t get to thank ye in person, then big thanks now…twas lovely and probably circa 20 to 25 people to see the performance…there is always a little element of potential egg on the face with these in stores…it was a sweltering saturday afternoon so for folks to make the effort , we really appreciate it…there are 6 or 7 of ye who are serial in store goers and we depend on ye…if folks dont show up, then they will cease …anyway, thanks a mill again to those of ye who came out to us…i know Keeley and the band really appreciated it also.

Main week of focus for this week is Friday the 29th of July, we shall start with Warner who have the 50th anniversary reissue of JETHRO TULLs “ thick as a brick” as a half speed master of the Steven Wilson 2012 remix with the original newspaper packaging…there is a limited cd/dvd book format coming in on the 7th of October. 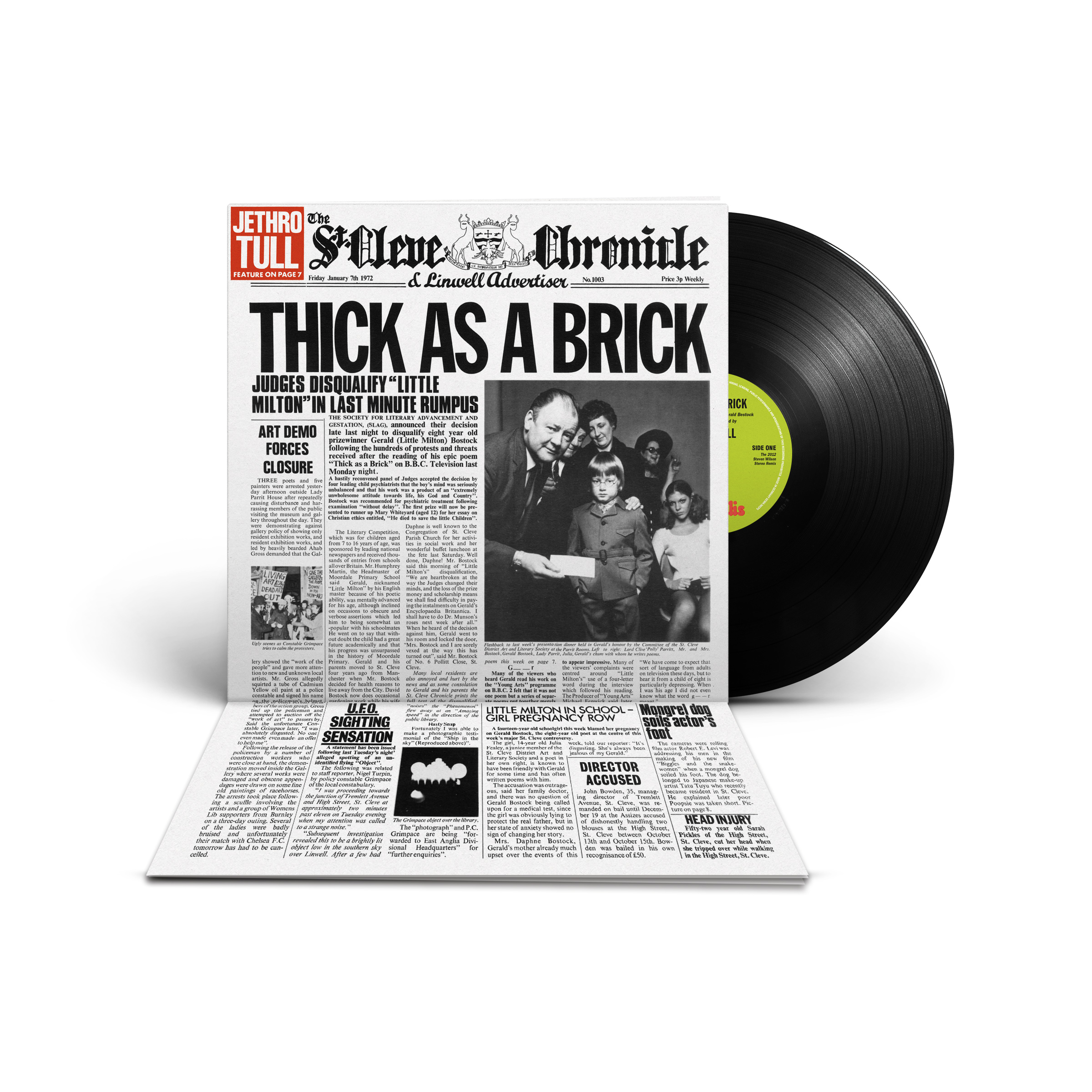 There are some GRATEFUL DEAD reissues on Rhino with the 50th anniversary reissues of EUROPE 72 as a 3lp set or 2 cd set and also a 4CD set from the show in the Lyceum theatre in London in 1972 also.

There is a VOIVOD 7LP and 6 CD set “ forgotten in space”.

There is a new MARCUS MILLER “renaissance” cd as a 2 cd.

There is a 30th anniversary triple lp reissue of FEAR FACTORY‘s debut album on Roadrunner “ soul of a new machine” …it is a rare record having a really limited press 30 years ago and never getting a press since…on the expensive side but will be rare again as is a limited hand numbered edition this time around.

BELPHEGOR “ the devils” on Nuclear Blast is now the 29th of July, STANLEY CLARKE, MARCUS MILLER and VICTOR WOOTEN (SMV) reissue “ thunder” on LP via Bmg. (  I think our Shane is delighted!) 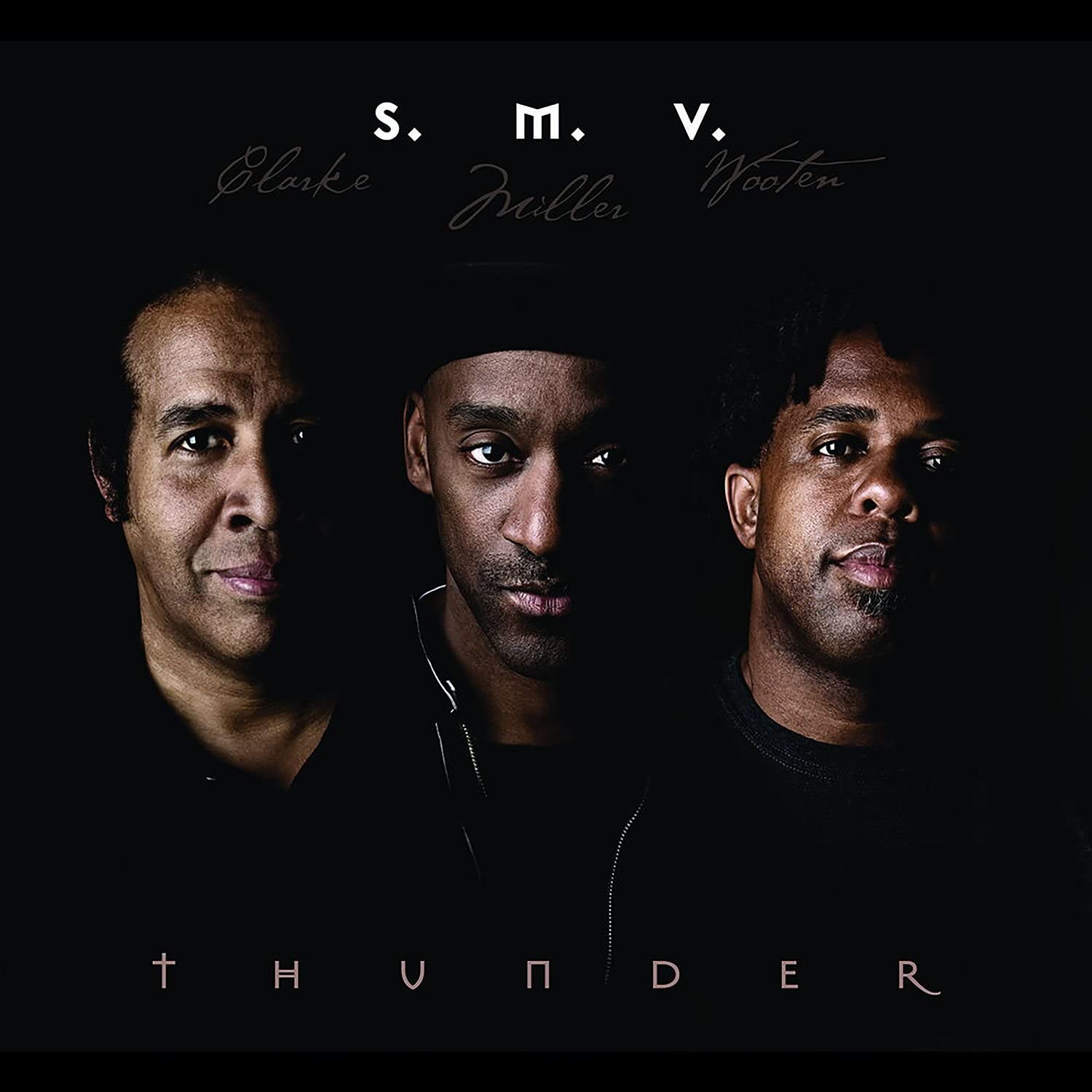 Rhino Warner has LITTLE FEAT “ waiting for Columbus’ ‘ as a super deluxe 8 CD version or as a 2lp…the 8 cd boxset includes the original album plus 3 live shows.

Cargo has a few on Rhythm and Blues records for the 5th of August…THE BEACH BOYS live in Paris from 1969 is released on Vinyl, THE BEATLES wembley park studios 1964 7” EP is released, THE ROLLING STONES from the Ed Sullivan show 7” ep is released as well as fresh pressings of JOHN FRUSCIANTEs “ curtains” and “ the empyrean”.

Just got a beautiful new album dropped into the shop in the last few days…“Hand me Down the Moon” is the debut solo album from Cork based folk singer songwriter Eoin Jordan. A mix of self-penned and traditional material it features some of the finest musicians in the Cork area, including Declan Sinnott, David Murphy, Ilse de Ziah, Anthony Ruby, Chris McCarthy, and Gráinne Gormley. The album was recorded over the past two years in De Bunker Studio, East Cork with Dave O’Connell at the controls. 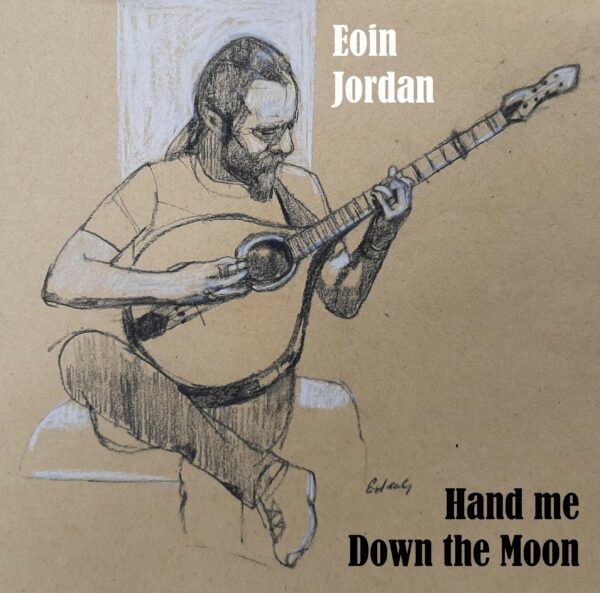 A former member of The Ceili Allstars, The Diviners, and David Hope & the Henchmen, this is his first foray into the world of the solo artist. He is equally at home playing contemporary and traditional music. Influences include Folk & Traditional music, Blues, Rock and Jazz. He has performed and shared a stage with acts including John Spillane, Steve Cooney, Mary Coughlan and Ultan Conlon, as well as recording with many different acts including Hank Wedel, David Hope, Street Corner Messiahs and John Leo Carter.

“I’m really enjoying Eoin Jordan’s progress into a really good singer-songwriter. I look forward to working with him as he unfolds his story.” Declan Sinnott

Here is “ amber” from a beautiful album…

We have copies in the siopa and available on the website now…i think Eoin is game ball for an instore so we will organize that for some Saturday soon!

The Orchard for this week sees the release of the new album from Nas with a Ltd. Black & White ‘Galaxy Effect’ Vinyl, the latest from Suicideboys, the first time on Vinyl release of The Finn Brothers album ‘Finn’ and Hooveraiii with new album ‘A Round Of Applause’. We also have Whiskey Myers on Thirty Tigers, a 25th Anniversary Edition of the Ani Difranco ‘Livin The Clip’ plus releases by Ithaca, Arch Enemy, Funeral Chic and more…

There are also some delayed  Vinyl formats of Kula Shaker (10th June), Deap Vally (19th Nov 2021) and Thrice (6th May) plus The Dead South, the CD version of which was released back in March.

A major sidetrack im off on here now….next month is 3 years since the fire and we are nearly in To(u) gher the same length of time we were back in Douglas village shopping centre…3 years…happy out here, hopefully upheaval is hiding from us for a while….anyways …this isn’t going to be vaguely interesting to nearly anyone who reads this id say, but sher you might know someone who might be interested and maybe you could let them know….let em know what Ray ffs…it was a different world before fire and covid and we were in a decent footfall area so we had to stock products that basically we can’t give away out in Togher…we are more or less solely a record shop now, the way we want it  to be honest….but from our 2019 days we have about 5 or 6 k worth of dvds/blurays…mainly dvds….some shrink wrapped, some not 50/50…we have slashed them to half price and more …up to 80 per cent in a lot of cases and we have thrown them up on the site ( well we are about 50 per cent of the way to getting them on the site) heres a link to them…if you know anyone who would be interested you might share the link or let them know please…

I’ll plug it again when we have them all on the site and again and again!!!

Uni for the 29th of July has the vinyl release ( finally some might say) of the new EDDIE VEDDER album “ Earthling” on a standard vinyl or there is now we are informed an indies shop/hmv shop only variant on coloured vinyl with a gatefold sleeve, out via Seattle surf/Republic records. Here is “ long way” from the album

Maggie Rogers second album hits the shelves on July 29th also ( her first album was smashing) it is out via Capitol US and will be available on cd, std vinyl and indies only tangerine vinyl…here is “ thats where i am “ from the new record

(9) Maggie Rogers – That’s Where I Am (Official Video) – YouTube

THE CHEMICAL BROTHERS 2nd album “ dig your own hole” has its 25th anniversary 2 CD version with 5 unreleased tracks on EMI.

TEDESCHI TRUCKS BAND “ i am the moon” part 3 is out on the 29th july via Fantasy.

Real World records present a reissue on triple vinyl or on double cd of their rosters “ live at Womad 1982” which includes ECHO & THE BUNNYMEN, SIMPLE MINDS, PETER GABRIEL, THE BEAT and a host of world music acts and stars.

There are 5 EMPEROR vinyl lp reissues on Candlelight. 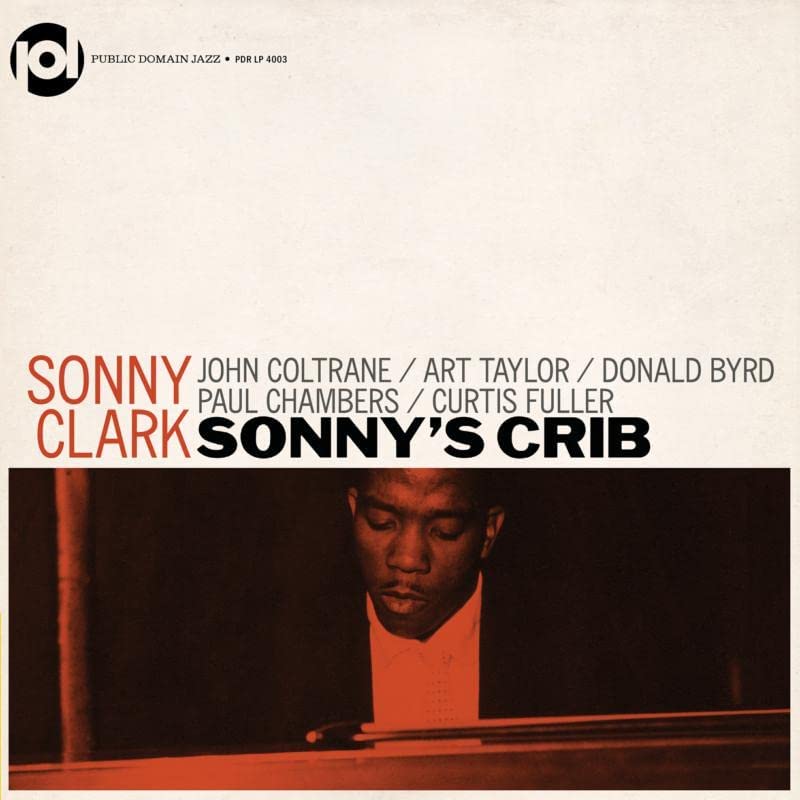 Proper also has live at Rockpalast by MUDDY WATERS on Mig records, a couple of NICK LOWE remastered vinyl reissues of “ the convincer” and “ the old magic”, there is a brand new JOSH ROUSE album via yep roc on cd and lp, and lastly there is a TANGERINE DREAM reissue of “ machu picchu” via Kscope on lp and cd…its a 42 minute one piece homage to John Peel which Edgar Froese didn’t want to release “ i made it fro myself” …his wife thought better ( as they hold that power) of it and he succumbed to having it released…originally in 2012 and now again on LP and CD.

Integral for the 29th of July has reissues by THE CRIBS, BASEMENT JAXX, FAITH NO MORE, JIM JAMES and TWO DOOR CINEMA CLUB as well as a new album from AMANDA SHIRES,

Going to hand ye over to Shane whom I think has a fairly full plate today…do your best kid ( i kinda helped fill that plate) there’s always next week!….

Howdy everyone, hope all is good out there! There was an avalanche of stuff from the record companies this week so I’m just going to list everything out in bullet points!

That’s all from me this week, we’ll try to get a few of the more important links that were missed done for next week.

Back to you Ray, cheers!

Thanks a mil Shane!

pull-out poster with lyrics. Here is “ earth” from the new album 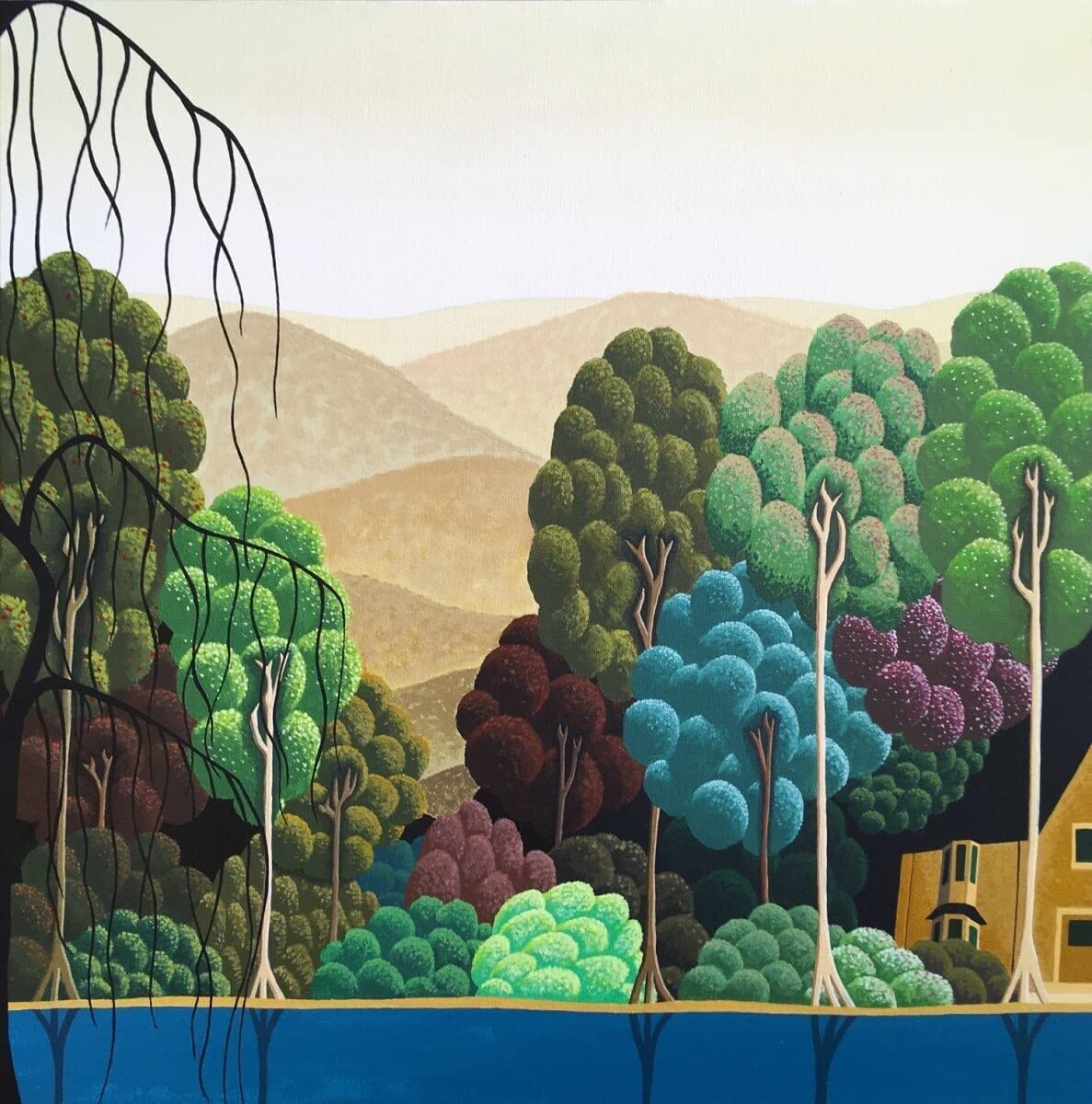 Integral also has a new album from JOHN CARROLL KIRBY “ dance ancestral” on lp only via stones throw and soul jazz records present “ studio one music lab” on cd or lp.