Hi Everyone,
How’s the form?… Listen i’m going to start with RSD I suppose… Huge huge and sincere thanks to all of ye for celebrating our survival day… Ye’r terrific in fairness. About 5% back on last year but still three solid week’s business in one day (and not a whole pile of stock left over) so overall a great day… I feel the atmosphere is so unique on the day so thanks to each and everyone one of ye who parted with their cash on the day to support what we do… Thank you

Thanks also to Bobby and Shane for being my arms and putting up with my grumpiness at times.. Top men as always…

Thanks a million to Tim our video man.. Time works the video nearly all day long.. 7:30 – 5 in fact then goes and edits it.. And produces it.. Again for a handful of records.. Top man again.. Doing it for the cause also.. It would not be done if Tim wasn’t involved.. So thanks kid (anyone looking, or sons or daughters of yers looking for a video man.. you will not go wrong with Tim)..

Thanks a million to Bartosz and his team here at Douglas Village.. Its a big event and i’m always asking for this that and the other, and the answer is more or less always YES… You can’t ask for more than that.. Top man

The day wouldn’t be the same without the musicians that graced our stage for us (all for a bottle of water and a record of their choice.. And a bit of promo in the centre, on the radio and on the auld social media malarkey)..

The Alkove kick us off and they brought so much fun to the event.. They were perfect as openers, good tunes and great fun, the had the place bopping
The Shaker Hymn were up next.. I have mentioned these boys numerous times in the past, cracking little band, serious good tunes.. I have their new EP on repeat in the car stereo for two weeks.. It gets better lads every day… Quality songs.. 5 of them for €5.. Where would you get it.. Quality, original, independent, Irish music for a fiver… How much is a cup of coffee these days??
Ian Whitty and the Exchange were up next and the lads put on a great performance.. Top songs by top lads.. Firm favourites here with us…
Gavin James was up next and although he did not perform as his voice was gone, he still turned up and smiled, photographed and autographed for nearly an hour.. A Lot more would have rang up and said no can do, but in fairness he showed up.. Fair play..
Next up Marc O’ Reilly and wow he blew me away.. I thought he was just phenomenal, crikey so talented.. Tremendous stuff.. Only saw Marc live once before but i’ll be seeing him a lot more in the future..
Gerald Ahern and his band were next, a late edition to RSD but they had some tunes and played really well.. Gerald has progressed a lot musically in the last few years…
Next up were The Grunts and I for one loved it.. The lads are sound, and were really tight.. Good tunes, old style rock n’ roll, punchy vibe going on… They have a song something along the lines of “The Man Who Stalked You Is Now The President” and man they nailed it on the day.. Well worth catching it when Tim has the video done…
Last but not least was Sara Ryan who gave a really lovely performance.. It was late in the day at this stage, maybe half 4 but there was still 20 or so people stayed for the performance.. You couldn’t hear a pin drop.. Chatting to Sara after and she commented on it.. She said it was scary because she knew people were really listening to her.. So bul a bos to ye folks and major bul a bos to all the musicians who perform,ed for us on the day.. Ye guys really help make it so special..

Anyway, sorry.. I get carried away sometime.. Releases in the shop this week include THE ROLLING STONES, ELBOW, CAGE THE ELEPHANT, FAT WHITE FAMILY, LOYLE CARNER, reissues by RICHARD SWIFT, BLIND FAITH, MARIANNE FAITHFULL, WITHIN TEMPTATION, THE WANNADIES, ALTER BRIDGE, CORROSION OF CONFORMITY, THE PASSION OF THE CHRIST O.S.T, and “Collected” MOV compilation releases from STATUS QUO and GERRY RAFFERTY. 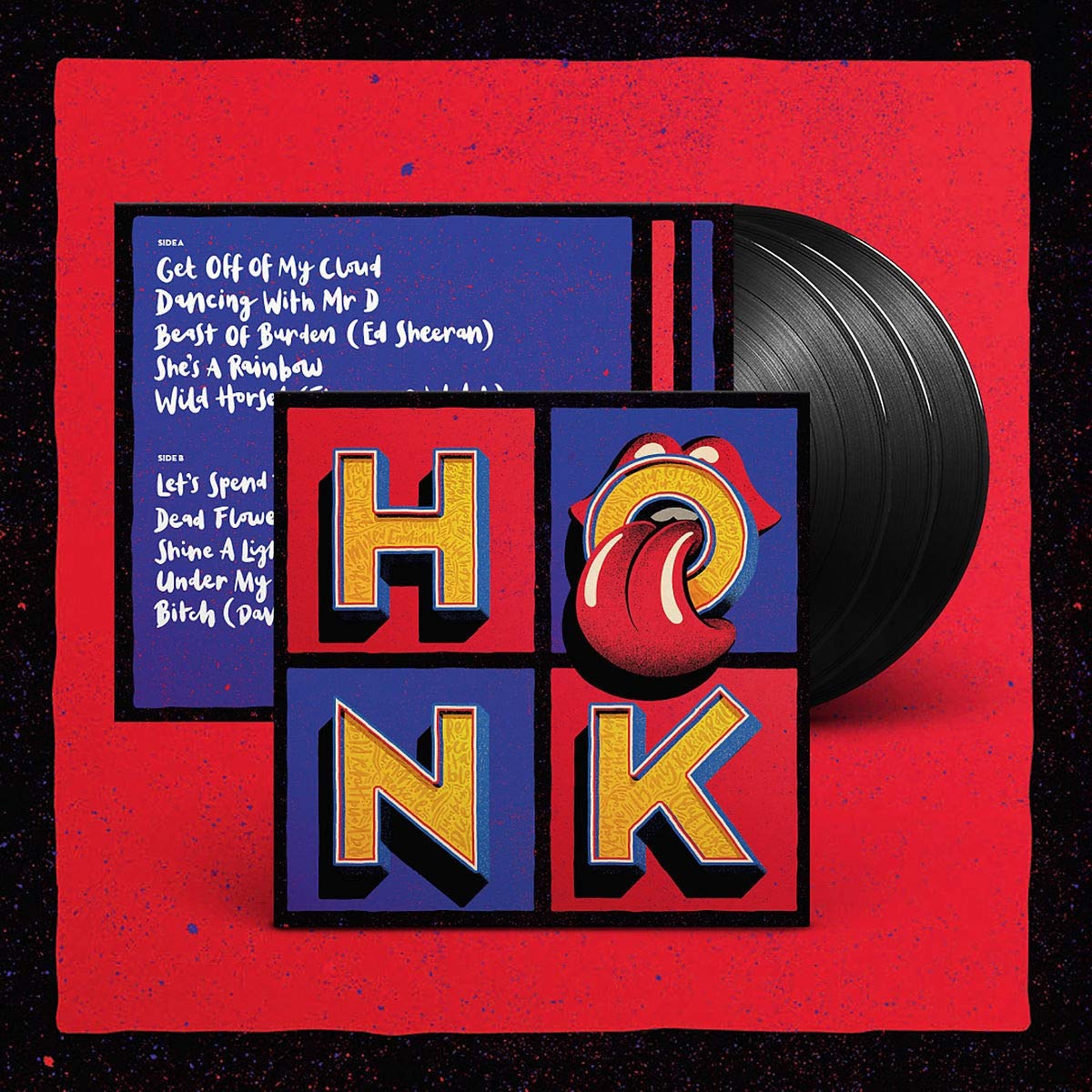 Video up this week here for you!
https://musiczone.ie/videos/

Moving on to releases for 26th of April.. Sorry CRANBERRIES is out that day.. I may have billed it for the 19th last week.. Head swimming.. It’s the 26th for the final CRANBERRIES album…

Sony for the 26th of April have the P!NK album on CD only for now.. Great pop act i.m.o. New albums is called Hurts 2B Human.. Sony also have PRINCE “Ultimate Rave” on CD.DVD and a PRINCE 2LP reissues of “Rave Un2 The Joy Fantastic”, one is a remix album of the other..

The Orchard for the 26th (ahhhhh the Orchard).. I promised ye a slap off them… A deserved slap.. Here was the story with my RSD order.. Stock ordered.. Stock allocated.. Good fill.. No major cuts.. Keyed to my account.. No issues.. So i’m saying ship it.. Not shipping.. ship it.. Not shipping.. Everyday that passes, my stock is depleting.. Jim in Dorset wants on of them.. Bob in Norfolk needs on of those.. Réamann is Sister Rays needs one of those… Until My stock was gone.. “Take it from Paddy’s box”.. “Sure it’s only dumb Paddy”.. It smelled with “No Irish need apply” be honest… Got 5 unites of Orchard RSD Stock on Monday the 15th of April.. 2 Days after the event.. Apologies to those who were let down.. Sin an scéal…

The Orchard have the new JOSH RITTER album for the 26th of April “Fever Breaks” on CD, LP and indies only LP… New LAMB album also “Secret of Letting Go” on CD and LP..

Universal for the 26th of April have the new album by CATFISH AND THE BOTTLEMEN.. “The Balance” on Island records, available as CD and LP.. Uni also have Bear’s Den new record on Communion Records, and there is the CD release of the MARVIN GAYE lost album “You’re the Man”.. Universal also have the first posthumous release from J.J CALE called “Stay Around on Because Music.. This comes as a 2LP/CD set.. Not bad money maybe €30.. “Roll On” by Cale gets a reissue also CD/LP for €25.. Universal also have some LP reissues by JAMES BROWN of “Motherlode” and the O.S.T to “Black Caesar” also… 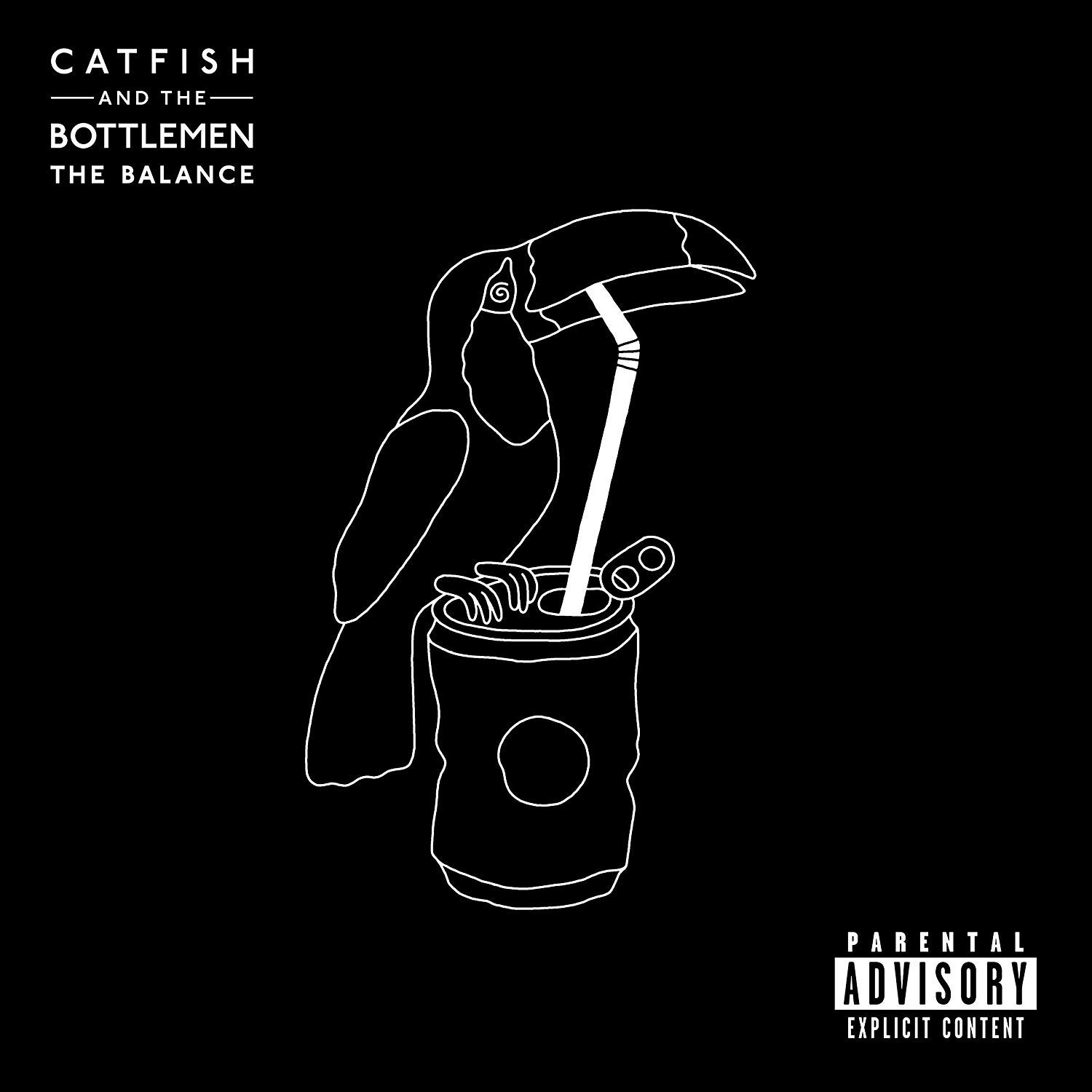 Nice MOODY BLUES “Live at the BBC” release as a 3LP, first time on vinyl and it’s a limited numbered coloured edition.. “The Great Adventures of Slick Rick” gets a reissue and there are cassette reissues of all BJORK albums..

OK so, new THE NATIONAL album out on the 17th of May.. Time to take the auld cap out of the arse pocket again.. You’re some man Raymond boy… How many weeks business on Saturday… Well Kanye’s got this new feature on his yacht.. Anyway don’t want to bore ye with that… Pricing not outstanding here from 4AD.. Four physical formats available to me… Best price jobs are €15 for the CD, Standard 2LP is €32 and Deluxe 3LP is €46,  and the indies only coloured 2LP version is €40.. I have queried this one’s price with 4AD and how limited a press it is… Anyway they are the best prices we can do folks so if interested… Here’s the info on the triple one…
5th side contains 22 minutes of music from the I Am Easy To Find Original Film Score – Exclusive to this format – etching on the 6th side – Tri-fold LP jacket – 3 printed innersleeves – 24 page booklet – 24” x 24” poster folder – housed in printed plastic sleeve.
It’s a piece of art really I suppose.. 16 tracks and an extra 22 minutes… 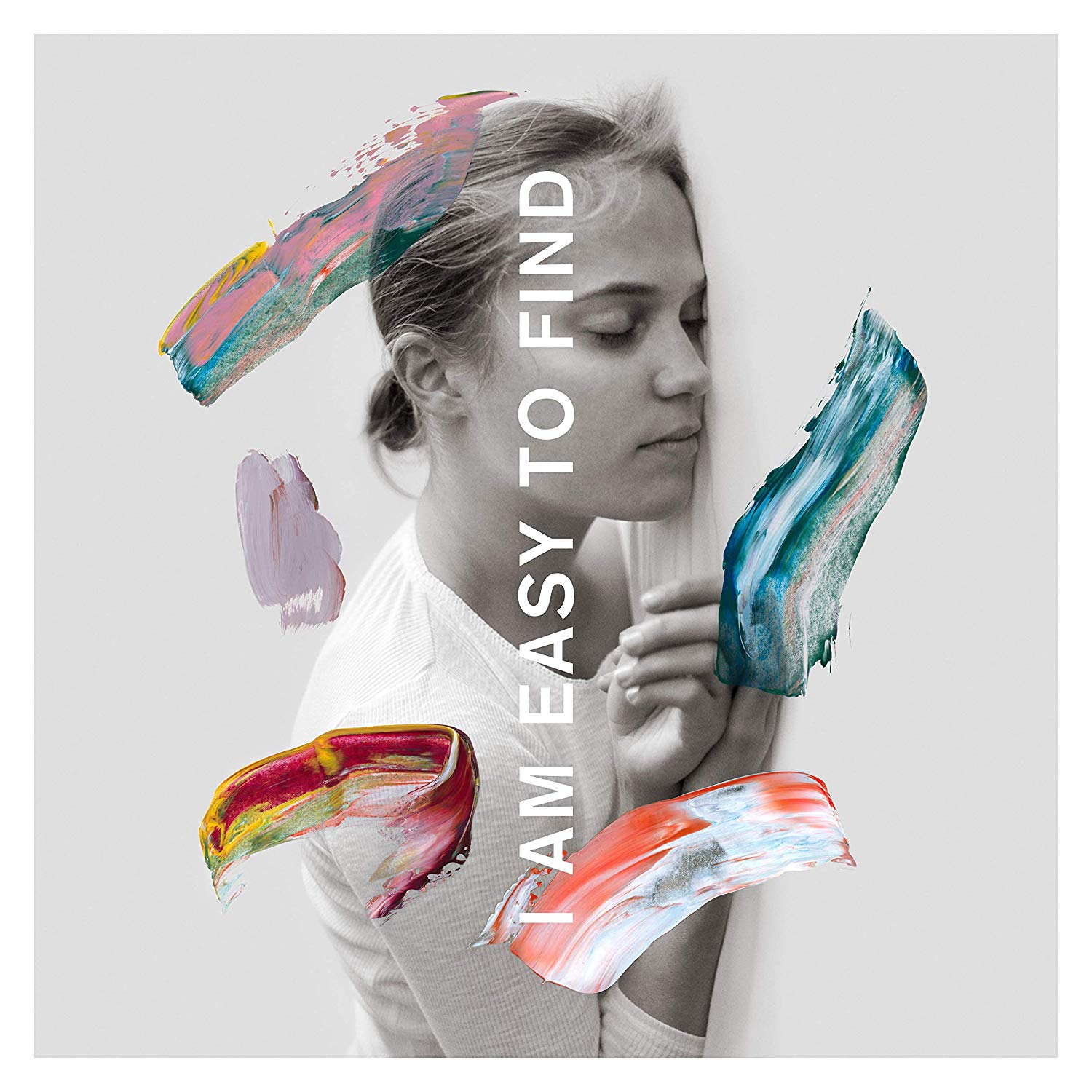 PIAS for next week have the new SOAK album “Grim Town” after Choice winning and Mercury nominated debut album, out via Rough Trade on CD, DLP and indies only DLP with 7”.. KEVIN MORBY has a new album out via Dead Oceans on CD, Cassette and indies only 2LP, and also out is the new ALDOUS HARDING album “Designer”, out on CD, LP or indies only LP.. I like that “The Barrel” tune..
https://www.youtube.com/watch?v=QyZeJr5ppm8

KING GIZZARD the Aussie psychedelic 7 piece have a new album out next week called “Fishing For Fishies”, and there is a ROLLING BLACKOUTS new 7” single released for Indie shops only..

MOV for the 26th have MATTHEW SWEET “Altered Beast” blue vinyl, 1k only.. ROBERT CRAY gets the “Collected” 2LP treatment on red vinyl, 2k worldwide only… ALLMAN BROTHERS “Where It All Begins”, 11th album reissued on 2k blue vinyl.. PETER GREEN’s “Little Dreamer” is out as on orange and yellow vinyl, 750 worldwide… BIG COUNTRY “The Crossing”, debut album reissued with 4 bonus tracks, and MILES DAVIS “Miles In The Sky”.. Finally from MOV is a nice one, with IAN BROWN‘s “Monkey Business” reissued on vinyl.. 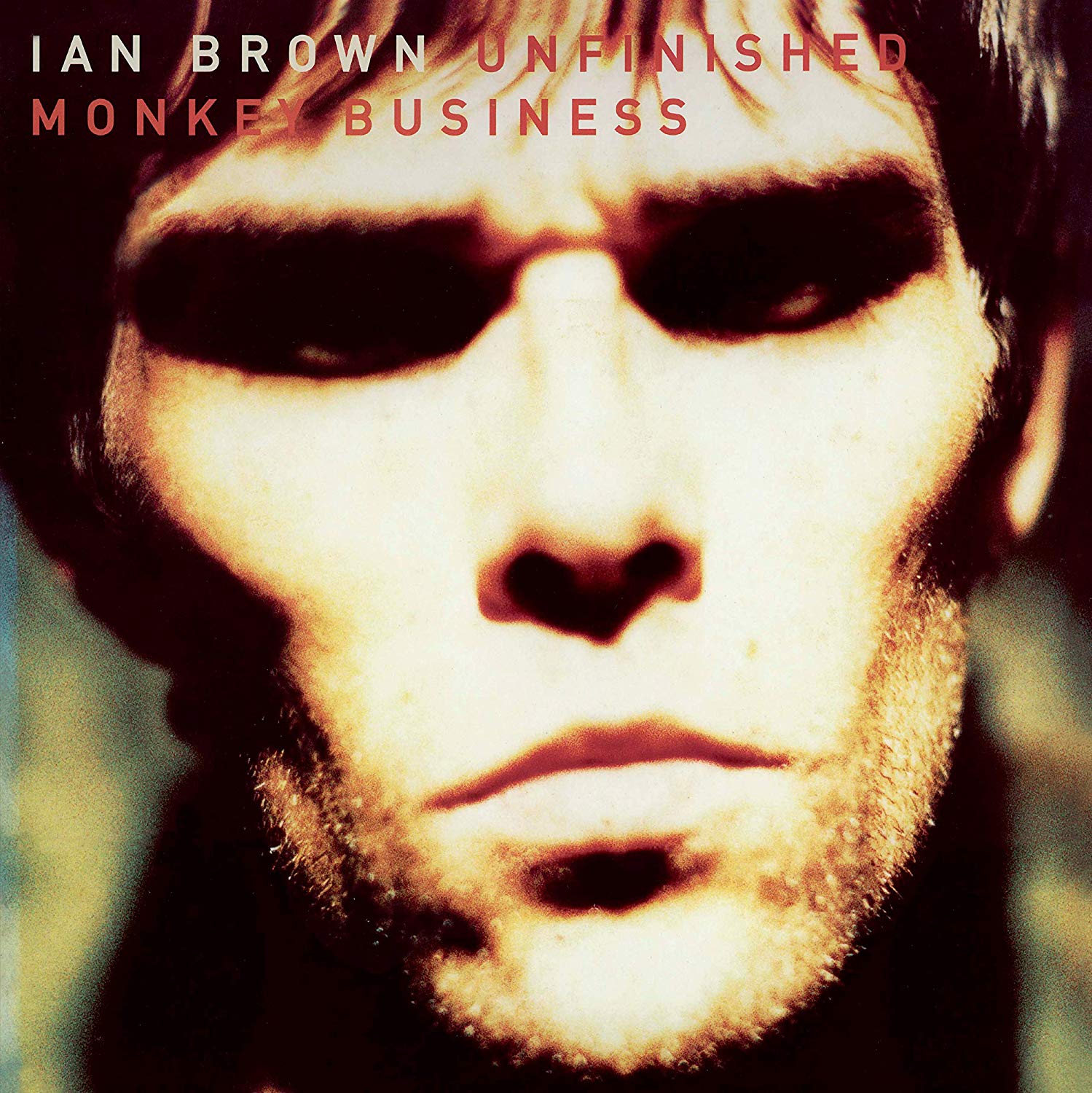 WARNER for the 26th have the final CRANBERRIES album as mentioned earlier, on CD, Deluxe CD, Std LP and Indies only LP.. “All Over Now” is a fine tune, Stephen Street on production duties again..
https://www.youtube.com/watch?v=h1lMxX8doSU
Warner also have CORMAC NEESON‘s (lead singer with THE ANSWER) debut solo album “White Feather”.. Take a listen to single “Broken Wing”, lovely song.. Big departure, almost a country / Neil Young feel to it… CD Only for now..
https://www.youtube.com/watch?v=jTYgHQcdjjY

Warner also have a new ENFORCER album on CD and LP, GEORGE BENSON’s “Walking To New Orleans” on Provogue CD, LP or indies only LP.. Keifer Sutherland has a new album, there are some KREATOR reissues, and MARINA (Without the Diamonds) has a new album with “Love + Fear” as a 2LP or CD on Atlantic… There is a Trojan “Monkey Business – Definitive Skinhead Reggae Collection” out as a 2LP, some NAZARETH LP reissues and a new ROB THOMAS album on CD…

So sin é for this week folks
Go raibh maith agat as do chluas a thabhairt
Ray
musiczone.ie