Hope all is well enough out there!

Santie as we say in Cork is only around the corner …where does it go like!

Right firstly, the MICK FLANNERY coloured LP releases, yes these have never been out on vinyl before , so really nice ones to get and two cracking albums to boot..sher aren’t they all to be fair…top drawer always from Mick….sorry i got sidetracked, these two “ white lies” and “ red to blue” are now not out until the 9th of Dec…nice santie presents…so we have started an aul list for them. Speaking of Mick, we got a CD in the past few days of  ELAINE FLANNERY ( Mick and siblings mam) ..an album made in 2007 I believe,  called “ keepsake”.  Every cent from the sales of this album are going to Marymount ( a hospice here in Cork)

Mick’s mam passed in 2014 and a lot of ye probably saw the family on the news lately about it, not really for me to comment except to say a horrendous thing for a family to go through..ah just a terrible thing. So the cd is available from us, on the site or in the siopa and as i said every cent to Marymount. Would you link it please Shane bud.
Yeah, no bother Ray. Here’s the link: https://musiczone.ie/product/elaine-flannery-keepsake-cd-2/

THE HUMAN LEAGUE “ the virgin years” , reissue of 2PAC “ all eyez on me” , MAKAVELI “ the don killuminati  : the 7 day theory” , ROY BROOKS reissue of “ beat” , CHRIS DE BURGH 3 CD essential and a BULLET FOR MY VALENTINE reissue

So main week for today is the 25th of November which is also Black Friday …so first up Warner and they have quite a few to mention…will start with Mr. Bowie though and Parlophone uk are releasing a boxset of recordings in the year leading up to the “ hunky dory” release…its a 4cd/bluray box with a 100 page book…there are home demos, bbc sessions, live & studio recordings…48 tracks unreleased it says…LP to follow in Jan or feb i think.

Also on the 25th there is a TOM PETTY & THE HEARTBREAKERS live release across a good few physical formats “ live at the Fillmore 1977” comes as a 2cd, 3lp. 4cd or ltd 6 lp boxset..great live show. 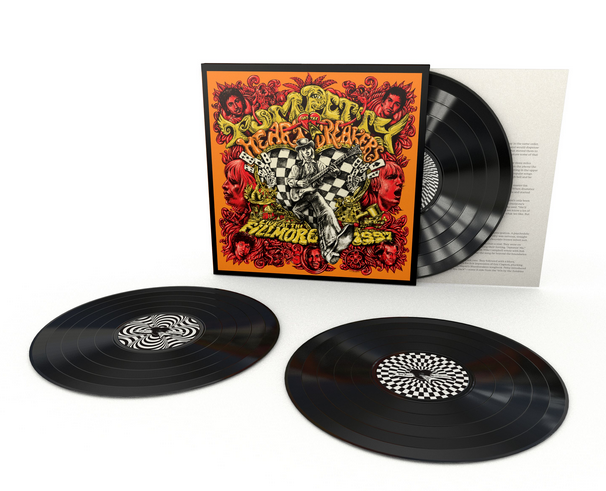 Daft Life ltd release DAFT PUNK – homework remixes on cd or lp, BMG reissue ALT Js relaxer on vinyl, AVRIL LAVIGNE releases “ love sux” , there is a CLIFF RICHARD christmas with cd or lp, BRYAN FERRY “ taxi” on indies yellow vinyl reissue, DEXYS “ one day i’m going to soar” indies 2lp via BMG, DURAN DURAN LP reissues – astronaut, all you need is now, red carpet massacre and future past complete edition.
IAN DURY “ do it yourself” lp on BMG, JIM CROCE “ dont mess with jim” 50 th anniversary edition lp reissue on BMG, MACHINE HEAD release their new album on vinyl via nuclear blast “ of kingdom & crown”. There is a live MOTORHEAD release “ Volume 3 live in Malmo 2000” indies 2lp, SLADE “ merry christmas everybody” 12” release , SIGUR ROS reissue () on indies coloured vinyl via Krunk , THE KINKS “ percy” lp reissue and lastly theres a FLAMING LIPS cd box of “ yoshimi battles the pink robots” …great album…phew so thats Warner…its now 10.43 on weds morning  and i just sent Shane all of the above to make links for the website for them ( please)…well get done what you can kid…theres fair work in that …there’s only the 3 of us and we do our best …the 2 lads done a mighty job on the newsletter last week, so much so i was thinking maybe i could take every weds off…what ye think lads?

Terrible sad news broke a few days back with the news of MIMI PARKER from the band LOW, passing away,  and at such a young age…second young woman in today’s newsletter… she inspired, moved, helped and changed peoples lives with her songs and the bands music, so respected in her field…was at Robert Plant & Saving Grace there recently in the Everyman and they covered “ monkey” …her funeral is tomorrow and the band have posted that everyone is welcome and “ indeed invited”….i thought that was such a lovely touch, id imagine what Mimi wanted…still helping/comforting people even in her passing…heres “ lullaby”…rest in peace Mimi and thoughts with her family and friends.

Universal for the 25th of November have a few of note…THE CURE “ WISH” gets a 30th anniversary remaster reissue on CD, a deluxe 3 cd or 2LP…there is also a picture disc version out fro Black Friday…i think a fine album, i really like it as i do all their albums…hopefully going to see them in a few weeks in the big smoke…heres a bit more about the formats etc…

Def Jam has the release of the third album by STORMZY “ this is what i mean” on cd, double lp and indies/d2c crystal clear lp.

Lastly Concord reissue the soundtrack to THE OMEN by Jerry Goldsmith on red with black splattered vinyl.

Sony for the 25th of November has JEAN MICHEL JARRE – the concerts in china 2 cd or 2lp versions, CALVIN HARRIS “ stay with me” picture disc vinyl 12” and THE ANNUAL 2023 dance CD.

Republic Of Music has HOLLY JOHNSON “ unleashed from the pleasuredome ( live at koko) on 2cd or 2lp…ROM can be tricky to deal with from my end if im to be honest, you have to keep on to them about stuff and sometimes you dont get replies…brexit has caused problems with them and still teething problems.

Cargo for the 25th of October has a couple of new ANDY BELL 10” releases.

The Orchard for the 25th of November has 2 late additions to their Black Friday Releases: Janis Joplin & Jorma Kaukonen’s ‘The Legendary Typewriter Tape’ and  Davie Davies of The Kinks on 7″ 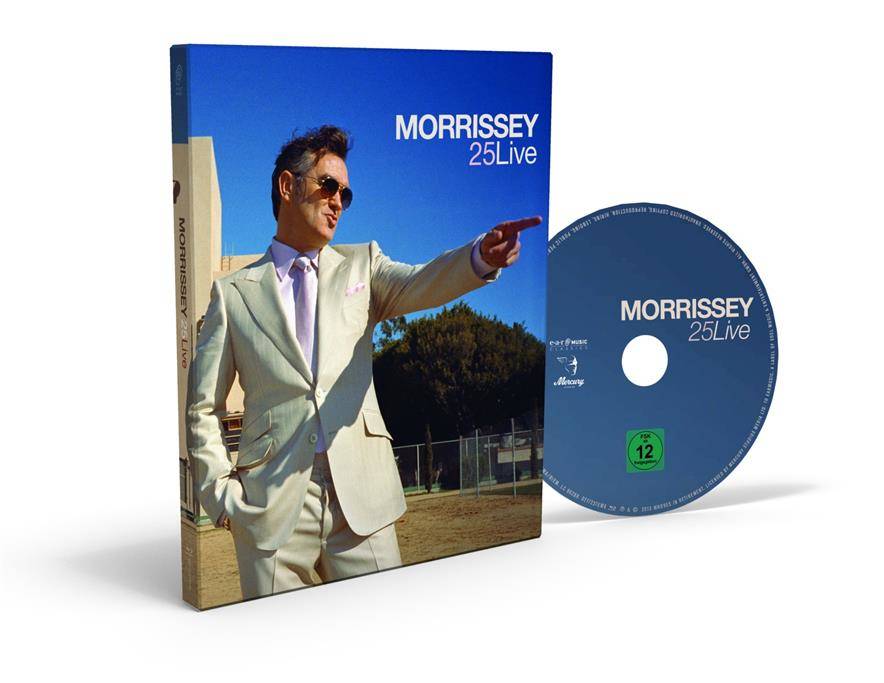 They have a vinyl reissue of THE TRASHCAN SINATRAS “ a happy pocket” as a double indies blue vinyl, there is also a brand new TRASHCAN SINATRAS EP …4 new tracks, there is a KATE RUSBY christmas album on vinyl, AMERICA – LIVE at goodbye summer festival 1971 , first time release and its as a cd/lp combo pack and lastly from Proper via Secret records is THE FALL “ rebellious jukebox” 3 lp compilation album of classic tracks.

Integral for the 25th november has 2 MANY DJS as heard on radio soulwax part 2 LP and CD, LOVE “ expressions tell everything” 8 by 7” singles boxset and VOICE OF THE BEEHIVE “ let it bee” reissue.

Going to hand ye over to the Shane lad now as he mentions a few down the road bits..

Sound, Ray!
And thanks for the compliments to me and Adam, appreciate it! As for your proposal, I’m going to pure sit on the fence and say ‘I don’t mind’.
I think we’d miss your contribution though.

Anyway, back to this week’s stuff. Hi everyone, hope ye’re good!
Not a huge amount to mention this week, Santie is the main man from here on in maybe.
But some nice ones still.
First up is Irish artist, AILBHE REDDY with her second album ‘Endless Affair’ out Paddy’s day next year.
Her first album ‘Personal History’ is great. We played it a fair bit in the shop.
We will have the indies magenta/sky blue vinyl and the Irish exclusive coke bottle clear vinyl versions of it.
Here’s the first song off of it: https://youtu.be/KWW3rNAXSlk

Second to mention is FLOATING POINTS’ new EP release ‘2022’. Which is coming out on December 16th.
I like him. Ray and myself really enjoyed the record he did with Pharoah Sanders (last year I think?)
The years kinda feel like a blur after covid.
Here’s a song he released today from it: https://youtu.be/V7W6HZ1GucA

EDDIE PILLER is releasing another compilation ‘Mod Sounds of the 60S; Vol 2: Freakbeat and Psyche scene’ on 4 CD, 6 LP purple vinyl and 2 LP black vinyl and they’re released in February next year.

Also worth a mention coming around the corner:

and also THE WOMBATS ‘Guide to Love, Loss and Desperation’ on pink vinyl – Out April next year.

That’s it I think from me this week.
Oh, here’s the latest video Adam and Ray did on Friday last:
https://youtu.be/RkqHIQfZ5CU

Sound, Ray. Back to you so. Cheers.

Right last one for this week so is Integral for the 2nd of Dec…Rough trade records reissue two ARTHUR RUSSELL albums on vinyl” corn” and “ love is overtaking me” , there are a couple of BARRY ADAMSON reissues on Mute on coloured vinyl “ i will set you free” and “ know where to run”…BOYGENIUS ( BRIDGERS, DACUS and BAKER) release their 2018 6 track ep on cd, i thought it was out on cd at the time?, maybe tis a reissue, sales notes kind of say its a first timer on cd…i dunno…Knitting Factory have the 50th anniversary of “ afrodisiac” by FELA KUTI on coloured vinyl, KYLE DIXON & MICHAEL STEIN have the score to Stranger things part 4 across 2 volumes on coloured vinyl via Invada records. SUFJAN STEVENS releases classic song “ fourth of july” as a 7” red vinyl version…its reworked a bit i think…great song, stone wall classic of an album if i didn’t tell ye a 100 times before…( maybe not for everyone, but if you spend enough time with it, it will be your friend…dark and bleak album in parts but yet strangely comforting…this song encapsulates that i think…” were all gonna die” lyric is repeated over and over towards the end of the song ..bleak , but a truer lyric never wrote! But there’s a strange comfort to the song, even though its a song about death…dead mother talking to her son on her dead bed

“Shall we look at the moon, my little loon

Why do you cry?

Make the most of your life, while it is rife

While it is light…”

its so beautiful musically/vocally…am I losing it? Here tis to prove my madness

Lastly HEAVENLY REMIXES 5 & 6 on 2LP and there is a new WHITE LUNG album also.

Christ got a bit heavy there didnt it…Mam and Mimi in my thoughts i guess.

Thanks for listening always