Hi everyone,
How’s the form with ye… Hope all is well out there.. I’m back after a lovely break to be honest… Great to have the time with the clann.. Back to it.. Sure.. Well good to have it and be able to do it… Releases in the shop this week are the excellent THE MURDER CAPITAL debut ‘When I Have Fears’ (more on that later.. only found out early in the week actually that the bands manager is a daughter of the City legend and ex R.O.I player Damien Richardson), new ones from RIDE, SLEATER-KINNY, FRANK TURNER, KILLSWITCH ENGAGE, DJ KHALED,  a CREEDENCE CLEARWATER REVIVAL ‘Live at Woodstock’ LP, a new GIRL BAND 7”, a JACKSON BROWNE Reissue and finally an ZZ TOP vinyl set. 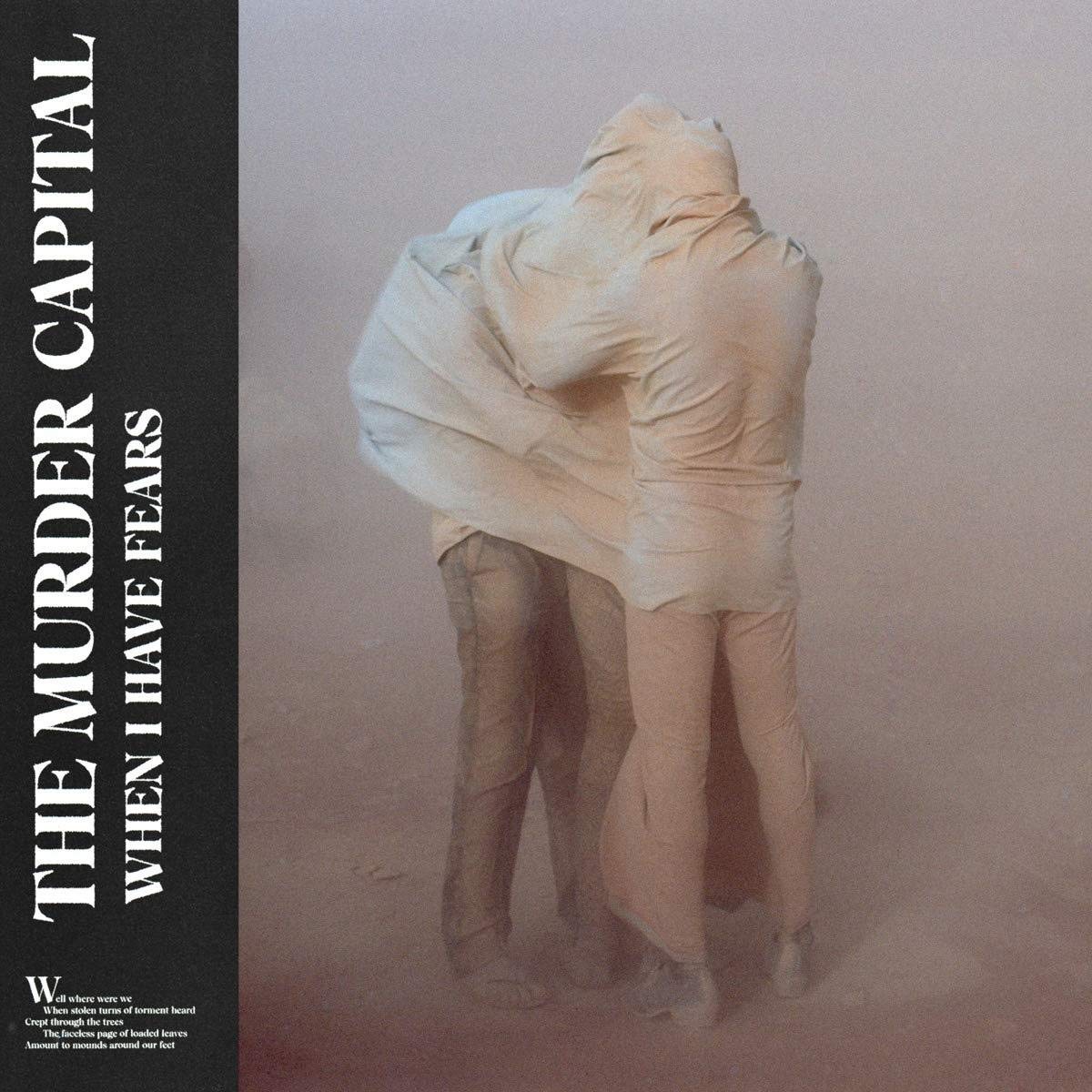 Video up again at the following link..
https://musiczone.ie/videos/

Before we talk about the other night I just want to have a little moan.. Sure, I am back.. The TOOL release… Isn’t that just a mebs for shops… A big big release, something we would have done very very well with if it wasn’t such a mebs.. 90 Euro best price on the CD.. Granted it’s fancy… But we are not going to have to hire security for the day of release are we… Sure we will do very to sell 3 or 4 max i’d say.. Look in the their defence, they have always done innovative physical products.. But maybe offer a standard product as well as the fancy version.. It may not bode well for the LP release.. I have tried to find out but to no avail.. Release date moved to October now I believe… No idea of price on it..  It’s just a pity for Tool fans who like to buy physical products (what we sell) that your only option is 90 Euro… I believe Pledge Music is facing bankruptcy in the States so artists / bands who have used Pledge to collect monies for recording and making records have lost said money over the last 6 to 9 months… A complete disaster for those involved.. A simple standard CD version of the Tool album would have kept physicals away for the streams… Decision made way above my pay grade and for their own good reasons I suppose… But from where I and the shop(s) are concerned.. Its kind of madness

Right so moving on to releases for the 23rd of August.. .Not a whole heap happening really… Sony have new CDs by TYLER THE CREATOR and RICK ROSS

Universal for the 23rd of August have the new album by TAYLOR SWIFT ‘Lover’, standard CD and a fancy box available.. Uni have a deluxe CD version of MASSIVE ATTACK’s ‘Mezzanine’ with some bonus material and rarities on CD 2… Uni also have the brand new album from NEW MODEL ARMY ‘From Her’ on CD or 2LP…
Universal have the vinyl reissues of the first two records by JULIAN COPE‘s band ‘The Teardrop Explodes’, albums ‘Kilmanjaro’ and ‘Wilder’ reissued, as well as the vinyl release of ELTON JOHN’s ‘Rocketman’ soundtrack, and lastly some fine LP reissues on the Verve label by the likes of MCCOY TURNER, SONNY ROLLINS, CHARLES MINGUS, and DIZZIE GILLEPSIE. 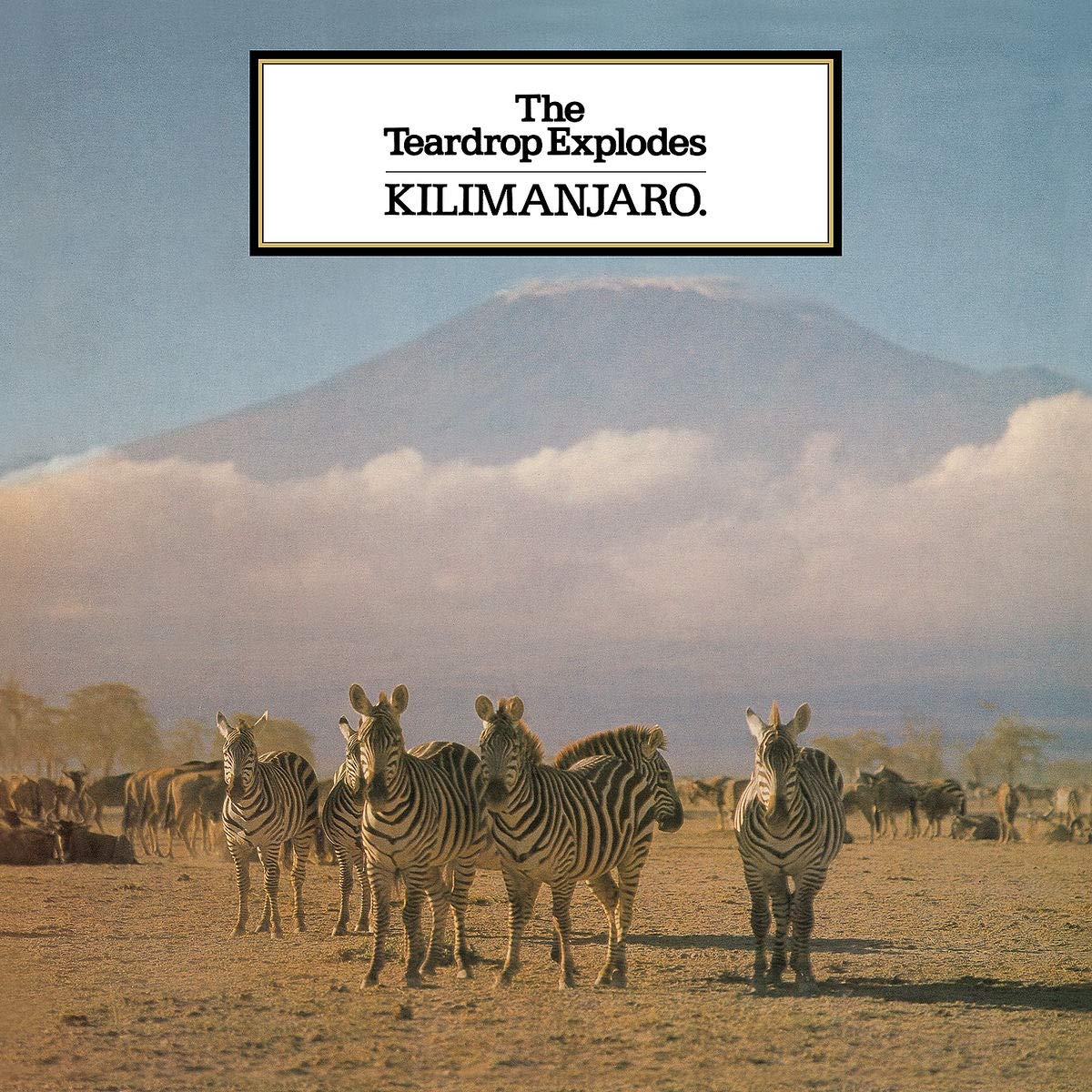 PIAS for the 23rd of Aug have some JOAN AS POLICEWOMAN LP reissues on coloured limited vinyl, ‘Real Life’, ‘To Survive’, and ‘The Deep Field’ out, as well as MAPS reissue on coloured vinyl of ‘Turning the Mind’.

ROM for the 23rd have 4 Laurent Garnier EPs reissued.

The Orchard for the 23rd have the new CEREMONY album.

Back to the Murder Capital gig the other night in the crane lane… Thanks to those of ye who came out and supported it.. If I didn’t get to say thanks in person.. Hope you read the thank you here.. Greatly appreciated.. These events are great but I find them stressful to be honest.. You want everybody to be happy. Band, management, record company, venue and most importantly the people who attend.. Thanks to all of those above, and to Bob, Shane, Tim and Adam for making it work… We had a full house in the end.. The Crane was jointed… A brilliant atmosphere and a savage, intense, guttural, emotional performance by the band.. Wow they were / are incredible.. If they can show progression in years to come, they never play in venues that size again.. So exciting for us to be involved and to see a queue of people after the show waiting to get their CDs and Records and Posters signed.. The 5 lads were spot on… Really appreciative of their position in the music world and I think they intend to take their opportunity with both hands.. I really like them all and it seemed they really liked each other… Lovely banter and commandership amongst them… Not only were the musically very tight but they seemed humanely very tight also…
Seeing the sound check is something that will live long in my memory… The whole night will.. It could, and I hope it is, one for the record books.. Im converted anyway, im in…
Few Photos up here on our Facebook!
MUSIC ZONE : MURDER CAPITAL PHOTOS 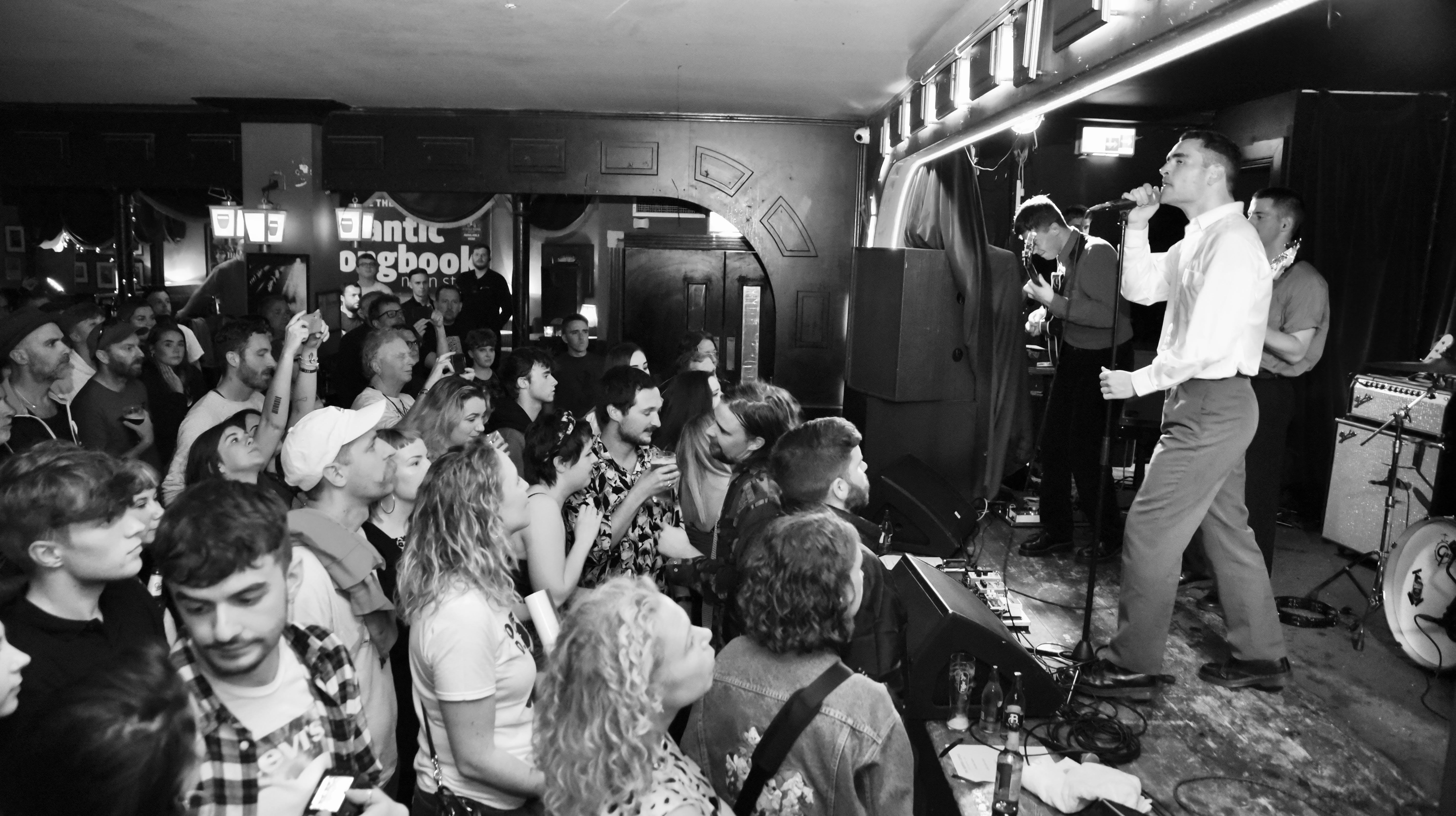 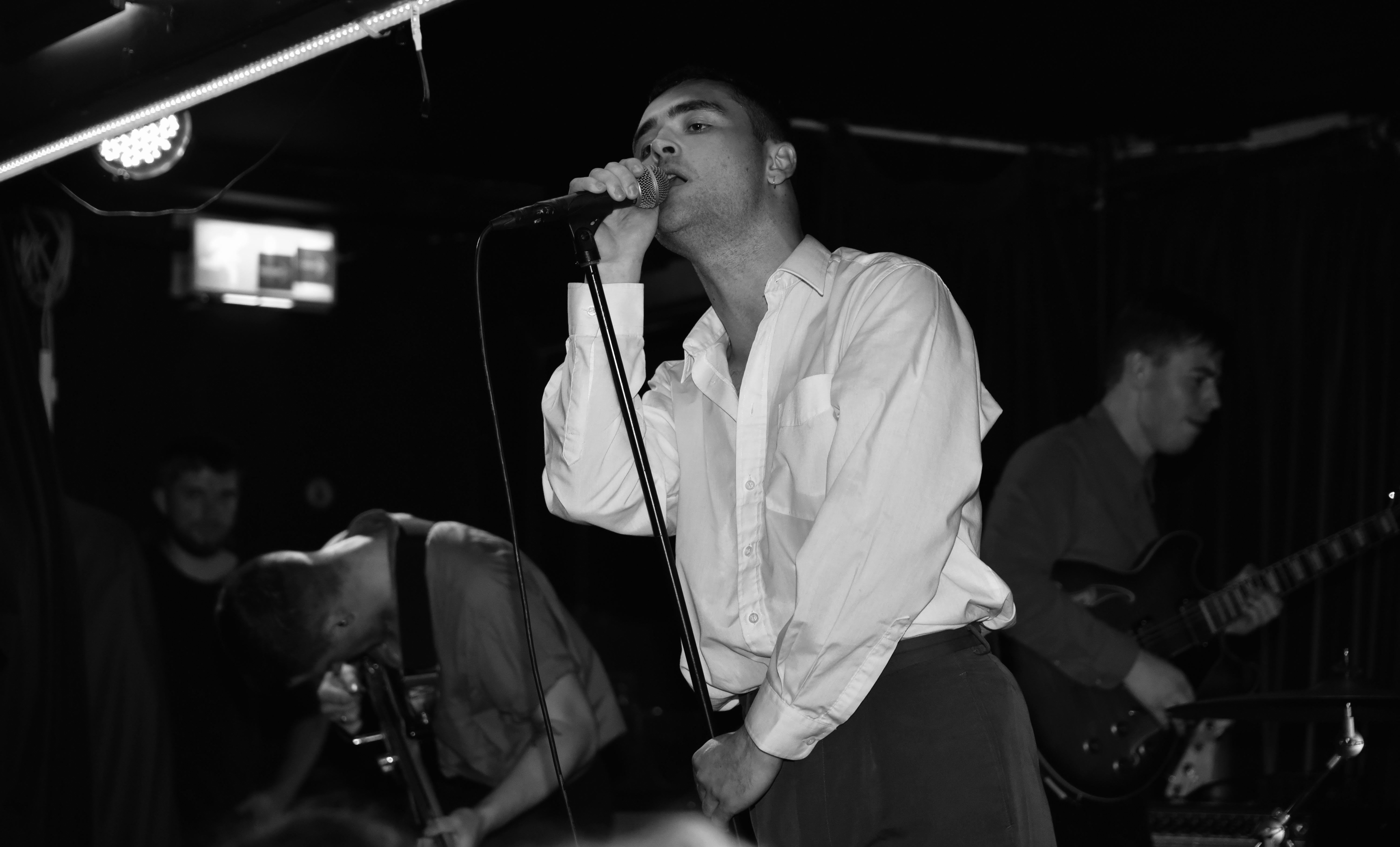 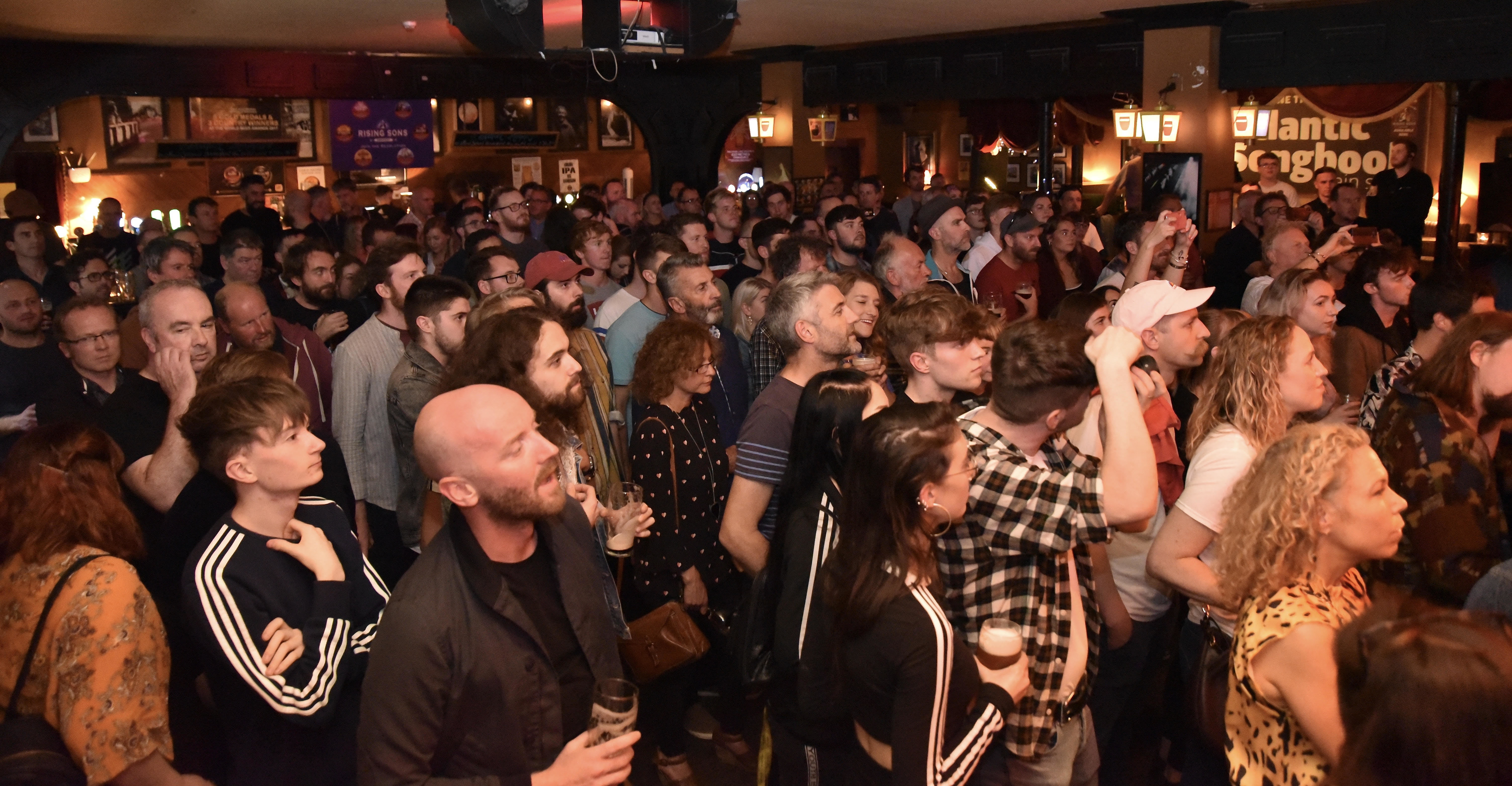 I could write another 2 pages about the gig but best you see them yourselves at some point..

Anyway, finally Warner for the 23rd have a reissue of MY CHEMICAL ROMANCE ‘Black Parade Is Dead’ and a new album by CROBOT also…