I’m a bit tender myself tonight to be honest so not sure how well or unwell this will go… Davey from Rollercoaster was on a bus back to Kilkenny this morning early (yesterday morning now) to open his abode to sell Westlife tickets.. So that does make me feel a bit better…. Not the selling of the Westlife tickets, that’s cool,  the getting up for the bus at 7AM part..

Treated to David Byrne last night in the 3 Arena… Top night out… Good few record shop kids at it… Warner looked after us all splendidly… I promised some of ye I met to throw ye down some prawns from the VIP Bar but alas if ye didn’t get them the birds must have… Top show… Top top show… That’s what it was … A show… Some man for 66 I think…Well able… But the show was superb… Thoroughly engaging from start to finish…. As Ed said during the week, directed from start to finish… 12 on stage most of the night… Barefooted all, bar the lead guitarist as she wore flip flops.. Must have a verruca or something… Not a cable in sight… 6 folks banging all sorts of drums… All around their waists…  A lad on keys around his waist… A bassist… Lead guitar… Two backing singers and prop putter in placers (one of them Gavin James i’d swear..he is a busy boy ) and then the main man himself.

Not a cable in sight… The stage was like an operating theatre… We..the crowd, loved it.. Top top stuff to be fair.. I dropped the ball though… Yep I probably did drop the ball… I was in the company of the record company guys after the gig when they were going down to meet the man himself… Easy for me to say ‘can I gatecrash also?’… I’m sure it would have been no bother… Didn’t open my gob… Decided not to to be honest… Have a pic with Austin Powers from around ‘05 on a work thing which is in the house… His other side gave me a tip or two as ye probably know….. Me : “Hi, nice to meet you..” Austin : “Hi… Where are you from?”… Me : “Ireland”… Austin : Oh, I love Ireland”… Snap photo… Move on.. I love the photo though… Two doctor evils in the one snap… So to cut a short story long… I dropped the ball…?
Got my Microdisney tickets for Cypress Avenue this morning so that did cheers me up… Next.

Out today we have releases by THOM YORKE, GAVIN JAMES… A nice little one on the Gavin James release… We have limited wristbands with the purchase of the new album… Out today… For an intimate meet and greet with Gavin where he will also perform tracks from his new record in Cypress Avenue next Tuesday evening the 30th at 7PM… All ages album Launch Party with RedFM… We do not have loads so if you or yours like the Gav man… Buy the album… Get into the event… Gavin done an in-store in the old shop for his debut album and it was great and he was such a gent.. 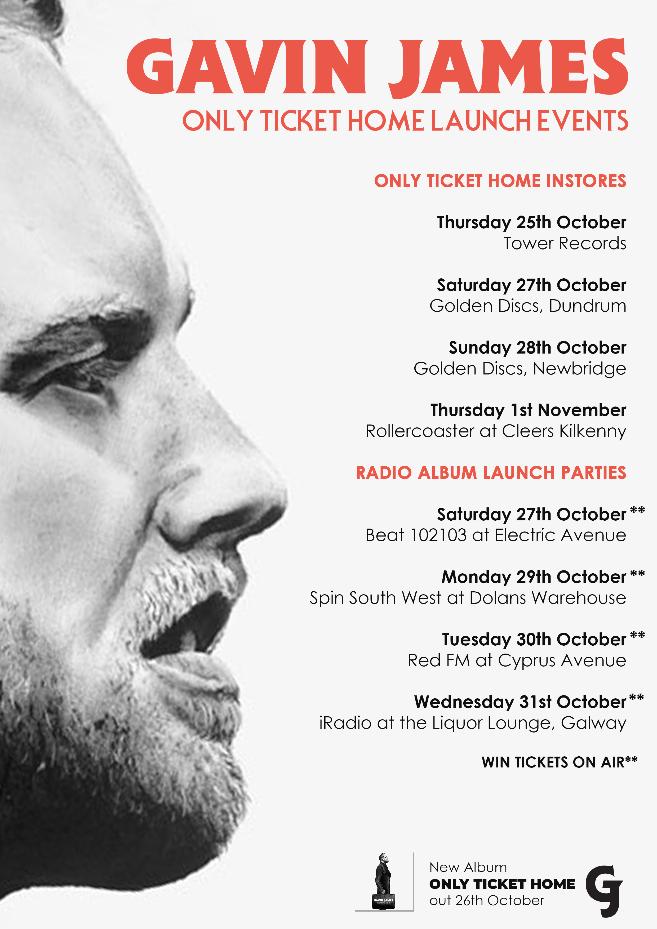 So quite a bit there today.. New release video up here to watch
https://musiczone.ie/videos/ 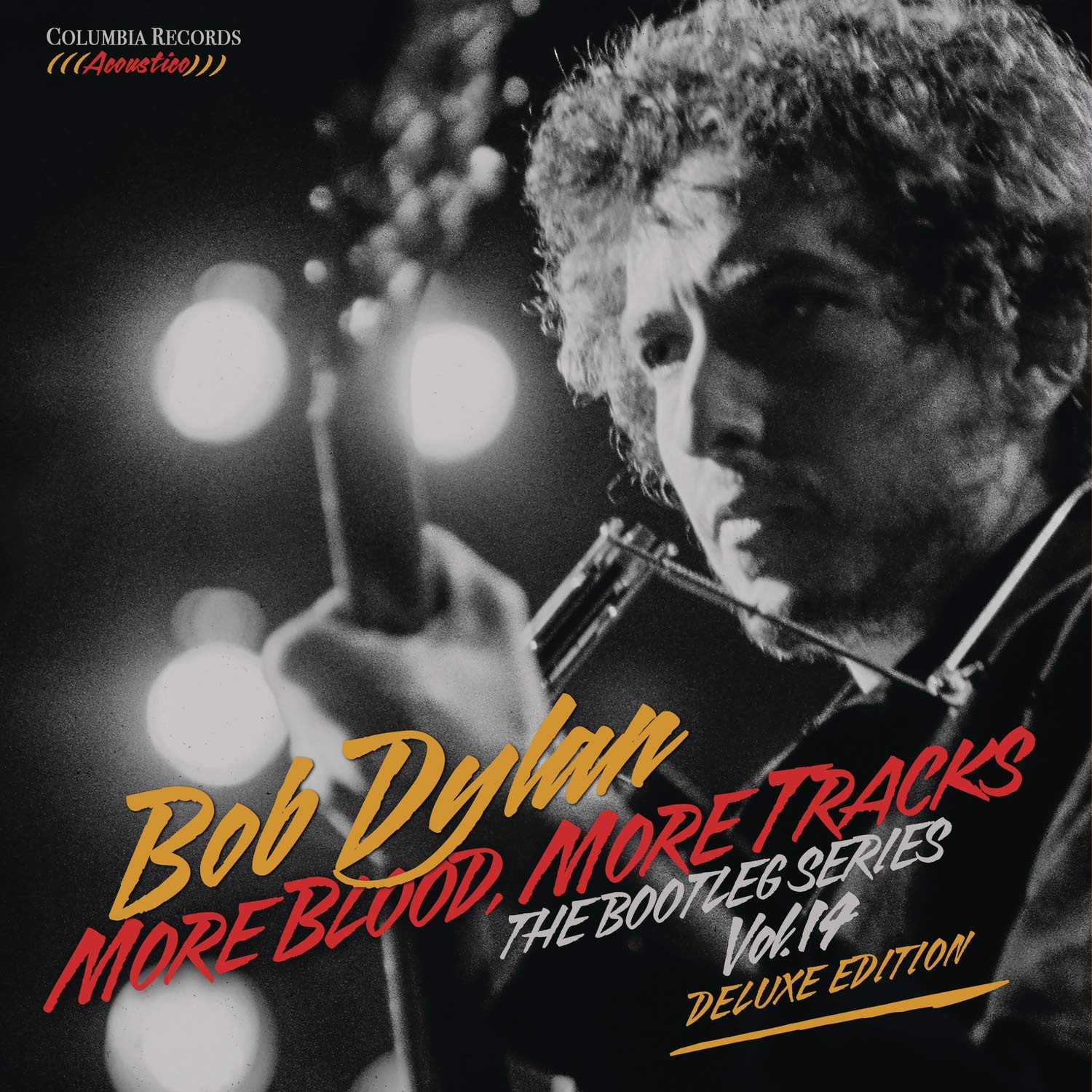 The latest chapter in Columbia/Legacy’s highly acclaimed Bob Dylan Bootleg Series makes available the pivotal studio recordings made by Bob Dylan during six extraordinary sessions in 1974–four in New York (September 16, 17, 18, 19) and two in Minneapolis (December 27, 30)–that resulted in the artist’s 1975 masterpiece, Blood On The Tracks. One of the top-selling albums of Dylan’s career, Blood On The Tracks redefined the boundaries and structures of modern pop songwriting (a genre Dylan had virtually invented a decade prior), reached #1 on the Billboard 200, achieved RIAA 2x Platinum status and was inducted into the Grammy Hall of Fame in 2015.
The single disc / 2LP configuration of More Blood, More Tracks assembles 10 of the most emotionally resonant alternate takes of each of the 10 songs appearing the original Blood On The Tracks plus a previously unreleased version of “Up to Me”. The 6CD full-length deluxe version of Bob Dylan – More Blood, More Tracks – The Bootleg Series Vol. 14 includes the complete New York sessions in chronological order including outtakes, false starts and studio banter. The album’s producers have worked from best sources available, in most cases utilizing the original multi-track session tapes.

Sony also have a new BARBRA STREISAND album, and the debut ARCADE FIRE E.P. gets a reissue.. Lastly Sony have a reissue, first issue i’d say on LP of the excellent PADDY CASEY album “Living”.. One of the biggest selling albums of 2004 in this country… Cracking album in my opinion.

Universal for the 2nd of Nov have the next in the series of METALLICA box sets… This time its fourth album “…And Justice For All” on LTD Deluxe Box or 3CD or 2LP or 1CD or cassette..

Metallica commemorate the 30th anniversary of the release of their breakthrough fourth album …And Justice For All with the announcement of its definitive reissue, out November 2nd via UMC and the band’s own Blackened Recordings.

The re-release of …And Justice For All has been remastered for the most advanced sound quality, as overseen by Greg Fidelman, and will be available in multiple physical configurations. The …And Justice For All reissue will be available physically as a Standard Double 180 gram LP, Standard CD, 3 CD Expanded Edition, Cassette and a Limited Edition Deluxe Box Set. The Expanded Edition will include previously unreleased demos, rough mixes, previously unreleased live tracks, and an expanded booklet of never-before-seen Ross Halfin photos. The one-pressing-only Limited Edition Deluxe Box Set will include the remastered double 180g LP, a “One” picture disc, 3 LPs featuring their iconic performance from Seattle in 1989 remixed by Greg Fidelman, 11 CDs, 4 DVDs, a set of four patches, a Pushead print, a tour laminate, lyric sheets, a download card for all material in the set, and a deluxe 120-page book with never-before-seen photos and never-before-told stories from the people who were there. 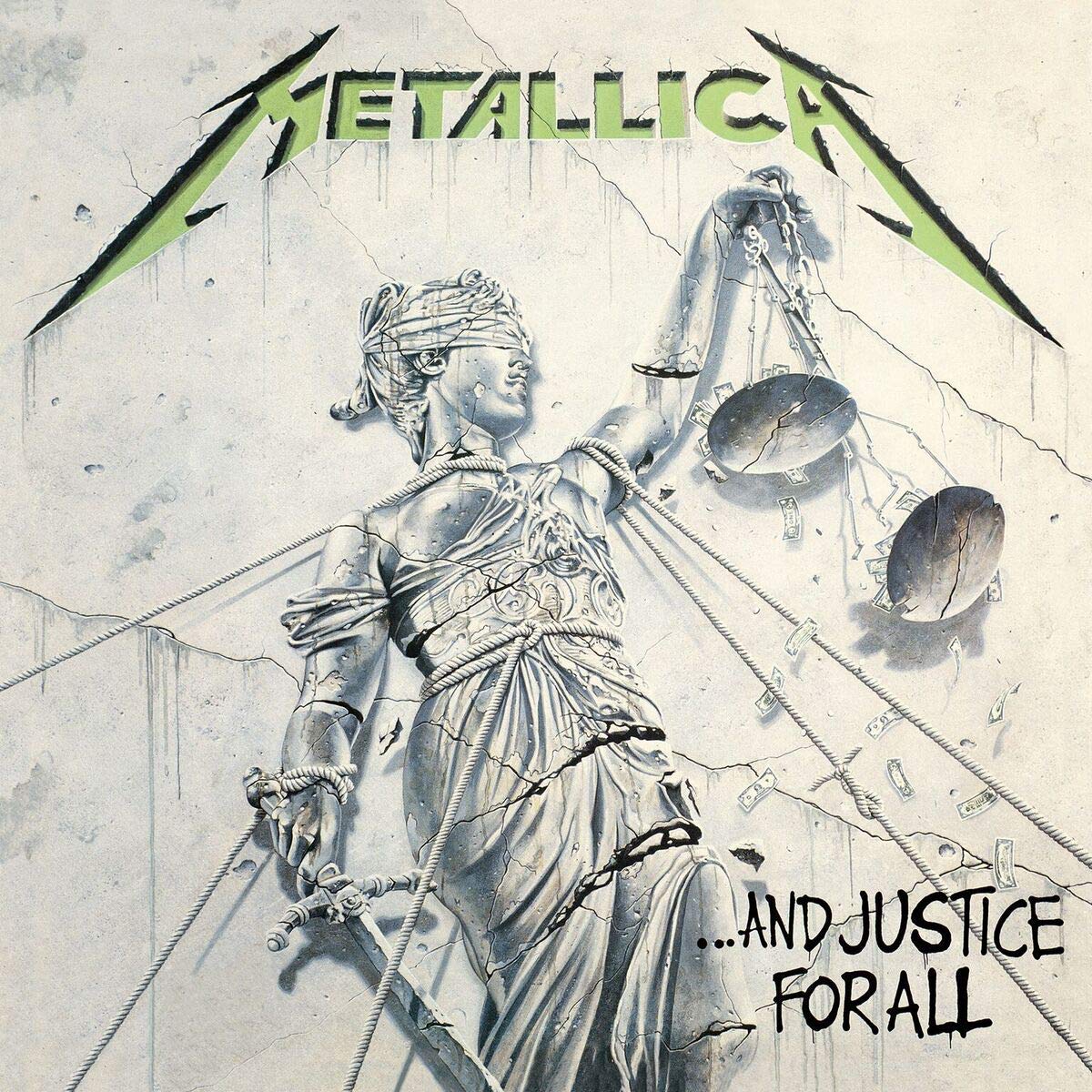 Next up on my notes is CHRISTIE HENNESSY with the RTE Concert Orchestra called “The Last Goodbye”… Supposed to be out on the 2nd… Moved to the 16th now I think… I’m partial to Christie if im to be honest.

Universal also have a live album on DVD OR BLURAY or 2CD/DVD or 2CD/BLU from the most successful British musician most people never heard off…. Mr STEVEN WILSON… “Home Invasion : Live From the Royal Albert Hall”

Uni also have MOODY BLUES reissue of “In Search of the Lost Chord”… 50th ann… They also have an AMY WINEHOUSE DVD documentary on the making of “Back to Black”, which includes an intimate show never seen before (ala Gavin James..), and a new ROSANNE CASH album “She Remembers Everything” on CD or LP ….There are also some reissues of the first four OMD records, half speed abbey road masters, RICHARD ASHCROFT “Alone With Everyone” reissue and the KID CUDI/KANYE WEST “Kiss The Ghosts “ gets an LP release.

Do you know the way I missed an open goal with Mr Byrne… Two different lads were in the shop this week who scored… I’ve loads of these type stories but these two are fresh in my head as they say.. First up… Our lad was working in a hotel in London many years ago and was going down stairs with a combi cage to get some meat from the fridge/freezer near the employee entrance… He swept through the door  and jammed someone against the wall with his cage… That person within a nano second raised their hands in the air and wriggled there fingers in a ghostlike fashion (made the face also)… Grey T-Shirt, jeans, no makeup on and loads of hair… That person was Robert Smith… My guy recognised him straight away and just apologised and moved the cage… Mr Smith just said “no problem at all” and moved on… Class story I thought, I laughed hard.

The CD version has 12 CDs and includes all seven of the band’s studio albums, three live albums, and a compilation of singles and b-sides. It also includes two concert videos: Hell Freezes Over (DVD) and Farewell Tour: Live From Melbourne (Blu-ray). The vinyl version of LEGACY has all the music from the CDs on 15 LPs, but none of the videos. Both sets are housed in handsome slipcases and accompanied by a 54-page hardbound book that’s filled with rare and unseen photos, memorabilia, and artwork that encompasses the band’s entire career. 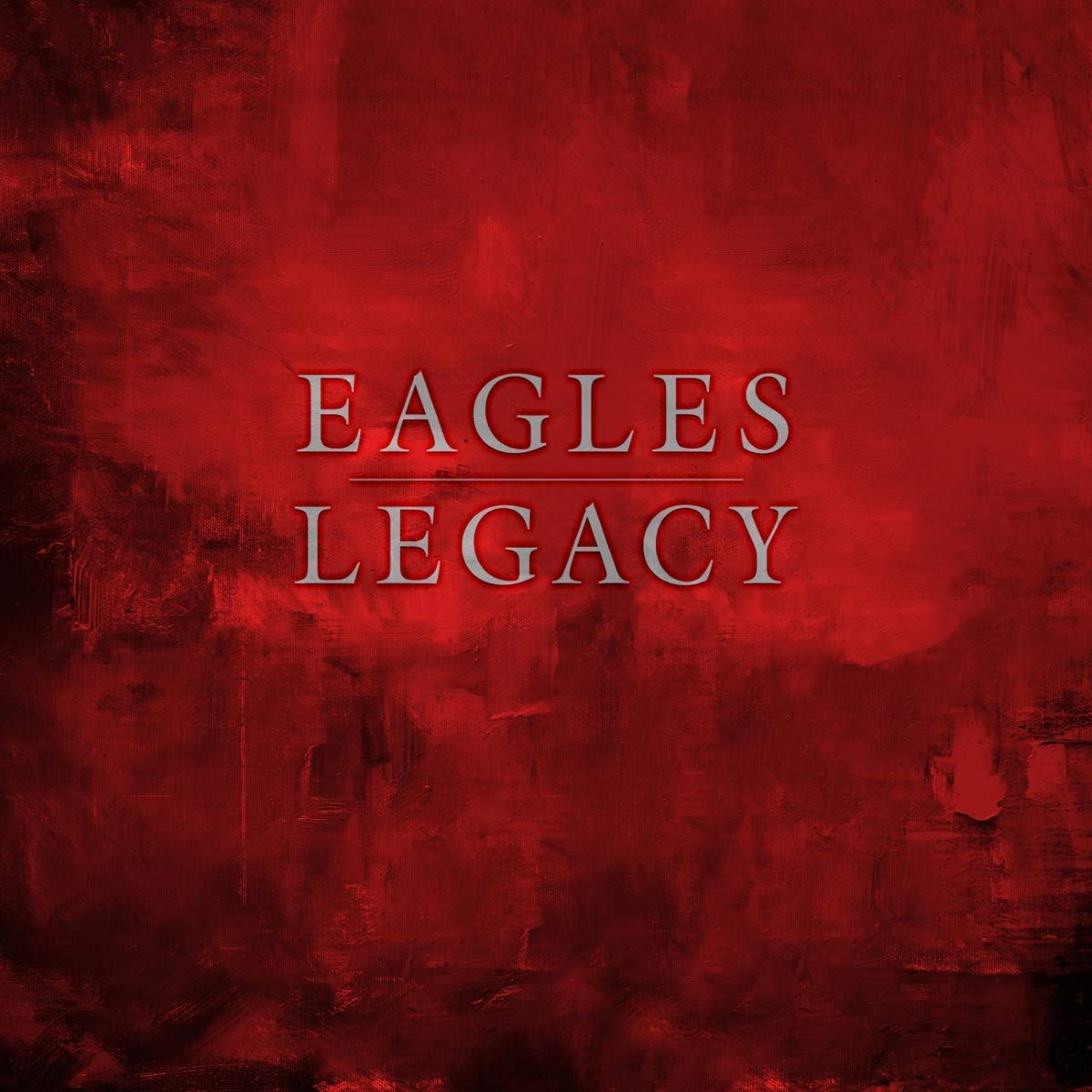 There is an ART OF NOISE 2CD version of In No Sense! Nonsense!… WARNER also have a new MARIANNE FAITHFULL album on BMG on LP… Ltd to 1k… LP and Deluxe CD boxset available also… 200 of them available only…MATT CORBY new album also.. NICK CAVE and Warren Ellis “The Proposition” LP O.S.T… Ltd to 1500 units… New ALBUMS also by OPETH ‘Live From Red Rocks’, and PRODIGY next week through Warner.. Opeth on ltd orange vinyl 2LP only 220 copies available. Prodigy also indies only vinyl..