We received an email yesterday regarding the George Michael older reissue…sorry now folks, it is moved to the 30th of Sept…here’s the message..

“In light of the very sad news of Her Majesty the Queen’s passing and as a mark of respect during the nation’s period of mourning, the re-release of George Michael’s Older will be moved to September 30th.”

Another one moved to the 30th is reissue of Wilcos yankee foxtrot hotel. 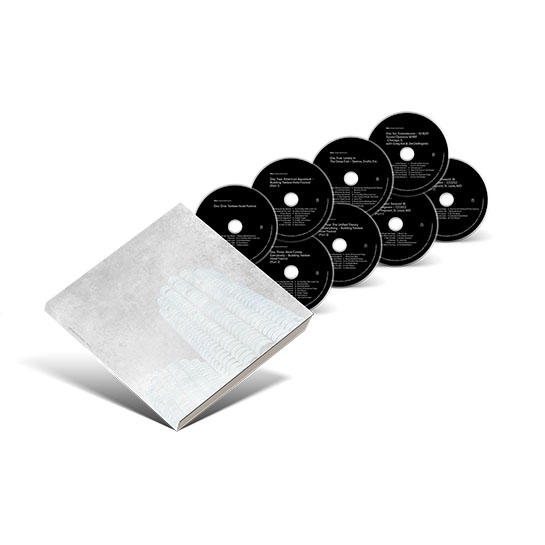 Releases then for the 23rd of sept include… 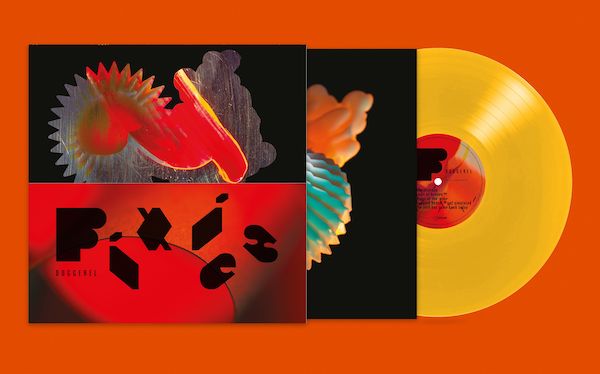 Main week this week is the 30th of sept…we shall start with Warner and probably their biggest release for the 30th out via infectious records/BMG is the brand new one from PIXIES “ doggerel” …it will be available physically as a cd, a deluxe cd, standard red vinyl and indies only yellow vinyl…heres “ theres a moon on” from the new record

The new SLIPKNOT album is out on the 30th september also “ the end so far” via Roadrunner  records…cd, indies yellow vinyl or standard clear vinyl on this one.

There is an ERIC CLAPTON 12 LP boxset coming out via Reprise “ the complete reprise studio albums” which has his first six solo studio albums remastered and an LP of rarities from the 80s also…pity on the price in my opinion…100 quid too dear in my opinion, unless i’m missing something.

There is  a reissue of the HALL & OATES “ lets do it for love” on cd or lp, there is a nice reggae compilation “ unity is strength” , Philip Glass does the soundtrack to “ the hours” on 2 lps via Nonesuch, there are new cds by CRAIG DAVID, OF MICE AND MEN and RICHARD MARX as well as a new lp only by EXAMPLE…lastly there is a 2cd deluxe version of her album “ in these silent days” on New Elektra records…some moments for Brandi singing with Joni there recently…pinch yourself stuff.

The new LAMBCHOP album is out on City Slang on the 30th.

A little grumble at the industry here now…the whole direct to consumer stuff is becoming more prevalent all the time…the industry from where i sit has always had challenges but for your suppliers to be competing with you,  cannibalizing the market,  taking your customers is in reality very harsh…folks want to support the independent shops but we appreciate fully when the record company does exclusive D2Cs that folks go that way…we get it from a customer’s point of view but from a record companies point of view , tis harsh…we advertise and display and plug record companies wares 360 odd days a year……its a two way street to be fair like all relationships but there’s a sense as we would say in Cork “ that she’s doing the dirt on him”  ..  when there is a bit of cream to be had, the record companies do a D2C …(a lot of music retail websites also are owned or partly owned by record companies so folks may not even know they are buying direct from the record company) …sher it is what it is at this stage and i dont see it changing…a little grumble is all! 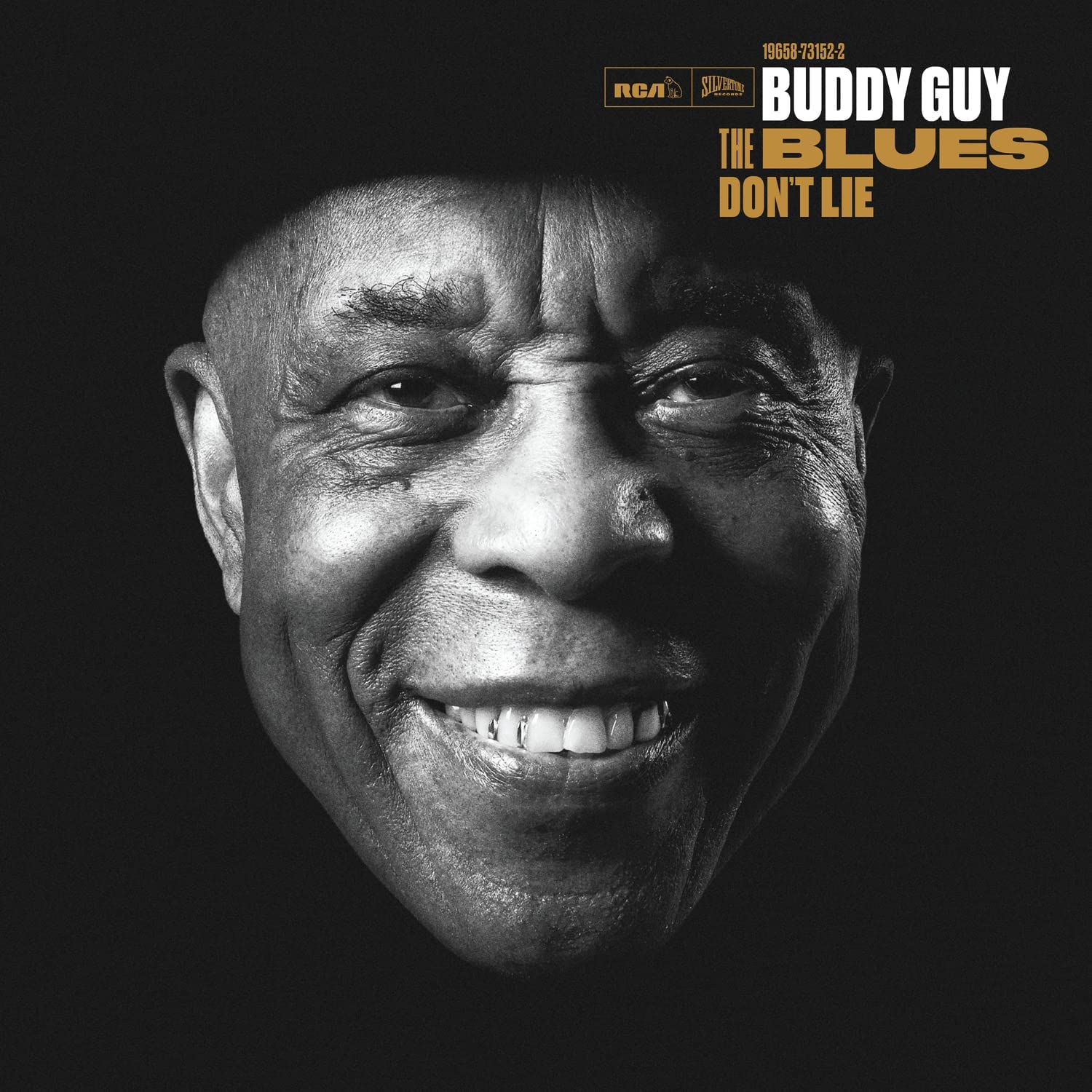 The Orchard for the 30th sept  sees the release of the latest OFF! album from former Black Flag and Circle Jerks member Keith Morris with Purple Vinyl, two ‘Live At Levitation’ releases from Moon Duo and Psychic Ills, both with 2 Coloured Vinyls to choose from, and Julie Odell’s latest album ‘Autumn Eve’, again with Coloured Vinyl. We also have  Plastic Mermaids new album ‘It’s not Comfortable To Grow’ on Sunday Best with ‘Splatter Vinyl’ as well as new releases from Metric, Snarky Puppy, Jesse Malin, Monster Magnet and  Greg Puciato (from Dillinger Escape Plan).

Proper has a few nice releases for the 30th of sept…there is a live 3lp JOHN MARTYN release on Secret records “ can you discover – best of live” it is called…lots of guests on the recording as well with Danny Thompson, Phil Collins and Dave Gilmour to name a few. There is a live KRIS KRISTOFFERSON LP release on New West from Pasadena in 1981…there is an indies exclusive red and white marbled vinyl, cd or std lp. ECM release KEITH JARRETT “ bordeaux concert” on cd for the 30th sept …lp to follow on 14th october. ROBBEN FORD and BILL EVANS ( sax) release an album together, there’s a BILL EVANS ( piano) reissue of “ waltz for Debbie ” on LP with a bonus 7” . 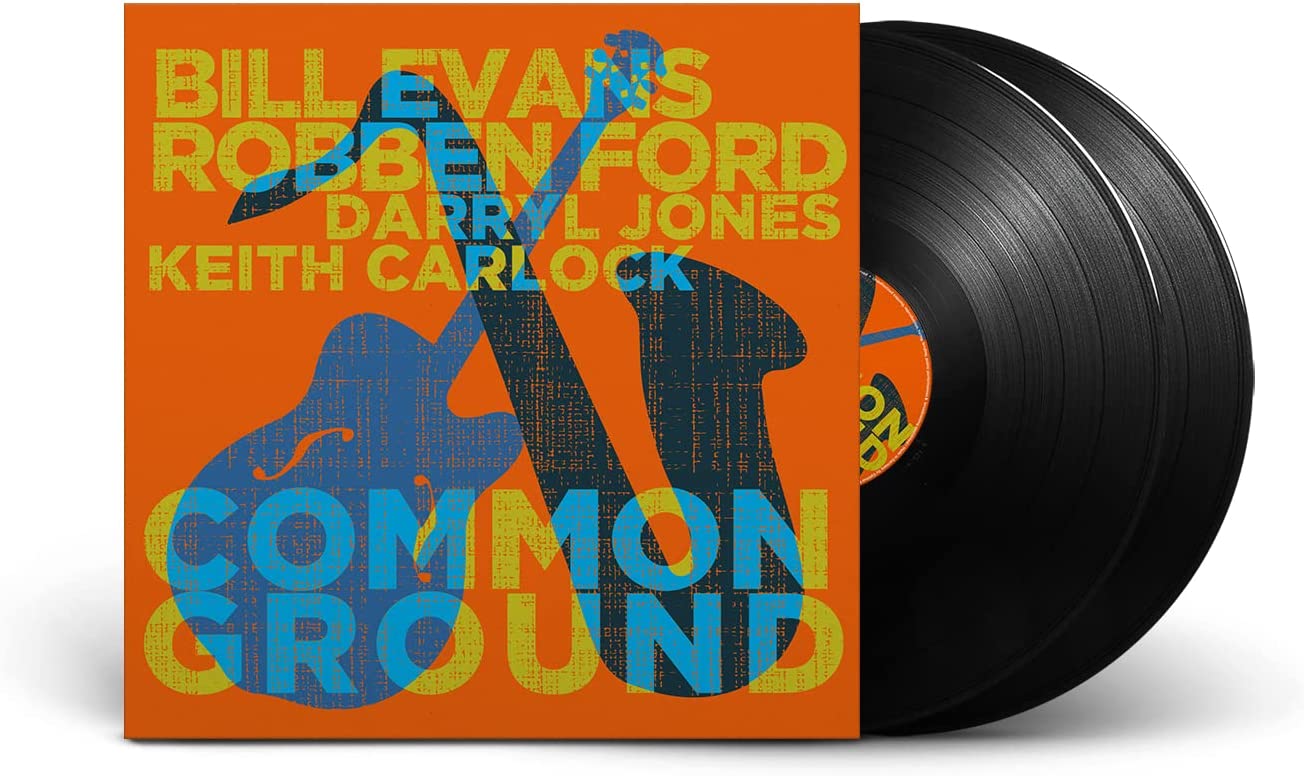 There are reissues of ULTRAVOXs “ rage in eden” via Chrysalis records on the 30th sept…it comes as a 5cd/dvd boset, a 4lp set or double lp…the sets include a new stereo mix by Steven Wilson. CHUCK PROPHET reissues “ bobby fuller died for you” as a 5th anniversary red vinyl and lastly THE BLACK CROWES release “ 1972” which is 6 cover versions from that year via Silver arrow records…their first music in ages id say …there is one press only on the indie shop only vinyl…the only press in fact.

Integral for the 30th sept has new albums by BJORK, DROPKICK MURPHYS and THE YEAH YEAH YEAHS.

Universal for the 30th of Sept has via Bluenote “ bluenote reimagined II” on cd, lp and ltd indies 2lp clear vinyl. New music from INHALER via polydor…brand new 7” single “ these are the days” from the lads, b side is a Billie Eilish cover…old school single release with b side, nice to see…fine tune again..here it is 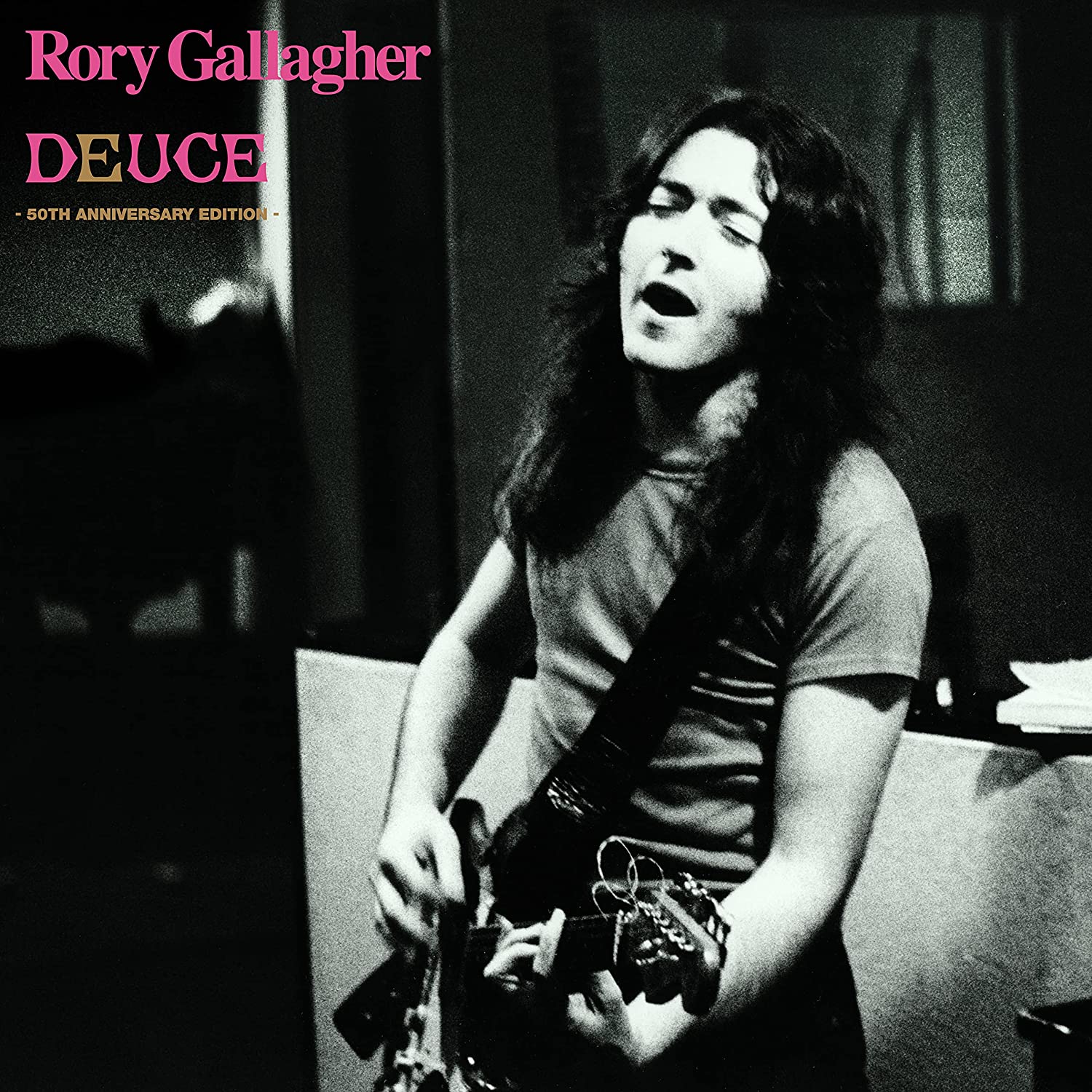 There is a repress of AMY WINEHOUSE “ live at the bbc” , there are some OLAFUR ARNALDS vinyl represses and Irish dark metallers DARKEST ERA return with a new album also.

Going to hand over to Shane now as he takes ye down the road with some release and announcements etc..Cheers, Ray!
How’s it going all? Hope the week is going well for ye.
I agree Ray about the D2C stuff, it’s a shame. The Alice in Chains box set is one I might have got if it came into the shop.

A few decent releases once again coming down the yellow brick road worth a mention.

First up is a 30th anniversary picture disc of Madonna’s ‘Erotica’ which is out on October 21st. It was originally banned from general release so will be a nice one to get now.
We have a few die-hard Madonna fans who call to the shop and buy nearly everything she releases.

Some of her stuff is very collectable too and shoots up in value online in the years after they come out. Whether you agree with that or not is another thing, but I guess that’s the nature of collectables and vinyl definitely has a bit of that. 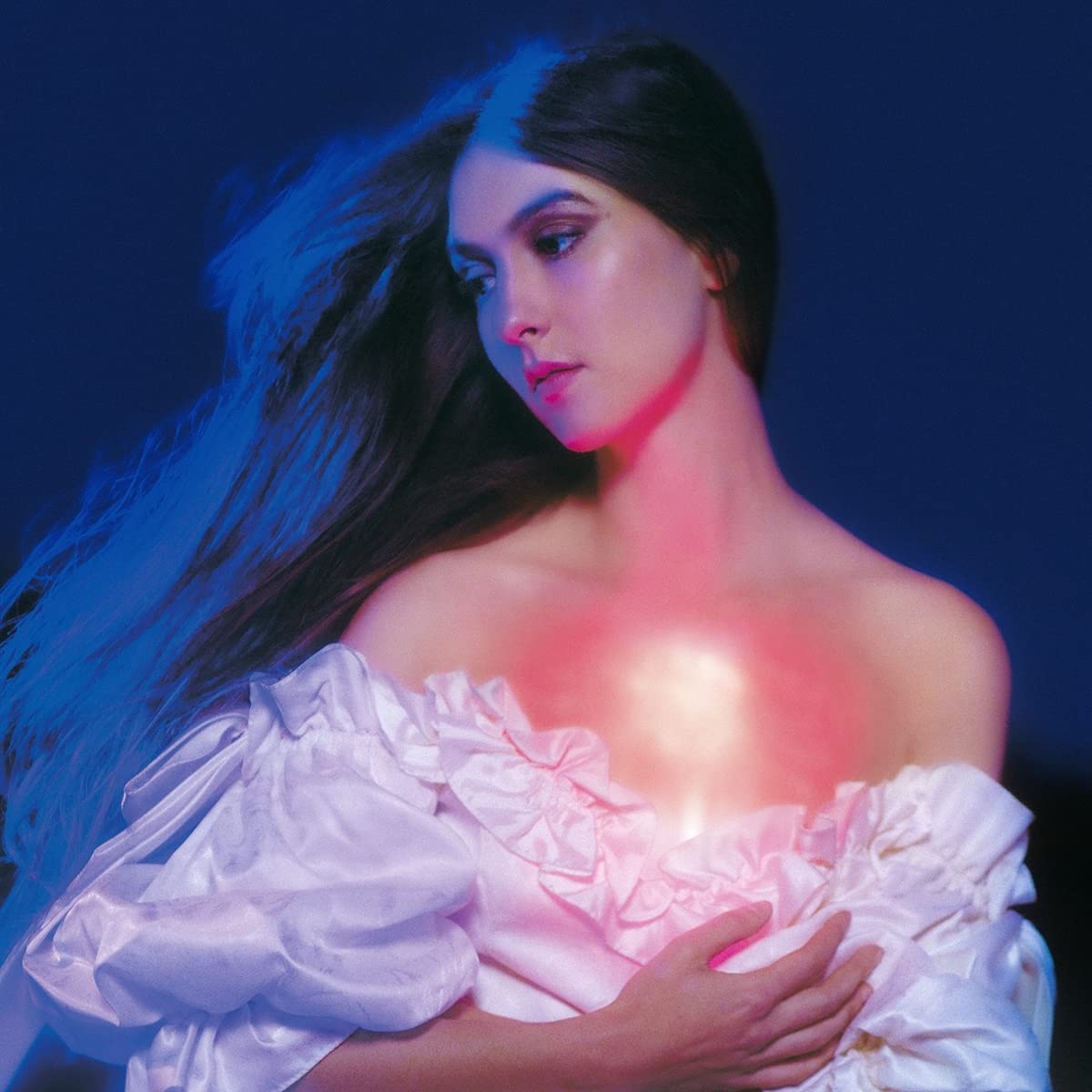 Second up is the new album from WEYES BLOOD ‘And in the Darkness, Hearts Aglow’ coming out in November. Her last one was very good so looking forward to hearing this one. Here’s ‘It’s not just me, it’s everybody’ from it: https://youtu.be/4d_OwQxfuMY
We will be getting the indies clear vinyl version of it but quantities are limited so fastest finger first if interested.

Another talented songwriter is ROZI PLAIN and she has a new album coming called ‘Prize’ but it’s not out until January, so a while to save up. 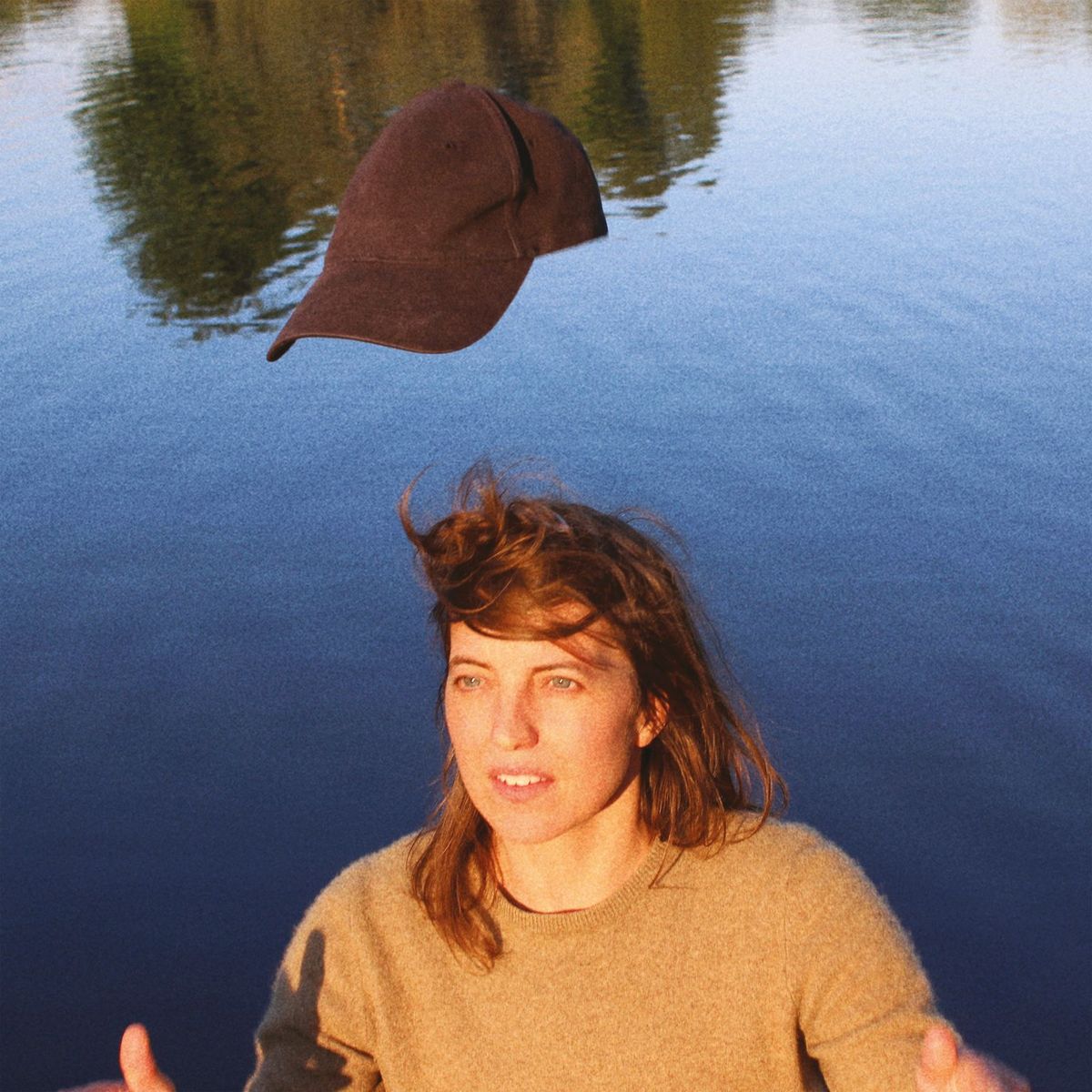 Those are the three main ones but also coming soon: a JIMI HENDRIX Live album on CD and vinyl, more formats of the KISS ‘Creatures of the Night’ anniversary reissue, a DOLLY PARTON Best Of a new album by WARHAUS and a half speed remaster/reissue of THE YARDBIRDS ‘Yardbirds’ featuring their original lineup.

Here’s the link to THE BEATLES – Revolver formats on our site, think I might have missed it last week.

Oh and Adam and Ray are back with d’video: https://youtu.be/SoGiysD9gVU

Back to you Ray so!

Right so last one for this week is INTEGRAL for the 7th of Oct…they have the new GILLA BAND album ( formerly girl band) “ most normal” on Rough trade records…will be available as a cd, lp, indies blue lp and only for these shores an Irish shop only white vinyl version……nice Irish flavour to tonights newsletter isnt there…see the two way street thing in action with the Irish shop only release…” shes not doing the dirt on ya at all boyy”…here is a tune from the new GILLA BAND record “ backwash”

The new album from ALVVAYS is out on the 7th oct via Transgressive and is on CD. CASSETTE, STD Turquoise lp or indies only crystal vinyl…here is “ pharmacist” from the album

THE COMMUNARDS via London records have a 35th anniversary edition of “ red” as a double cd, a single black lp or gatefold DLP red and white coloured vinyl, there is a reissue of STEVE REID ( drummer) “ odyssey of the oblong square” on indies vinyl via Soul Jazz and there are  cd and vinyl reprints of the last three RECOIL albums ( Alan Wilders music project mainly after he left Depeche Mode)…the lps are coloured versions of “ liquid” “ subhuman” and “ unsound methods” .

Last one to note for the 7th of October is the new BONNY LIGHT HORSEMAN ( Anais Mitchell, Eric D Johnson and Josh Kaufman) out via 37d03d records…” rolling garden holy” its called and we could be in for a treat…here is “ california” from it

Thanks for listening as always…we were gonna play ye out with “ being boring” from the PSB..