Hope all is well out there. Twas MICK FLANNERY weekend here at the Musiczone.ie Record and Tape emporium…album 6 launch day was Friday and the boy was instore at 1pm Saturday…96fm rolled into town to cover it…we have hit the big time!!

Ah sure look seriously it is exciting for us…we were involved with two album launch shows Friday in Coughlans live…fine fine record folks…we are delighted to be involved…without smoke being blown up arses…we like supporting and being involved with the local music scene and trying to help in any little way we can…so being involved here is great as Mick is top of the tree and we go back a bit as well…have done this dance a few times now…all good anyway, hope to see ye in the shop Saturday. The album is available here and here’s the latest single…
https://youtu.be/YXK15Dv0iJk 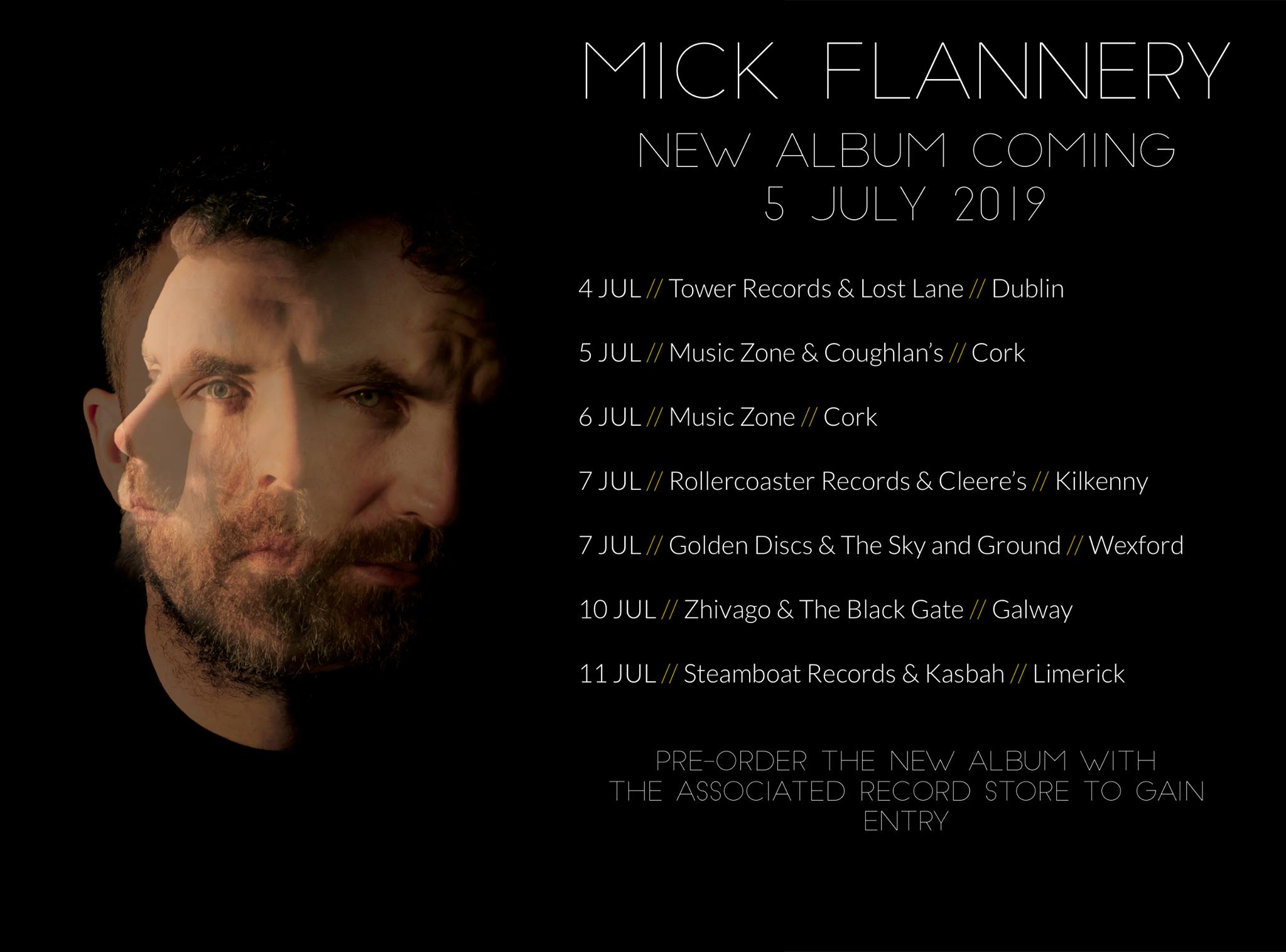 “Global megastar Ed Sheeran has unveiled the official track listing for his ‘No.6 Collaborations Project’, confirmed for release on July 12th via Asylum/Atlantic. The 15-track LP, that includes 22 collaborators, will feature an all-star cast of Sheeran’s favourite artists including Cardi B, Camila Cabello, Khalid, Eminem, Travis Scott, Justin Bieber, Bruno Mars, Stormzy and many more! 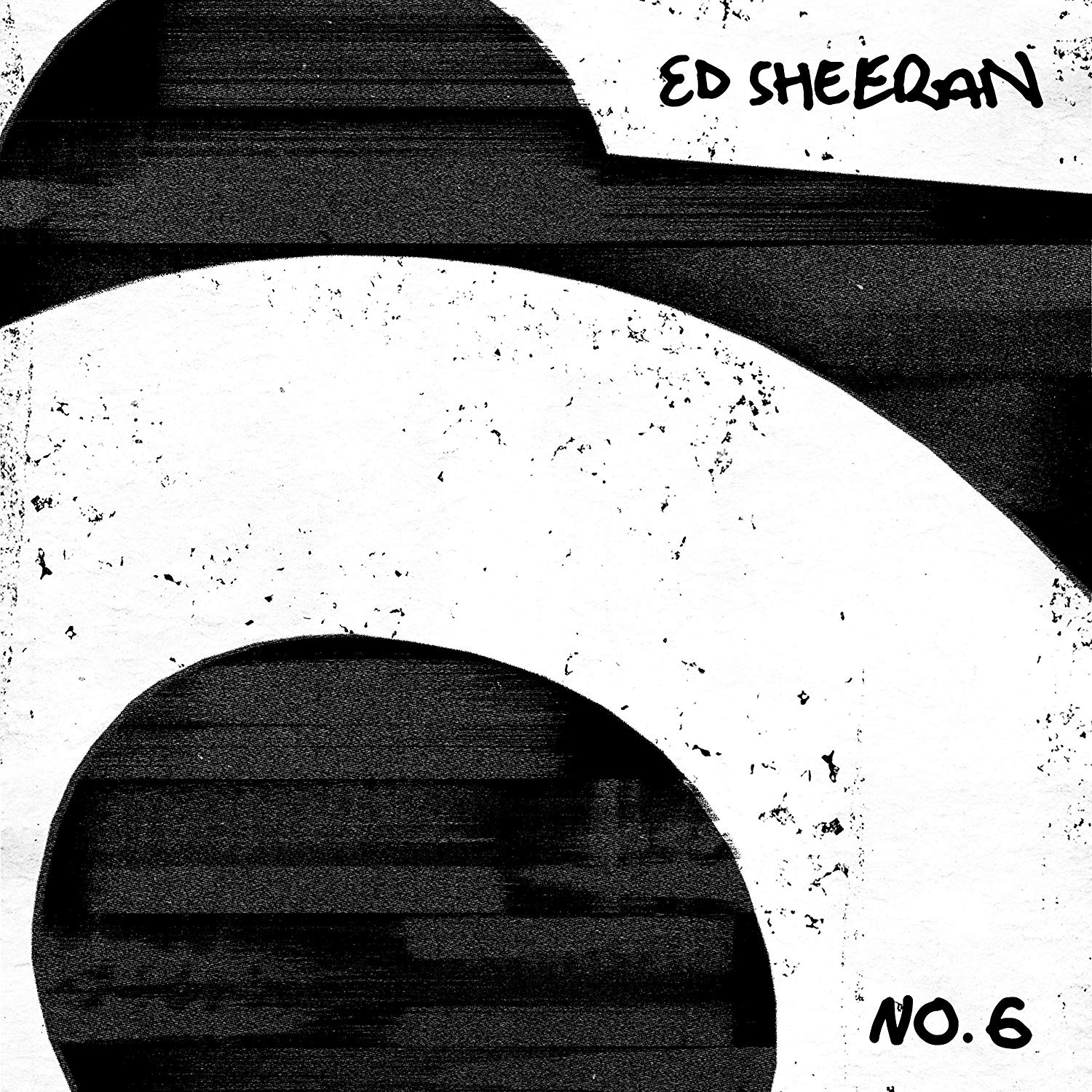 Ed Sheeran says – “I’m a huge fan of all of the artists I worked with on the album. Whether I’ve been following them since the beginning of their careers, or had their albums on repeat, they’re artists that inspire me and all bring something special to each track. Can’t wait for you to hear it!”

The track listing news follows the release of Sheeran’s global hits ‘I Don’t Care’ with Justin Bieber and ‘Cross Me’ feat. Chance the Rapper and PnB Rock – the tracks, which have amassed over 750 million global streams to date, both feature on the upcoming release. Already one of the biggest hits of the year, ‘I Don’t Care’ secured its fifth consecutive week at No.1 in Ireland’s  Official Singles Chart last Friday.

Warner also have DAVID BOWIE – Space Oddity 50th Anniversary 2 x 7 ” boxset via Parlophone…the Bowie heads have informed me that Duncan (the son) is taking way more control over the music from next year…Anyway, here is some more info on this release…

“As part of the ongoing celebrations marking 50 years since David Bowie’s first hit, this a very special double 7” single
of SPACE ODDITY features brand new mixes by Tony Visconti. The double 7” set will come in a box including a double-sided
poster featuring an original Space Oddity print advertisement and a Ray Stevenson shot of David taken on stage at the ‘Save
Rave ‘69’ concert at the London Palladium on 30 th  November, 1969, the backdrop featuring a N.A.S.A. astronaut.
The set also includes an information card and a print featuring an alternative shot by Jojanneke Claassen from the Space
Oddity promo single cover session. The cover of the original mono single is the rare UK promotional picture sleeve
which, along with the label, features the original Philips trademark specifically cleared for this 50th anniversary release.
The single itself has been cut from the original analogue single master tape. The jacket housing the 2019 mixes by Tony
Visconti is a new design featuring alternative Ray Stevenson shot from the ‘Save Rave ‘69’ concert to that on the poster.
First released as a 7-inch single on 11 July 1969, Space Oddity was also the opening track of David Bowie’s self titled second
studio album, David Bowie. Initially inspired by Stanley Kubrick&#39;s film 2001: A Space Odyssey, the song gained huge popularity
when it was adopted as the unofficial theme of the Apollo 11 Moon landing mission which launched five days after the single’s
release.

Warner also have some nice reissues and releases in the shape of ARLO GUTHRIE, ‘Best Of’ on Indies only green vinyl, LOVE – Four Sail LP reissue, AMERICA ’50 Golden Greats’ 16 track single CD, or 2LP or a 50 track 3 CD version, as well as reissues by JEFFERSON AIRPLANE – Thirty Seconds Over Winterland and GREGORY ISAAC’s ‘Mr Isaacs’ LP reissue. Last nice reissue ad remaster of the debut self-titled album by SUICIDE, Indies-only 140g red vinyl…all of these for next Friday the 12th of July.

Play It Again Sam for the 12th of July have the NEW ORDER ‘Live Show from the Old Granada TV Studios…recorded over 5 nights with visual artist LIAM GILLICK and a 12 strong synthesizer ensemble…released as a 2CD or a 3LP Set…the LP set with 3 different colours, red, light green and blue, individual sleeves in a hardback slipcase…best price €50 job on the LP set or €14 for the 2CD job.

PIAS for the 12th of July also have a new album by BLEACHED as well as METZ ‘Automated’ which is a collection of non album singles, b-sides and rarities.

Republic of Music for the 12th of July have KHRUANGBIN ‘Hasta El Cielo’ on CD, LP + 7″ or Indies-only LP + 7″…both pieces on the Indies-only version are pressed on individually numbered yellow vinyl…dub version of ‘Con Todo el Mundo’.

The Orchard for the 12th of July, have the BLOC PARTY ‘Silent Alarm Live’ release on CD or LP. 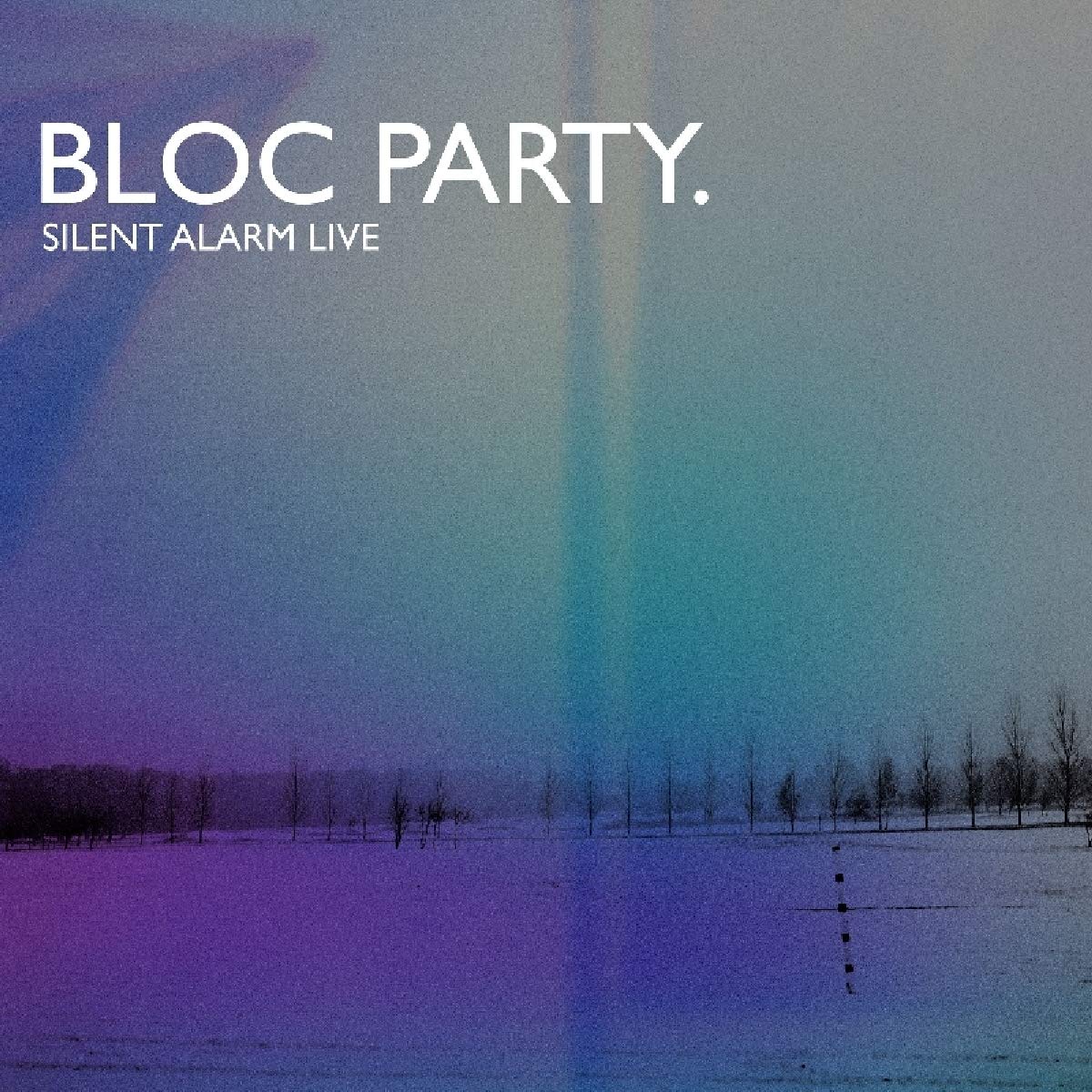 Cork sadly lost a bit of a record shop legend during the week with the passing of Richard Mealy. I only know Richard about 5 or 6 years to be honest but i always, always enjoyed our little dances over records…second hand records…you see Richard was a really good second hand records and second hand clothes operator up in Mother Jones Flea Market…he knew his shit, big time…and loved it too to be fair. So Rich would come in to see ‘Any new second hand Ray’…we had grown fond of one another at this stage and if i wasn’t too grumpy i’d say ‘there’s a box out the back Rich…have a look sure’…without fail he would pick the best 5 records out of a fairly bad pile and then we would do a dance over price….always fun, always good natured…he would leave with the 5 records and a smile…great exchanges though though to be fair…i’d slag him as he left by saying ‘you’ll sell them for double that above now i suppose’…he’d just laugh and say see you next week Ray. I will miss his visits to the shop…a good lad whom i was very fond of…shared a bit of time with him at the Microdisney gig back along and he was in and out of the shop until very recently…ah an awful loss to his family and close friends. I heard a nice story yesterday from another good lad who would visit both our establishments weekly… a friend of our lad was visiting him and he was hunting a record and our lad knew Richard had the record but it was a Monday and the Flea Market was closed …Our lad rang Rich and he came in and opened the stall and gave our mutual friends friend the record…no money…nah, youre grand, no money, it’s cool…fair play…Rich must have sold a load of mine over the weekend i’d say! Only messing kid…Rest in peace.

Universal for the 12th of July have the 20th anniversary edition of ‘Liquid Skin’ by GOMEZ  on Limited 2 CD or 2LP as well as some updated and expanded versions of PAUL MCCARTNEY albums ‘Paul is Live’ 2LP, ‘Choba b CCCP’ LP, ‘Amoeba gig’ 2 LP, ‘Wings over America’ 3 LP.

Uni have a CROWDED HOUSE 2LP ‘Best Of’, THE ROOTS ‘Tipping Point’  LP reissue, new album by K-Flag and Banks, some bluenote label releases also by CONNIE SMITH and Bobbi Humprey and a SQUARES and JOE SATRIANI release also:
‘Joe Satriani is one of the most respected and loved guitar players in the world. Despite known for his monstrous technique, he is the opposite of the stereotyped “shredder”. Satriani is in fact known for his unique melodic sense, his great rock sound rooted in the 70s and his soulful soloing.  After many years of great success as a solo artist, Satriani founded Chickenfoot together with ex Van Halen Sammy Hagar and Michael Anthony and Red Hot Chili Peppers drummer Chad Smith. Satriani about “Squares”: “In Berkeley, CA, back in the late ’70’s my then brother in law Neil Sheehan and I decided to start a band. It would be a power pop trio with me on guitar and Neil managing and writing lyrics. We sought out a drummer and a frontman/bassist, and in December of ’79 we found them playing on the local bay area scene. Our lead vocalist/bassist Andy Milton was from Cleveland, Ohio. He was 6ft. tall, good looking and had a voice like a modern day Elvis. Our drummer Jeff Campitelli was a local phenom who could groove like Charlie Watts but with a new ferocious energy that would help propel the band into the burgeoning New Wave music scene. We called ourselves “The Squares”. We were part Van Halen and part Everly Brothers. A mix of heavy metal, rock ‘n’ roll, punk and new wave. We were hard to pin down and categorize, which is most likely why we never “made it”! But as we were trying our best to get a record deal and become superstars we had a lot of good times, and we laid down some seriously good music. Ultimately, I left the band I started to pursue a solo career. What remains are the original early ’80’s demos. We’ve restored the original recordings, brought them into the digital world, and with loving hands and ears John has remixed the best of what we did in the studio. They sound better than ever. Turn it up and enjoy The Squares!”

Lastly, from Universal for the 12th of July is the VELVET UNDERGROUND – Complete Matrix tapes Limited 8 LP Box Set. 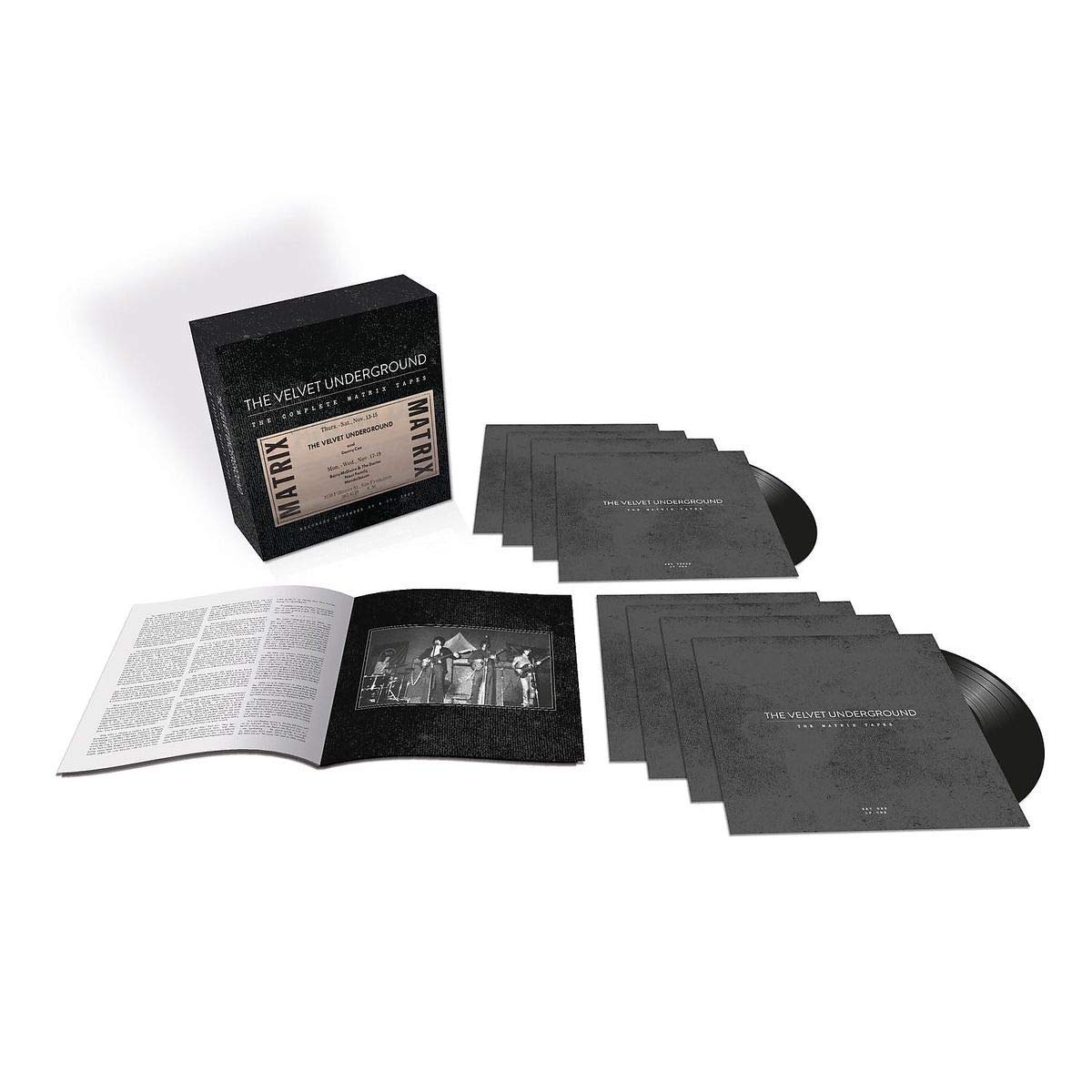 Also on the local scene aside from the boy Flannery, we have rising star JESS LEEN and her band playing instore for us next Saturday the 13th at 1pm for the second Saturday session in a row. Jess is from Douglas but is London based now…Talented lady…and she is bringing her band, which should be sweet…she is launching a new single ‘Compliments’ and here is a little link to it…
https://youtu.be/4HJSqpTifqA

Come here hope to see some of ye over the weekend!!!

Sin é for this week so i suppose.
Go raibh maith agat as do chluas a thabhairt!!