That’s ‘Ray Phrase’ number one for tonight. Like the video, i’m gonna try to fit as many ‘Ray Phrases’ in as possible. With that, the boss man is away tonight with good news, so has left me in charge to try and entertain you, and more importantly, try to flog you stuff to help Ray get his yacht. He has me trained well.

‘Anyway on to the boring stuff’.. That’s number two. 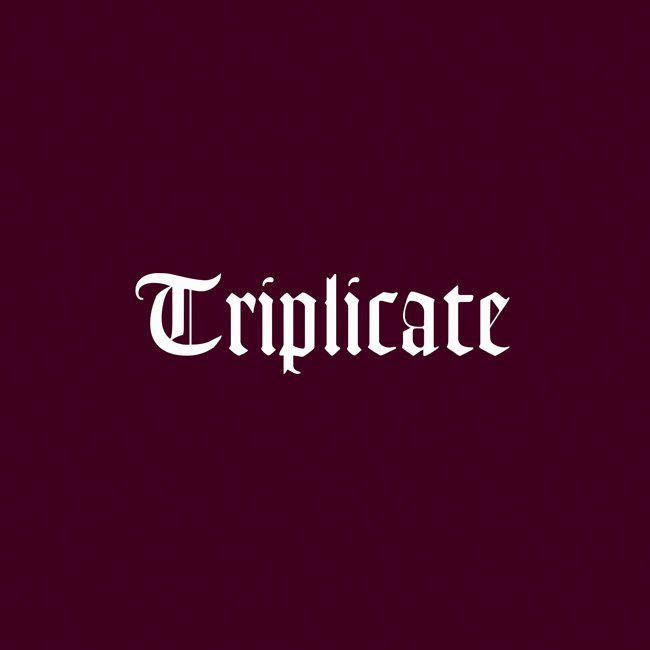 Quite a bit to be fair. The video is also back this week. There’s about 2 or 3 weeks of releases included, so some nice stuff to look at. You can check it as normal here :

Anyway, we’ll crack on to releases for next Friday, April 7th.

Probably the biggest release of the week will go to FATHER JOHN MISTY, who returns with his third solo album ‘Pure Comedy’. His remarkable, lyrical musings will be on CD, Vinyl and a lovely Deluxe Coloured Vinyl edition through Bella Union. Thelast album’s deluxe set was a thing of beauty, so hopefully they’ve done this one as well. His way with words seems to have taken even another powerful, unique step forward on this album, and wouldn’t be surprised to see it up as album of the year come December. 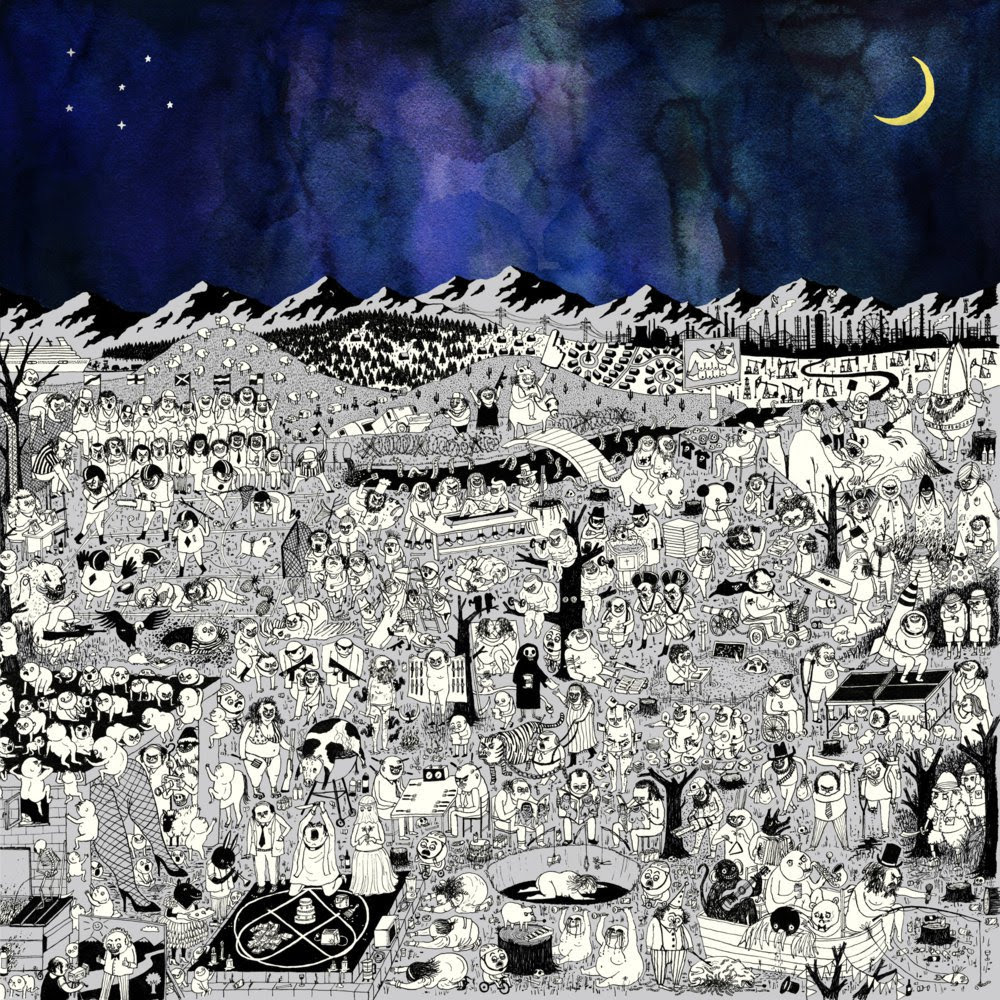 Another cracker through PIAS next week is the new FUTURE ISLANDS album by 4AD, entitled ‘The Far Field’. The smiling assassin has asked me to mention it’s on limited, indies only coloured vinyl (and CD of course).. ‘Yipeeeeeee’ (4).

There’s a new ARCA album out through PIAS next week, as well as a DON CHERRY ‘Music, Wisdom, Love’ LP out… KAREN ELSON has a new CD out also this week, and ‘tis a fine listen’ (5). It’s produced by one of my favourite artists,JONATHAN WILSON, who also happens to produce Father John’s albums, so he’ll be getting quite a nice paycheck this week i’d imagine. Really looking forward to hearing this full album next week, take a listen to the single here :

Finally from PIAS for next Friday is the second album from YORKSTONE, THRONE AND KHAN, once again on limited, indies only, coloured vinyl, and the album from DOOMSDAY KINGDOM, who are a metal supergroup, and it’s out through Nuclear Blast..

Moving on to Universal for the 7th of April, we have the new album from IMELDA MAY, entitled ‘Life, Love, Flesh, Blood’, which will be on CD, Deluxe CD or LP.. The album is produced by T-Bone Burnett. How bad. Musicians that feature on the album include some guy called Jeff Beck, and just some band who played on an album called ‘Raising Sand’, by a certain Robert Plant and Alison Krauss. Just a few small names in the music industry. Not too bad at all. Some serious pedigree on this record. 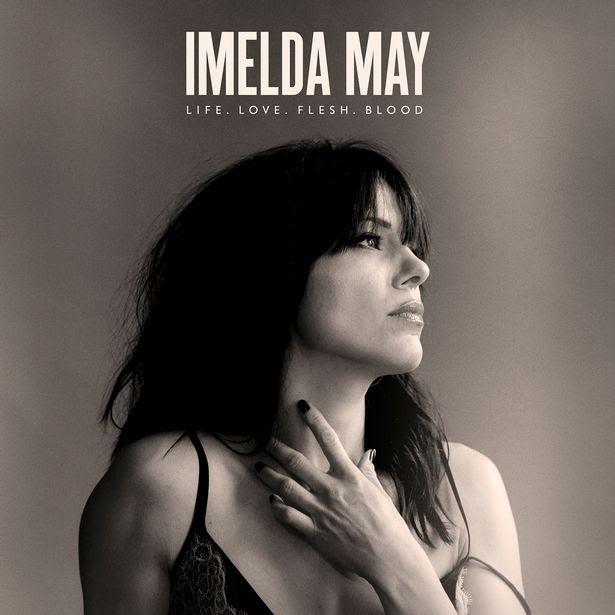 Finally from Universal, a Hozier-Favourite reissue of NIRVANA’s ‘Incesticide’ gets a 2LP release for the 25th Anniversary, as well as RIHANNA’s back catalogue getting the vinyl treatment for the first time, with codes included. 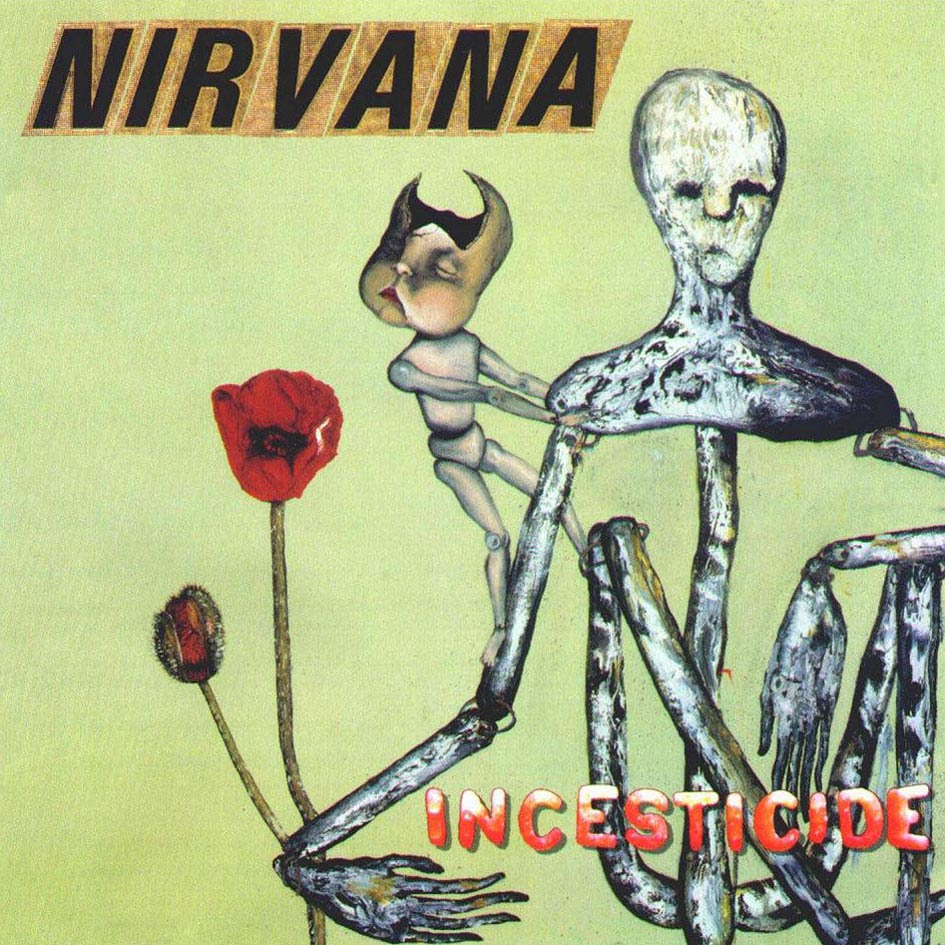 Trying not to use Ray’s signature ‘…..’ after sentences is proving hard, very used to it from tidying up the newsletter each week. He asked me to make this newsletter my own, and I thought what better way?.

Sony for next week have the latest in the NOW THAT’S WHAT I CALL MUSIC series, which is now up to NOW 96.. They also have the new DJ Duo CHAINSMOKER’s album ‘Memories Do Not Open’, and a reissue of ‘Wolves’ byRAG N’ BONE MAN on CD or LP, one of his older albums.

QUEEN’s BRIAN MAY teams up with KERRY ELLIS for a new album entitled ‘Golden Days’, the duo’s second I believe. MIDNIGHT OIL have a ‘Complete Vinyl Boxset’ out through Sony also next week. 13LPs in this one. Surrealistic Pillow by the mighty JEFFERSON AIRPLANE, another favourite of mine, is also reissued next week, as well as ‘Combat Rock’ by THE CLASH.

Warner for next week have a couple of nice bits as well. The GIMME DANGER (Iggy and the Stooges documentary) soundtrack gets it’s long anticipated vinyl pressing release, and there is a CARO EMERALD ‘Deleted Scenes’ Acoustic Sessions limited coloured vinyl also out. I wonder how many times I can say the words ‘limited’ and ‘coloured’ in one email to try sell ye stuff. I’ll have to ask the smiling assassin to throw me a fiver every time I do from now on. 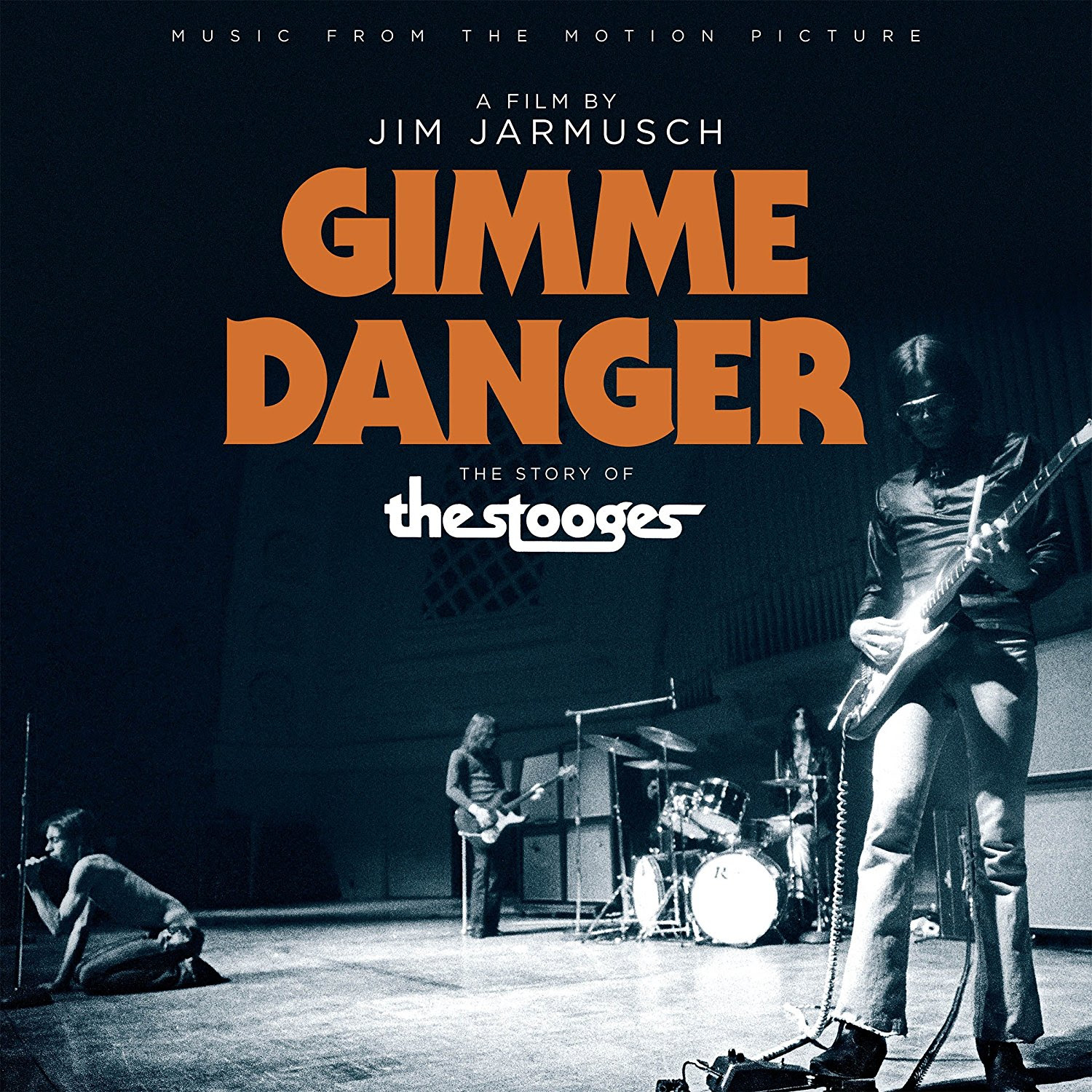 Few final bits from Warner for next week include a new MIKE AND THE MECHANICS album ‘Let Me Fly’ on CD or LP, and THE OBSESSED are back with a new album, as well as the new WOODS OF YPRES LP.

Republic of Music for the 7th have the new ERJA LYYTINEN album ‘Stolen Hearts’. Savage blues slide guitar player. It’s been awhile since I’ve heard a blues player and been blown away, but a customer ordered in a live album of hers in recent weeks and asked us to listen to it before it was collected, and it was some listen. The band that plays with her are incredible, the arrangements are incredible, and her playing is something else. Well worth checking her out, especially the live stuff.

There is also a LP reissue of the long out of print, 2002 LAMBCHOP LP ‘Is A Woman’ through Republic Of Music for next week.

And finally for next week guys, Essential have a new JOEY BADASS album on CD or LP, and Proper have a reissue of OPETH’s ‘Still Life’ as a 2LP Picture Disc, and JAMES LUTHER DICKINSON’s ‘I’m Just Dead, I’m Not Gone’ on LP.

We had another great in-store this week, the brilliant CLARE SANDS was in to promote her new solo album ‘Under The Table’. The video for the title track of the album was released last week, so check it out here : 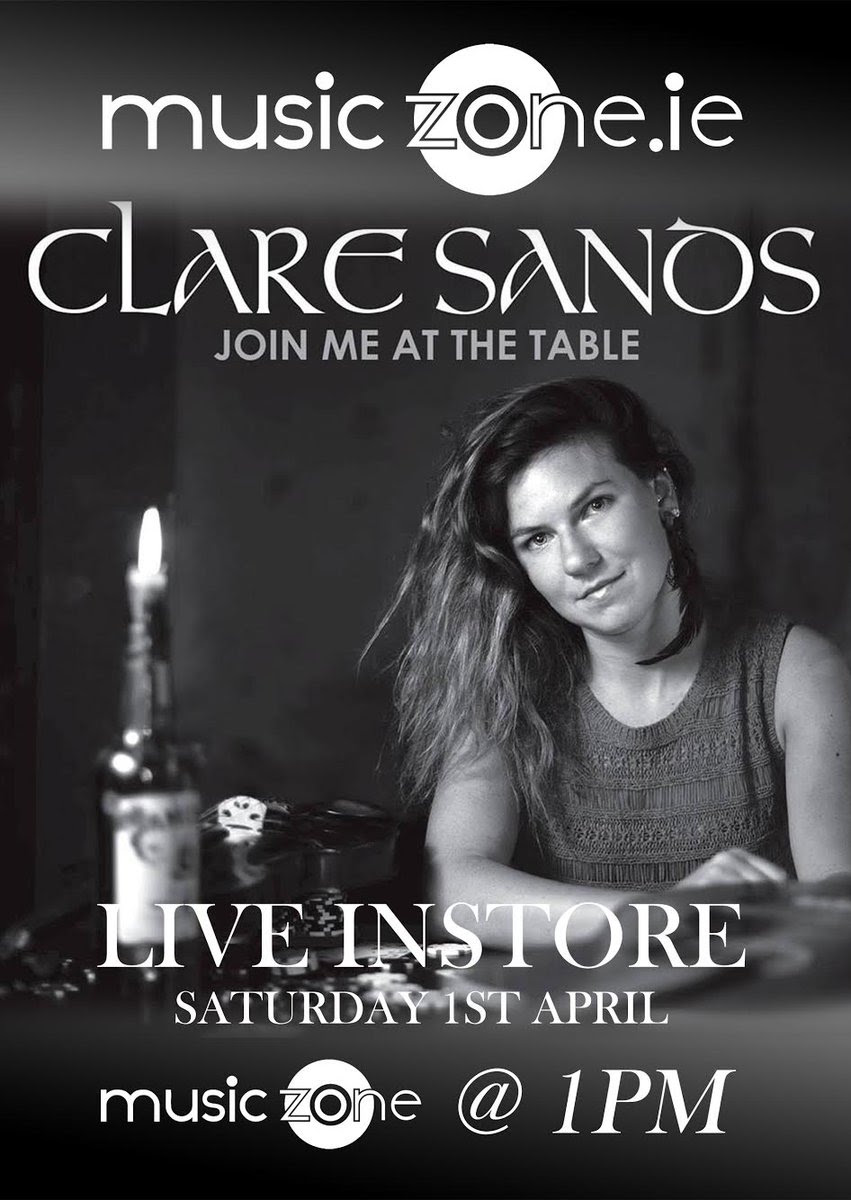 Sin é for this week folks, (I’ve lost count at this stage of Ray quotes)

The Boss-Man should be back next week but thanks for having me,