Hi everyone,
Hope all is well! This Saturday the 17th of July is RSD Drop 2… The shop will open at 8AM and website for RSD Drop 2 Stuff opens at 6PM… We will again have to watch numbers in the shop but numbers should be well down on Drop 1… But will still be busy from 8-10 i’d say.. Should be handy enough after that.. I listed a few tight stock lines last week (Fun Lovin Criminals, Matt Bellamy, Charlie Park, St Vincent, Bjork and Richmond Fontaine).. I could have missed a few also but I think the only other ones that wishlist exceed supply is the Pearl Jam ‘Alive’ 12” is if that one is on your wishlist you will need to set the alarm.. Email and i’ll try give you a quick update (will be quick though as it’s a busy week!).. I think the majority of releases should be ok but a few will have slipped through the cracks.. 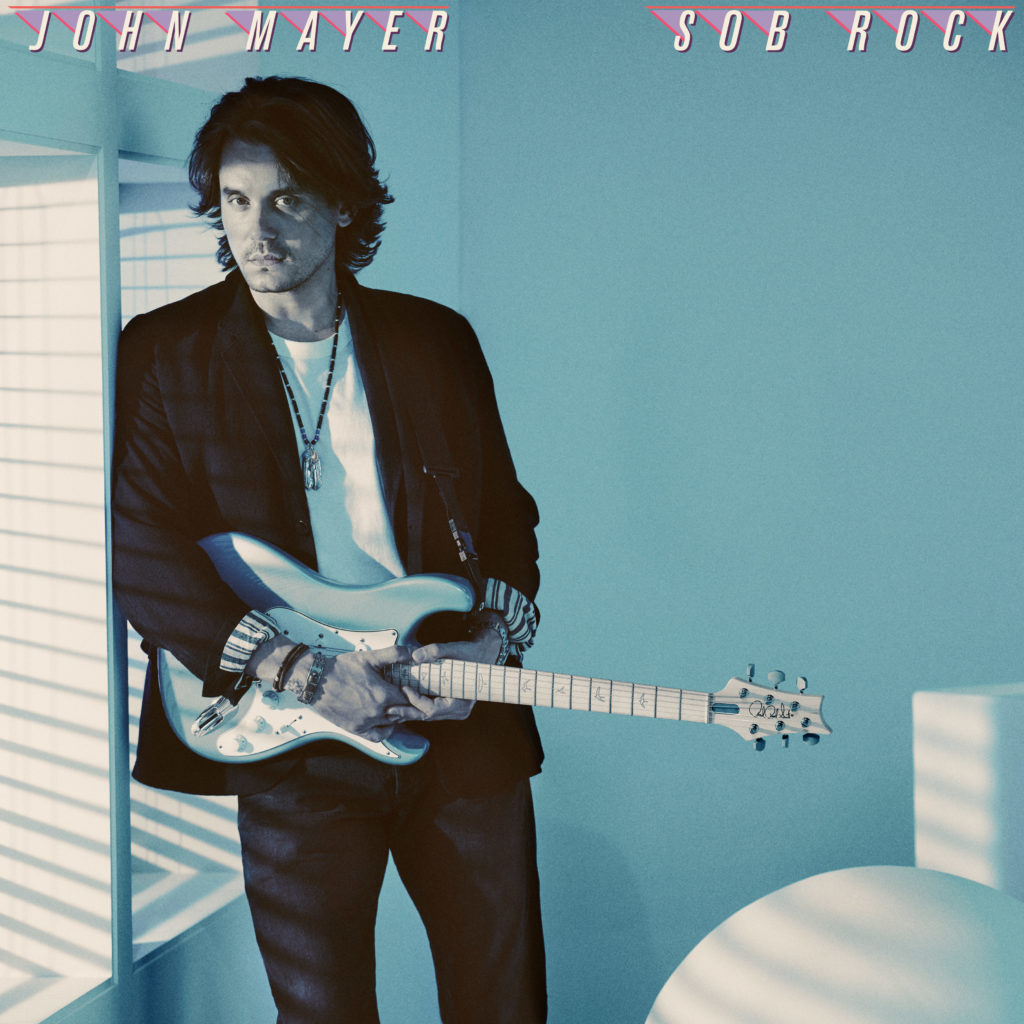 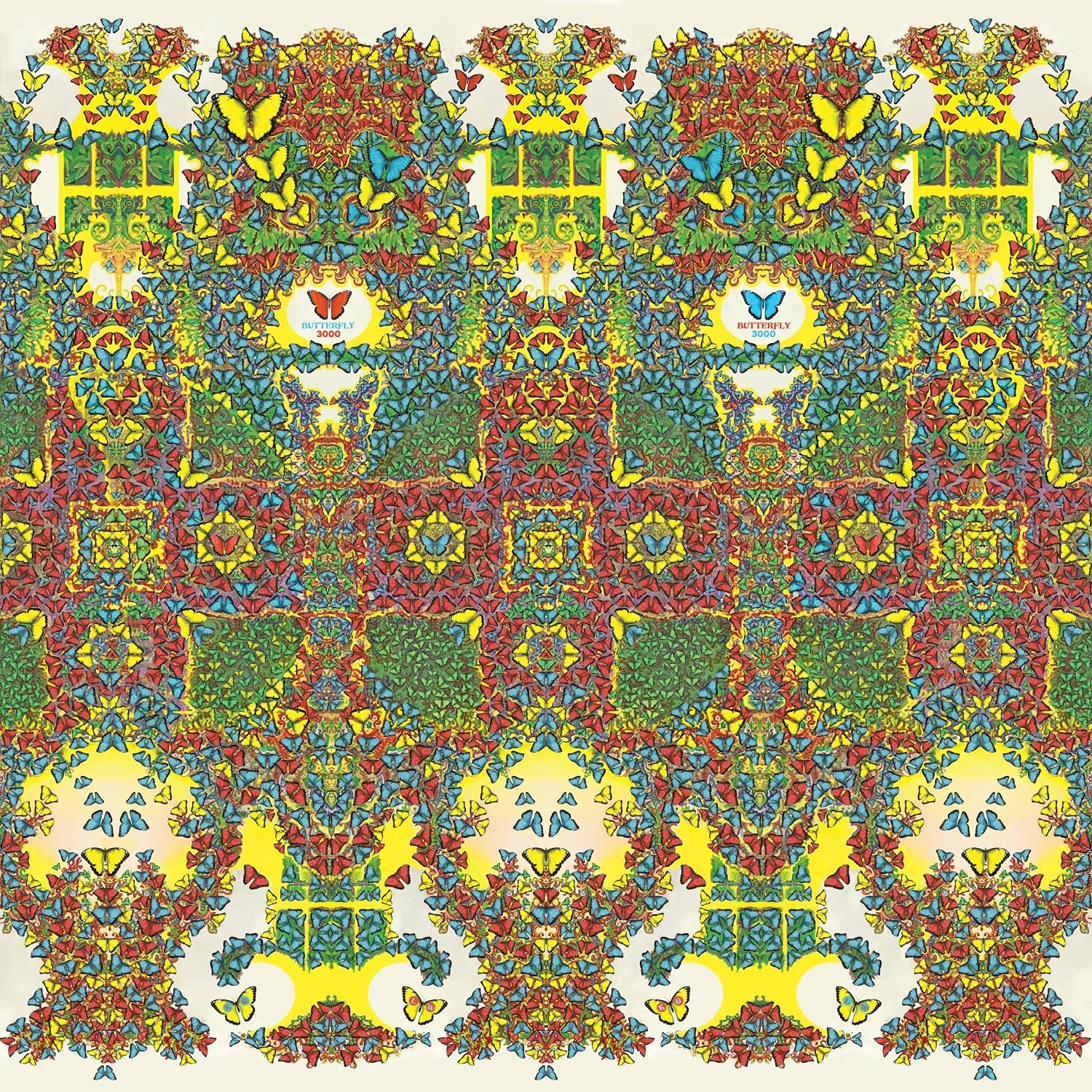 Video for last week’s releases now up on Youtube at the following link :
https://youtu.be/IGGdhOZ5Mfc

It nearly went home folks but as Mr. Bonucci said it went to Rome… T’was like a night at the opera wasn’t it.. Not the greatest match ever but captivating wasn’t it… England got as good a goal as you would see but got afraid of it.. A night at the open… Exhilerating.. Events around the ground before, during and after the game disgusting though.. Physical and mental.. Disgusting, makes me feel the cup found it’s rightful home… Italy deserved it over the 120 mins anyway…

Anyway, moving on to releases for the 30th of July.. Warner via Rhino Atlantic have a career spanning ARETHA FRANKLIN boxset ‘Aretha’.. 4CD, or as a 2LP or single CD.. BMG have a GEEZER BUTLER ‘Manipulations Of The Mind : The Complete Collection’ 4CD of Sabbath founding member solo work as well as a separate ‘Very Best Of’ CD also.. PLG UK have a reissue and remixed version of MARILLION’s debut ‘Script For A Jester’s Tear’ on CD or LP... Fueled By Ramen have a silver vinyl reissue of PANIC! AT THE DISCO’s ‘A Fever You Can’t Sweat Out’ and lastly Warner for the 30th of July have a reissue of VADER’s ‘De Profundis’ on CD and LP via Nuclear Blast… 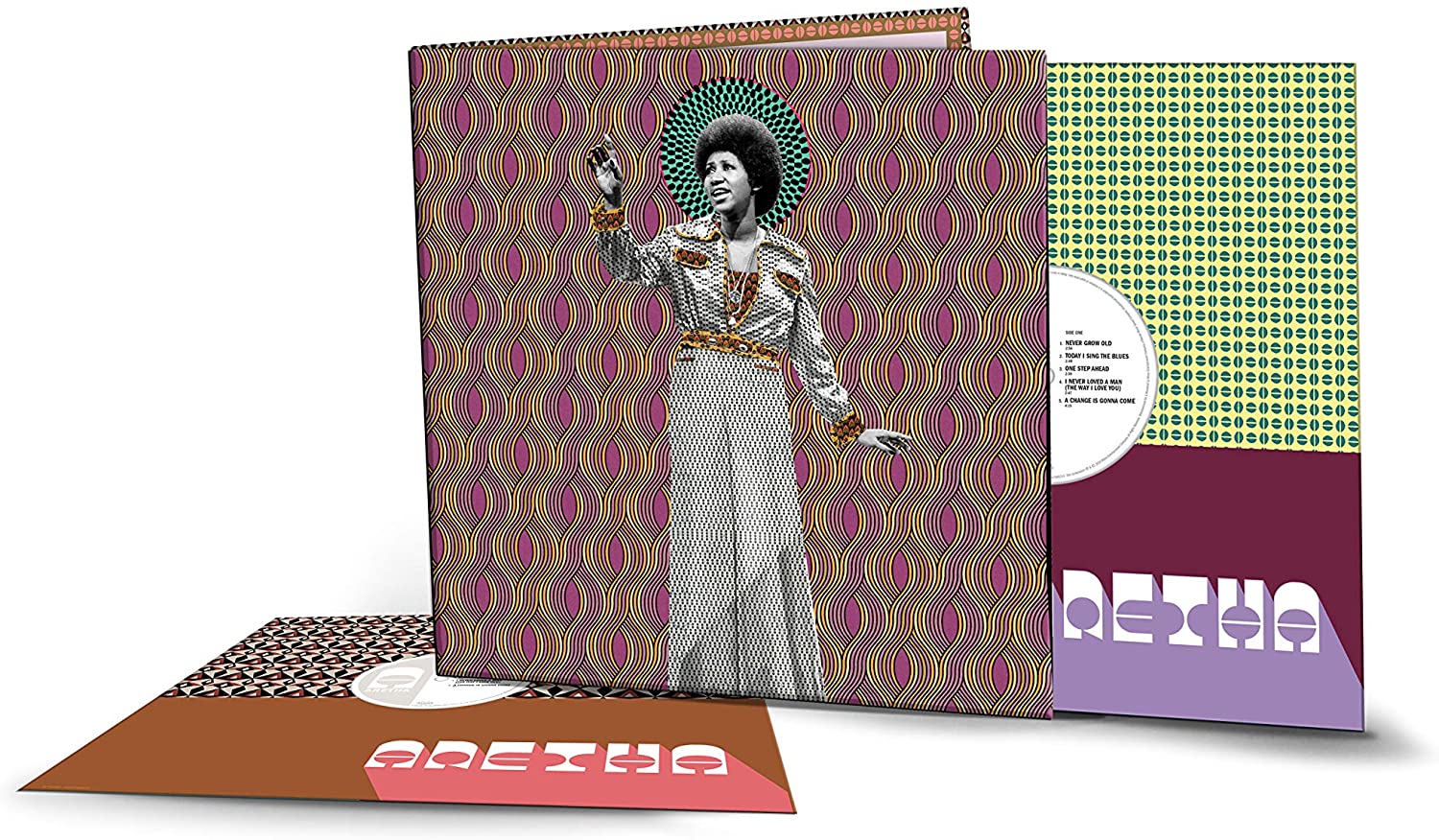 The Orchard for the 30th of july have the brand new SON VOLT album ‘Electro Melodier’ on Transmit Sound Label.. First press to indie shops is Tan coloured vinyl… Jay Farrar 10th record now.. Since he left Uncle Tupelo… Here is ‘Reverie’ from the new record..
https://www.youtube.com/watch?v=IN6Y7YxUlRg
There is a limited 7” single by PEACHES also out through the Orchard on the 30th.. She’s back!! Napalm via Orchard have a brand new DEE SNIDER album ‘Leave A Scar’ album on CD or LP..

Integarl for the 30th of July have new records by DURAND JONES & THE INDICATIONS ‘Private Space’, LUMP ‘Animal’ as well as reissues by THE CINEMATIC ORCHESTRA, ERASURE, FELA KUTI, and SCRITTI POLITTI

Sony for the 30th of July have the first fully unreleased studio album of PRINCE ‘Welcome 2 America‘.. 55 minutes of new Prince music.. The album was recorded in 2010 and early 2011 but was abandoned at the time for unknown reasons… Deluxe edition includes a bluray of an April 2011 show in California… So it’s available on a good few formats.. CD, 2LP Black Vinyl, 2LP Clear Vinyl and 2LP/CD/BluRay Deluxe Set.. There is a recent price drop on the deluxe boxset.. Now best price of €130… 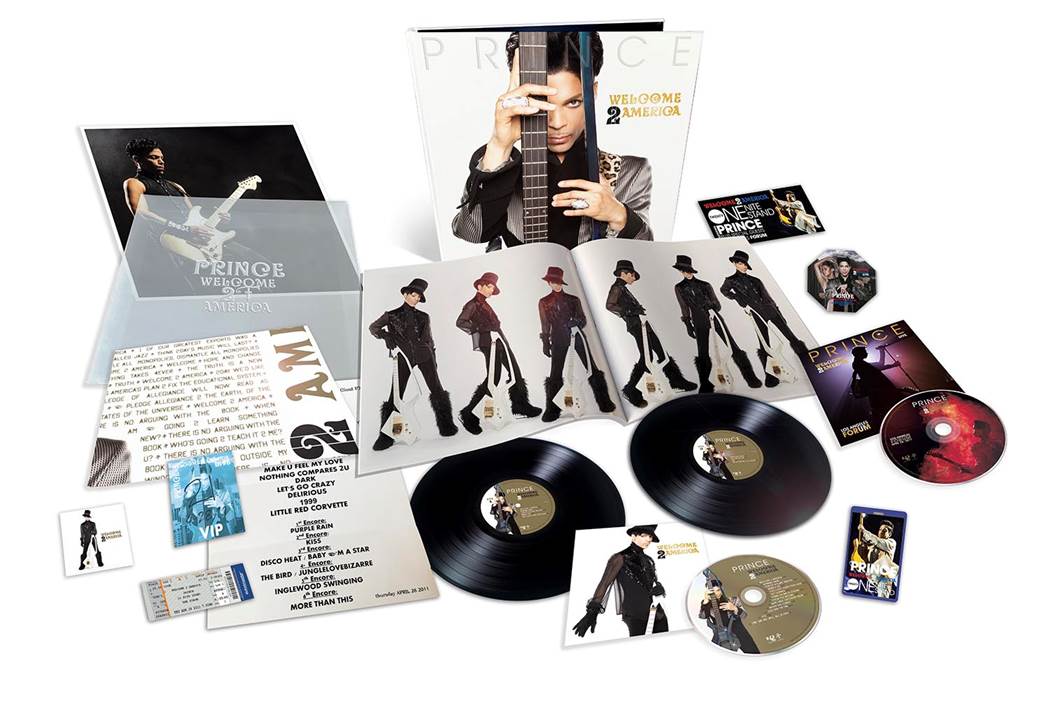 I am going to steal a small bit of Bobby’s thunder here if you don’t mind Bob as there are two down the road releases that have me personally really excited.. Both Irish Releases, one a reissue and one a brand new album..

So first the album that is 26 years old and is truly in my opinion one of the greatest Irish albums of all time.. WHIPPING BOY’s ‘Heartworm’ gets a deluxe reissue on the Needle Mythology label via The Orchard.. It is coming as a 2LP pressed on 180gram vinyl gatefold with printed inner sleeves featuring lyrics and new liner notes.. Bonus LP with additional 10 tracks, collection of b-sides and previously unreleased demos… The 2CD comes with the bonus disc also.. Really can’t wait for this, an album that had a huge impact on me as a 21 year old.. played and played it to death and still do.. A truly suburb album in my opinion.. ‘Babies, sex and flagons, shifting women, getting stoned’ ahhh When We Were Young!!! The 16 year olds of today need to be listening to this album.. Anyway enough on it for now.. UPDATE FROM WEDNESDAY 14TH JULY AT 4:53PM.. Disaster here, our order on the vinyl of Whipping Boy has been cut massively. Massively. Ray has just rang me (Bob here) to pop this message in. We are already sold out of the vinyl. We’ll work hard to try to get more over the next weeks and Ray will add a proper update in next week’s newsletter. Sorry all.

Second Irish album due, this one on 10th September is our very own JOHN BLEK’s new record ‘On Ether And Air’ and it’s available on LP or CD and where do I start… It’s stunning.. I’ve had the pleasure of it for a while now and it’s just stunning.. In my opinion the best work John  has done.. The sound is fuller with beautiful strings and piano.. A top notch release.. The tempo, the space the music has, it’s a stunning, beautiful listen… A real step forward in my opinion.. I hope and do believe this record will get the recognition it deserves.. Here is ‘Long Strand’ from the record.. We hope to have John for an in-store on Sat 11th Sept (mark it in the diaries folks!!)..

On Ether & Air is the final part of Blek’s Catharsis Project, a four album exploration into themes

of the sea, the earth, the embers and the air. This new record is an examination of the simultaneous lightness and weight of the atmospheres surrounding us and the innate human longing for unbridled freedom.

Written over a period of 6 weeks and recorded throughout the second half of 2019. Collaboration was key to the creation of this record.

“Chance encounters and some fortunate timing lead to me being able to work with some of my favourite musicians. Getting people with such unique playing styles involved went a long way in defining the sound of On Ether & Air and creating an album of which I am immensely proud.” 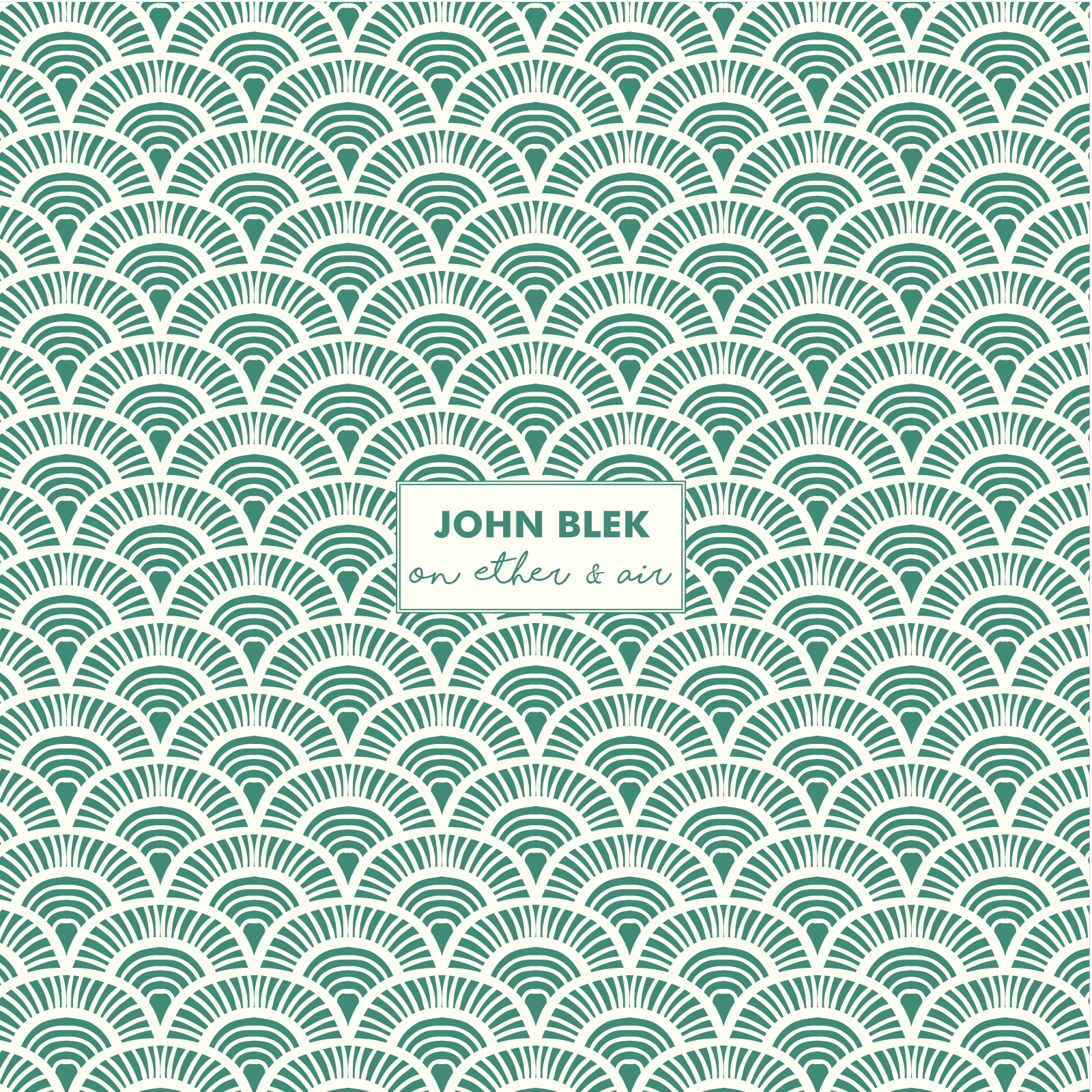 The book is most definitely open here also folks.. Website or email..

Universal for the 30th of July have maybe the most anticipated album release of the year by arguably the biggest star in the world.. Interscope have the new BILLIE EILISH record ‘Happier Than Ever’ on CD Digipack, Black 2LP Vinyl, a grey indies only cassette… The album will not be in-stores until 30th of July for security reasons.. Here is ‘Your Power’ from the new record.. The last album was great..
https://www.youtube.com/watch?v=fzeWc3zh01g 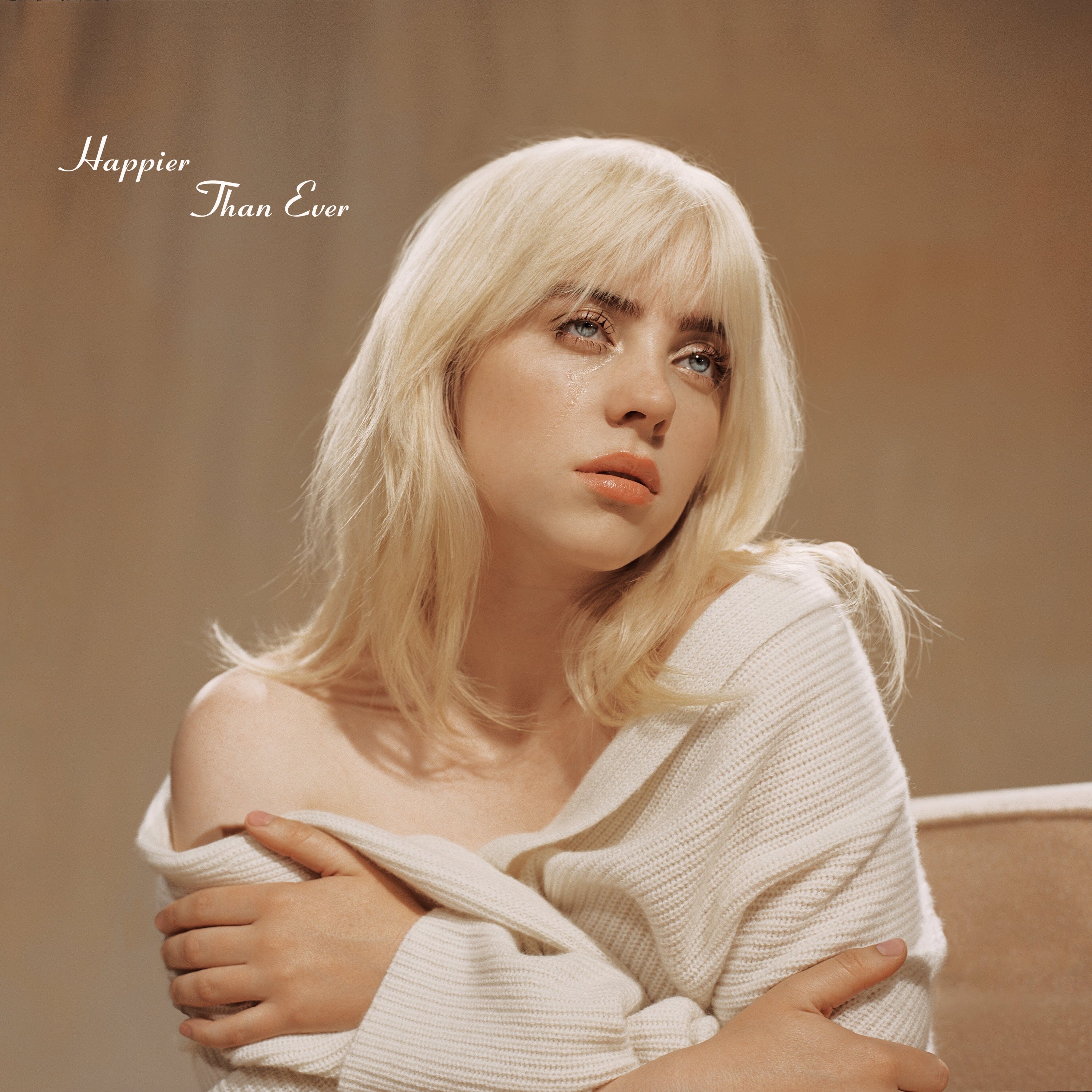 Uni also have a new CD album from DAVE.. Concord have a brand new album from YOLA ‘Stand For Myself’ on CD and first time purple vinyl press… This one is on Dan Auerbach’s Easy Eye Records and is produced by Auerbach also.. UMC for 30th of July have the THIN LIZZY ‘Greatest Hits’ on 2LP.. The opening line of the sales notes reads as this.. This opening line is questionable at best… If easily offended please look away now… ‘THIN LIZZY is unquestionably one of the true icons of British Rock’… Okay i’m ducking for cover.. That’s what it said..

UMC also have six BRYAN FERRY vinyl reissues of his first 6 solo albums from 1973-1985.. These are remastered from the original tapes… Ferry is unquestionably one of the true icons of Irish music… Huh.. Huh… A song from Frozen springs to mind Raymond.. Loma Vista for the 30th have a NATHANIEL RATELIFF ‘Live At Redrocks’ 2LP Version..

Right so over to Bobby and apologies for stealing some thunder earlier!! I didn’t forget anything did I?..

Hey folks,
Hope everyone is keeping well!
Few nice bits for today again,
Warner are releasing LCD SOUNDSYSTEM’s ‘The Long Goodbye : Live at Madison Square Garden’ as a 5LP or 3CD set of the legendary 2011 near 4 hour concert. This 10th Anniversary repress is due in on August 6th. 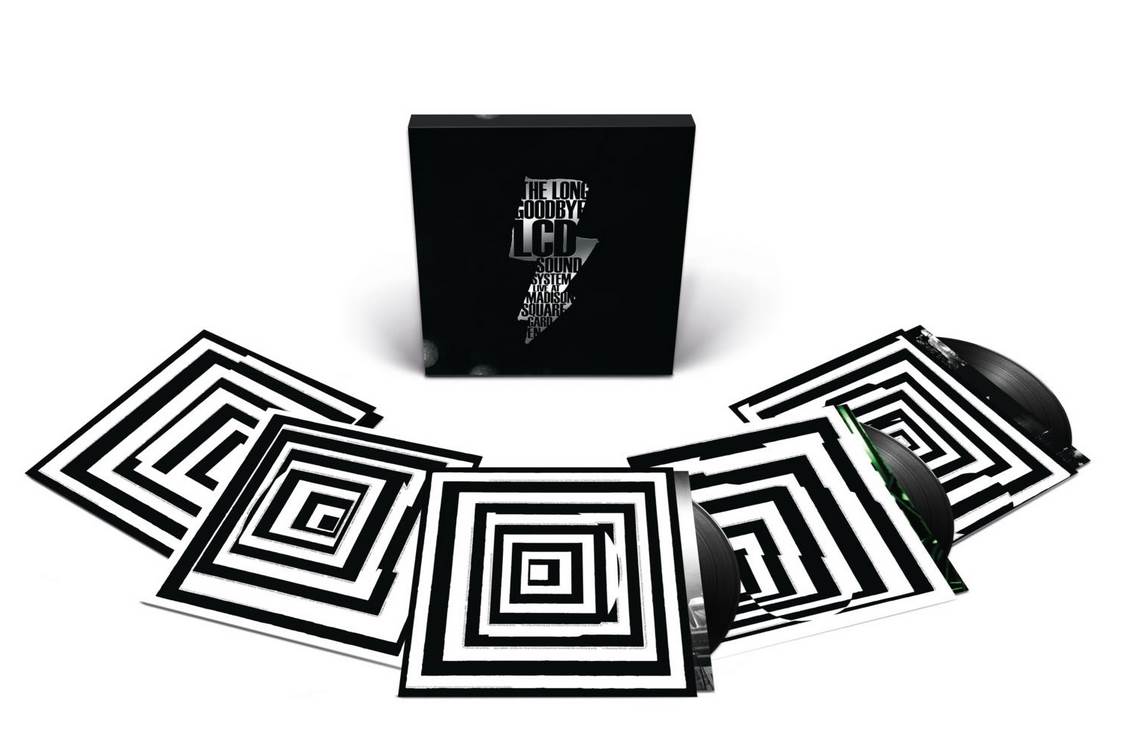 Warner also have a nice reissue of SUPERGRASS’ classic second LP ‘In It For The Money’. A few formats again on this one, with a 3CD, Standard Vinyl, or a limited Turquoise Vinyl with Bonus 12”..

A few other nice bits announced this week include a 20th Anniversary reissue of SUPER FURRY ANIMALS ‘Rings Around The World’ as a Vinyl, CD or Deluxe 3CD. There is new JOAN AS POLICE WOMAN album featuring DAVE OKUMU (The Invisible) and TONY ALLEN (Fela Kuti), this one is due into the siopa in November and will be available on CD or LP.

Finally from myself we have a couple of allocations this week of limited bits, so unfortunately here when stock is gone it’s gone. Kicking us off with these is a new ANGEL OLSEN 80’s covers EP called ‘Aisles’ coming on in to us vinyl. There is a reissue of THE NEW PORNOGRAPHERS’ debut album ‘Mass Romantic’ reissued on red vinyl with a bonus 7”. And finally with the allocations is a reissue (first timer on vinyl) THE KNIFE / PLANNINGTOROCK / MOUNT SIMS 2009 LP ‘Tomorrow, In A Year’. Best chance if interested in any of these titles is fastest fingers first i’m afraid folks, emails may not be seen in time.

Our weekly playlist for new releases for July 30th now up at the following link if you’d like a listen!
MUSIC ZONE – NEW RELEASE PLAYLIST JULY 30TH 2021

That’s it from me folks, back to the boss-man!

Thanks Bob,
Right lastly we have Integral for the 6th of August, which really only have LIARS’ new album of note on Mute.. It’s called ‘Apple Drop’.. CD or first press coloured vinyl..

Sin é for this week folks,
Thanks for listening as always
Ray, Bobby & Shane
musiczone.ie