Hi everyone,
Hope ye’r all well and the form is good.. Another day in the warehouse… Could be worse.. I’m always grumbling lately (cabin fever i’d say) but really hoping we can call & collect in a few weeks time.. Anyways, could be worse says the cranky man..

RSD.. Record Store Day Drop 1 is happening on the 12th of June and Drop 2 is on the 17th of July.. I will run through some guidelines / rules in case ye’r new to it all.. Some of ye have read this about 10 times before… It is our 10th year involved in RSD now.. It was conceived in 2007 I think, 2012 was our first venture and we have had some mighty days in-between filled with wine, song, wine and even more songs, not too mention a few few records moving out the dóras.. It has a few flaws (RSD) but for the good siopa it is a special and important day… Don’t know what the situation will be by the 12th of June but I do know I need to place my orders by noon on April 30th, so I need wishlists in by 6PM on Wednesday the 28th of April please..

But if you are interest in something(s) then it would be great if you emailed in a wishlist of what you hope for and by doing that it allows me to fight for more of a certain record than maybe another.. By sending the wishlist you have a much greater chance of securing the record… I will also communicate problems / allocations / etc to the folks that wish list.. So if for example I have 6 folks wish lists for a record and i’m only getting 3 copies, then I will email ye and tell ye that at least 6 are looking and we only got 3, so set the alarm i’d say.. Wishlist is good and NB from our end… So don’t be afraid of it folks!! You’ll be dead long enough and sher what else do ye have to spend yer dollars on!! We still only have pricing on about half the releases but Bobby will send what we have under here and send the rest next week.. 28th April deadline so 2 weeks.. We have all the pricing by next week I hope.. Here are the lists we have so far..
PROPER – RSD 2021 LIST WITH PRICING
THE ORCHARD – RSD 2021 LIST WITH PRICING
CARGO – RSD 2021 LIST WITH PRICING
SRD – RSD 2021 LIST WITH PRICING

Right so sin sin for RSD for this week.. Although no Bowie, no Bowie the forgotten man of music, the people just don’t get him??? Or will there be a grand late entrance I wonder?? 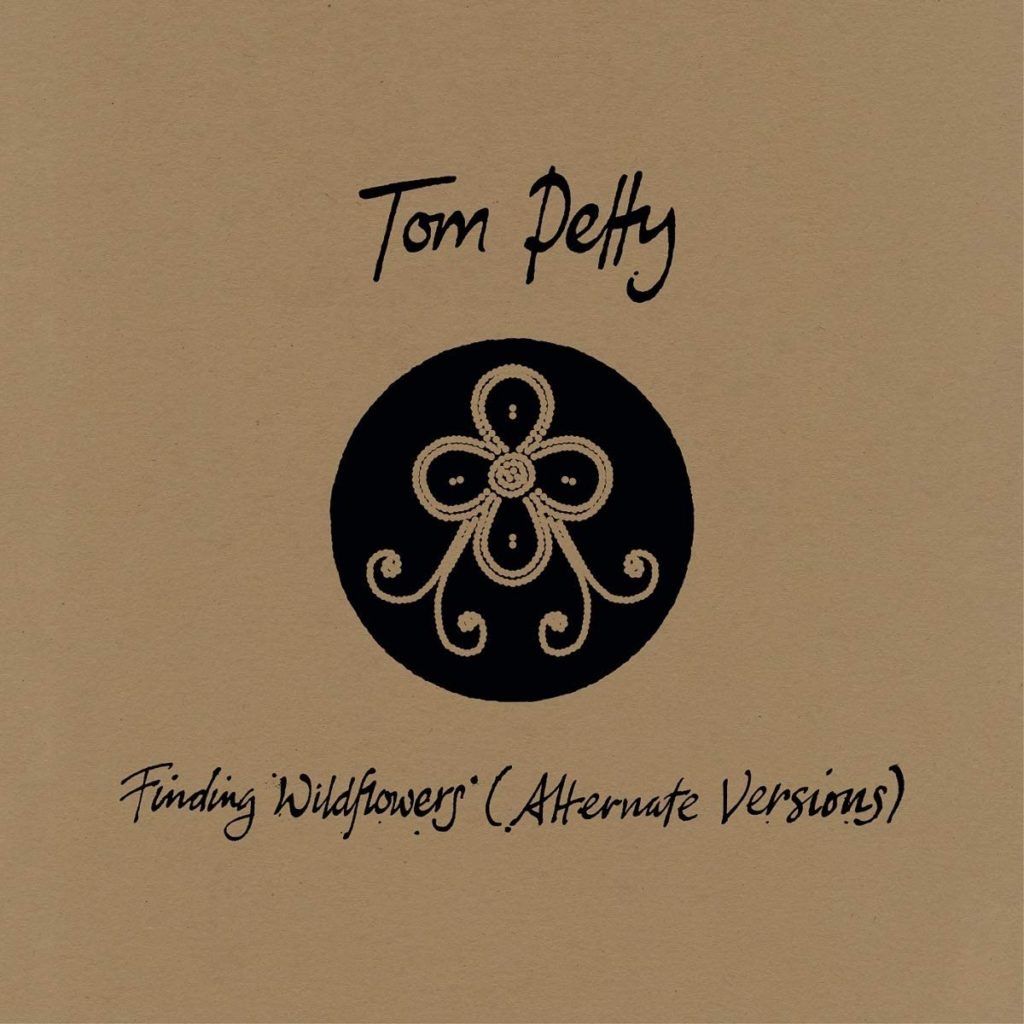 Video from last week is now up here..
https://www.youtube.com/watch?v=p4hvaMdc3PQ&ab_channel=MusicZone

A special mention must be given to EMPEROR OF ICECREAM EP Collection 93-94 CD release this Friday.. Limited release edition of only 200 copies of this and it is a compilation of the first 3 EPs from the 93/94 period.. Lockdown has thrown a few nice surprises our ways also and Emperors music is one of those surprises.. The rumour mill has it that the lads have a lot of good new material written also so exciting times ahead and maybe even a brand new album at some point later this year!!!

So onto releases for the 23rd of April we have the deluxe reissues of JOHN LENNON’s ‘Plastic Ono Band’ and THE WHO’s ‘The Who Sells Out’, as well as new releases by DINOSAUR JR, IMELDA MAY, FIELD MUSIC, TOM JONES, MOTORHEAD, FLOWERED UP, TOUMANI DIABATE & THE LONDON SYMPHONY ORCHESTRA, PETER FRAMPTON and ZARA LARSSON… We will have reissues by THE SELECTER, SPIRITUALIZED, SOUL JAZZ RECORDS PRESENTS STUDIO ONE ROOTS, SKINDRED, MORSE / PORTNOY / GEORGE, and a MARS VOLTA 18LP box.. On the CD front there is a 2CD version of EMMYLOU’s ‘Wrecking Ball’. 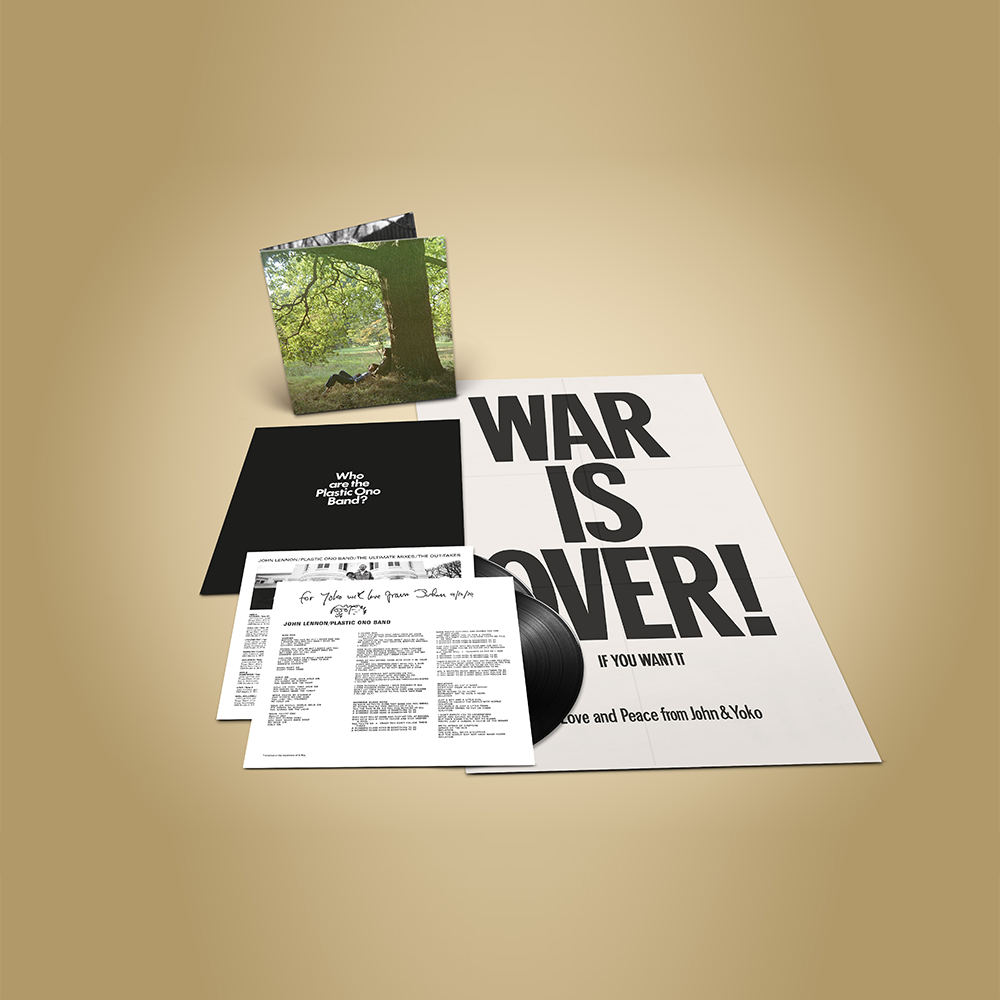 Right so onto releases for 30th of April… There are a few.. Apologies if we are missing some links from today’s newsletter, a lot of our focus is on RSD but if we mention something and it’s not link and you are interested, drop us a mail and we will send a link…

Uni for the 30th of April have the new album from MANCHESTER ORCHESTRA on Loma Vista, coming on CD, LP or Deluxe Limited Pink Vinyl.. This crowd are a fine band.. 6th album from them… Here is ‘Bed Head’ from the new album..
https://www.youtube.com/watch?v=-voZou1JllY

Bluenote are release the posthumous TONY ALLEN album ‘There Is No End’ CD or ‘Collectors Sleeve Edition’ 2LP vinyl.. UMC have the next in the PJ HARVEY reissue series.. Next up is ‘Uh Huh Her’ as well as a separate demos LP or CD… UMC also have a comprehensive retrospective of YELLO’s ‘YELL40 YEARS’ as a limited 4CD, 2LP vinyl or 2CD... Other reissues from Uni for the 30th on vinyl by BOBBY WOMACK ‘Poet 1’ and ‘Poet 2’… METRONOMY have a 10th Anniversary reissued of ‘The English Riviera’ on Because Music, and lastly there is an ABBA ‘Gold’ vinyl reissue on gold vinyl.. 40EUR for this one.. 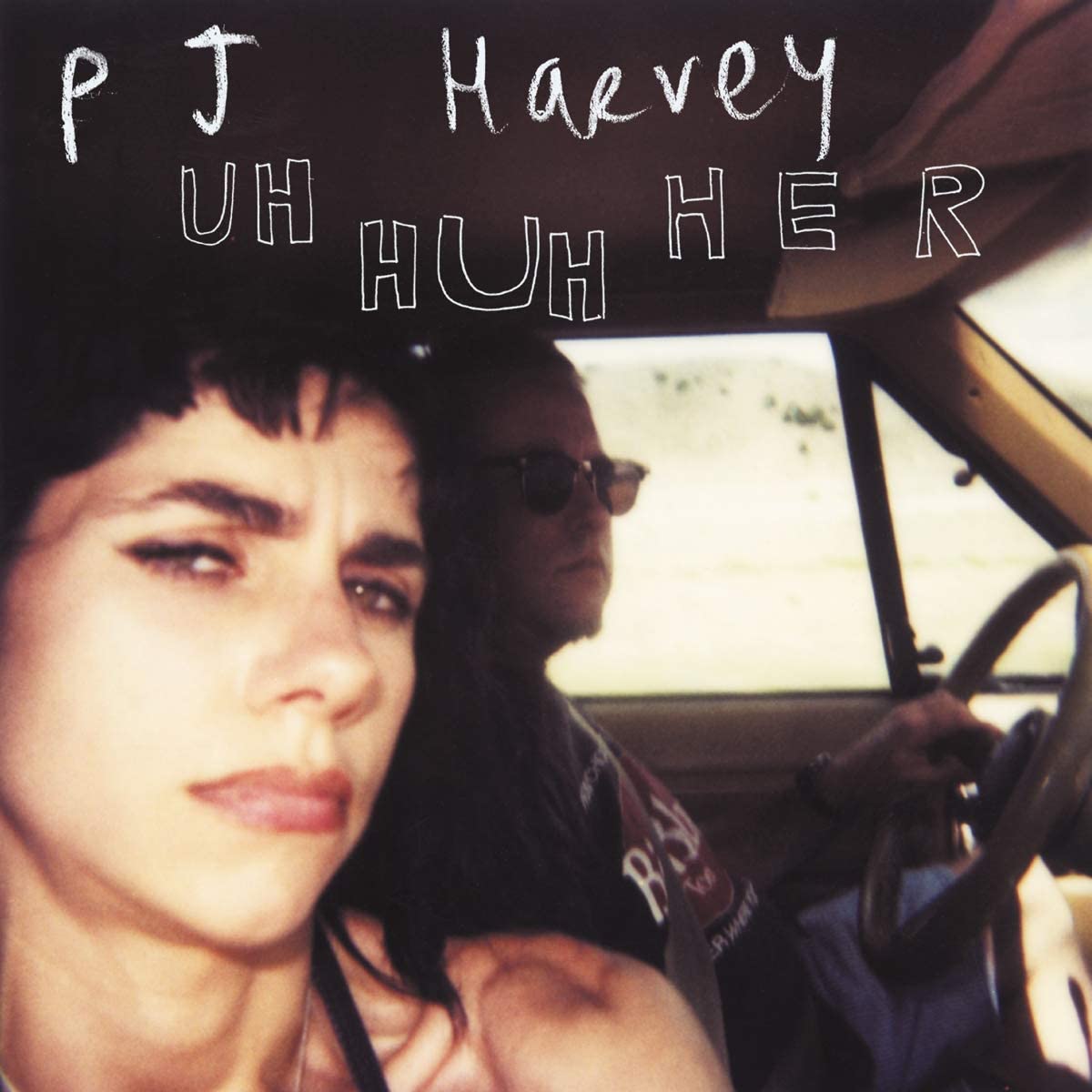 Warner for the 30th of April have the GARY MOORE unnreleased songs album ‘How Blue Can You Get’ on Provogue.. There is a new GOJIRA album on Roadrunner, brand new BIRDY album ‘Young Heart’ also.. Here is ‘Surrender’ from it, it is out on East/West Records..
https://www.youtube.com/watch?v=bwNzGT-UX7c 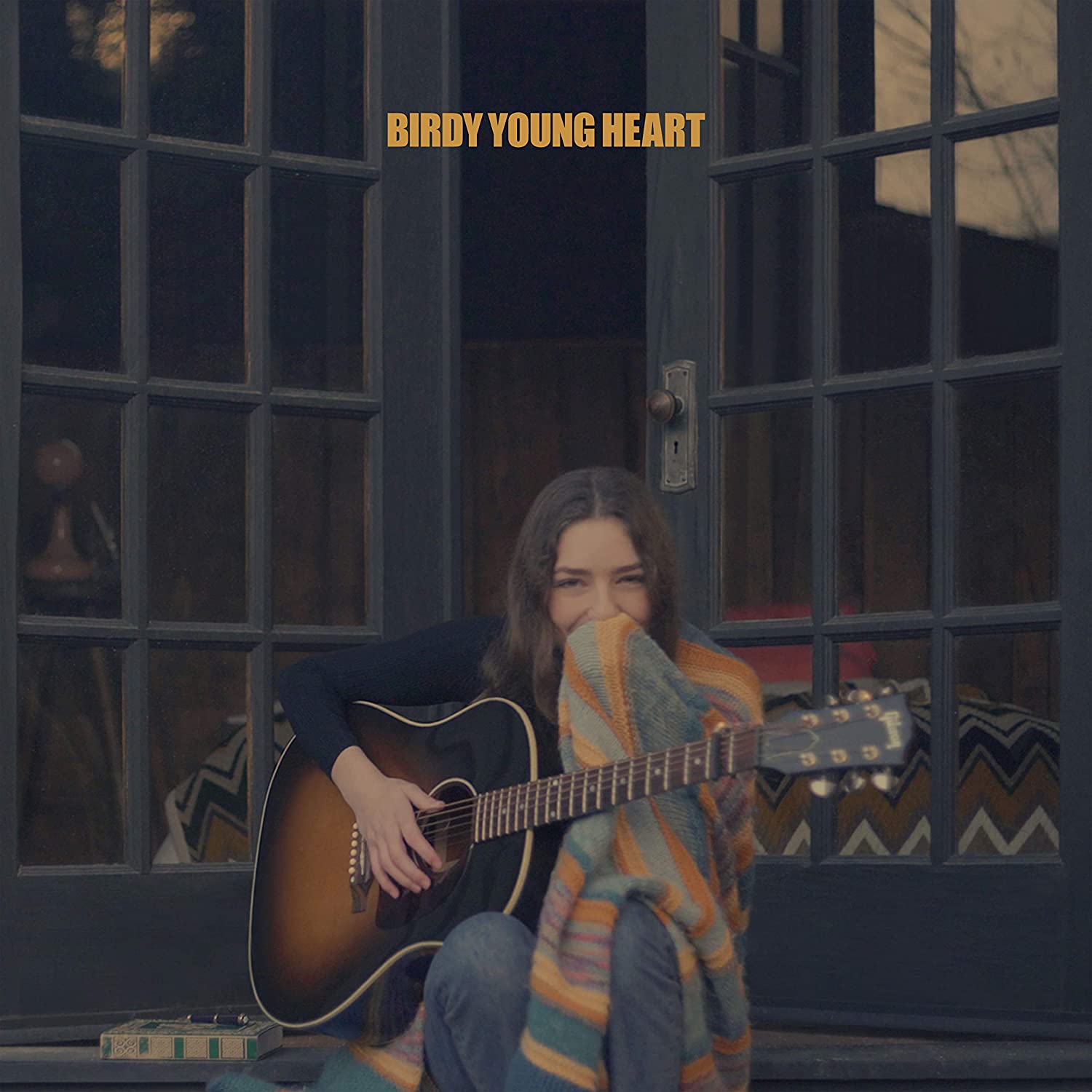 There is a new album out by MARIANNE FAITHFULL with bad seed WARREN ELLIS… ‘She Walks In Beauty’ is an album of famous poems sung by Faithfull with music by Ellis.. There is also a new JULIA STONE album on gold indies vinyl.. Warner also have a tribute album to PETER GREEN by MICK FLEETWOOD & FRIENDS, PINK FLOYD’s ‘Live at Knebworth’ CD or LP via PLG and also the new ROYAL BLOOD album ‘Typhoon’ out on CD, LP and Indies only blue LP.. Here is the title track from the record :
https://www.youtube.com/watch?v=nm_sYSzkydY

Warner also have a PET SHOP BOYS ‘Discovery’ 2CD/DVD and lastly are reissues by FALL OUT BOY of ‘Take This To Your Grave‘ and SERJ TANKIAN’s ‘Elasticity’.. I never knew MARIANNE FAITHFULL contracted Covid during the making of her record and she came close to death with it… She recovered and finished making the record…

Sony for the 30th have nothing major to repot..

Republic of Music (ROM) for the 30th have the new TEENAGE FANCLUB album ‘Endless Arcade’ on PEMA Records… 10th Studio Album and available on CD, Casette, LP and Indies Only LP (one run only).. Here is ‘The Sun Won’t Shine On Me’ from the new record :
https://www.youtube.com/watch?v=W68oV6487u0 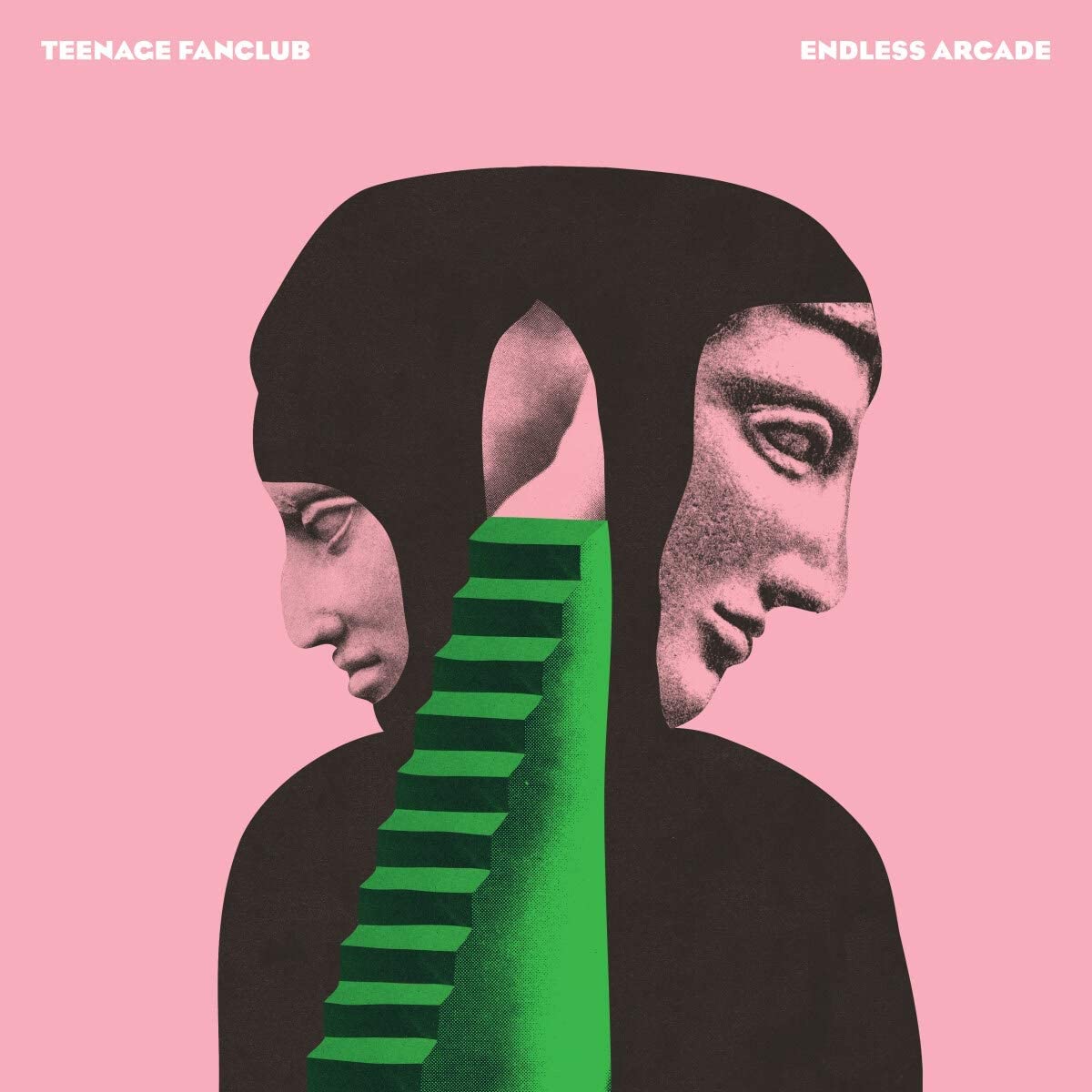 ROM also have a coloured vinyl reissue of A. SMYTH ‘Last Animals’ record.. Indies only yellow vinyl.. Here’s a tune from it ‘Hero’ from Other Voices Christmas 2019.. This record was released earlier this year but I missed it.. Delighted with the indies only repress on it now
https://www.youtube.com/watch?v=5uF1pVuaI3U

Lastly from ROM for the 30th Of April is the new album by THE CORAL on 2CD and Indies Only LP… ‘Coral Island’ it is called...

PIAS for the 30th of April have releases by DROPKICK MURPHYS, ADRIAN CROWLEY, WOLLNY / PARISIEN / LEFEDURF / LILLINGER and also a few coloured CAN reissues..

Right will hand you over to Bobby now for a few bits down the road..

Hey folks,
Few nice bits on the site for this week.
Starting off there is a lovely JONI MITCHELL box set coming in June, called ‘The Reprise Albums (1968-1971). It is released as a 4CD or 4LP Box Set, and is released to mark the 50th Anniversary of the classic album ‘Blue’, which has been out of print for the last 6-12 months on vinyl. It features remaster versions of ‘Blue’, and the three excellent previous albums ‘Song To A Seagull’, ‘Clouds’, and ‘Ladies of the Canyon’. 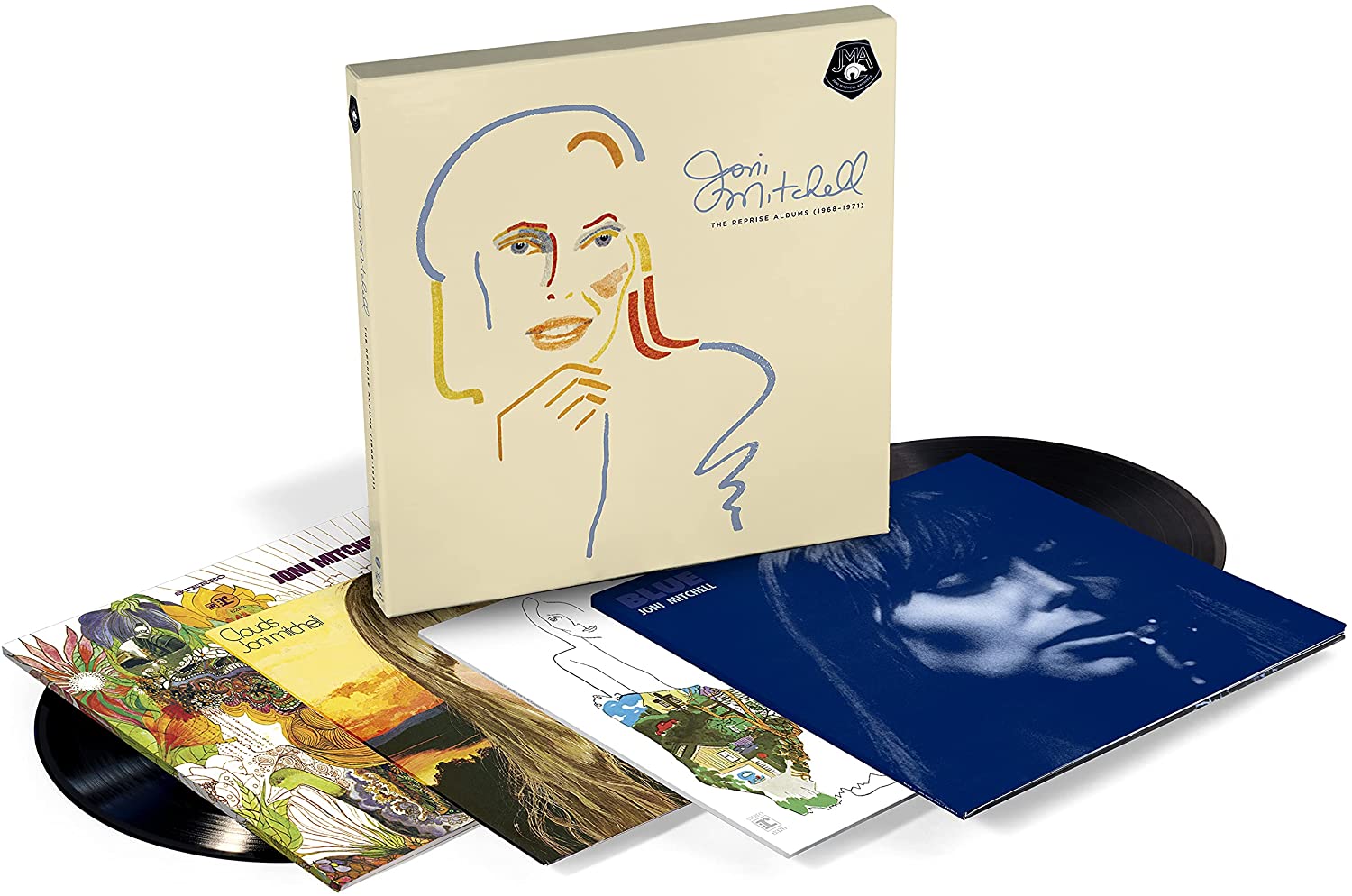 Also announced on the box set front is the next in the BLACK SABBATH ‘Super Deluxe’ Series, this time with 1975’s ‘Sabotage’. It is coming as a 4CD set, or a 4LP & 7” set. It has the original album remaster, a full live show from 1975, and a Japanese Radio Show single.

There is a new 12” Picture Disc Vinyl reissue of BOWIE’s ‘The Man Who Sold The World’ just announced for release on May 28th, looks class! 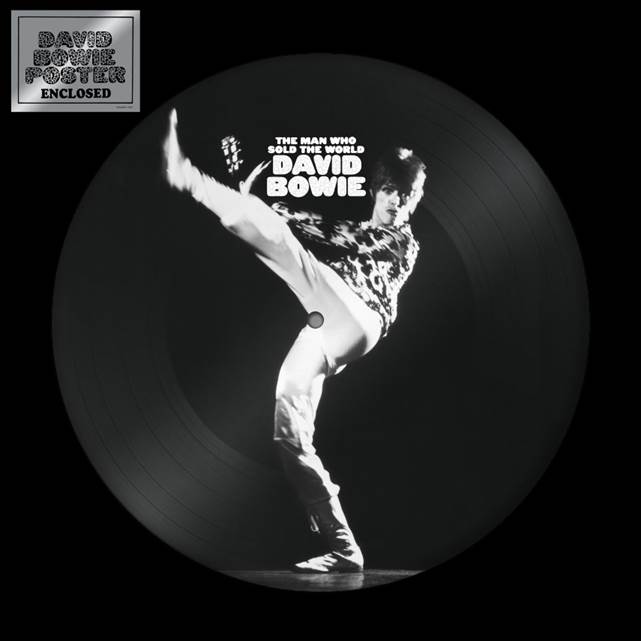 A few other nice bits announced over the last week include a 20th Anniversary Edition remaster of THE SHINS ‘Oh Inverted World’ through Subpop. The CD and Cassette are due in June, both standard vinyl and indie vinyl formats to follow in July. Again, we apologise but only allocated 2 copies of the Indies Only LP, so again fastest fingers first on this release. There is also a new album announced by THE WALLFLOWERS. Again allocated only 5 of the Indies Purple LP, so also a game of fastest fingers first. Lastly from mise, there is a new VIOLENT FEMMES compilation record announced ‘Add It Up (1981-1993), which is released on standard vinyl or indies only purple vinyl, and a new album announced by RAG N’ BONE MAN due in May.

Thanks everyone, back to the boss-man!

PIAS for the 7th of May have the much anticipated debut album by SQUID (big things afoot here i’d say).. It’s on Warp and it is called ‘Bright Green Field’, released on CD, 2LP, Indies Only Green 2LP and red cassette in a clear box… Here is ‘Narrator’ from the album..
https://www.youtube.com/watch?v=__zmVSREvxY

These lads have had plenty of songs on EPs etc before now but not one of these songs on the debut album.. All new… They keep it interesting.. Check out ‘Paddling’ the second single
https://www.youtube.com/watch?v=Xvisyj5CJg4 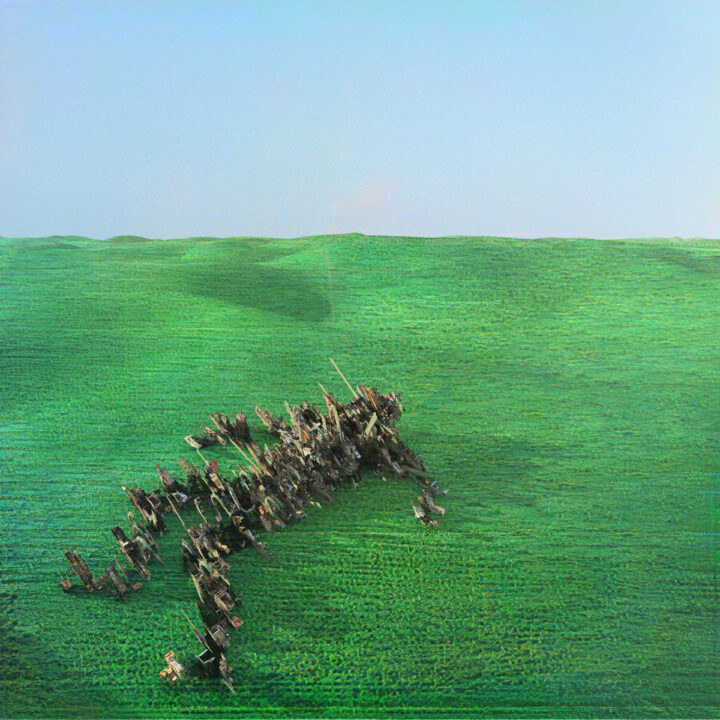 PIAS also have IRON & WINE’s lost debut album ‘Archive Series Vol. 5 : Tallahassee Recordings’.. CD or Indies Only Yellow Splatter Vinyl on this one.. The next in the PETER MURPHY reissue coloured vinyl series are out the 7th of May also..

Sin é for this week really folks.. Send in your RSD Wishlist if interested.. It helps me to attain what folks want. But alas no promises…