Hope all is well!

Few bits of housekeeping first…re RSD,  HALESTORM and PAUL BUTTERFIELD BLUES BAND, THE RAMONES “ the sire years” 7lp  releases are moved from the april 23rd date to the date in June. The Ramones one will be available in the states in the April rsd but not til the RSD in June for us.

We will have live music all afternoon on Record Store Day ( like the old days) . will have more information next week with times extra, but we are  gonna make it , the day, what it was set up to do, celebrate record shops, so Live Music, spot prizes, beer hard or soft…a celebration of record shops trading in their communities…..try pencil in an hour on the day if possible, regulars require sick notes if not in attendance.

We have a pair of tickets up for grabs for the KAE TEMPEST gig in CYPRESS AVENUE  on the 1st of May, purchase the album from us or simply email us back to express an interest in attending the show and we will stick your name in the hat…i think ye know which one we would prefer, Kae also, but either way is fine! 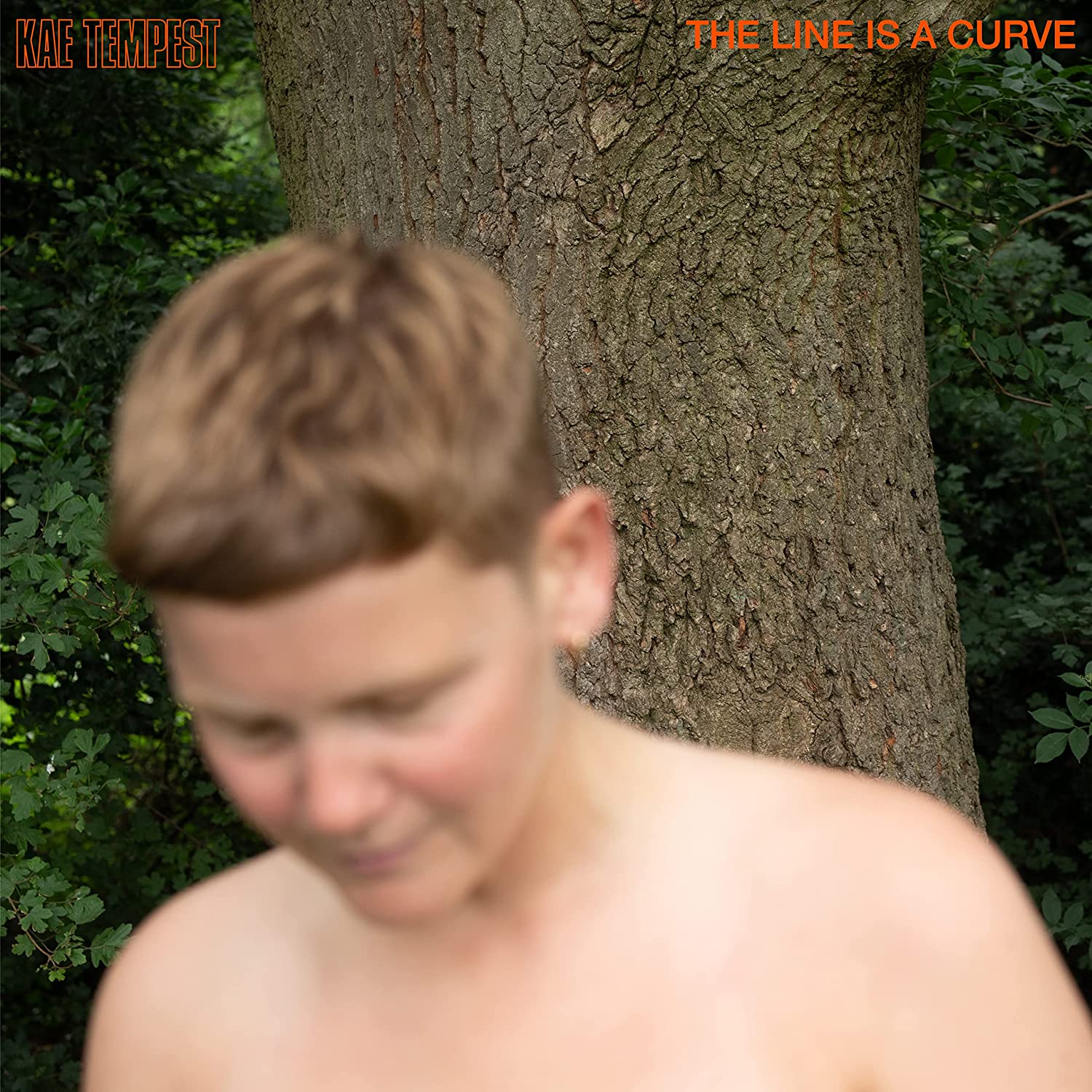 Right so, here are releases for the shop on friday 1st April…

As well as releases for the 8th of April…

Main week this week is the 15th April, first up we have Universal as they release THE POLICEs “ greatest hits” on double vinyl, its an Abbey road half speed master for improved sound quality, it has been 30 years since this compilation hit the record shop selves.

UMC also has The Velvet Underground: A Documentary Film By Todd Haynes – Music From The Motion Picture Soundtrack on double vinyl. 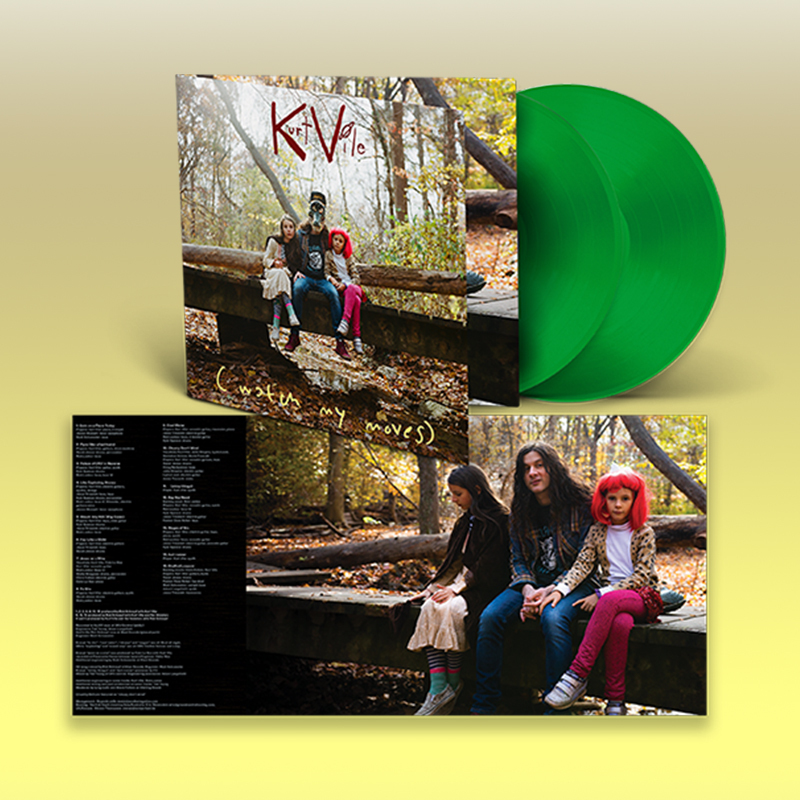 Fiction/Verve present KURT VILE’S new album “ watch my moves” , his major label debut and it is available on CD, std vinyl, and a limited indies only shop emerald green vinyl…here is “ like exploding stones” from the new record

The Orchard see the release of a reissue of The Weather Station’s 2014 EP ‘What Am I Going To Do With Everything I Know’, with limited stock for the 15th April….not much else for that date…Sony dont have anything of note really either for the 15th…its a week before the big one ( hopefully) the tide is going way out to sea and the place seems eerily quiet, Tom Waits on the stereo…

Warner for the 15th April have the MIKE CAMPBELL & THE DIRTY KNOBS vinyl release of the second album “ external combustion” on BMG…this was to be out this weekend but moved to the 15th now…good sounding record by TOM PETTYs long standing side kick.

PLG UK ( Parlophone) have the vinyl release of the posthumous GERRY RAFFERTY album “ rest in blue” . Gerry had a half finished album when he passed away in 2011 and his daughter got the record finished with the help of heavyweights ( the aforementioned) TOM PETTY and MARK KNOPFLER…the album has a number of new originals as well as some covers. CD came out last year…here is “ slow down” from the album

Few more Warner have for the 15th April include LEDISI SINGS NINA on BMG, MONKEES – MORE OF THE MONKEES, SUZI QUATRO 7CD/1DVD BOXSET – “ the rock box”, some INSPIRAL CARPETS LP reissues via BMG “ DEVIL HOPPING” and “revenge of the goldfish” and a GLOBAL UNDERGROUND CD.

Proper for the 15th of April have a reissue on vinyl of Etienne De Crecy “ super discount” and they also have a brand new album from REEF called “ shoot me your ace” on cd, indies only blue marbled vinyl

Sound Ray!
Hey everyone! Hope all is well with ye. Nice bit of sun this week, signs of summer which is nice.

4 things caught my eye this week that are worth a mention.
First up, the NEIL YOUNG release list keeps going (fair play to him)! He’s releasing 3 Official Live bootleg titles from the early 70s golden years. Live from the Dorothy Chandler Pavilion 1971, Live from Royce Hall 1971 and ‘Citizen Kane Jr. Blues (Live from New York City 1974). I think I’ve bought my Dad a new Neil Young CD for Christmas/Birthday etc every year since I’ve been in the shop! These are available on CD and Vinyl. The ‘Young Shakespeare’ live one from last year (I think) was great and was from around that time.

Secondly, one of my favourite bands SLIPKNOT are finally reissuing their debut album on April 22nd. It will be on limited yellow vinyl. A phenomenal album, it’s been out of print for years. Bits of drum n’ bass and rap mixed with metal. One for the maggots!

Third up, ANGEL OLSEN is releasing a brand new album called ‘Big Time‘ at the start of June. She’s always quality. Here’s the single/video for ‘All the Good Times‘ from it. We will have the limited pink vinyl here

Finally, a great, fairly new band from Australia AMYL AND THE SNIFFERS are reissuing their album from last year ‘Comfort to Me’ on limited clear ‘smoke’ vinyl. Class modern punk rock. The singer is full of beans. This reissue is an expanded version with a Live album included. Here’s ‘Maggot’ from the live disc.https://youtu.be/spul2mkobmo
Limited copies of that, like with Slipknot and Angel.

I think that’s all from me for this week, back to you Ray bud.

Right so Integral for the 15th of April has the new KING GIZZARD & THE LIZARD WIZARD album “ made in timeland” as well as the new JON SPENCER & THE HIT MAKERS album.

Integral for the 22nd of April ( the day before RSD) have one of the biggest of the year with the third album from our very own and one of our favourite bands FONTAINES D.C…” SKINTY FIA” sees the light of day on the 22nd and is hugely anticipated here…available on

I sent a begging email on the yellows folks but I’m afraid they are goners…sold out…sorry….lucky ducks, early birds who got em!!

Still stock of the deluxe lps and red ones and always the std when they are gone…we will have 20 signed prints to draw out of a hat for those who preorder any format from us and we hope to have even more exciting news re the FONTAINES album to share with ye next weds …top stuff all round!

Here is “ i love you” from the new record…real Peter Hook vibe going here..class

OLD CROW MEDICINE SHOW have a new album “ paint this town” on ATO records on CD and LP. 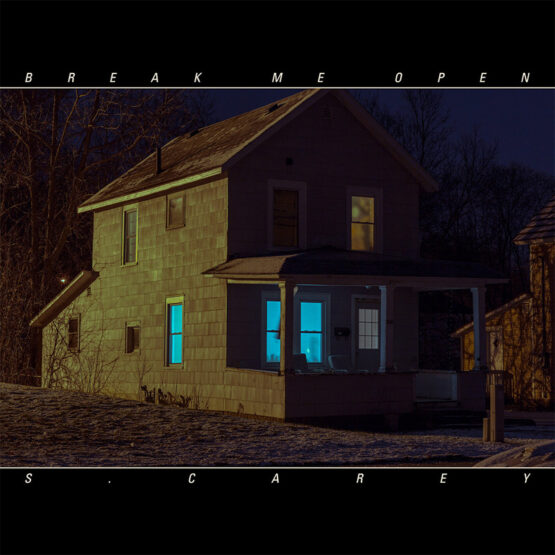 S.CAREY releases a deeply personal album on Jagjaguwar “ break me open “ on cd, lp and indies only LP.

Heres what he says about the record:

These past couple years have been the

hardest of my life: full of grief, loss, and change. I feel like I had

two choices. I could run from life, turn away, grow cold, resort to

“Or, I could give myself a deep look within. I could dig deep

where the pain lives, where fear is festering, to try shed a new

skin and come back a better person. Everyone is so far from

perfect. This is not a ‘divorce’ album. And while going through

that has shook me to my core, leaving me at times, wondering

who I am, and where to go, this record is bigger.

“It’s about love – past, present, and future. It’s about fatherhood

– the overwhelming feeling of deep love for my kids and the

melancholy of watching them grow up right before my eyes. It’s

about accepting my faults and wrongdoings, exposing myself,

and trying to know myself better than I did the day before. But

above the darkness, it’s a message of hope, honesty, and

growth. It’s a call to be vulnerable: Break Me Open.”