I’m a little behind the 8 ball this morning due to a real messy day yesterday, through no fault of our own really, a story for another day though…so going jump straight in with releases for this Friday the 6th May… 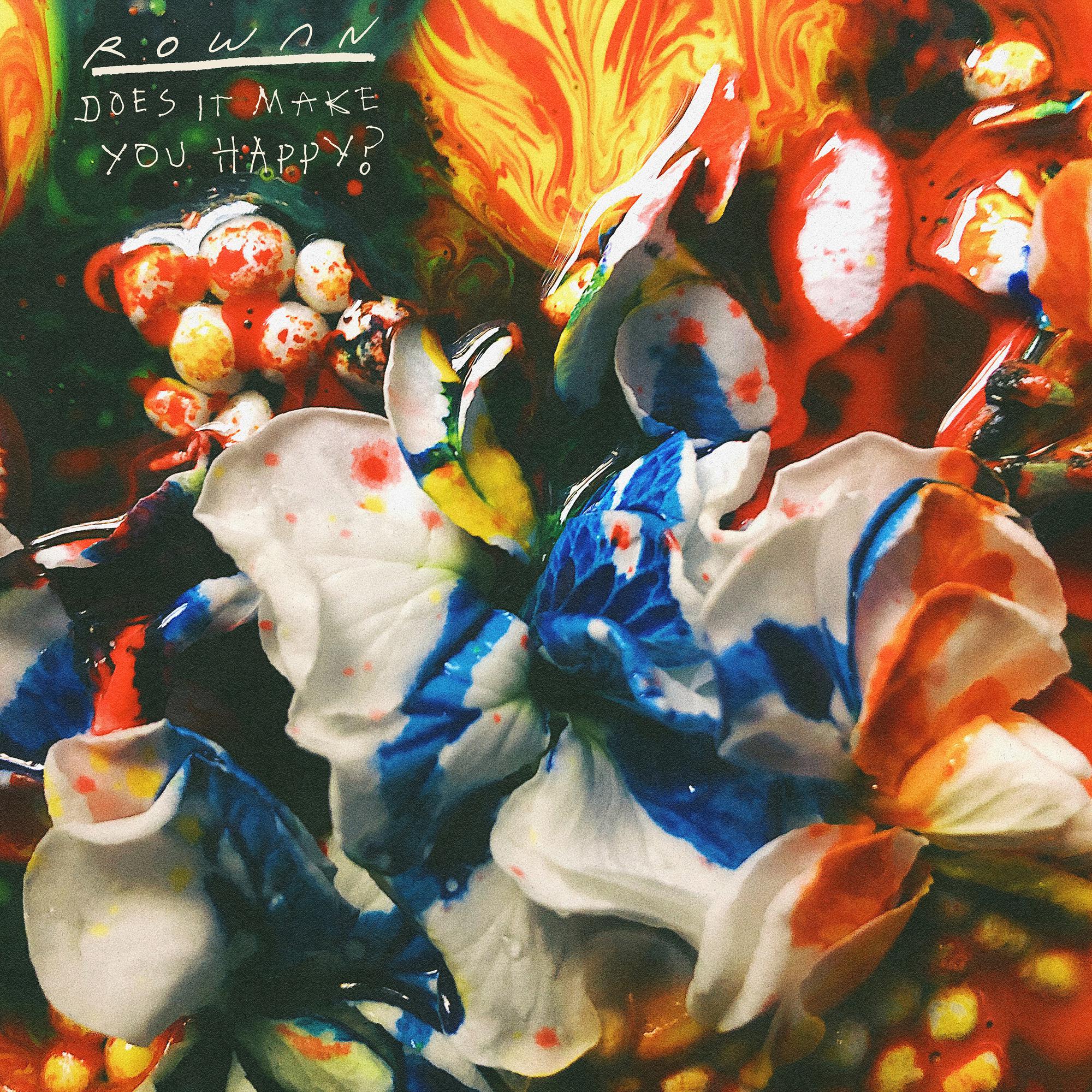 And then releases for the 13th May are..

So the main week of focus on releases this week then is the 20th of May…first though good news, the Fontaines DC signed stuff landed so we will have the draw Friday all going well…will keep ye posted…another cracking Irish band who have an album out towards the end of the month are JUST MUSTARD and they have also sent us some lovely signed prints as well…preorder the album with us ( CD or LP) to be in with a very good chance of securing a JUST MUSTARD signed print…more on them over the next week or two. 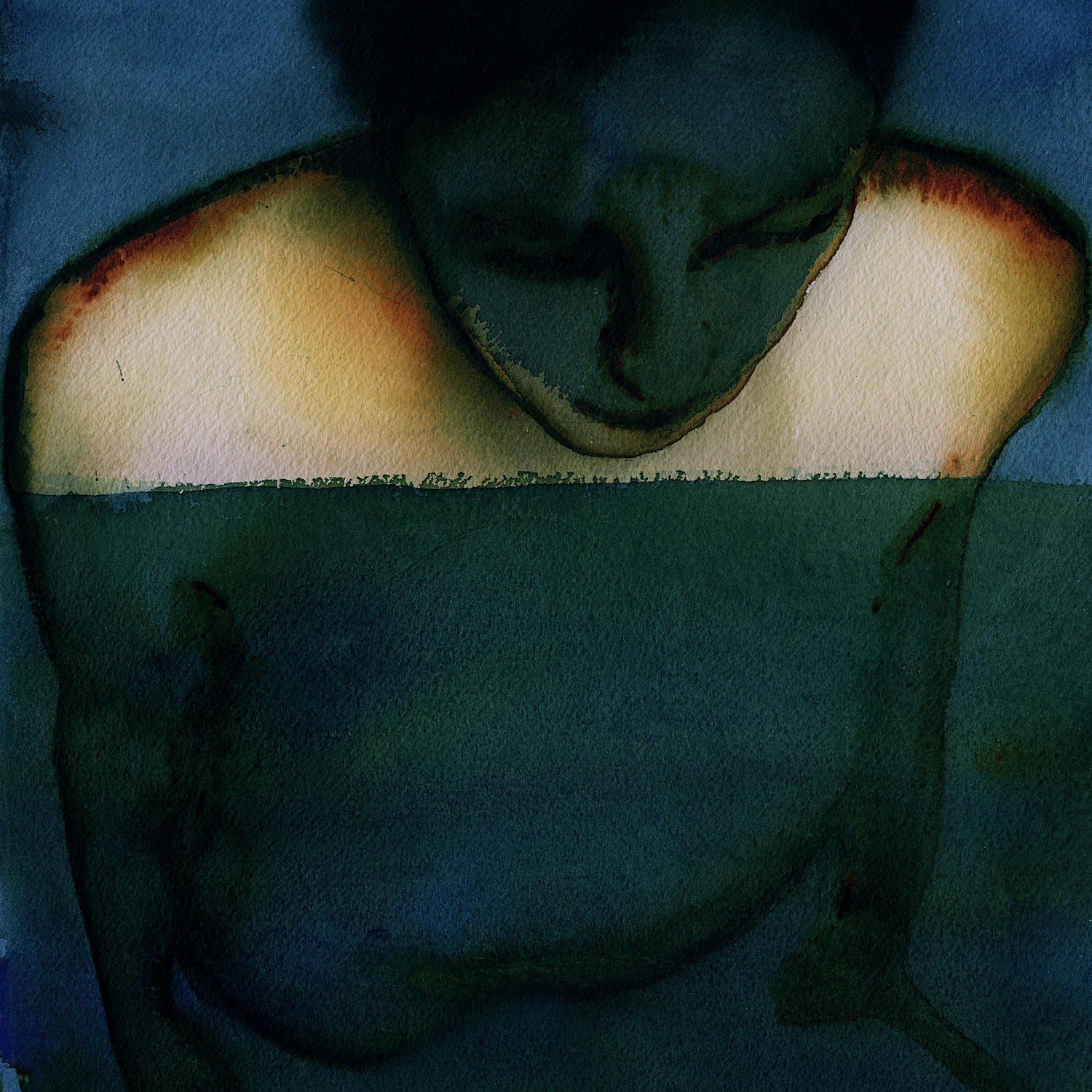 Right so, the 20th May…Warner have some nice deluxe Jazz reissues on Rhino Atlantic including ART BLAKEYs JAZZ MESSENGERS with THELONIUS MONK as 2CD or 2LP versions, its the 60th anniversary of COLTRANEs “ my favourite things” and it is released as a 2LP or 2CD …both of these feature a remastered stereo mix and a new mono mix that was assumed lost but only recently turned up…here is part 1 of the title track

Big jazz flavour with Warner this week, i think it is Jazz appreciation month with Warner so will be more titles throughout the month.

World Circuit have a remastered reissue of TONY ALLENs “ secret agent” on 2LP.

Atlantic have a new WEEZER EP “ spring” from their SZNZ project with an EP for every season…CD only with this one for now. 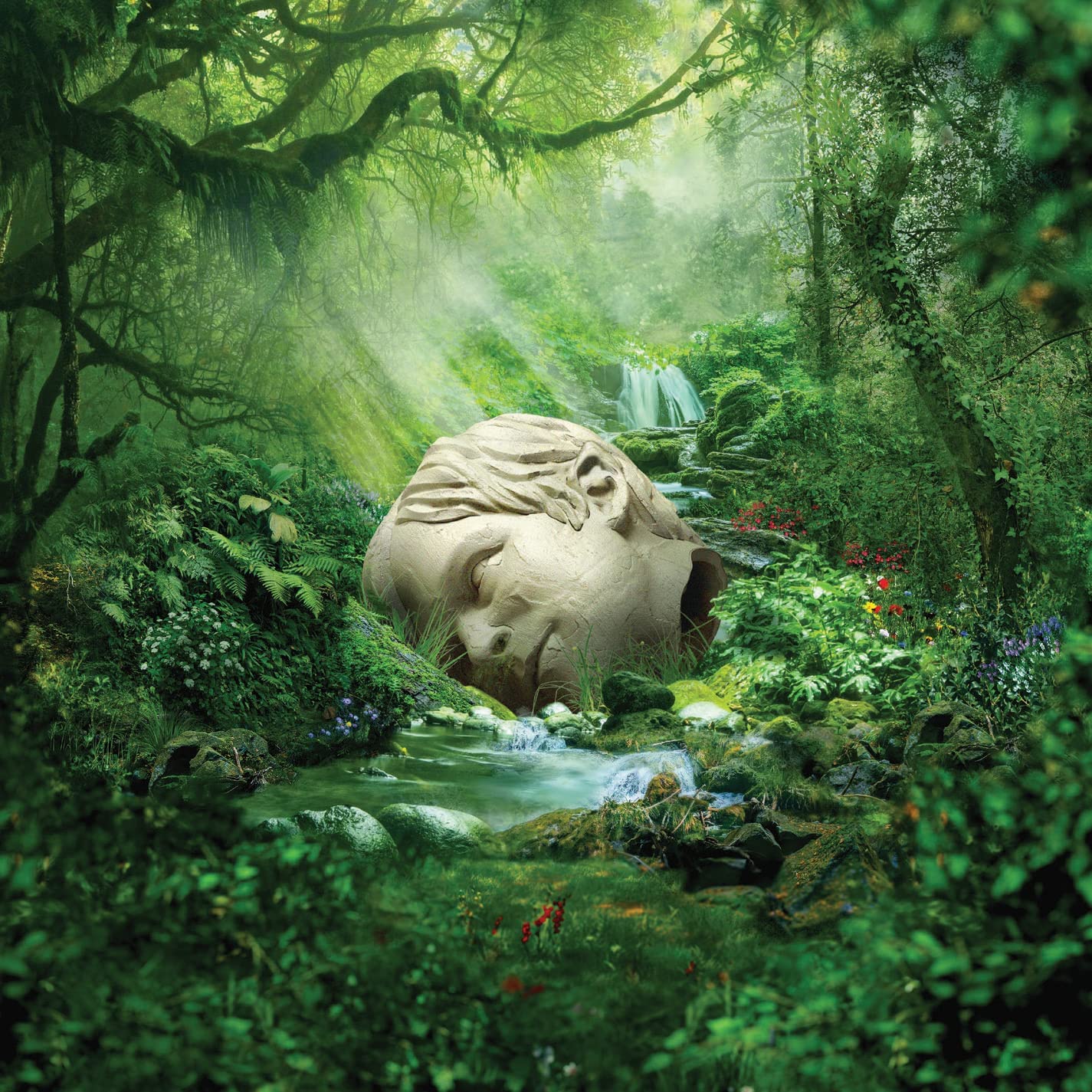 Universal for the 20th May have the new VAN MORRISON album on Exile records, available on 3 physical formats, CD, STD LP and INDIES dove grey LP…here is “ pretending” from the new album

Mercury studios also for the 20th has THE POLICE “ around the world restored and expanded” on dvd/cd, bluray/cd and limited 2lp set. Its a document of their first world tour from 1979/1980 both on and off the stage, so a documentary as well as  live shows. 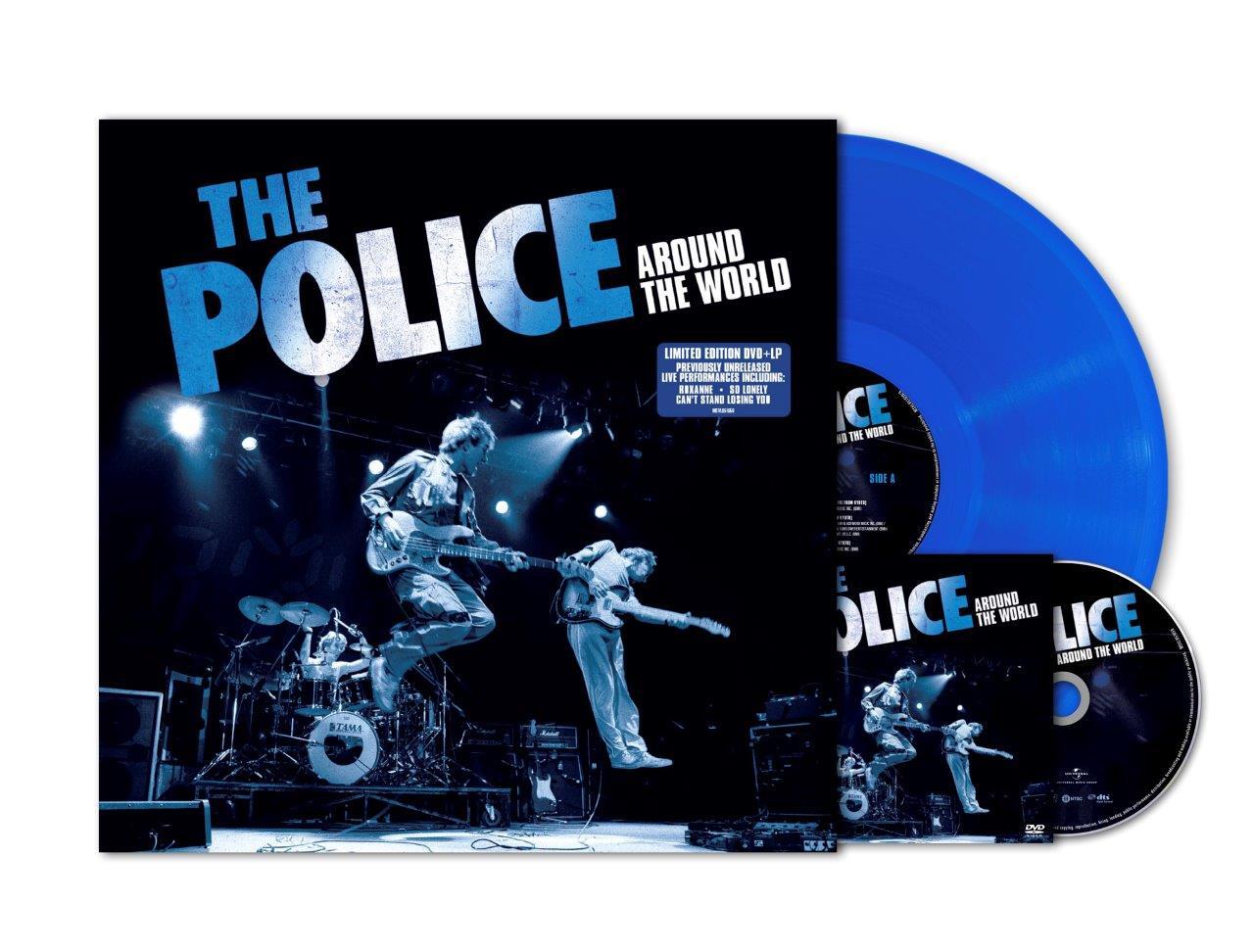 Uni for the 20th also has new albums from ANDREW BIRD on Concord, MELODY GARDOT & PHILLIPE POWELL on Decca, debut album by M HUNCHO on Island, MOBY “reprise remixes” 2lp or cd on Deutsche Grammophon, Bluenote have the 4 lp super deluxe boxset of NORAH JONES “ come away with me” , there is the vinyl release of JOHN MELLENCAMPs latest album “ strictly a one eyed jack” and lastly on the new bluenote classic vinyl series are reissues by BROTHER JACK MCDUFF and RONNIE FOSTER…Oh also a deluxe JACK SAVORETTI “ europiana encore” 2 cd.

Sony for the 20th of May have a couple of nice releases, first up is the new HARRY STYLES album “ harry’s house” and it will be on CD, BLK VINYL and indie shop only yellow vinyl.

Sony also for the 20th have a deluxe reissue of THE CLASH album “ combat rock” ( peoples hall special edition) and will be available as a 2 cd or 3 lp version…to coincide with the album release there is a 7” single of THE CLASH and RANKING ROGER “ rock the casbah” .

The Orchard for the 20th of May have THE LEMONHEADS reissue of self titled album on two very limited ( im told anyway) coloured vinyl, there are 3 THERAPY! CD reissues “ disquiet – restless edition” , “ a brief crack of light” and “ we are here till the end”…lastly there is a STEVE VAI reissue of “ flex -able” on a few physical formats.

Right folks we have some cracking live music coming up this Saturday in store when ROWAN launch their equally cracking debut record “ does it make you happy” via LA label Beverly Martel…two physical formats available, lp and cd…get your copy signed by the band on the day…they are performing songs from the record @ 2pm this Sat the 7th May in the siopa. Really exciting week for the Cork band as they launch the debut…exciting times, we hope it all goes great for them, we and the lads would love yer support for this launch Sat @ 2pm if you are around. If you cant make it and want a copy signed , just email us and we will sort or ideally buy if from the site before saturday and we will get it signed for you…hopefully see ye on Saturday! Here is another belter from the album “ one of these days”

Proper for the 20th of May have the new JOHN MAYALL record on cd and lp, savage guests with him on this one including Mike Campbell, Marcus KING and BUDDY MILLER…and seeing as we are name dropping, recorded in Robbie Kriegers studio.

Black Crowes release first new music since 2010 with the cd version of 1972 where they cover 6 tracks from that year…lp later this year.

Lastly on ANTI via PROPER is the MAVIS STAPLES/LEVON HELM live album “ carry me home” from 2011…indies exclusive vinyl with that one.

Right so going to hand you to Shane now as he runs through down the line releases..

Cheers Ray!
Hello everyone! Hope ye’re all doing well. Summer is upon us, enjoy it! Some of ye will be going to a few gigs over the coming months, I guess, happy days!

First one up today coming down the line is a nice one. Mr. BOWIE’s classic ‘Ziggy Stardust‘ is 50 and they’re bring out a picture disc version and a new half-speed mastered version. What an album, one of his best. That’s coming in mid June.


Next up is a recent release, KANYE WEST‘s latest album ‘Donda’ is getting a vinyl release. 4 LP set. Whatever you say about Kanye, he’s not boring. This album is pretty different  from his earlier stuff but still high quality. That’s out the week after Bowie’s Ziggy in June.

On September 3rd, MARINA AND THE DIAMONDS will release their new album ‘Electra Heart’. We will have it on ‘limited magenta vinyl’!


Also coming in the next few months of interest: friend of the shop GAVIN JAMES’ new album, a new Nick Cave and Warren Ellis record and a YO LA TENGO 25th Anniversary Reissue.

Oh and two more oldies but goodies, The BEACH BOYS compilation album ‘Sounds of Summer’ is coming also in June (on a few formats including box set) and ELTON JOHN’s ‘Madman Across the Water’ is getting a 50th anniversary reissue too on a few formats, with extras and new liner notes.

That’s all from me so I think, back to you Ray, sound!

Thanks a mil Shane.

Right Integral for the 20th May has the new ones from SOAK, PORRIDGE RADIO and BEACH HOUSE.

INTEGRAL for the 27th of May and Partisan have the JUST MUSTARD album…‘Heart Under’, “Just Mustard’s second album and first for Partisan Records

(IDLES, Fontaines D.C., Laura Marling), is an album that asks you to forget

what you know. At every turn, this remarkable record reconfigures and

and personal struggles into a breath-taking artistic statement.  Across its 10 tracks, the album presents a coherent style and ethos – those

untethered vision. There are brooding, atmospheric rock songs (‘Still’, ‘In

Shade’) and others that apply a lighter, dreamier touch (‘Sore’, ‘Mirrors’), all

tied together with impeccable instrumentation and a united vision.  On debut ‘Wednesday’, the band played with dreamier soundscapes and

production techniques, and ‘Heart Under’ serves as the next stage of this

development, with every instrument brilliantly pushed to its limit and every

boundary of the band stretched.  After the band had finished recording and producing the album, ‘Heart Under’

Let’s Eat Grandma, Jamie xx, FKA twigs and beyond. “We wanted someone

just beginning to realise the full extent of their powers.” – NME

Quiet (9/10)  Supporting Fontaines D.C. on their European and US tours this year. They

Underground, and EU headline tour in October.  Choice Music Prize nomination for Irish Album Of The Year for their debut

photo insert.  Available to independent retailers pressed on transparent blue vinyl in a

Here is “ still” for the new album…

Sin e really for this week folks
Thanks as always for listening,
Ray, Shane and Adam.