Hi folks,
Hope everyone is keeping safe and well.
Bob here as boss-man is off on his well earned week off!
Might be a quick one this week as lots to get through. The machine keeps rolling!

We’ll kick off with new releases for this week, October 29th. There are new albums out from THE WAR ON DRUGS, ED SHEERAN, MASTODON, JOE BONAMASSA, RICHARD ASHCROFT, TORI AMOS, NAT KING COLE, BILLY BRAGG MARISSA NADLER, NIGHTMARES ON WAX, HANS ZIMMER, and a new SOUL JAZZ compilation. There are reissues for this Friday by PINK FLOYD, WHITESNAKE, R.E.M, WHITE STRIPES, WHITNEY, BILLY PRESTON, DAVE GAHAN, KHRUANGBIN, ALABAMA SHAKES and WORLD PARTY  and lastly a couple of compilation releases from ELP and MOTORHEAD, and a new 7” from THE DELINES. 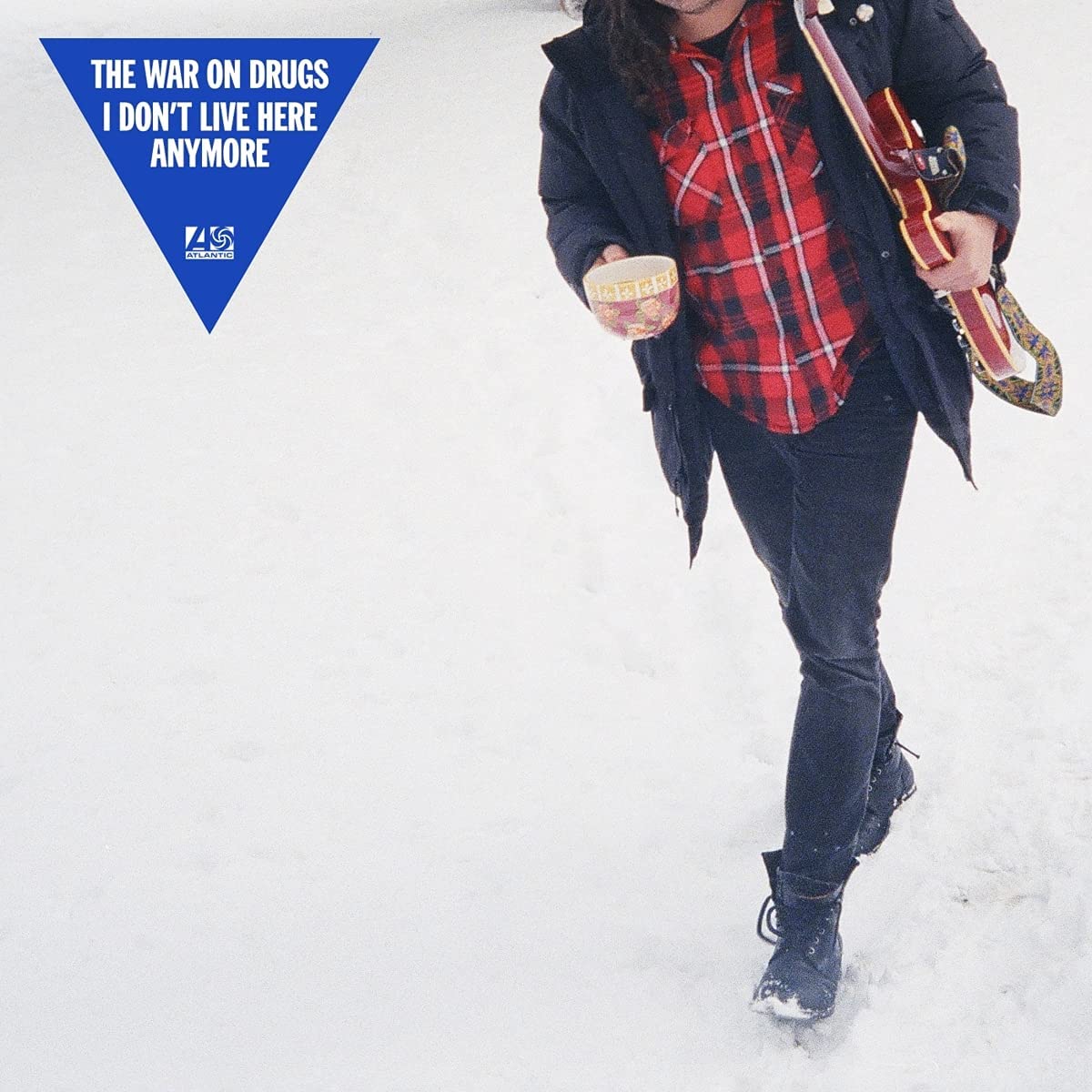 Onto releases for next Friday, November 5th. There are new releases from ABBA, NATHANIEL RATELIFF & THE NIGHT SWEATS, JOAN AS POLICE WOMAN / TONY ALLEN / DAVE OKUMU, ROSS FROM FRIENDS, SNAIL MAIL, BULLET FOR MY VALENTINE, PARCELS, DIANA ROSS, a ART BLAKEY & THE JAZZ MESSENGERS lost recordings album from 1961, a BILLY JOEL Vinyl Box Set, a GREGORY PORTER ‘Greatest Hits’ vinyl, and THE CHARLATANS ‘Head Full Of Dreams’ best of compilations. There are reissues from RADIOHEAD, THE BLACK KEYS (4CD pushed back to December now), STEVE EARLE, A CERTAIN RATIO, FELA KUTI, a couple of JOSÉ GONZÁLEZ reissues of ‘Venner’, ‘Vestiges & Claws’ and ‘In Our Nature Dirty, all on ‘Dirty Pink Vinyl’. On the CD front there is a JETHRO TULL 4CD/2DVD deluxe release of ‘Benefit’, 3CD Deluxe reissues from PRETENDERS, and a new release from AIMEE MANN on CD only for now. Vinyl now released November 19th. A few of these never made the site because of holidays, so if interested or need more info pop us an email and we’ll get back to you!

The CD release of the SALVATION ‘Inspired by The Cranberries’ charity release for Pieta House is also due on November 5th, but the vinyl now has been pushed back a week or two, hoping to have in with us by Nov 19th. A great compilation for a great cause. Right so releases for November 12th. Universal also for the 12th have the release of the 30th Anniversary Edition of NIRVANA’s ‘Nevermind‘. What an album. The soundtrack of my childhood really. The first two albums I ever owned were ‘Appetite’ from GN’R and Nirvana’s debut ‘Bleach’, but it wasn’t until someone gave me ‘Nevermind’ a short while later that I became truly obsessed with music. I think that album had the same impact on many many people around the globe. It’s an album I hadn’t pulled out in quite a while and went back to when the anniversary fell a month or so ago. The production on it just blew me away again. Butch Vig made the record sound absolutely huge. And the tracks, just belter after belter. Great great pop songs, written exceptionally, disguised with heavy guitars and Kurt’s voice. An iconic record.

There are a few nice formats out for this one. We will have a Deluxe 2CD (comes with a bonus live CD featuring highlights from 4 shows from the Nevermind-era. No Sir Henrys though, a shame!!). There is a Vinyl repress on gatefold with a bonus 7”, and also there is a Super Deluxe 5CD/BluRay set which comes the album remastered, 4 full concerts, the BluRay of one of the shows from Amsterdam, and a 40 page hardcover book. There will also be an 8LP Super Deluxe Vinyl with the extra live material, but this is looking like May 2022 for release now. 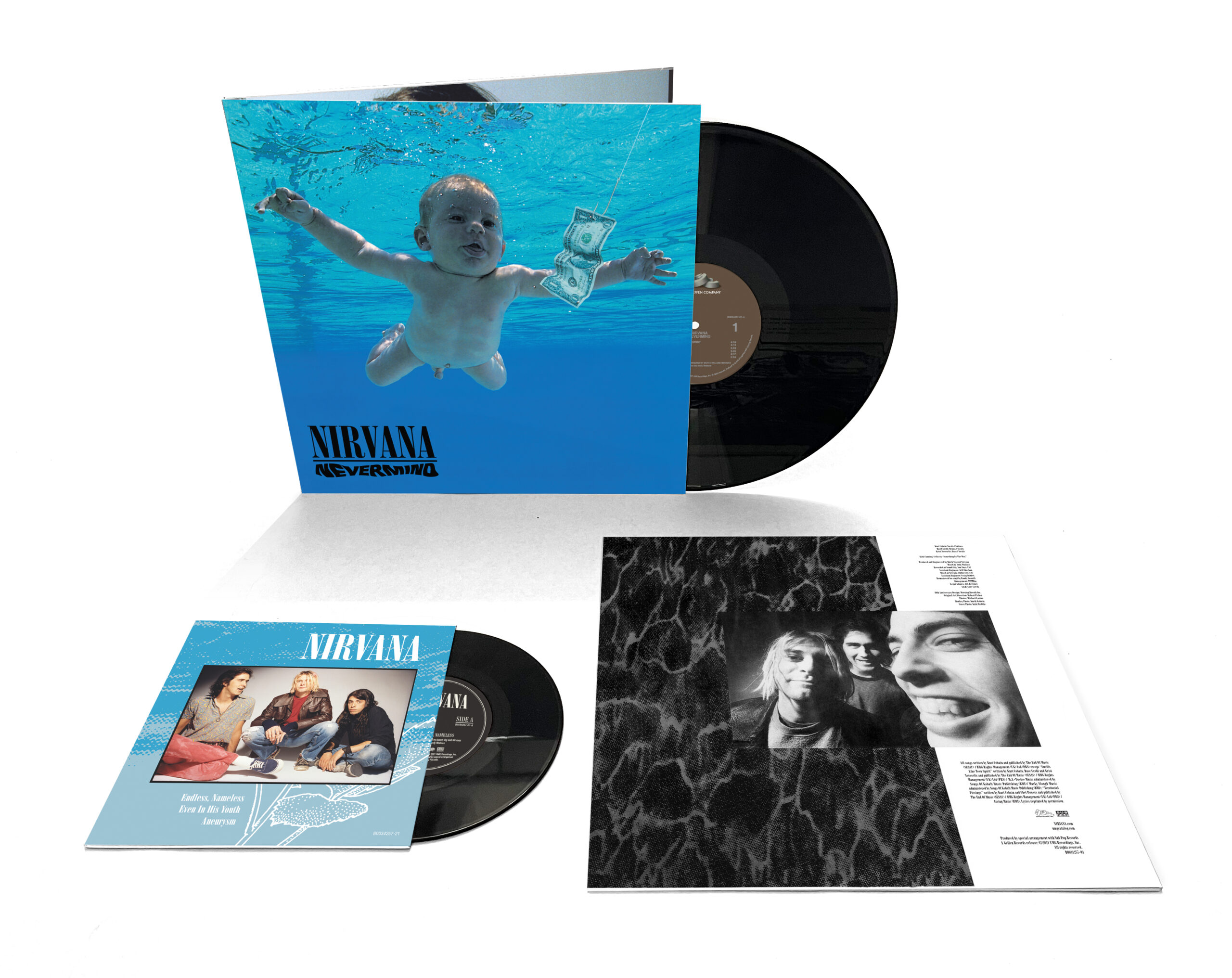 With some of the Uni releases for the 12th, we didn’t have prices in time for getting this sent out, so a lot of links might be missing. Again if there is anything you are interested in pop us a mail and we can put it in the leabhair, or if looking for price or info let us know and we can chase up! Everything should be on the site by next week from Uni.

There is a really nice compilation release from THE CHIEFTAINS due out via Universal. What a legendary group. This one, entitled ‘Chronicles : 60 Years Of The Chieftains’ is out on 2CD, 2CD/DVD, 2LP Vinyl or as a limited Irish Exclusive Coloured 3LP Vinyl. 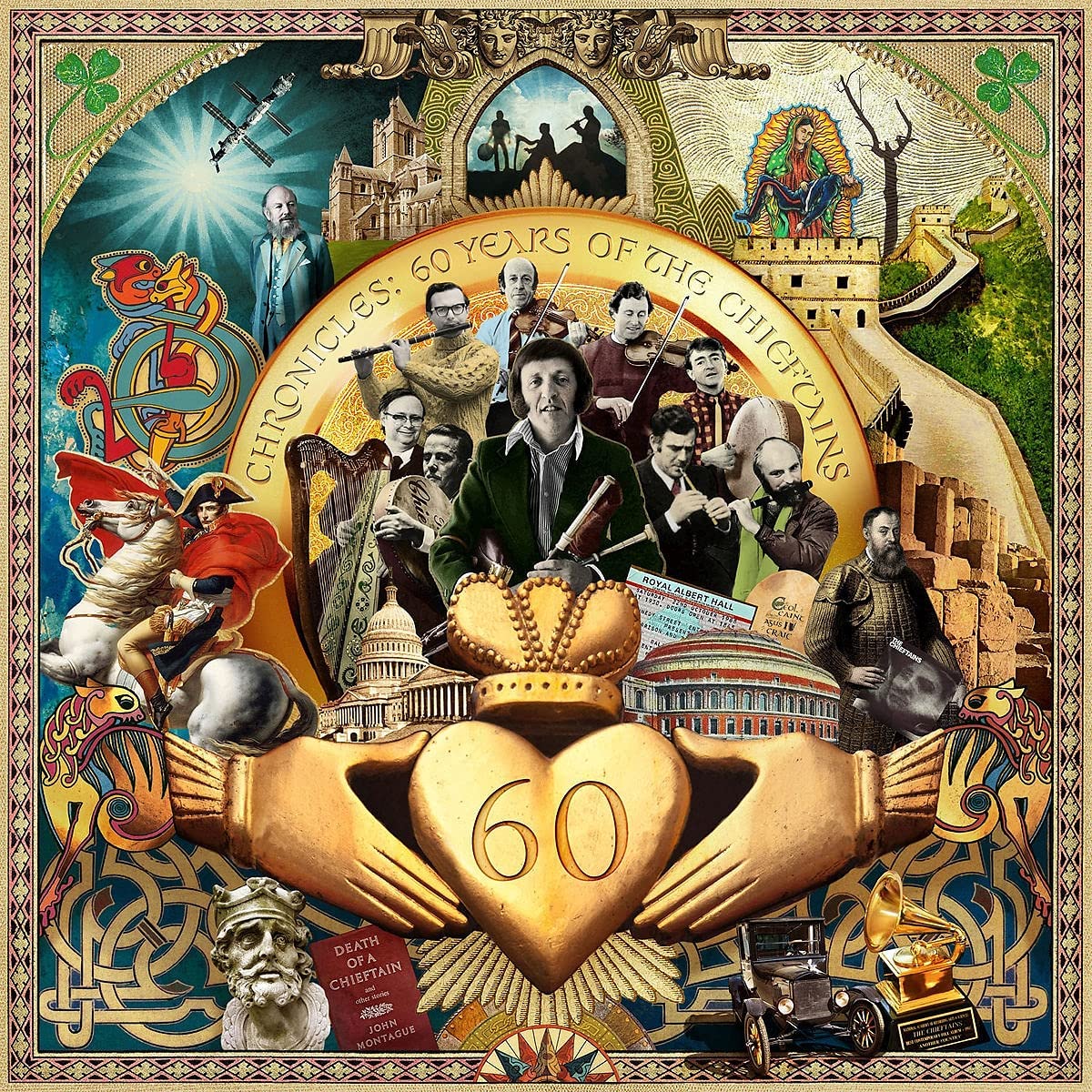 Uni for the 12th have the TAYLOR SWIFT release of ‘Red (Taylor’s Version) as the next in the series of deluxe reissues, coming as a 2CD or 4LP. There is a nice reissue of YUSUF / CAT STEVEN’s classic ‘Teaser & The Firecat’ coming on CD, Deluxe 2CD, Vinyl, Limited 4CD/BluRay set, and as a Limited Super Deluxe 2LP / 7” / 4CD / Blu Ray Set. The vinyl release of JARVIS COCKER’s new French-pop tribute ‘CHANSONS d’ENNUI TIP-TOP’ album is out on the 12th, as is a brand new album by GOV’T MULE. Lastly from Uni for the 12th is a brand new album by ERIC CLAPTON ‘The Lady In The Balcony : The Lockdown Sessions’ on a host of formats including CD, CD/DVD, CD/BluRay, DVD, BluRay, 4K UHD/BluRay, Deluxe Box DVD/CD/BluRay, Vinyl, and a limited Yellow Vinyl.

Warner for November 12th have a deluxe reissue of KYLIE’s ‘Disco’ record from last year, entitled ‘Disco : Guest List Edition’. It is released on 2CD, 3LP or as a Deluxe 3CD/DVD/BluRay set, all featuring plenty of unreleased bonus material and remixes. There is a new ROD STEWART album out, ‘Tears Of Hercules’, featuring all new material. PARAMORE’s reissue of ‘All We Know Is Falling’ on Silver Vinyl coming via Fuelled By Ramen has now been pushed back but is due to land also on November 12th. Nuclear Blast via Warner have a reissue of HAMMERFALL’s ‘Renegade 2.0’ for the 20th Anniversary on 2CD/DVD or LP, and also SUFFOCATION’s ‘Live in America’ on CD or LP.

Warner also have the release of the JONI MITCHELL’s 3LP ‘Live At Carnegie Hall 1969’, and the 5CD ‘ Archives Vol. 2 : The Reprise Years 1968-1971’. What an incredible period of music from Joni. These were due out late October but now coming out on November 12th. 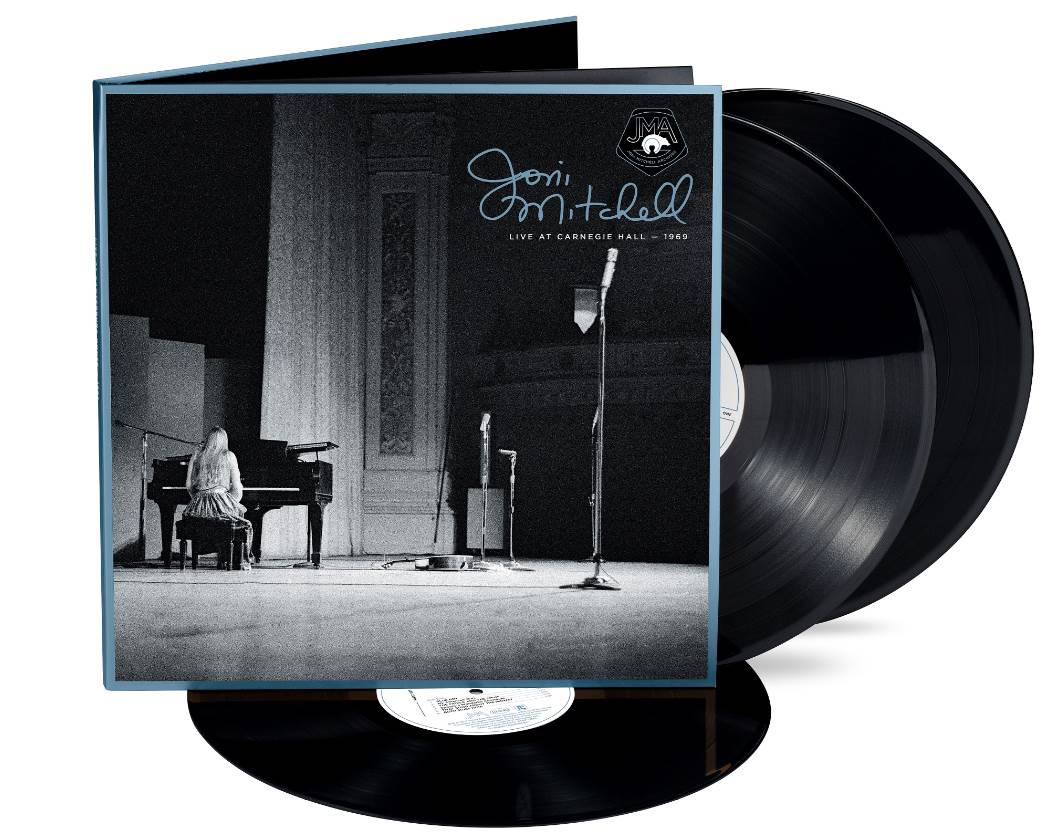 Integral have a few nice ones for November 12th also. DAMON ALBARN releases his second solo album ‘The Nearer The Fountain, More Pure The Stream Flows’. There are a few different formats on this one, with it coming on CD, Cassette, Standard Vinyl, Indies Exclusive White Vinyl, or as a nice deluxe edition casebound book with white vinyl and a bonus 7” single.

PIAS also have the new album by IDLES, ‘Crawler‘. Looking forward to giving this one a spin. Really enjoyed the last couple of releases in the siopa. Another band with a new album only 12 months or so on from their last. Check out the second part to the new single ‘The Beachland Ballroom’ below.
https://www.youtube.com/watch?v=1VcAs2UuotI

Finally PIAS for the 12th of November have a new JON HOPKINS release via Domino, called ‘Music For Psychedelic Therapy’. This one is out on CD or Indies Clear Vinyl

Proper for November 12th have one again i’m very excited for, which is the release of the new COURTNEY BARNETT record ‘Things Take Time, Take Time’. It is out on CD, Standard Vinyl, or Indies Only Blue Vinyl. Definitely a new feel to this record from what I’ve heard so far, more acoustic based, but sounding great! Here is ‘Before You Gotta Go’ from the record
https://www.youtube.com/watch?v=q5RoMslC9YI 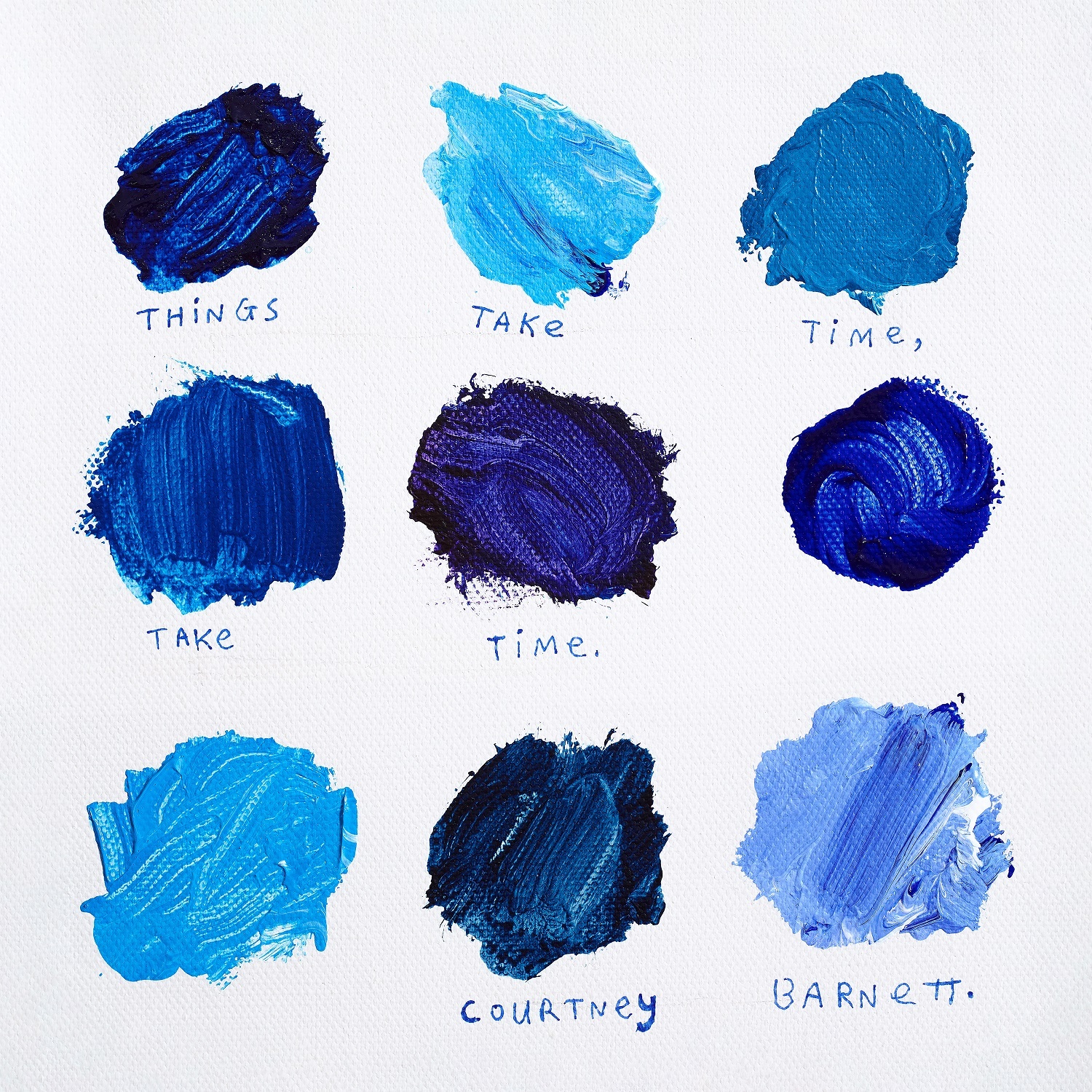 Proper for the 12th also have a new release from LAURA STEVENSON, a reissue of PORCUPINE TREE’s ‘Deadwing’ as a 2LP, and a few MAC MILLER albums on Cassette.

Not much time for down the line announcements this week folks, but it is starting to get a bit quieter as we approach the year’s end. A few crackers for 2022 being announced already though!
This week we have the announcement of the highly anticipated 5th studio record from MIDLAKE, entitled ‘For The Sake Of Bethel Woods’, coming on CD, Vinyl or a limited White Vinyl. This one is due in March 2022, and you can check out the first single ‘Meanwhile…’ below :
https://www.youtube.com/watch?v=GgzNzWHkVxg 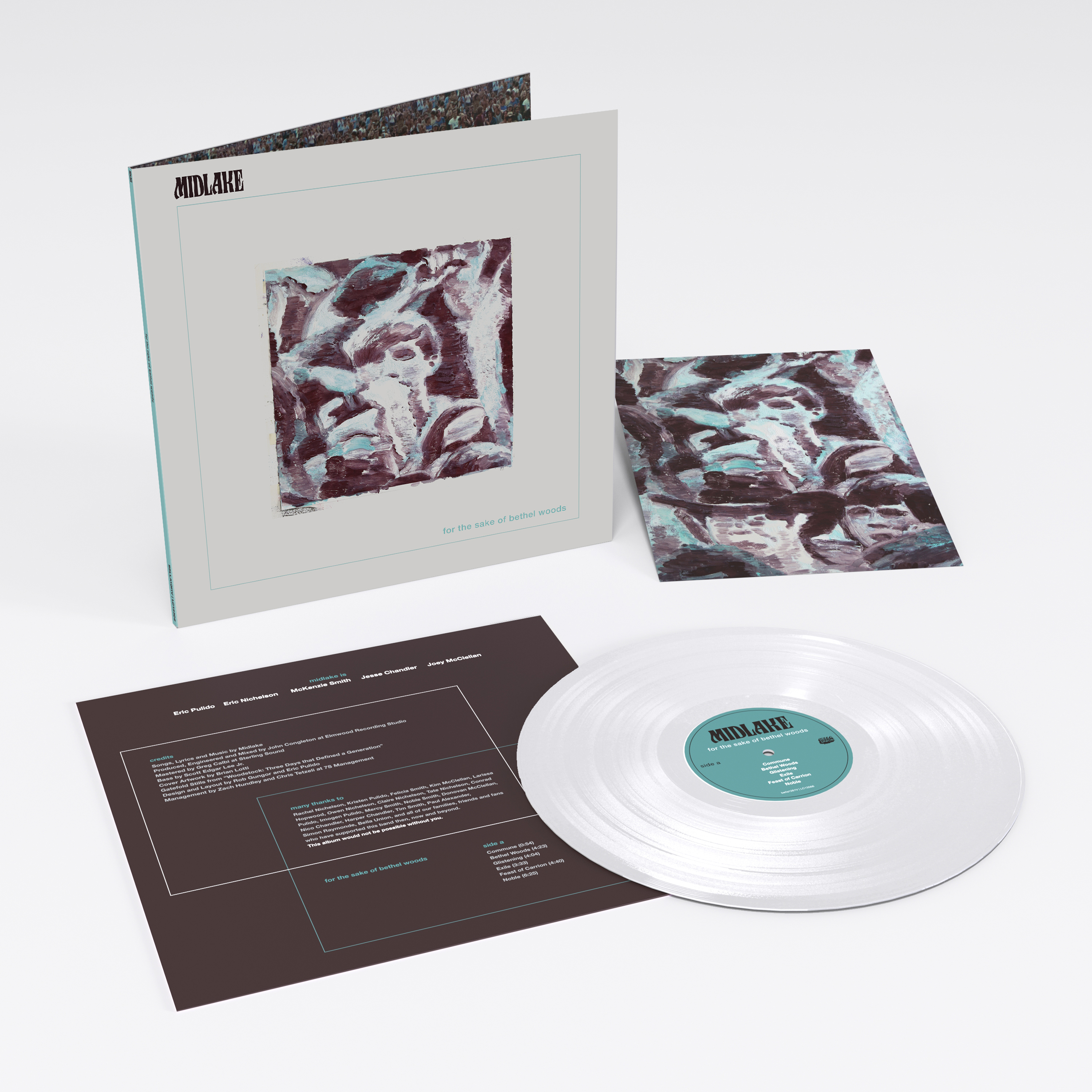 The Orchard via Mexican Summer have announced the upcoming sixth studio album from CATE LE BON, due in in February 2022. This one, called ‘Pompeii‘ is landing on CD, Vinyl or Coloured Yellow Vinyl.

There is a new GREEN DAY ‘BBC Sessions’ live compilation release due from Warner in December, coming on CD, Vinyl or Indies Exclusive White Vinyl. It contains 16 tracks recorded over four sessions between 1994 to 2001. Out December 10th.

Lastly on the down the line releases, there are a few nice coloured limited reissues from THE PRIMITIVES due in, with an exclusive signed print coming with the vinyl. Only a couple of copies of each due into us folks so if interested, fastest fingers first here is safest. Emails won’t be checked again until the morning so they could be sold out by the time we see any communication. Reissues on coloured vinyl with signed print of ‘Lovely‘, ‘Pure‘ and ‘Galore‘.

Finally so for this week, Integral for November 19th. They have a lovely 10th Anniversary 2LP reissue of DAWES’ sophomore record ‘Nothing Is Wrong’ on two different coloured variants. One is a Orange & Blue 2LP Coloured pressing, and there is a Black / Gold / Silver swirl pressing also. Both of these come with a bonus 7”.  New West Records via Integral have a few more nice coloured vinyl reissues of some of their classics. This time up is JUSTIN TOWNES EARLE’s ‘Kids In The Street’ and ‘The Saint Of Lost Causes’, as well as NORTH MISSISSIPPI ALLSTARS ‘Up and Rolling’.  There is a nice deluxe clear vinyl pressing on 2LP of SHAME’s latest record ‘Drunk Tank Pink’. This one comes with a bonus LP of Demos and is an Indies Exclusive. 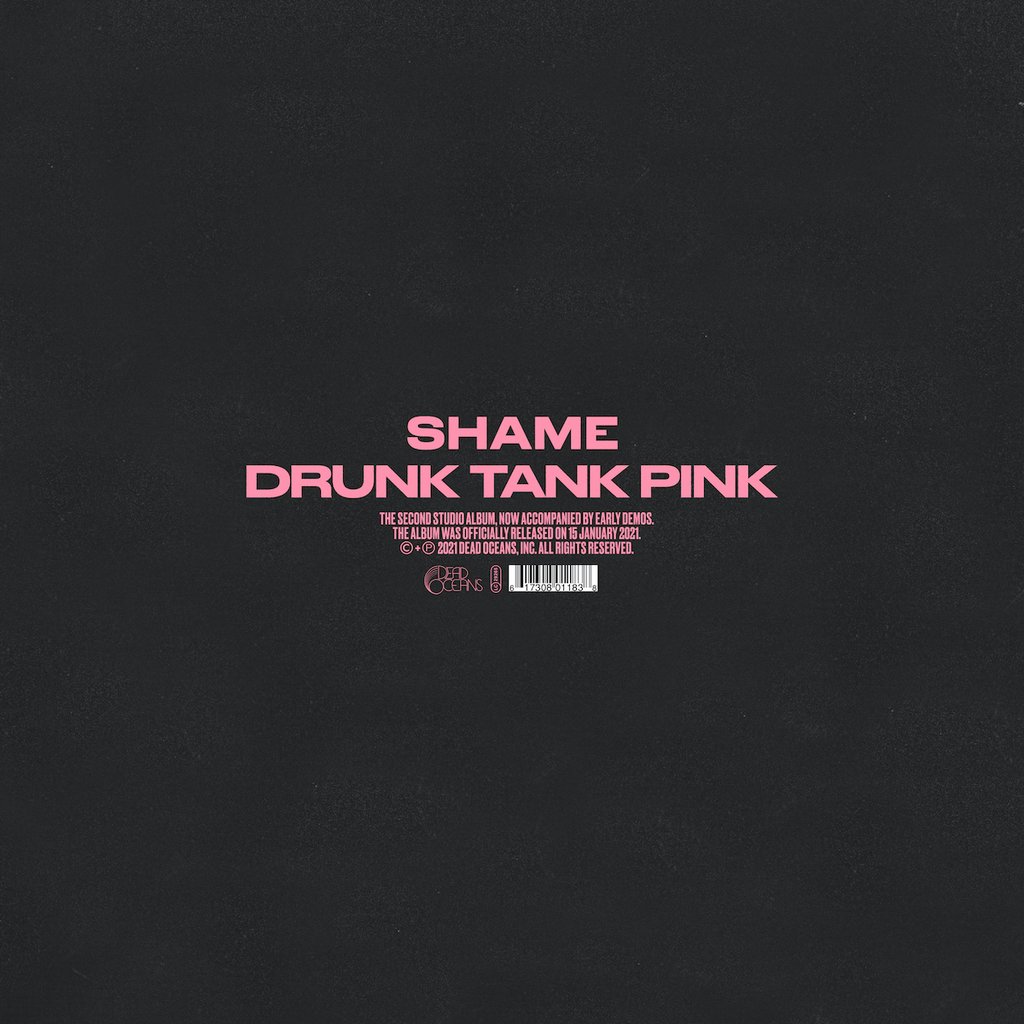 Lastly from Integral for the 19th is the next in the SOUL JAZZ – STUDIO ONE coloured vinyl reissues, this time up with ‘Studio One Groups : The Originals’ on red vinyl.

That’s it from mise for this week everyone, felt I just rattled through bits, apologies if a bit boring! Boss-man will be back on duties next week! Full of cheers after his hols no doubt!
Thanks as always for listening folks, have a good week.
Bobby, Shane & The Boss-Man
musiczone.ie