How’s the form with ye… Hope all is alright.

Last Saturday was National Record Day across the pond… I meant to mention it last week…. It was the first one held.. A good success by all accounts.. We are our own nation as ye know hence we weren’t involved… We have had plenty of fine records ourselves down through the years so maybe IMRO or someone will look at something like it for here… I suppose from where I sit (self servingly sit Raymond, old chap) anything that will enthuse people to buy physical music i’m all for obviously… The album is 70 years old this year… 1948… Look at the joy it’s brung.
If the physical music industry has a chance to live for anywhere near that length of time again, then the industry as a whole has to embrace and advertise and promote the physicality thing… That, along with sound are two big selling points.. Process, warmth, wholeness amongst others but i’m slipping from my point.

The physical industry has got to get kids and young adults to embrace the physical… A good example of how it worked well recently… 21 Pilots new album… Warner/Atlantic gave us some tees/wristbands/balloons (all 21 Pilot branded stuff) to give away to customers (kids and young adults) … The first few girls left with a tee, wristband, balloon and CD .. All for 13 Euro… You won’t get that on a streaming platform folks… The girls were gobsmacked.. I’m sure they will have told everyone in their respective classes when they got back… That makes a difference.

People still love music as much as ever (kids too!!), but they obviously have different options in how to consume it… So the powers that be in my game, the physical one need to promote the physicality, with stuff… Give stuff… Bundles… Little mix CD with Tee-Shirt 20 Bucks (I know the bundles have been tried with metal bands and rock bands in the past but to a more mature consumer… Not really ever to the kids/young adults…) Free headband with CD type thing… I hope those girls with the Pilots stuff made others jealous…. It’s what’s needed… Physical needs to be the cool king again with the kids… Free has got in the way of that… Free is nearly always cooler…. Take the debut record from GRETA VAN FLEET, those boys see the importance of physical… They love records and they want to promote their record to their fans, not islands on a stream… New album, 10 brand new tracks.. None of the hits from the first few EPs.. Not good for streaming.. But ballsy.. Here’s 10 new cracking tracks.. We’ve got plenty more.. 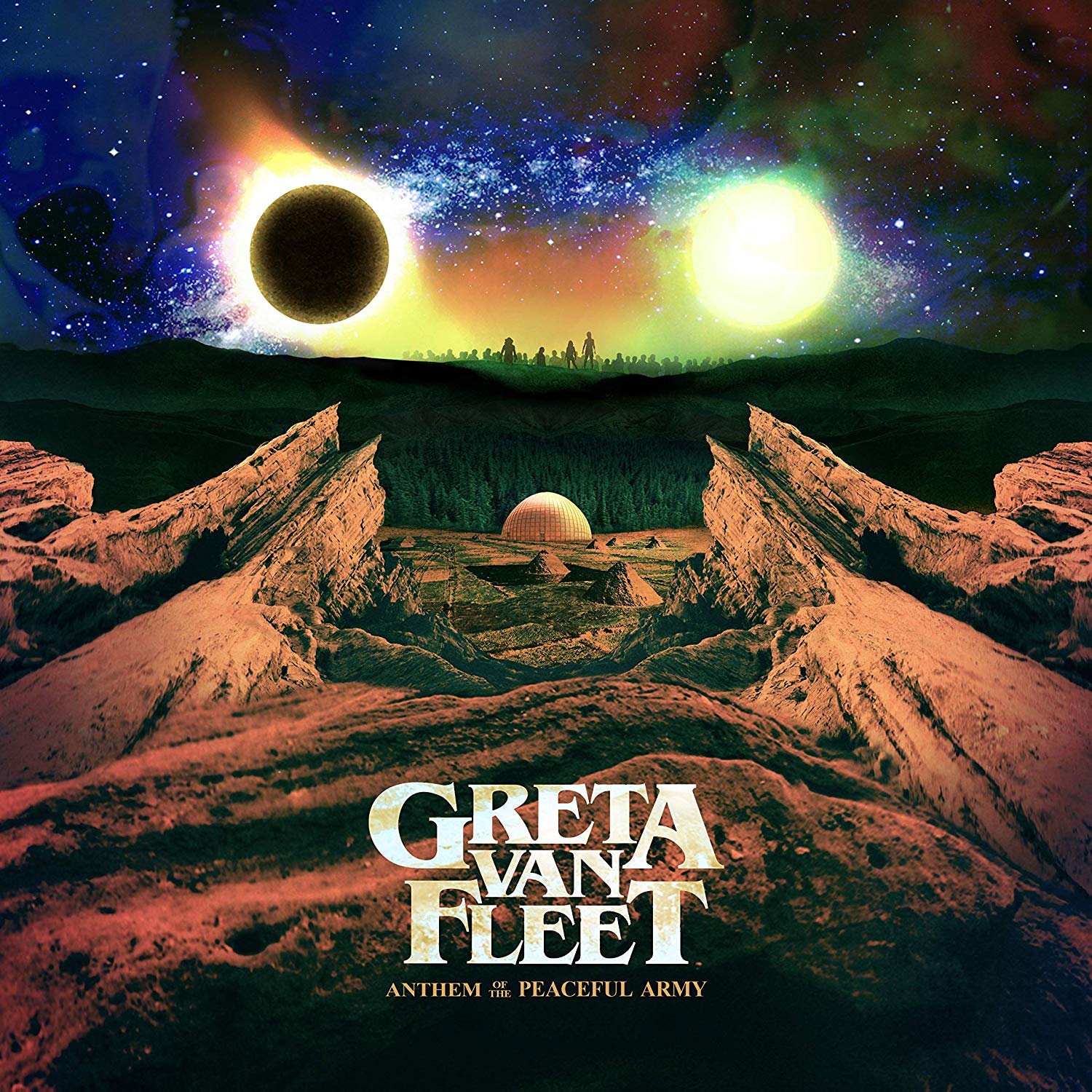 The physical industry which is a one with the stream industry (wherein a bit of the problem lies) needs to convert those young fans to the physical joy… But do they care enough? Monetary wise probably makes no odds to them… Industry is making money through streaming platforms in markets it never made a dollar in like eastern Europe and India… So records will probably continue to be a niche bit of the whole pie (the best bit of the pie mind you) but if enough people don’t care about it within the industry, the record may not come within an ASSes roar of another 70 years.. I’m preaching and i’m preaching a bit to the converted here I know but stuff just comes out the gob sometimes.. Sermon over… So right say two Hail Marys and an Our Father and buy a record before Christmas… That blasphemy thing still in law??…A joke. It was a joke.

Anyway anyway Raymond… Could be a long night folks… Releases in the Musiczone.ie record and tape emporium include new albums by GRETA VAN FLEET, CLIFF MARTINEZ, WILL OLDHAM, DISTURBED, RICHARD ASHCROFT, SOULFLY and ST VINCENT… Newish Compilations kind of things by QUEEN and R.E.M, and reissues by THE CRANBERRIES, DAVID SYLVIAN, THE CULT, LOW, FRANK SINATRA, BETA BAND and KREATOR.

Video up here for this week!
https://musiczone.ie/videos/

Right so onto without further adieu and no little haste (after my rant, speech) are releases for October the 26th. 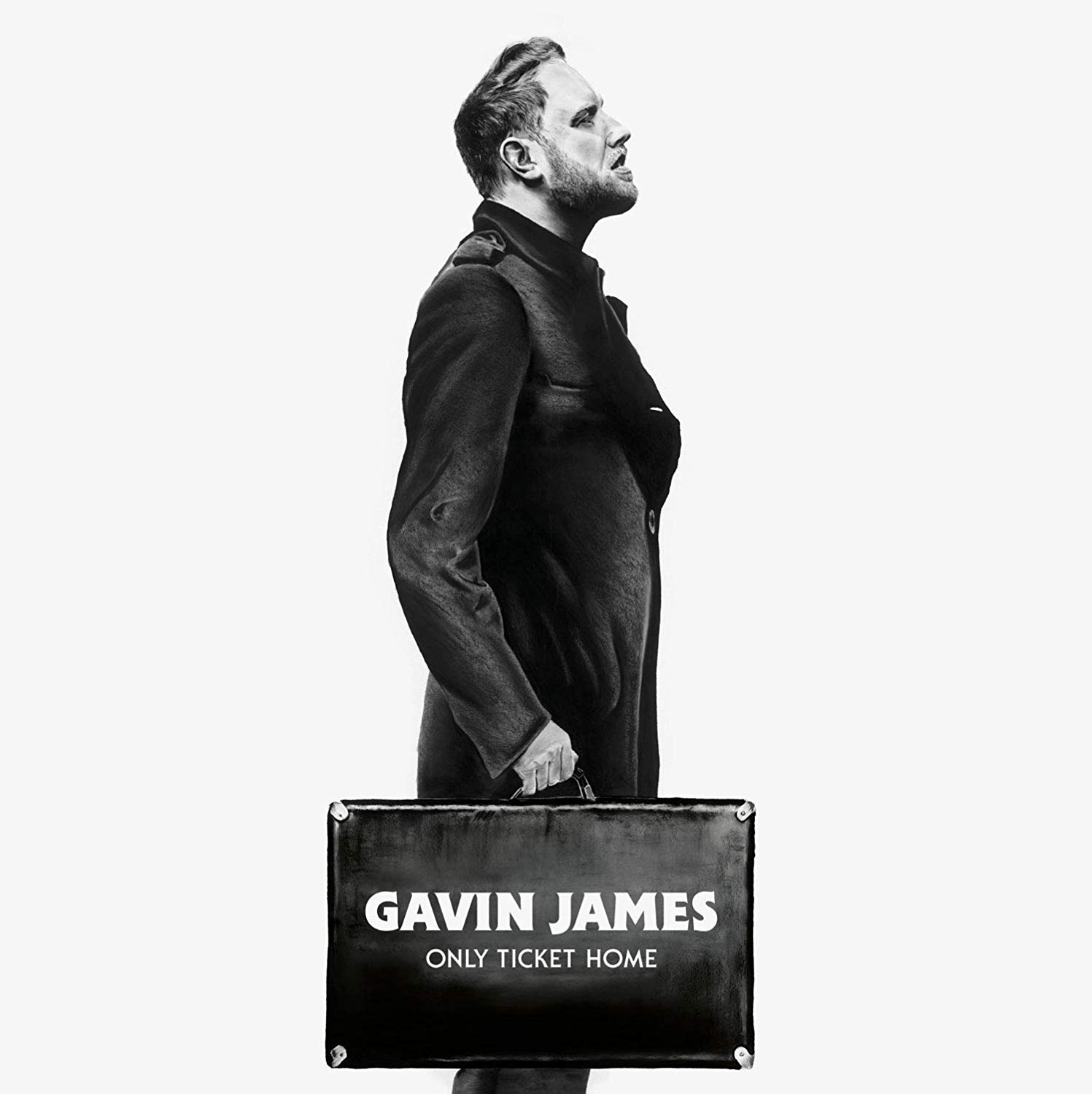 Warner for the 26th have the new and second album by GAVIN JAMES called “Only Ticket Home”… Buy the album from us and you could be in for a nice surprise! Lips are sealed for now… Tell me have to kill me type of thing.

Warner also have THE KINKS cracker jack of an album “The Kinks Are The Village Green Preservation Society” on Boxset, CD, 2CD, and 1LP.. More info on the boxset here.

The Village Green Preservation Society / Do You Remember Walter? (U.S., 1969) 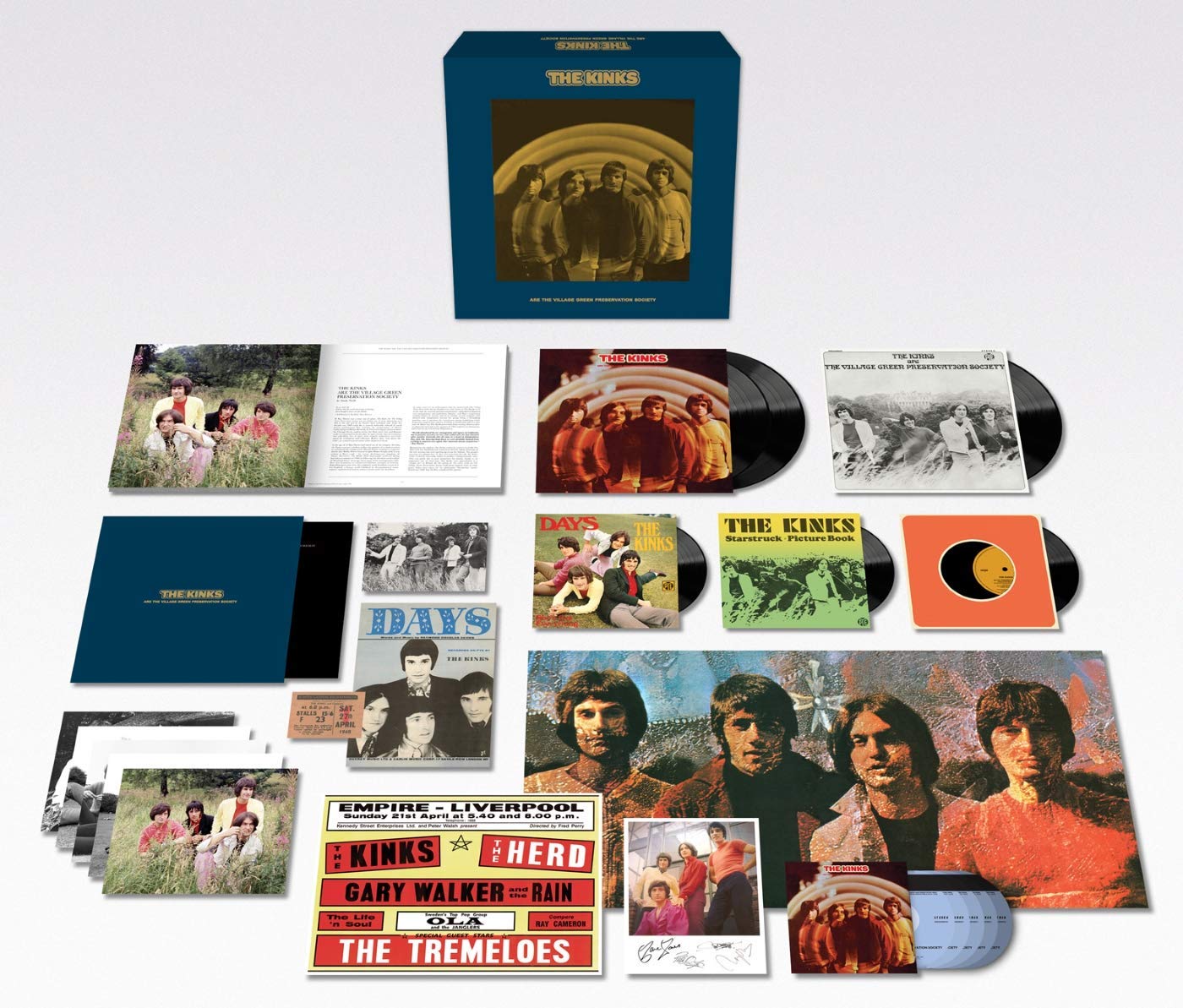 Warner also has new albums by BOY GEORGE & CULTURE CLUB… First in 20 years “Life” it is called and there is an indies only vinyl version l*****d to just 1000 copies. New ones as well from LUKAS GRAHAM and DAVID CROSBY as well as reissues by on CD and LP by JOHN FOGERTY, BERT JANSCH, BLACKBERRY SMOKE and BRONSKI BEAT.

Warner also have DR. FEELGOOD “Live at the BBC” CD, YAZOO “Four Pieces” LP box set, and the soundtrack to RUDEBOY. A movie about the TROJAN Record Label. Lastly from Warner for next week the 26th of October is a reissue of the first GRINDERMAN album… L*****d to 1500 this one on green indies only.

SONY for the 26th of OCT have new albums by TOM ODELL, NAO, JOHN LEGEND, a Christmas album, and last but not least ROGER WATERS “A Soldier’s Tale”..  Stravinsky’s Work narrated by ROGER WATERS… I hear its excellent… I dunno… Will give it a listen.

PIAS have some nice releases for the 26th October to be fair… First up is THOM YORKE with the soundtrack to “Suspiria” from the Luca Guadagnino film (you’d want to be an impressive dude to get Thom Yorke to do your film music for ya i’d say).. I heard one track from this and absolutely loved it… It’s on 2CD or 2LP indies only pink vinyl… My notes tell me it was the title track I loved… Thank you dear notes from a few weeks back… Other than the title track there are 24 other compositions, written by Yorke… Some traditional song
structures, some interludes, some instrumentals. 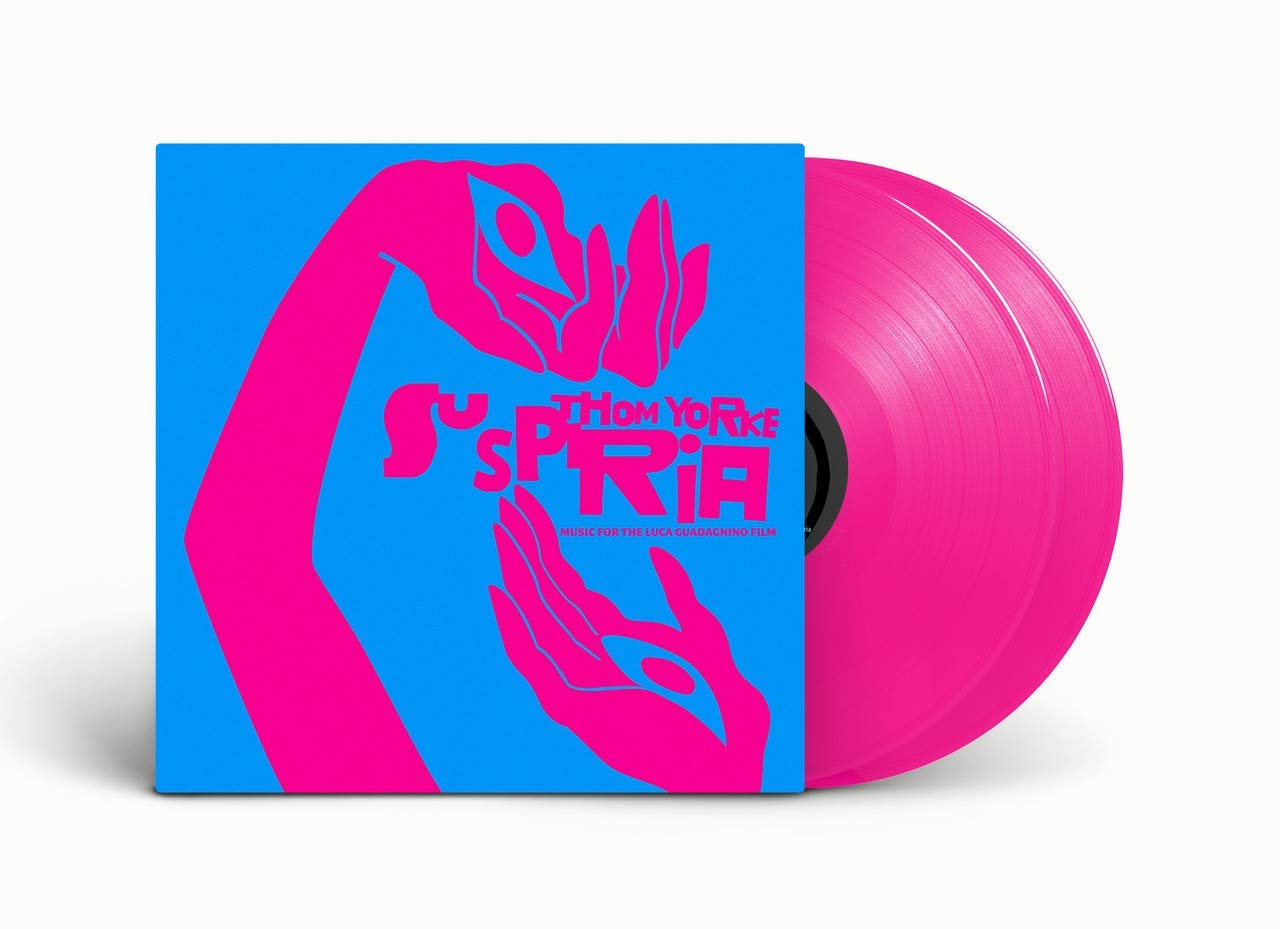 PIAS also have the reissues of the THIS MORTAL COIL Records…. For those of ye who don’t know (apologies to those of ye that do) THIS MORTAL COIL was a music collective of the 4AD record label under the stewardship of IVO WATTS-RUSSELL, with guests from DEAD CAN DANCE, COCTEAU TWINS, PIXIES to name but a few… Some beautiful records… So the three are getting reissued on CD or 2LP… “It’ll  End In Tears” “Blood” and “Filigree & Shadow”.

PIAS also have the new PUBLIC SERVICE BROADCASTING 4 Track EP “The White Liner” based on the Titanic, as well as the new album from JULIA HOLTER (her last album made our customers top 10 the year it was out… 2016 was it?) It’s called “Aviary” on Domino records.

PIAS for the 26th also have new albums by KYLE DIXON & MICHAEL STEIN “Stranger Things – Halloween Sounds From The Upside Down” on CD and Purple Orange vinyl… Out on Invada records as well as debut record by B.E.D..  A collective of Baxter Dury, Etienne De Grecy and Delilah Holiday.

Last few bits from PIAS for the 26th are the BAUHAUS LP reissues on coloured lp of “Mask” and “In A Flat Field” and the Bad Seed BARRY ADAMSON has an Anthology released on Mute on CD and indies only coloured LP.

Oh TWILIGHT SAD brand new 10” also.. Told yeah there was a few and they were nice.

UNIVERSAL for the 26th have the new STRUTS album on CD only for now “Young and Dangerous” it’s called… Aren’t we all, as well as a new album from ROBYN and a new ANDREA BOCELLI album also called “Si” which features a lot of duets. UNI have a BARRY WHITE 9LP and 9CD boxset and a new album by ROBBEN FORD “Purple House” . Uni also have a fabulous JS BACH Complete Collection on 222CDs and 1 dvd.. Which presents ever known note from the composer… 399 Euro price if anyone interested.

On the vinyl record front from Universal there is a BEE GEES “All Time Greatest Hits” LP, POST MALONE “Beerbongs and Bentleys” gets its LP release on ltd clear vinyl, a couple of CHARLATANS reissues including “Up At The Lake” and “Wonderland”, and the new ARIANA GRANDE album “Sweetener” gets it’s vinyl releaseL lastly is BLONDIE’s “Heart of Glass” EP reissue. 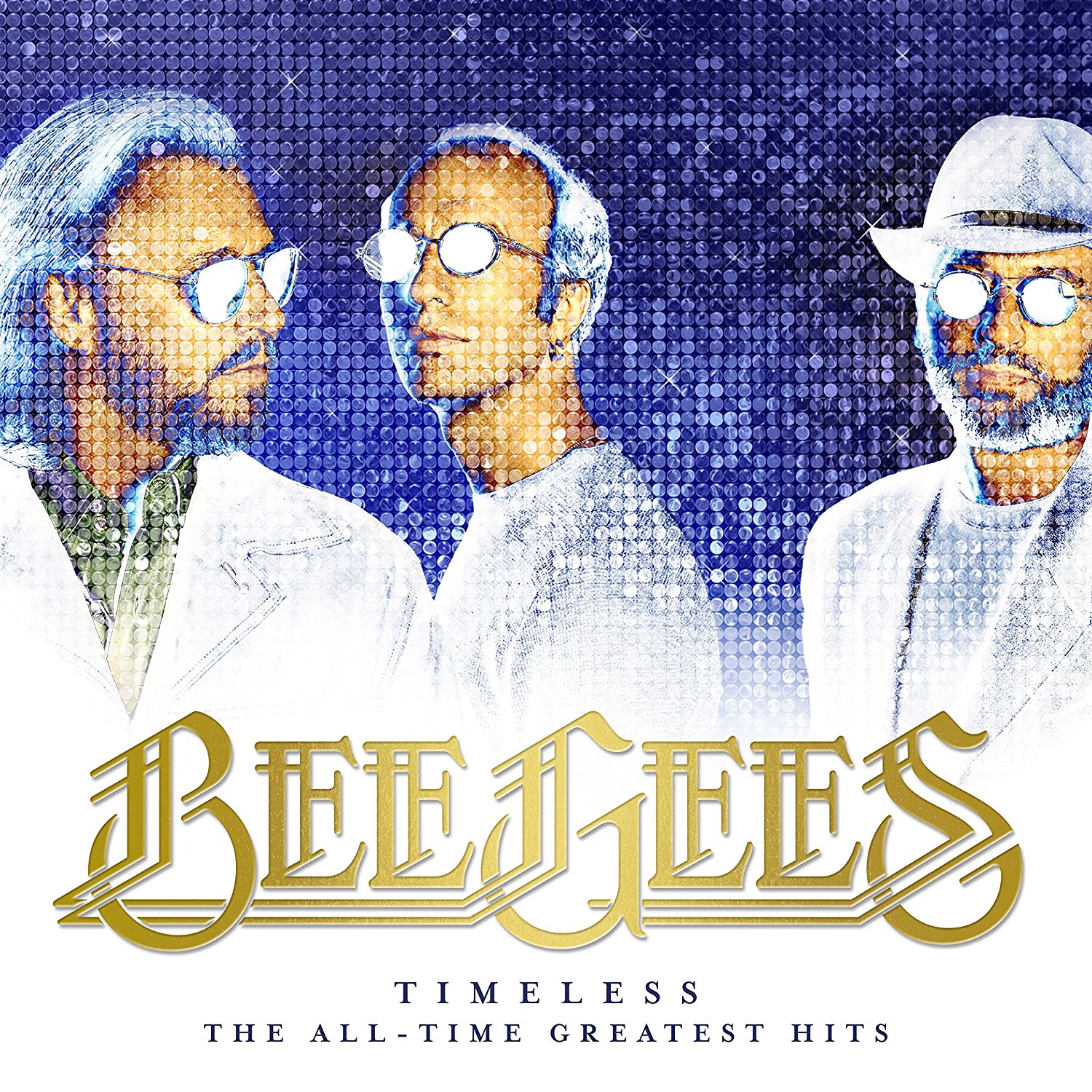 REPUBLIC OF MUSIC have some LEVELLERS reissues on coloured vinyl “Letters From The Underground”, and “Static on the Airwaves”, a new album from LAURA GIBSON on City Slang and John Carpenter’s “Halloween” LP reissue.

The ORCHARD for the 26th of Oct have  new albums by MICAH P HINSON, SETH LAKEMAN and UNLEASHED, as well as a reissue by BTS and some LP reissues by OBITUARY.

PROPER for the 26th have a new compilation by ANATHEMA and new albums by RAZORLIGHT, LISA O NEILL and ANDY IRVINE/RENS VAN DER ZALM.

Final note, s friend of the shop has a spare ticket for The Chemical Brothers (Oct 29) for sale for 50 EUR if anyone is interested.. (face value 66 on ticket).. Pop us a mail if interested and we’ll put you in touch.