Hi Everyone
Hope ye’r all well enough.. We had a bit of a ropey week with deliveries.. Mick / Susan and Dylan Bootleg all delayed.. The Dylan delay was a bit of a saga.. It’s on the way.. It’s on the way was the message until Tuesday morning (yesterday) the boxes were missing and the order was to be rekeyed (for delivery next week!!).. Then 9 boxes of records landed at 4PM yesterday (phew) just when I was composing an email to the folks that pre-ordered… I am like a broken record here a bit but release dates / deliveries are wonky.. The Brexit thing is as tricky as the 4th of January.. So bare with us if possible when things go a bit astray!!

Also going to give a mention here to National Album Day 2021 (NAD 2021) which is the 15th of October.. There are limited releases out that day.. The theme this year are incredible female artists.. Bob will link below here some of what we have..  All these are quite limited presses, so if interested in any best route is direct through site as emails might be missed, and once they’re gone from the site i’m afraid they are gone for good. Sony and Uni’s lists Bob will link below and now up on the site to order : 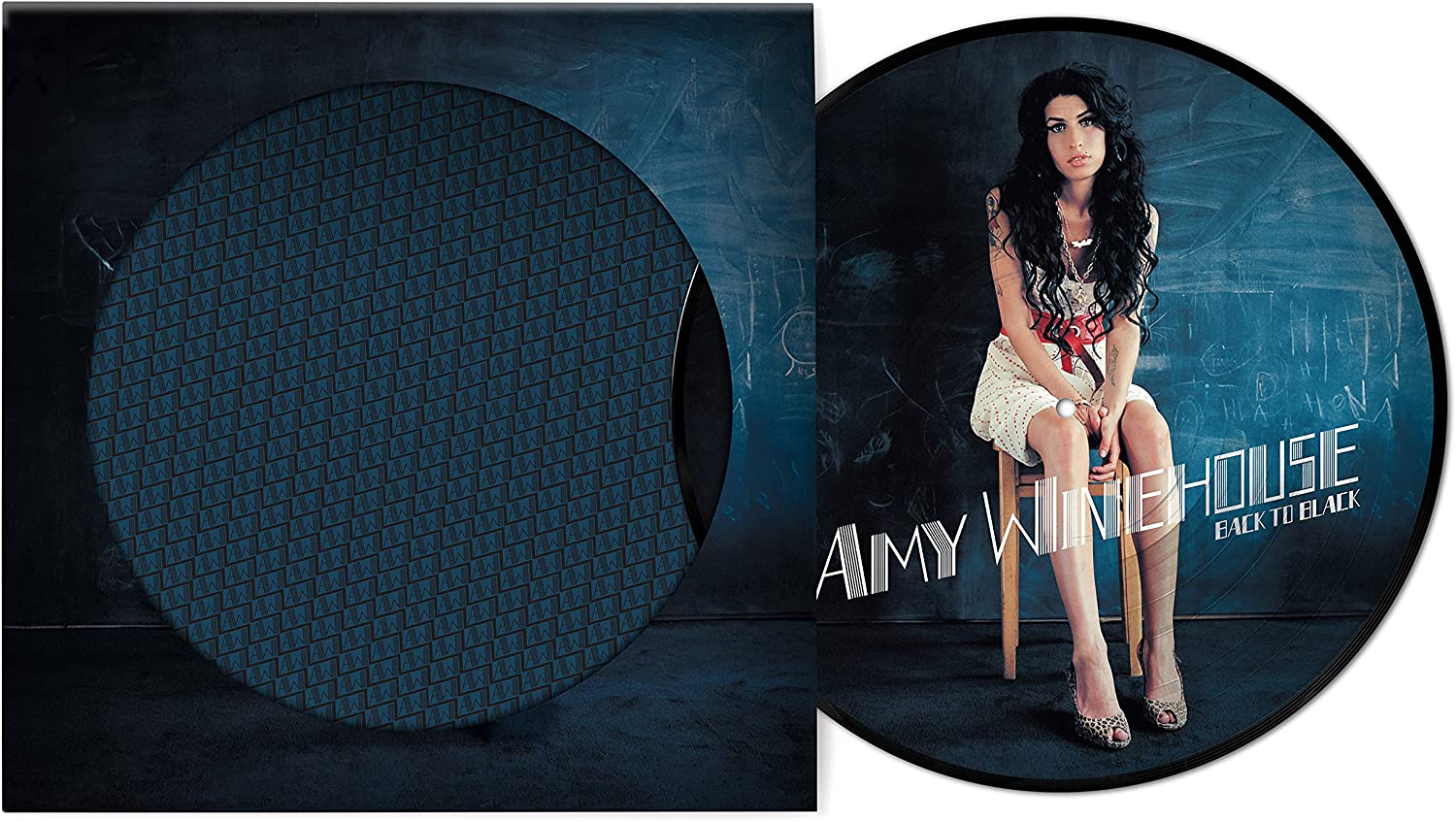 Video for the week is now up here :
https://youtu.be/hFHwE8-rXr8

Righty so, moving on to releases for October 8th.. Warner have a quiet enough week but do have the vinyl reissue of BIGGIE’s (Notorious B.I.G.) debut ‘Ready To Die’ as a standard or indies silver vinyl version via Bad Boy Records… Roadrunner have the brand new album from TRIVIUM ‘In The Court Of The Dragon’ on CD Only for now.. There is a new DMA’s Vinyl EP out via BMG and there are CD reissues of most of DAFT PUNK’s catalogue out via their own Daft Life Records Label.. No sign of the vinyl reissues yet though!!

Republic of Music for the 8th of October have the new album by EFTERKLANG ‘Wild Flowers’ via City Slang and is available on CD, LP or LPX Indies Exclusive Version...

Orchard for the 8th of Oct have the brand new album from NOAH GUNDERSEN ‘A Pillar Of Salt’ via Cooking Vinyl.. The CD is the 8th but the vinyl is not out until Jan 2022… Here is ‘Sleepless In Seattle’.. Phoebe Bridgers sings a duet with Noah on the new album also..
https://www.youtube.com/watch?v=ho0dDpLbjKE

The world seems (well here in our little corner anyway) to be getting back to normal and with that the siopa is getting back to normal also.. This year we were closed from Jan 1 to May 17 and after that we had 10 mad weeks of biz (yacht brochures out and all) but really is back and no bad thing in some ways… Put some manners on us!! The industry for shops like ourselves have loads of challenges and always will.. Recent ones are deliveries, Brexit, pricing, stock levels and direct to consumer stuff where our suppliers sell the ‘best / most limited’ version from their own sits and the sites they own.. (A lot of big online music retail sites are actually owned by the record companies that supply us).. Don’t know a whole pile of industries where your suppliers also compete with you.. Strange industry in that regard.. The record companies are aware though what record shops have and they do.. They nurture a sense of community in an area of link minded people which makes record shops the length and breadth of the country special places.. Our customers want to support us, support the community but it’s tricky for them when they really want the ‘Blue’ Gallagher or the ‘Red’ Kylie.. It is what it is folks and we completely understand it from ye’r point of view.. Maybe not so much from the other side of the fence though.. But it is what it is.. The record companies could close us all down also.. (Would cause a stir that!!).. So all record shops are aware who the boss is also.. Anyways, not sure where I was going with it really.. It is what it is and we all have to play ball with it as best we can.. We win on other lovely indies / offers / tee’s as well, so win some / lose some.. Strange industry in the competition regard though..

Anyway!! Releases from Uni for the 8th of October include a brand new album from SAM FENDER ‘Seventeen Going Under’ on CD, Deluxe CD, Gatefold Black Vinyl, Cassette and an Indies Only Baby Blue Vinyl also, out via Polydor..

Republica / Polydor have the brand new JAMES BLAKE album ‘Friends Break Your Heart’ on CD and LP.. Impulse have a really nice release on 8th Oct with JOHN COLTRANE’s ‘A Love Supreme : Live in Seattle’ as a 1CD or 2LP.. Coltrane performed ‘A Love Supreme’ just twice in public in Paris and in Seattle.. The Seattle recording was never known to exist until very recently.. It was recorded by Coltrane’s friend and noted Seattle musician Joe Brazil.. Billboard calls it ‘a miracle discovery.. of extraordinary historical significance’..

UMC have a reissue also of VIOLENT FEMMES 5th Studio album ‘Why Do Birds Sing?’ on 8th October and it is available to us as a 2CD which includes a complete 1991 live set from Norfolk.. The black vinyl version is out on Oct 8th also and stock is ok with it.. Indies version is not so good on stock.. We are only guaranteed 3 copies with a maybe for 2 more.. So fastest fingers here now for the 3 copies .. Email for the 2 maybes.. Sorry!!

Going to hand you over to Bobby now for the further down the line releases etc!

We’ll start off this week here with the announcement of the brand new album from ELBOW, ‘Flying Dream 1’, which is due out on November 19th on CD, Vinyl or Limited Indies Green Vinyl.

There is a sweet 10th Anniversary reissue of THE BLACK KEYS’ classic LP ‘El Camino’ coming via Warner on November 5th on a few different formats. There is a standard 3LP reissue, which contains the remastered version of the album and an extra live LP, ‘Live in Portland, ME’. There then is a Deluxe 4CD or Super Deluxe 5LP which both contain the remastered album, ‘Live in Portland, ME’, and two bonus live sessions the ‘Electro Vox Session’ and ‘Zane Lowe BBC Session’.

Final few for this week include a new ELTON JOHN ‘The Lockdown Sessions’ covers album with a fair few artists chipping in with Elton, there is a brand new 7” single release from THE DELINES (excited for the new album early next year!), and STING has a brand new album ‘The Bridge’ coming on November 19th on CD, Deluxe CD, or vinyl. Lastly, we are definitely approaching silly season when Bubbles makes an appearance. There is a new 10th Anniversary Edition of MICHAEL BUBLÉ’s ‘Christmas’ album, coming as a new 2CD edition with a bonus CD of festive cheer, or as a super deluxe boxset which even comes with 6 sheets of wrapping paper. Just magical.

Just a quick reminder also on our competition for the new THE WAR ON DRUGS album ‘I Don’t Live Here Anymore’. Anyone who pre-orders the CD, Vinyl or Indies Vinyl will be entered into a draw for a pair of tickets for their upcoming show at the 3Arena on April 14th 2022. Savage stuff! The album is out October 29th.

That’s it from me this week folks, back to the boss-man!

Right, PIAS / Integral for the 8th of Oct have the new BADBADNOTGOOD album, the DRIVE OST LP Coloured Reissue, and THE CHARLATAN’s Self Titled Yellow LP reissue…

Integral for the 15th of Oct have via Bella Union a reworking album by A.A. WILLIAMS ‘Arco’, reworking her rock album into a softer listen with vocals and strings.. Signed print and download card included here… Knitting Factory have the 50th Anniversary Red vinyl edition of FELA KUTI ‘Live with Ginger Bark’, new ones from KIEFER, HAYDEN THORPE and KEATON HENSON EP also.. There is a 36 songs MELVIN’s Acoustic compilation on Ipecac and for NAD, Sub Pop have a gold vinyl version of WEYES BLOOD ‘Titanic Rising’  and there is also an YVES TUMOR ‘The Asymptotical World’ EP on 3 x 7” in rigid box or 12” also..