Hi Everyone
Hope everyone is doing ok.. It’s lovely to have the doors back open in the shop, more lovely than I would have thought.. It is a lot more relaxed this way.. Just more natural folks seem more relaxed… It’s great, trade has been good but not hectic, the weekend is coming though.. So the opening hours are 10-6 inclusive Monday to Saturday and I think it’s 11-4 on a Sunday Bob is it?? It is 11-4 indeed boss-man!
Phone is 021-4967119 and email is shop@musiczone.ie

Bits of info on RSD is starting to filter back to me so I will give it to ye folks as I get it.. Small Faces release is a UK only release so zero coming across the water.. I am in communication with a few companies that we have had Brexit issues with trying to iron out our RSD orders.. I will communicate with you if a wish listed record is caught up or in trouble.. I have attempted to get evert single wish listed record, so I will communicate ones that fail (it will only be a small percentage).. Pity there are no bands or party atmosphere this year.. Hopefully next year.. We are open which is the main thing.. I’ll update more as the weeks slip by.. It is 3 weeks on Saturday now..

Universal were in touch about allocations at the titles that are (slightly) problematic (whereas wish lists exceed or are more or less the same as what will be supplied) includes Amy Winehouse – Remixes, Arianna Live, Def Leppard Live, Elton John, Haim 7”, Lady Gaga, Robert Plant, Status Quo, Tears For Fears, War Child Help EP.. So if these are NB for you, set the alarm folks and make your way as early as possible to the good yacht musiczone.ie… I’m just giving the info!! Universal have 2 new additions to the RSD June 12th Drop.. I’m not taking wish lists.. There is a Rolling Stones ‘A Bigger Bang – Live’ 10” Picture Disc, 2 track live unreleased single.. We will only have 5 copies.. There is also a Arianna Grande Live Album on CD format.. We are just getting 2 copies!! Still no show for RSD from the forgotten man of music.. How quick people move on.. I really thought Ricky martin might have a release this year.. Livin’ La Vida Loca folks 12” remix or something..

Anyways, here are the releases for the good yacht for this Friday the 21st of May. There are new releases by GRUFF RHYS, JOHN HIATT & THE JERRY DOUGLAS BAND, MDOU MOCTAR, GARY NUMAN, COUNTING CROWS EP, TWENTY ONE PILOTS, LAMBCHOP, LORD HURON as well as reissues by my bloody valentine, DESMOND DEKKER AND THE SPECIALS and a limited 7” remix of ‘Seven Nation Army’ by THE WHITE STRIPES 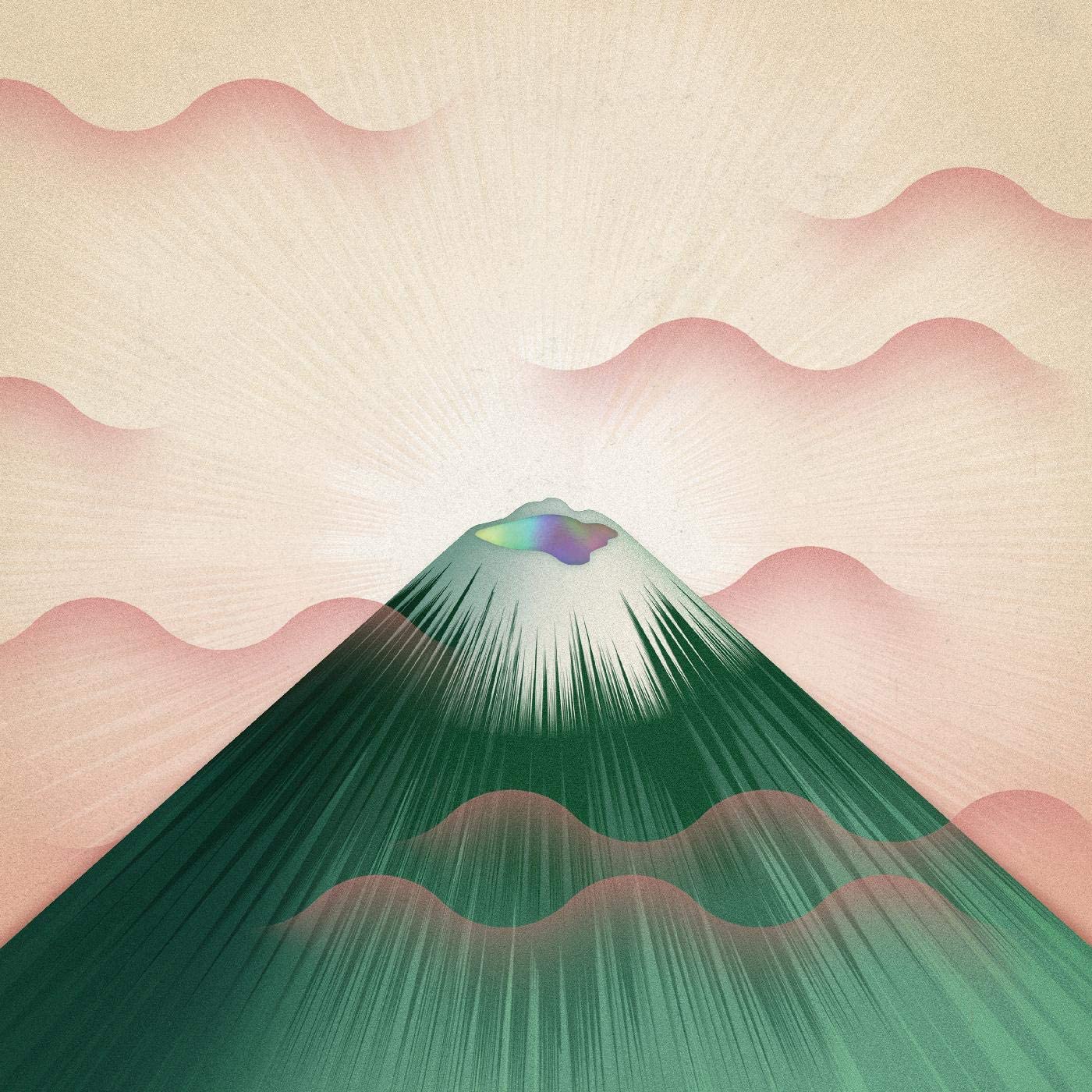 And here are the releases for the 28th of May.. I may have missed Proper last week so they have a GRAHAM NASH reissue of 2016’s ‘This Path Tonight’ on CD and LP, as well as another WORLD PARTY vinyl reissue of ‘Dumbing Up’ on Seaview Records.. The rest of the releases for the 28th include new releases by BLACK MIDI, MOBY, BLACKBERRY SMOKE, MUSTAFA, KING GIZZARD AND THE LIZARD WIZARD, TEXAS, DEL AMITRI, NINA SIMONE, ETTA JAMES, EASY LIFE, CLINT MANSELL, NILS LANDGREN FUNK UNIT,  BURNING WITCHES, RELOADED and THE 60S ALBUM compilation records. There are reissues by PJ HARVEY, DAVID BOWIE, THE WEDDING PRESENT, EVA CASSIDY, CAN, GRATEFUL DEAD, GREEN DAY, K.D. LANG, PARAMORE, KANSAS, and there is the TINA TURNER MUSICAL vinyl release…


Right so moving onto releases for the 4th of June… Talking about June already… There are a few nice bits.. Southeastern Records present via The Orchard MIKE COOLEY, PATTERSON HOOD & JASON ISBELL ‘Live at the Shoals Theatre’ as a 2CD or 4LP set.. In June 2014 Isbell reunited with his form bandmates for an acoustic performance which includes Isbell-era Truckers gems, post Isbell Truckers tracks and Isbell solo stuff… Looking forward to it!! FRANK TURNER’s ‘England Keep My Bones’ 10th Anniversary Edition due out via Orchard also on the 4th..

Warner for the 4th of June have THE SPECIALS ‘Ghost Town’ 40th Anniversary Half Speed Masters on 12” and 7”.. They (WEA) also have a ROD STEWART ‘1975-1978’ 5LP boxset including a bonus LP or rare and unreleased tracks.. Warner also have DECAPITATED ‘The First Damned’ CD and LP reissue of the bands early demo work.. There are some HANK WILLIAMS remastered CD Compilations, MESHUGGAH reissue, and lastly MSG (Michael Shenker Group) ‘Immortal’ on indies only vinyl reissue of the new album..

Universal for the 4th of June have the new CROWDED HOUSE album on EMI ‘Dreamers Are Waiting’ it’s called and it’s on CD, standard blue vinyl and limited indies clear vinyl.. First album in over a decade and only their 7th long player (for a band who seem around forever).. Constant members Neil Finn and Nick Seymour make up the current line up with Neil’s two sons Liam and Elroy..

Universal also has the new album from English rock band JAMES ‘All The Colours Of You’ on the Virgin Music Label. It is on CD, Deluxe 2CD, LP and indies only deluxe 2 coloured vinyl.. Here is the title track from the album.. Fine tune again fro a fine fine band..
https://www.youtube.com/watch?v=jVuMLsQplCk

RISE AGAINST have a new album on Loma Visa ‘Nowhere Generation’ on CD, LP or Indies LP.. There is a new BILLY GIBBONS album ‘Hardware’ on the 4th of June via Concord Records on CD, LP and Indies Only LP.. Third solo album from the ZZ Man. Some nice vinyl reissues also out on the 4th of June by SARAH JAROSZ ‘Build Me Up From My Bones’ and ART BLAKEY & THE JAZZ MESSENGERS ‘The Witch Doctor’, and THE MARCUS KING BAND ‘Soul Inside’ on vinyl and CD via Concord also.. Lastly Uni have a EINAUDI ‘Cinema’ 2CD Release…

PIAS for the 4th of June have 2 nice releases with the 20th Anniversary release of THE AVALANCHES ‘Since I Left You’ on XL as a 2CD or 4LP job. ATO Records are putting out BLACK PUMAS ‘Capitol Cuts’ live album on Red Vinyl..

Here’s a test link.. A test how far has this country come in the last 100 years? Here’s a test.. Sony UK & Ireland are putting out a 7” single on June 4th of BADDIEL, SKINNER AND LIGHTNING SEEDS ‘Three Lions 96/98’.. Long pause.. Are we good with it.. Long pause… Right.. Altogether now.. It’s coming… I can see the headline on the Daily Digest, ‘man chokes on his Irish stew last Wednesday night whilst reading a music newsletter’…

Right Bob you better take over before I get meself in trouble with someone… Announcements etc… I know and am really excited to hear of a new FISH GO DEEP release due out around the middle of June.. Legendary down these parts are the two lads.. Many the Saturday night I spent in Sir Henrys in the early 90s with the two men (only boys then) wielding their magic (I wasn’t allowed on Thursdays by the mother.. school etc).. The lads are class.. Here is the title track from the new record ‘This Bit Of Earth’.. Class
https://www.youtube.com/watch?v=tTJJR1NLfA8

Bob will put the link for the album here and has info on a few more releases also.. And also here is the link to this week’s playlist of new releases :
Music Zone – Spotify New Release Playlist June 4th 2021

Hey folks,
Hope you are all keeping safe and well!
Not too many to update on you this week, chasing our tails a bit from being off last week but we’ll get back on track by next week all going well. Nonetheless, a few nice bits announced for today!

We’ll start of this week with the announcement of PRINCE’s ‘Welcome 2 America’ reissue from 2010, coming on CD, Vinyl, and Indies Exclusive Clear Vinyl. There is also a Vinyl/CD/BluRay limited, deluxe box set which also features a live show on BluRay from The Forum in 2011, along with plenty of memorabilia and a 32-page 12”x12” book! This is due out late July through Sony

Also announced through Sony is the upcoming, brand new album release from the brilliant MANIC STREET PREACHERS, ‘The Ultra Vivid Lament’, due for release in early September. This release marks the Welsh groups 14th studio LP, and is being released on CD, Deluxe 2CD Book, Vinyl or Exclusive Indies Vinyl with a bonus 7” single.

Lastly from mise for this week is the release of BOBBY GILLESPIE & JEHNNY BETH’s first album together, ‘Utopian Ashes’ due for release in July. The Primal Scream and Savage vocalists join together to explore country soul classics, one i’m looking forward to giving a few spins to on release!

That’s it from myself folks, back to the boss-man!

Right, thanks a million Bob, and welcome back!
Lastly so PIAS / Integral for the 11th of June have a 10th Anniversary Edition of LANTERNS ON THE LAKE ‘Gracious Tide, Take Me Home’ as a 2LP Reissue on Bella Union.. ALESSANDRO CORTINI (Nine Inch Nails) has a brand new album on Mute and THE OAK RIDGE BOYS have a new album also, as well as THE SHINS reissue of ‘Oh Inverted World’ on Sub Pop..

Sin é I think from us for this week,
Thanks for listening as always,
Hope to see some of ye on the siopa floor over the next few weeks,
Thanks,
Ray, Bobby & Shane,
musiczone.ie