Hope all is well enough.. Jays the 3rd of June… Record Store Day is just 9 days away… It kind of creeps up on you doesn’t it… The shop will be open at 8AM on Saturday the 12th of June.. So we will probably only leave 4/5 customers/households in at a go and unfortunately ask ye to be prompt enough as others are waiting… Not ideal I know but the 3 of us will be on site and there to help… The records had better start arriving as so far NADA has arrived… I’ll update properly on it all again next week,

Here’s the releases in the good siopa for this Friday the 4th of June. They include new releases by MIKE COOLEY / PATTERSON HOOD / JASON ISBELL, CROWDED HOUSE, JAMES, RISE AGAINST, DANIEL AVERY, EINAUDI, THE ALARM, NEW MOON JELLY ROLL FREEDOM ROCKERS, and a ROD STEWART Vinyl Box Set.. There are Reissues by THE AVALANCHES, ART BLAKEY, SARAH JAROSZ, DECAPITATED, MESHUGGAH, ANTHRAX, MICHAEL SCHENKER GROUP, and the 12” and 7” reissue of THE SPECIALS ‘Ghost Town’… On the CD front there is three HANK WILLIAMS collections out… 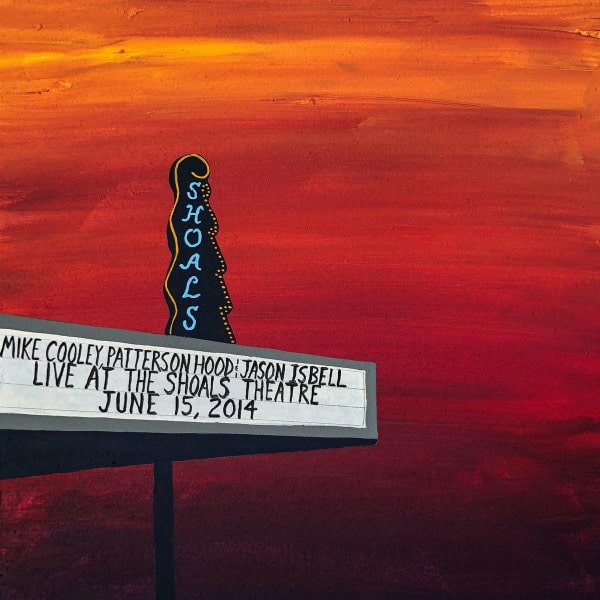 Video for the new releases last Friday is up here now :
https://www.youtube.com/watch?v=KkzU53_2AFE&feature=youtu.be&ab_channel=MusicZone

Followed swiftly along by releases for the 11th of June… The day be for the ‘day’.. I really hope next year we can have a celebration like other years.. That makes the day extra special… The music, the couple of beers or not… Hopefully next year again.. Anyway the releases for the 11th of June include new releases by NOEL GALLAGHER’S HIGH FLYING BIRDS, RHIANNON GIDDENS, SLEATER-KINNEY, JOE BONAMASSA, LUKAS NELSON & PROMISE OF THE REAL, GARBAGE, ALESSANDRO CORTINI, JESSIE WARE, JOANA SERRAT, MAROON 5, THE OAK RIDGE BOYS, BRAD MEHLDAU & THE ORPHEUS CHAMBER ORCHESTRA, JULIAN LAGE, DUSTIN O’HALLORAN, MARINA, and the CRUELLA OST on CD.. There are Reissues by SIGUR ROS, DR. FEELGOOD, THE MINUTES, THE SHINS, SPIRITUALIZED, DEF LEPPARD, KISS, MARK MORRISON, LANTERNS ON THE LAKE, GHOSTBUSTERS 2 OST, and the Super Deluxe BLACK SABBATH ‘Sabotage’ sets.. There is also a 5CD set release from ASIA.. 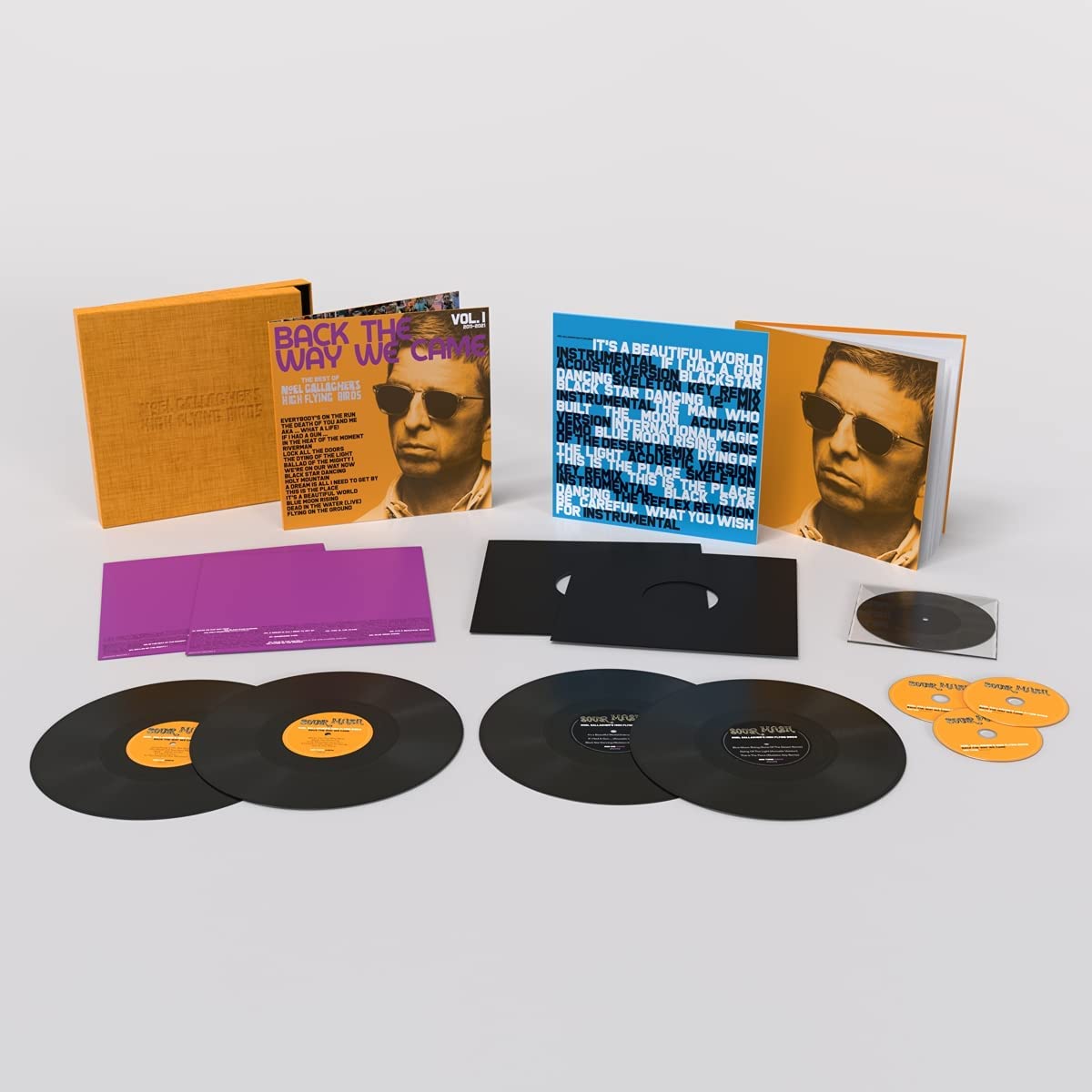 Right so releases for the 18th of June include via Universal the new KINGS OF CONVENIENCE album ‘Peace or Love’ on EMI Records.. Excellent songsmiths, unreal harmonies (as good as anyone).. I do have a soft spot for them.. This is their first record in ages.. Here is ‘Rocky Trail’ from the album
https://www.youtube.com/watch?v=pdv5n_Qgiw4

Uni also have a new KID CUDI CD on Island Records.. ‘The Man On The Moon III : The Chosen’.. Could be a Star Trek film.. STYX also have a  new album on UMC ‘Cash Of The Crown’ on CD or Limited LP.. There is a FRANK ZAPPA live release ‘Zappa ’88 : The Last US Show’ on 2CD Jewel Case or Limited 4LP Set… 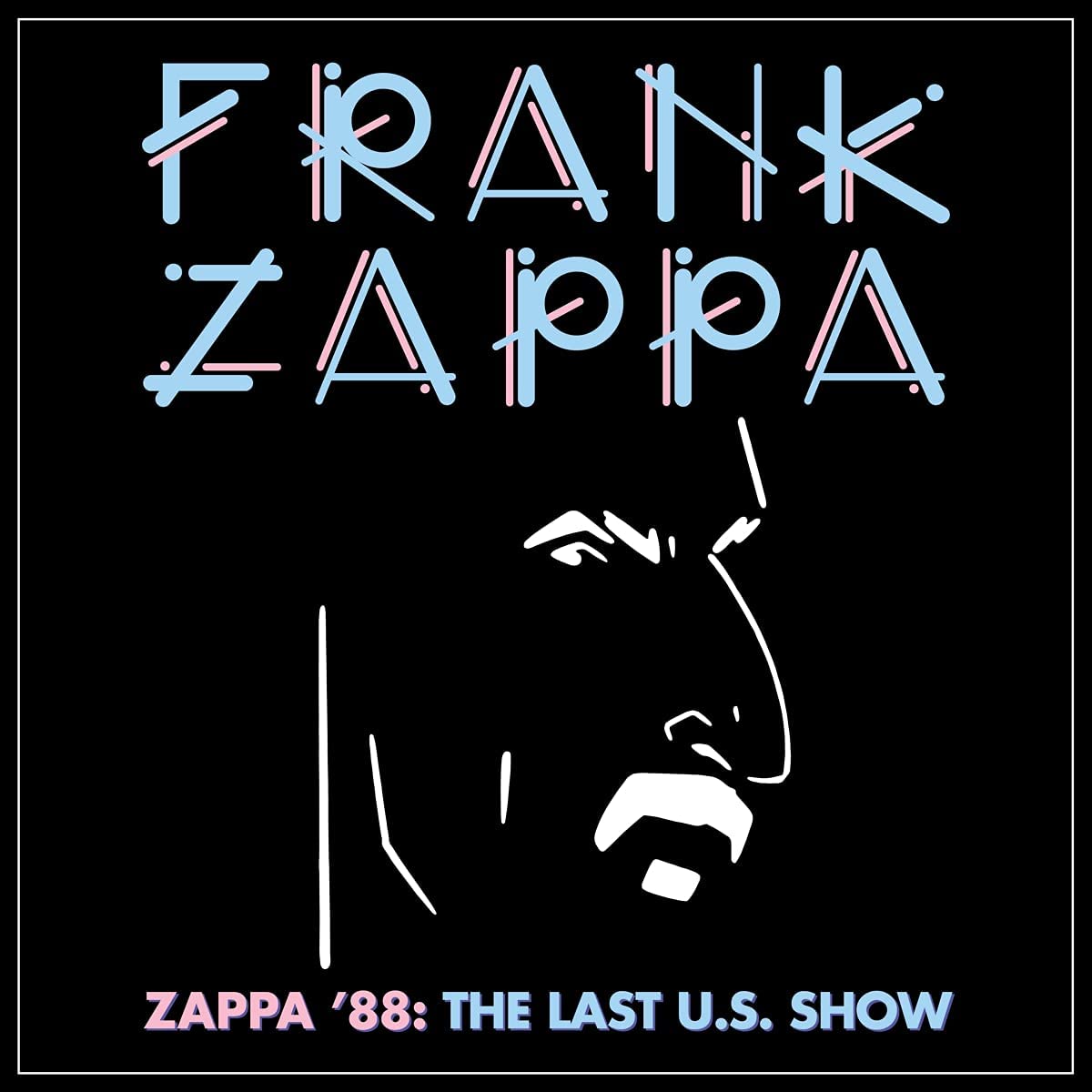 PIAS/Integral for the 18th have the CLINT MANSELL / CLINT WALSH collaborated covers album of Lou Reed’s ‘Berlin’ as well as a E.S.T reissue on vinyl via ACT records..

Warner for the 18th of June have a nice few releases… There is a deluxe CD version of CHARLES MINGUS’ ‘Live at Carnegie Hall’ his 1974 live album for Atlantic, with over an hour of unheard music.. BMG/ADA have an absolutely gorgeous looking EMERSON, LAKE & PALMER ‘Fanfare 1970-1997’ box set which has 16 CDs, 3LPs, Audio BluRay , 2 x 7” Singles, Book, Poster, Tour Stadium Programmes and pin base… The 11 albums remastered on CD plus 5 unreleased CD albums (live stuff etc), triple LP ‘Live in Rome & Milan 1973’.. Warner also have a new album (CD Only for now) from FEAR FACTORY ‘Aggression Continuum’, their 10th studio album, this one on Nuclear Blast.. GRATEFUL DEAD’s ‘Grateful Dead (Skull & Roses) live album gets remastered on 2LP or 2CD.. This is the band’s 2nd best selling album..

HELLOWEEN release their new 15th album on Nuclear Blast on the 18th on a host of formats… The album is self titled and features 3 lead singers for the first time.. There are a host of physical formats available!! BMG also have a new one from JOAN ARMATRADING on CD and LP ‘Consequences’.. There is a 10 CD Box Set of TEN YEARS AFTER ‘1967-1974’ on Chrysalis.. MONKEES have a reissue of their debut album (huge album back in ’66).. This is a deluxe 2LP Set with bonus tracks and the lacquers were cut from the analogue tape for the fist time since 1966..

Last but not least from Warner for the 18th of June is the TROJAN STORY Box Set on 3CD or 3LP.. This is a reissue of the 1971 same named album compilation which put Ska, Rock Steady and Reggae on an international stage… Class compilation it is.. 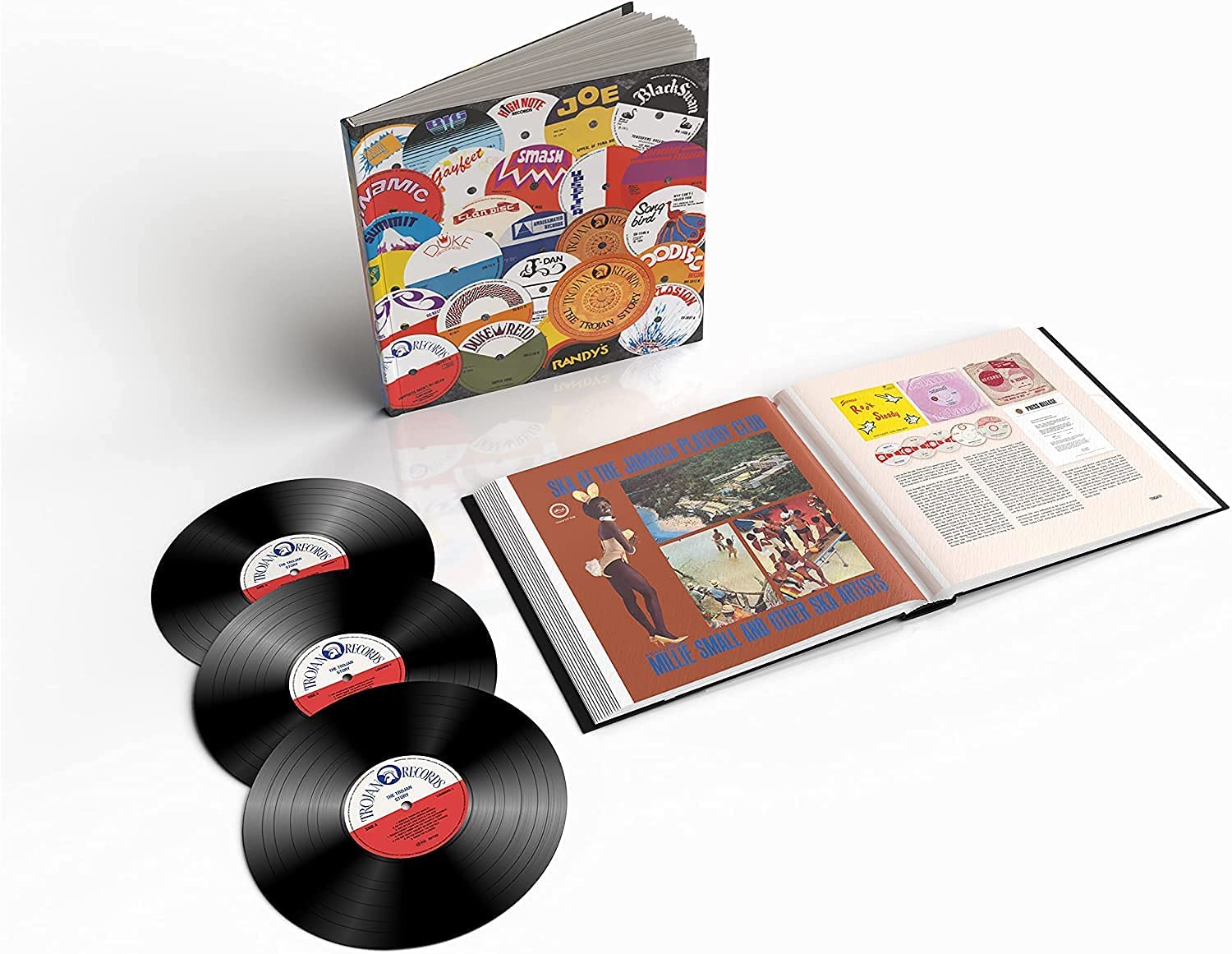 Without a doubt the biggest release for the 18th of June comes via Proper Music with the release of the new NICK CAVE & WARREN ELLIS record (i don’t envy the poster maker) ‘Carnage’.. This is the first time the duo have recorded an album of songs together.. I have not heard any of it yet, I sometimes chose to wait.. So looking forward to hearing it… I wasn’t as gone on ‘Ghosteen’ as I was with the two previous ones ‘Skeleton Tree’ and ‘Push The Sky’ but the quality and out put is savage… 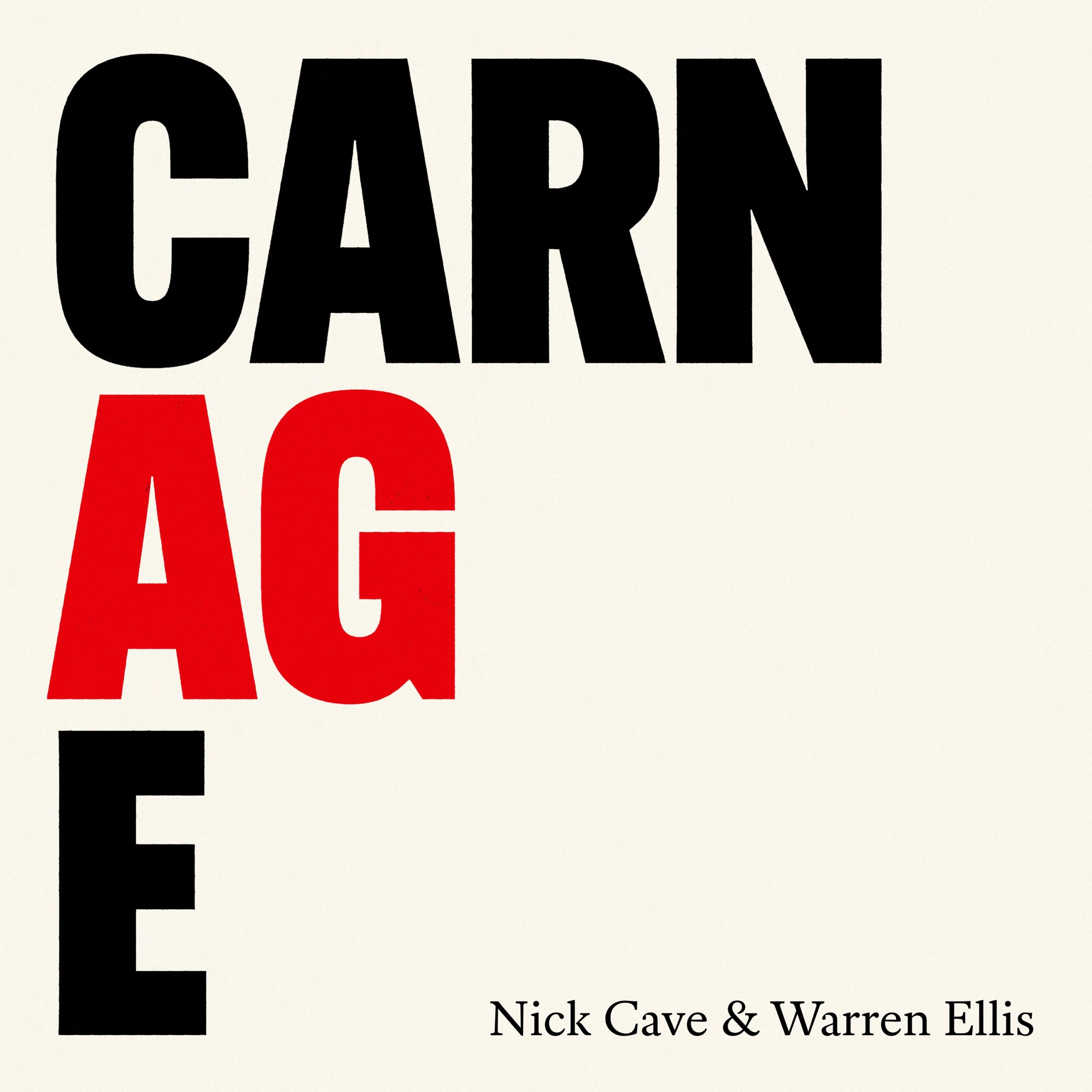 Sony Music for the 18th of June have a new solo record from GARY KEMP.. They have a fine vinyl best of from ARETHA FRANKLIN, and a 30th Anniversary LP reissue of DEACON BLUE’s ‘Fellow Hoodlums’..

Cargo for the 18th of June have the CZARFACE & MF DOOM ‘Super What?’ CD format release which includes a comic book, out on Silver Age… Cargo also have PINK FLOYD ‘Live at Montreux 1970’ double LP containing nine tracks originally broadcast by Swiss Radio on November 1970 in excellent quality…

Going to hand you over to Bobby now who will run through interesting bits and pieces down the road or announced lately..

Hey folks,
Hope everyone is keeping safe and well.
Starting us off this week, and only announced today, Integral have a brand new album coming from PUBLIC SERVICE BROADCASTING, entitled ‘Bright Magic’. It’s due to us in September, and will come on CD, Vinyl or limited Indies Orange / Black Marbled Vinyl. 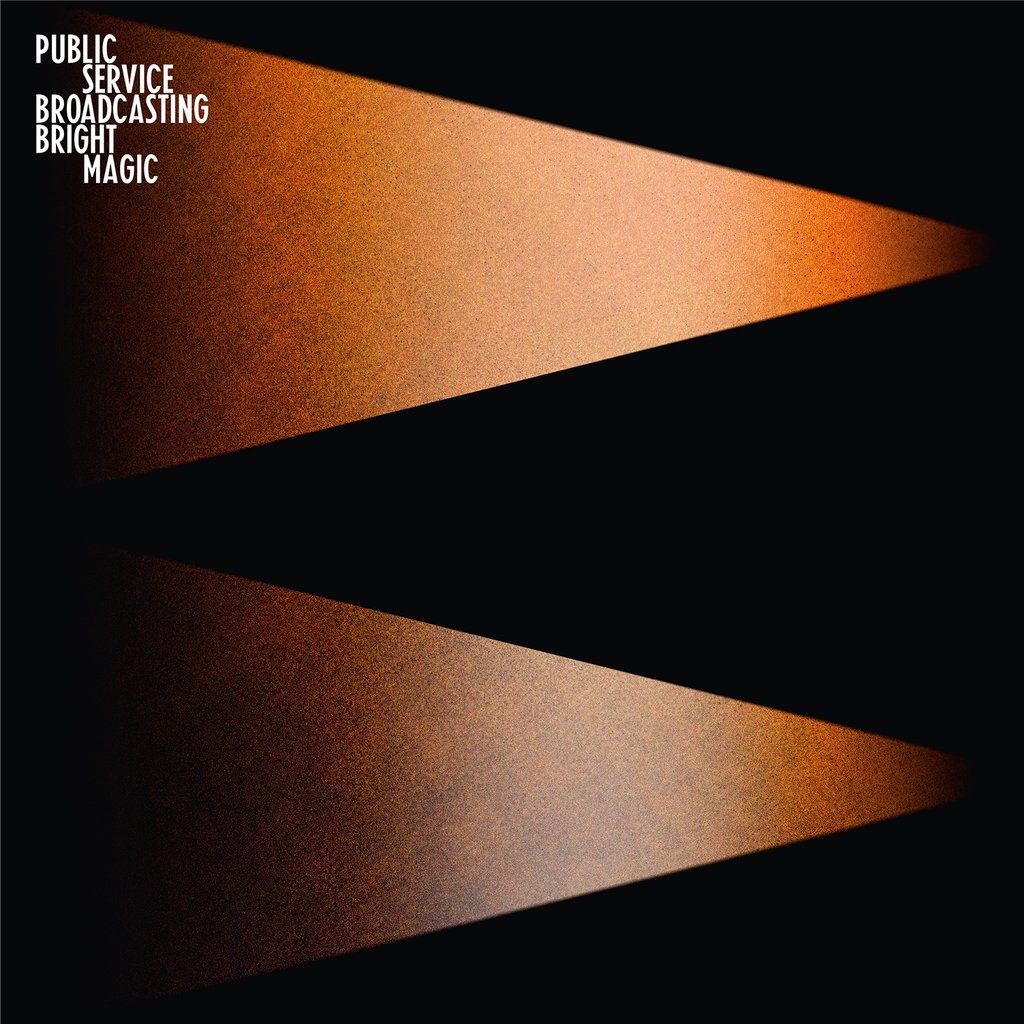 Another nice one announced in the last week or so is the brand new MODEST MOUSE album ‘The Golden Casket’, due from Sony. The CD for this one is due shortly by the end of June, but the vinyl won’t be with us until August 29th.

Demon / Edsel via Proper have a new ‘Best Of’ by PSYCHEDELIC FURS. It is being released as a Deluxe 2CD, or as a standard 1LP Black Vinyl, or a limited Indies 1LP pressed on Clear Vinyl. 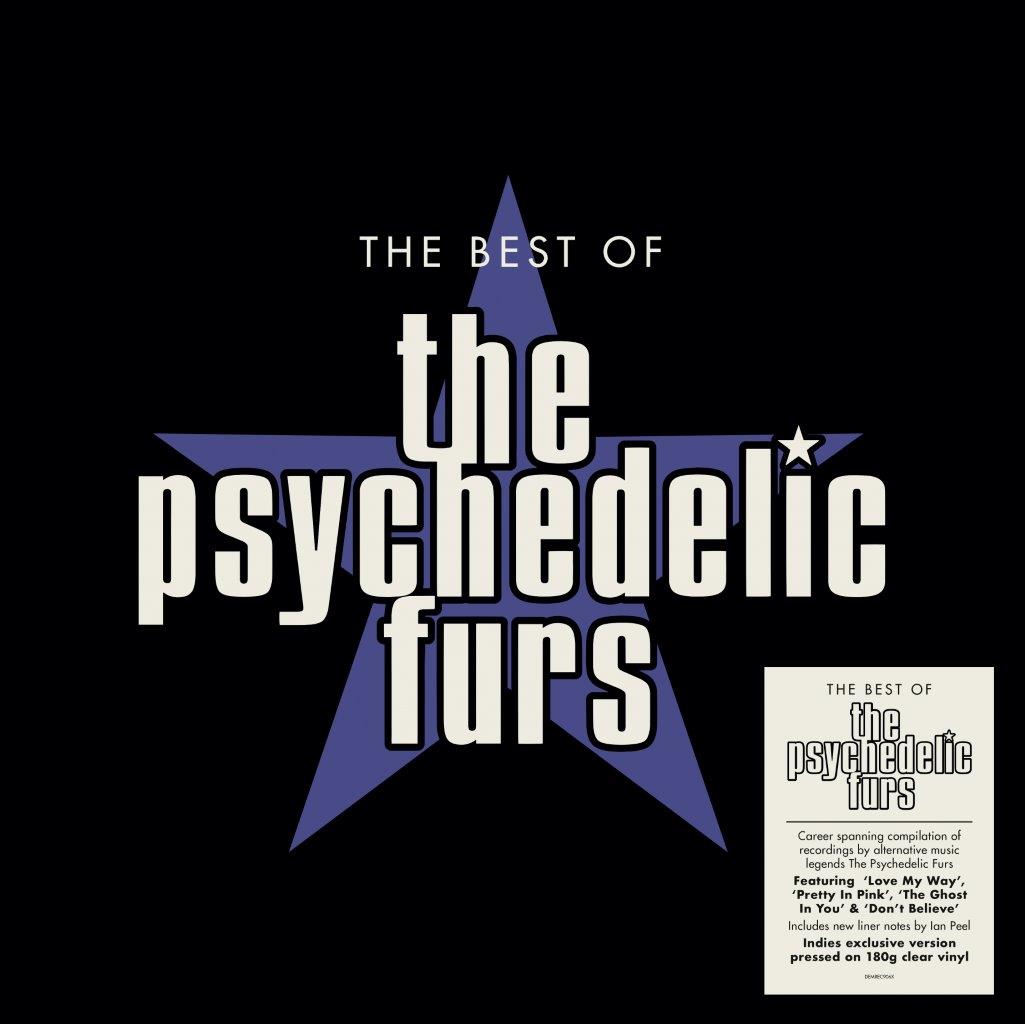 A few other nice bits for down the line include a vinyl reissue of FLEETWOOD MAC’s 1979 LP ‘Tusk’, and MOV have a nice limited, coloured vinyl reissue of ALAN PARSONS’ ‘Time Machine’. On the CD front, there is a new album due from blues guitarist CHRISTONE KINGFISH INGRAM, and also from PICTURE THIS. No vinyl announced for either of these yet.

That’s it from me this week folks, back to the boss-man!

Thanks Bob!
Ok so, last up for today is PIAS / Integral stuff for the 25th of June.. Before I go on about that… I have a growing concern some titles are not going to make RSD Drop 1… There have been quite a few moved to Drop 2 in the last week (nothing too major, bits and pieces here and there) but i’m becoming aware of titles since not in our suppliers warehouses from the pressing plant for Drop 1 releases.. That’s tight with really only 7 working days until the Drop.. I’m sure it will be fine but ROM have not shipped 4 titles as they haven’t arrived to them yet, and Plastichead said yesterday ‘Our RSD Stuff has not arrived to us yet!! quote, unquote… Fill you with confidence?? Yep me too!!

Anyway, Integral for the 25th of June have new albums by DANIEL AVERY, FAYE WEBSTER, HIATUS KAIYOTE, LUCY DACUS’s third album ‘Home Video’ via Matador on CD, LP or Indies LP... There are reissues by THE MELVINS, and 2 nice MY MORNING JACKET reissues on ATO ‘Evil Urges’ and ‘It Still Moves’.. There is the last of the PETER MURPHY reissues and an underground electronic compilation ‘Cold Wave #2’ by the masters themselves SOUL JAZZ Records.. Quite a few above but also three very interesting releases from PIAS / Integral for the 25th of June are by JOHN GRANT, his new album entitled ‘Boy From Michigan’ on CD, DLP and Deluxe 2LP version also.. The record is produced by Cate Le Bon.. Here is the title track.. Visually cracking video..
https://www.youtube.com/watch?v=ecBpAwovikg 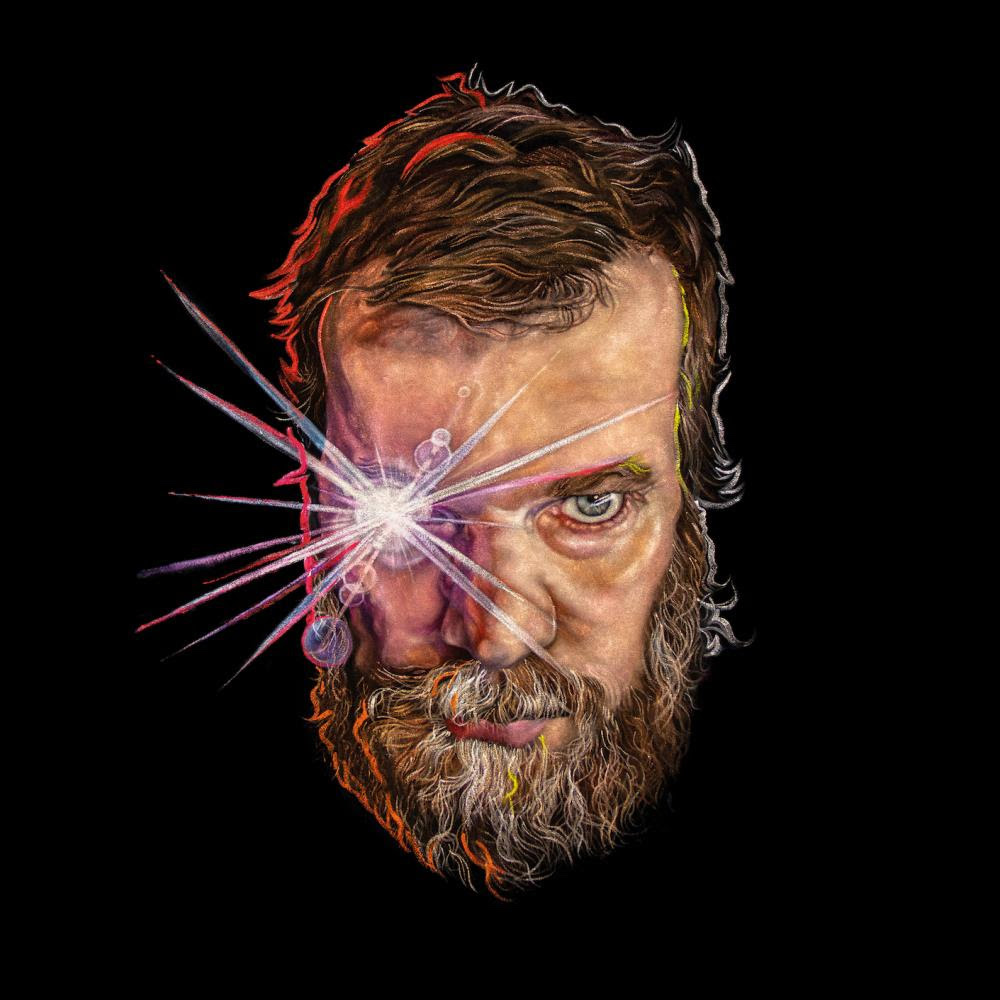 Another fine release is the new ROSE CITY BAND album on Thrill Jockey ‘Earth Trip’, available on CD, LP and Indies Only LP.. Here is ‘Lonely Places’ from the record.. Rose City Band is the solo project of Ripley Johnson from Wooden Ships and Moon Duo..
https://www.youtube.com/watch?v=jZlid1_qb8A

Last but not least for sure on this newsletter is the release from Dublin’s own KOJAQUE on Different Recordings.. The debut album form the hip hop artist entitled ‘Town’s Dead’ and here is the title track from the record.. Social commentary is at the heart of all good hip-hop and it’s here in spades.. Available on CD or LP.. Kojaque is set to play Cypress Avenue down here at the end of November.. Could be a nice one to catch..
https://www.youtube.com/watch?v=15pagtl5C2k 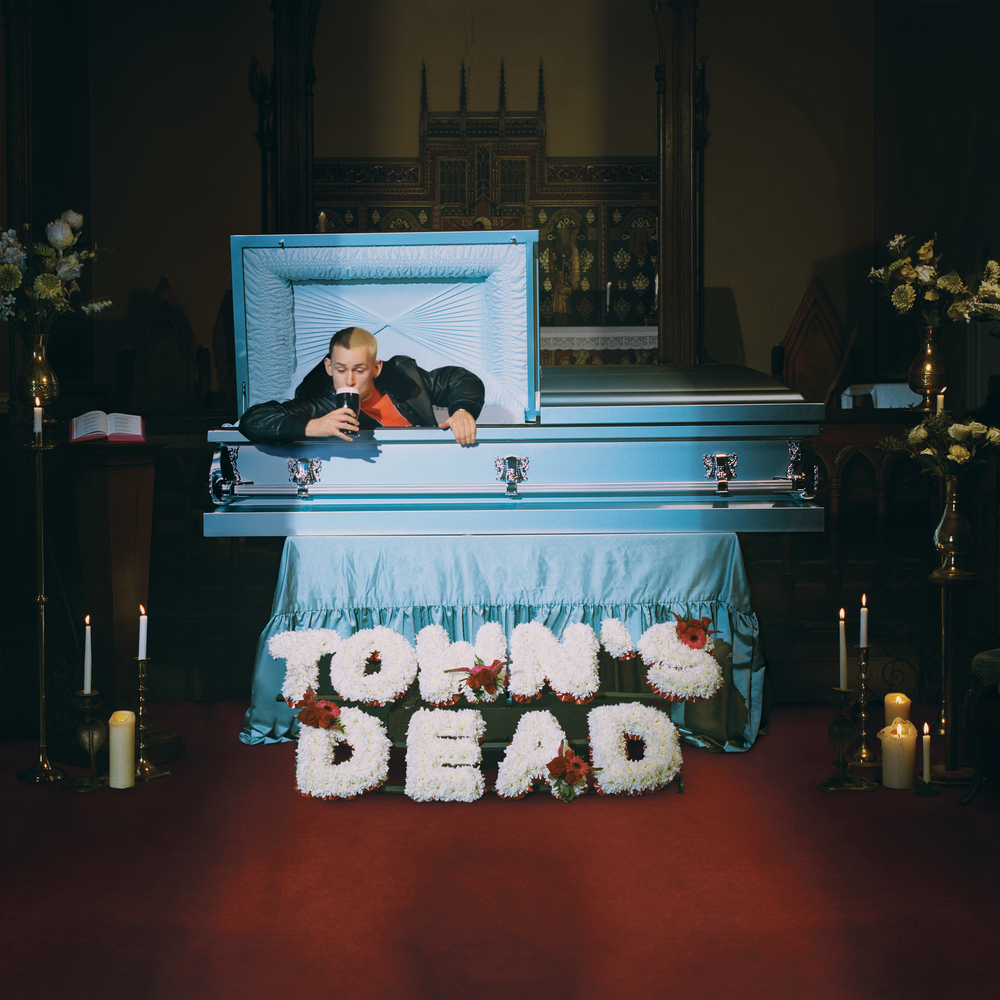 Jusr got word Uni, WEA and Proper RSD releases are on the way.. I’ll study them for any problems but looks good enough fills on first look…

Sin é for this week folks,
Thanks for listening,
Ray, Bobby & Shane,
musiczone.ie