Hey everyone
Hope you are all keeping safe and well.
Last week of myself on newsletter duties, Boss-Man due back from his yachting adventure this Friday!
May be another short and sweet newsletter this week. Half typing this up on Tuesday, and half typing it on Wednesday. Getting the second jab done on Wednesday morning (happy days!) and heading to see Mr. John Blek in the fine establishment that is Coughlan’s at 6:30PM after it. (First time attending a gig since February 2020, which also happened to be Mr. John Blek). May just have to leave all the giving out to the boss-man for next week.

Right we’ll head straight into it. Releases for this Friday the 13th of August up first. We will have new releases by THE KILLERS, SHERYL CROW, JUNGLE, and the new MODERN LOVE Bowie Covers release.. There are reissues by PEARL JAM, NINA SIMONE, SUEDE, TRAVIS, DAN FOGELBERG, CORINNE BAILEY RAE, THE WEATHER STATION, DAVE BRUBECK, TELEVISION PERSONALITIES, HOWLIN WOLF, and JOAN SHELLEY. A quiet enough week, it seems that most of August has been quiet enough on the release front. 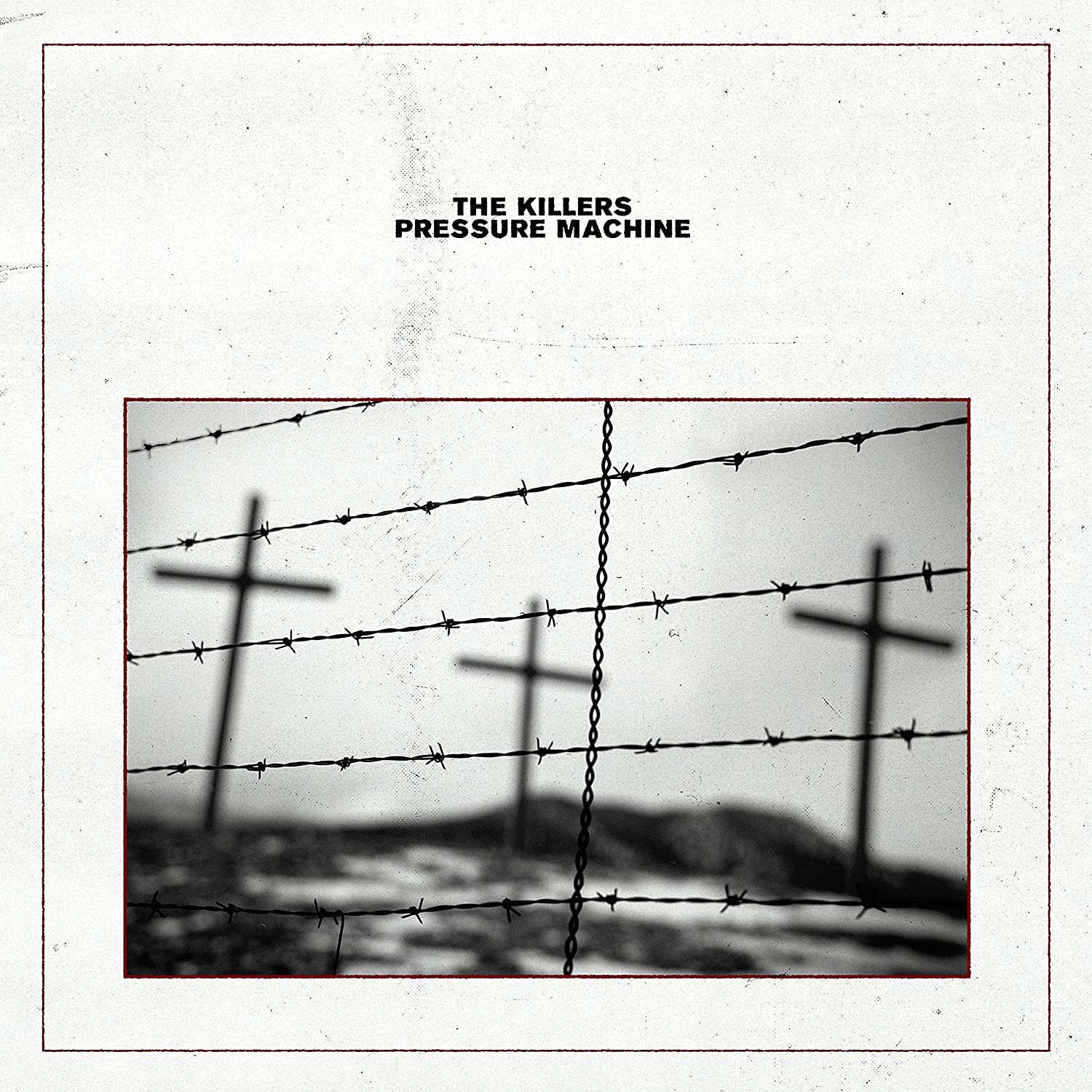 Right so onto release for August 20th. The new releases for the week include the new album ‘Fever Dreams’ by VILLAGERS on CD, Vinyl, Irish Exclusive Vinyl or Indies LP. There are also new releases from LORDE (we have a few copies more of the Indies Exclusive LP. If we have you down for the standard and would like to upgrade to the Indies, let us know and we will sort), ORLA GARTLAND, CHRISSIE HYNDE, JAKE BUGG, MARTIN GORE, MARTHA WAINWRIGHT, JAMES MCMURTRY, SEPULTURA, ALABAMA 3, and the new FEAR FACTORY album gets the vinyl treatment for the first time. There are reissues from JOHN COLTRANE, ERIC CLAPTON, ROYKSOPP, THE KNIFE, OUTKAST, GRANT GREEN, and KENNY BURRELL. On the CD front there are releases from STURGILL SIMPSON and DAVE. 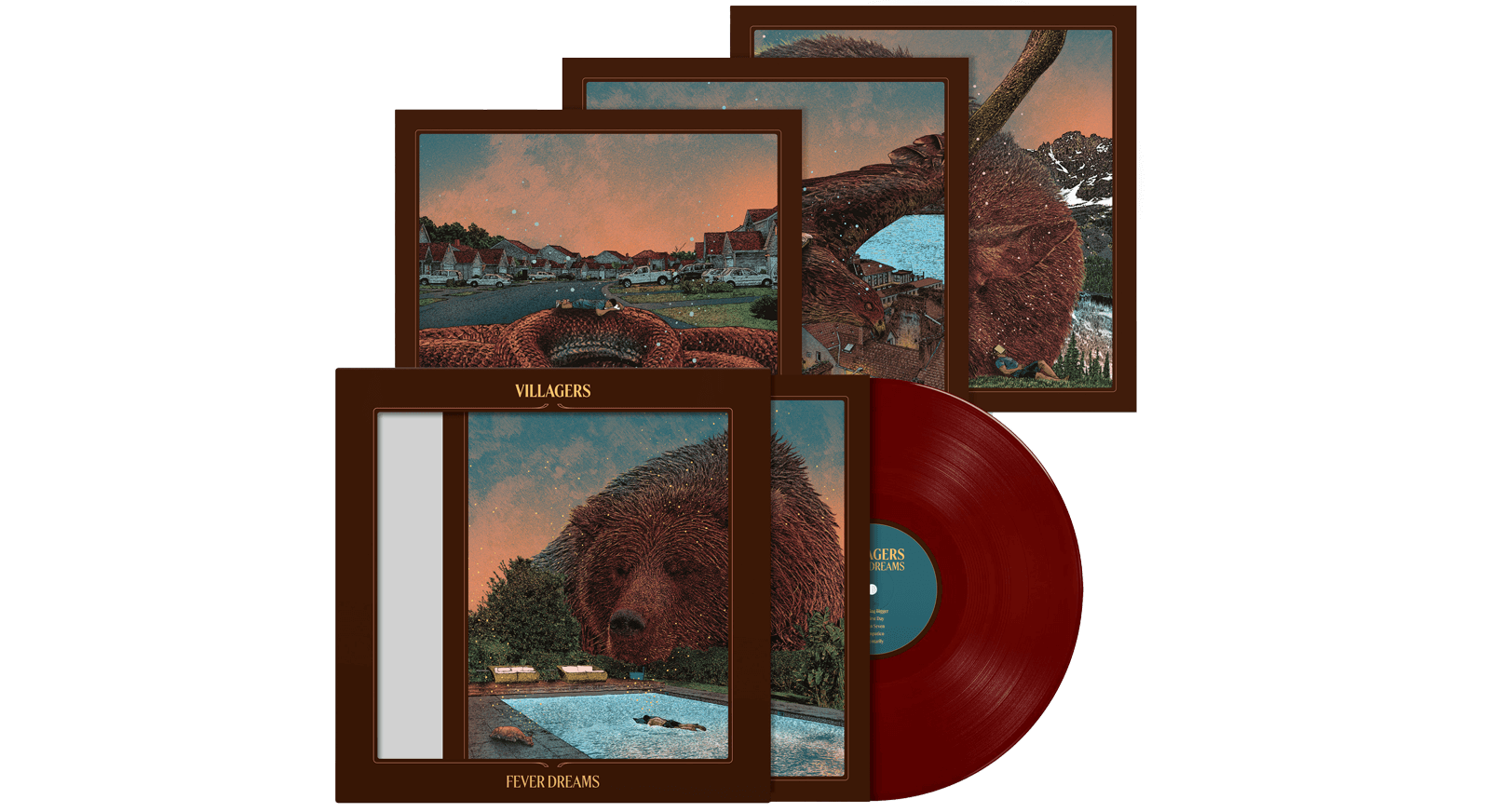 Moving on to releases for August 27th, and definitely the busiest release day of the month. We’ll start with Warner. The biggest from Warner for the 27th is the reissue of the excellent ‘In It For The Money’ by SUPERGRASS from back in 1997 (a great time for music, more on that later). This one is coming as a deluxe 3CD or as a Indies Only Turquoise Vinyl with a bonus 12”. 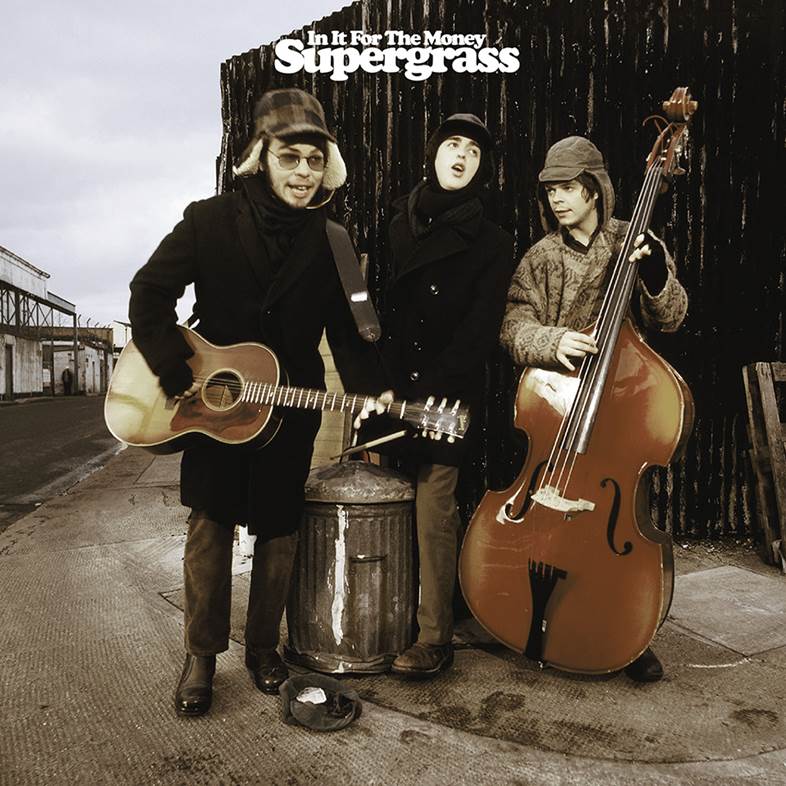 WEA also have the new TEN YEARS AFTER 1967-1974 10CD Boxset which was originally due out in July for the 27th. MARIANNE FAITHFULL and MUDDY WATERS are the next releases in ‘The Montreux Years’ Series with Vinyl and CD releases for both. There is a silver vinyl pressing of PANIC! AT THE DISCO’s ‘A Fever You Can’t Sweat Out’ on the Fueled By Ramen label for release on the 27th through WEA, as is MAISIE PETERS debut release, which is coming on CD or Limited White Vinyl. Finally Warner have the CD reissue of SISTERS OF MERCY’s ‘BBC Sessions 1982-1984’, which was released on vinyl for RSD this year.

Next up is Universal who also have a good few nice releases. First up is the new CHRVCHES album ‘Screen Violence’. Really like this Scottish groups last few outings. Great pop music and always enjoyed the happy synth sound mixed with sometimes quite dark lyrics, always a contradiction I like a lot in music. Latest single ‘How Not To Drown’ features Robert Smith of The Cure. Available on CD, Vinyl or Indies Red Vinyl.
https://www.youtube.com/watch?v=7U_LhzgwJ4U 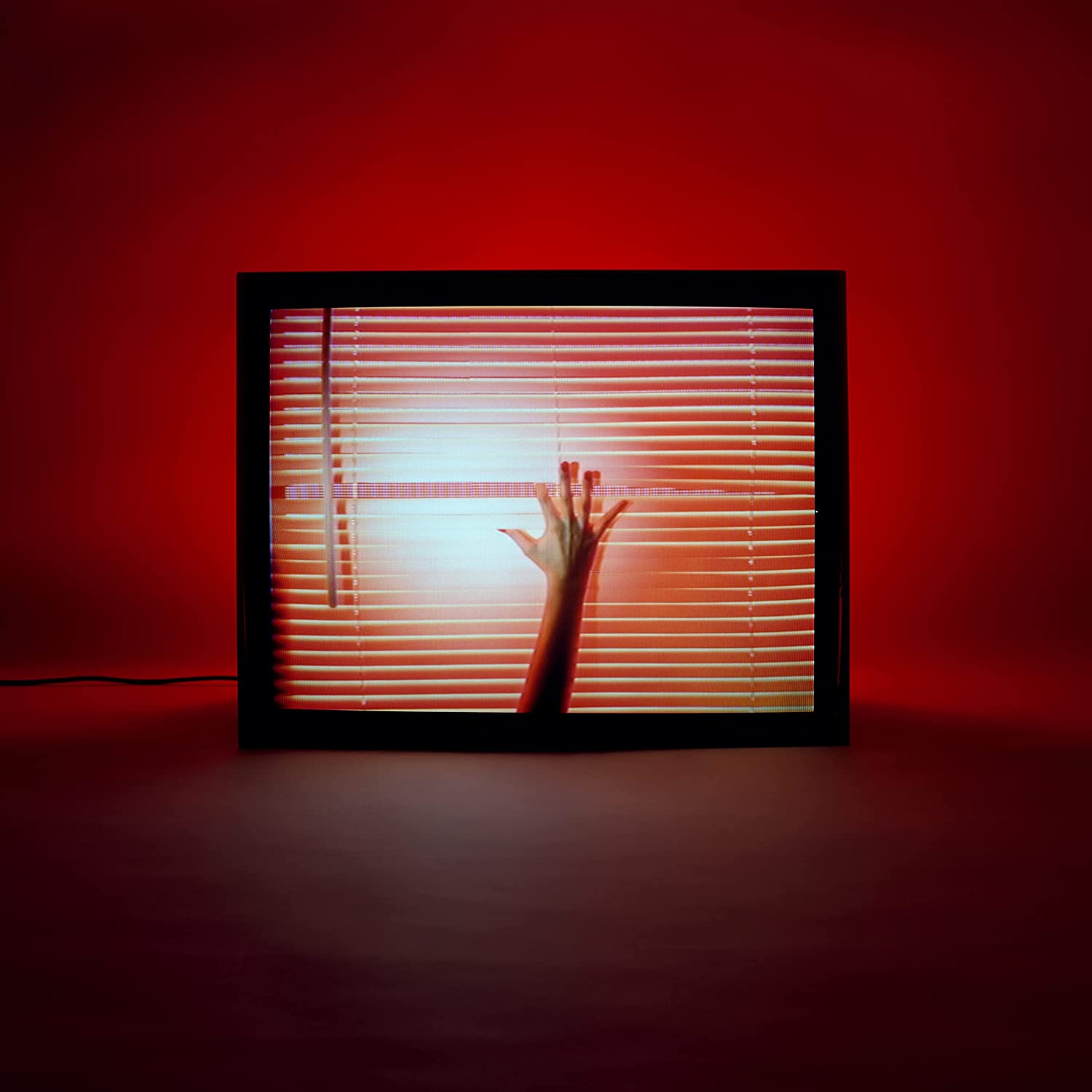 Uni also have the new HALSEY album ‘If I Can’t Have Love I Want Power’ on CD, Vinyl or Indies White Vinyl for August 27th. There is a reissue of SPICE GIRLS ‘Wannabe’ EP for the 25th Anniversary on Picture Disc vinyl or Cassette, both very limited. Uni also have the 15th Anniversary reissue of THE KOOK’s ‘Inside In, Inside Out’, featuring 13 previously unreleased tracks, coming as a 2LP vinyl or 2CD. There is a new BEACH BOYS collection due from Uni on the 27th, entitled ‘Feel Flows: The Sunflower & Surf’s Up Sessions 1969-1971’, and is released as a 2CD, 2LP, 4LP Set and 5CD Set. The collection is based on the landmark 1970/1971 albums ‘Sunflower’ and ‘Surf’s Up’, and all formats feature a host of unreleased and rare material, as well as the 2019 remasters of each album. 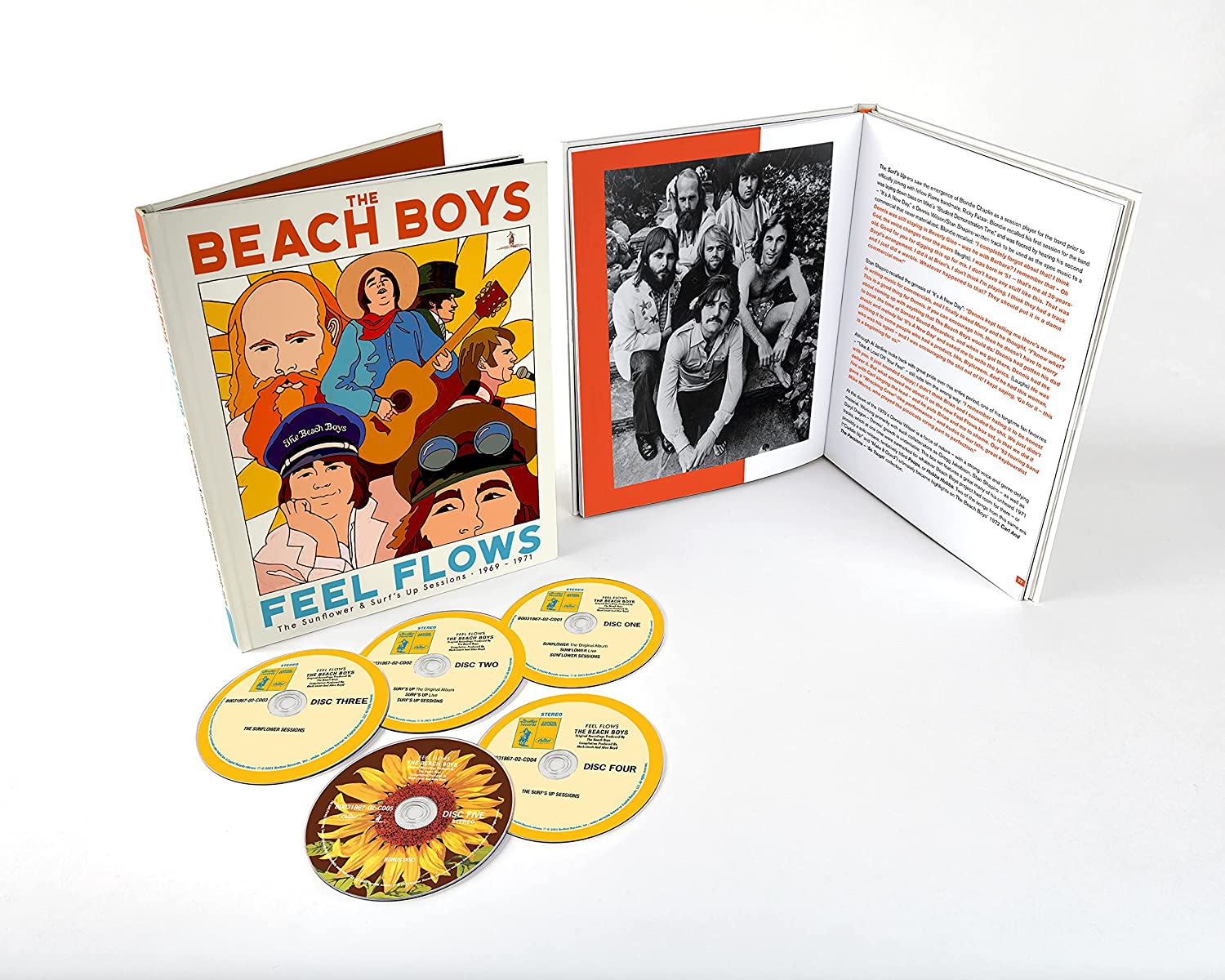 Last couple from Uni for the 27th include the vinyl release of the latest J COLE album ‘The Off Season’, and a new ONE REPUBLIC album (CD only for now) called ‘Human’. Lastly from Uni there is a vinyl reissue of ‘Trio 64’ from BILL EVANS on the Verve Label. Only about 25-30 quid more expensive than when we last had this on vinyl a few years back. Did I say no giving out this week? …Sorry!

Cargo for the 27th have a non-album material compilation LP from the mighty GOAT entitled ‘Headsoup’, on clear green vinyl with a bonus 7”..

Moving on to The Orchard releases for August 27th. JORJA SMITH’s newest EP ‘Be Right Back’ get’s its vinyl release after coming out on CD earlier in the summer. There are two BORIS reissues coming via Third Man Records of ‘Flood’ and ‘NO’ standard or indies only vinyl. There is a new ENTER SHIKARI release, ‘Moratorium (Broadcasts From The Interruption)’, a home sessions / acoustic live album which was recorded on YouTube and other various platforms throughout 2020 and 2021. There is a new album from THE NEAL MORSE BAND, their fourth entitled ‘Innocence & Danger’ on a few different formats, and finally there is a couple of CHILDREN OF BODOM coloured vinyl reissues of ‘Hatebreeder’ and ‘Something Wild’. We don’t have these set up on the site yet so if looking for anything pop us a mail at shop@musiczone.ie and we can note in the order book for you!

Right, busy one August 27th to be fair!

Onto a few down the line bits announced in the last week. It’s not been too busy but a few good’uns!

We’ll start with the biggy. A 250,000 people biggy. The biggest gig in the UK up until that point (not sure would there be many bigger since either). 2 shows, quarter of a million people over two nights. Apparently there was enough demand to sell out 7 nights. I am of course talking about the legendary OASIS ‘Knebworth 1996’ gigs, getting their first ever official release for the 25th Anniversary on November 19th, to go with the release of the brand new documentary on the gigs which is in cinemas in September. As mentioned earlier, what a time for music. Support from the day includes The Manics, The Prodigy, The Charlatans, Ocean Colour Scene, The Chemical Brothers and more. Wouldn’t get a line up like that today! And the headliners. A band, on their second album, 3 years into their career, having become that huge. Will it ever happen again on that scale? My guess, with t’internet and how accessible music has become is that it will be very very difficult for a band to ever do it that quickly, and get that big again. But an iconic moment. So get on with the release Bob! There are a few formats, there is a BluRay, a 3DVD (both of these formats include both the Oasis gigs and the documentary), a 2CD of the gigs, a deluxe 2CD / DVD (includes the documentary), and a 3LP Vinyl Record pressing. Looking forward to hearing this a lot, and seeing the documentary. A legendary gig. Here is the trailer for the documentary :
https://www.youtube.com/watch?v=CPVyla5Jz9M 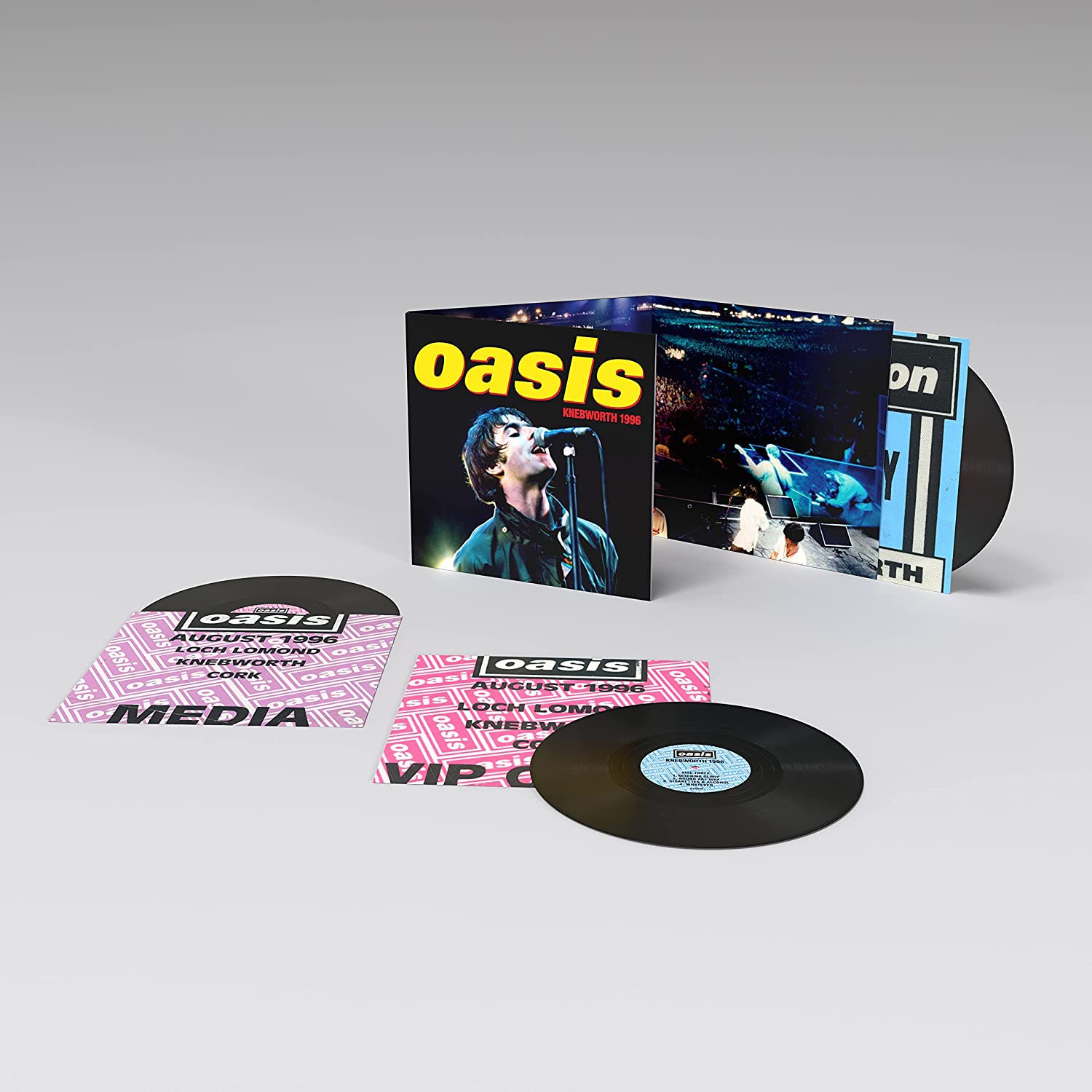 Next up, one not too far down the line (and CD is out already). Now up on the site for vinyl release for August 20th is the new JOHN FRANCIS FLYNN album ‘I Would Not Live Always’, out via Proper / River Lea records. Great Irish folk music here from the debut album Dublin singer. John is a member of celebrated traditional group Skipper’s Alley and is joined here by bandmate Ultan O’Brien for the album. You can check out a live version of track ‘Lovely Joan’ below :
https://www.youtube.com/watch?v=Tg3SdXTr9Vo

Final couple for down the line releases include a lovely 6CD or 11LP box set from MARK KNOPFLER ‘Studio Albums 1’, which has the first 5 solo album from the Dire Straits front-man and a B-Sides compilation for the same era. There is also the brand new, 10th studio outting from BILLY BRAGG, entitled ‘The Million Things That Never Happened’ due out in November on CD, Vinyl or Indies Exclusive Transparent Green & Blue Vinyl. JAMES BLAKE returns with a brand new album ‘Friends That Break Your Heart’ out via Uni on CD or Vinyl on September 10th. There is also the announcement of a special Limited Edition CD version of the new COLDPLAY album ‘Music Of The Spheres’, to go with the exclusive splatter vinyl format and standard CD out October 15th. 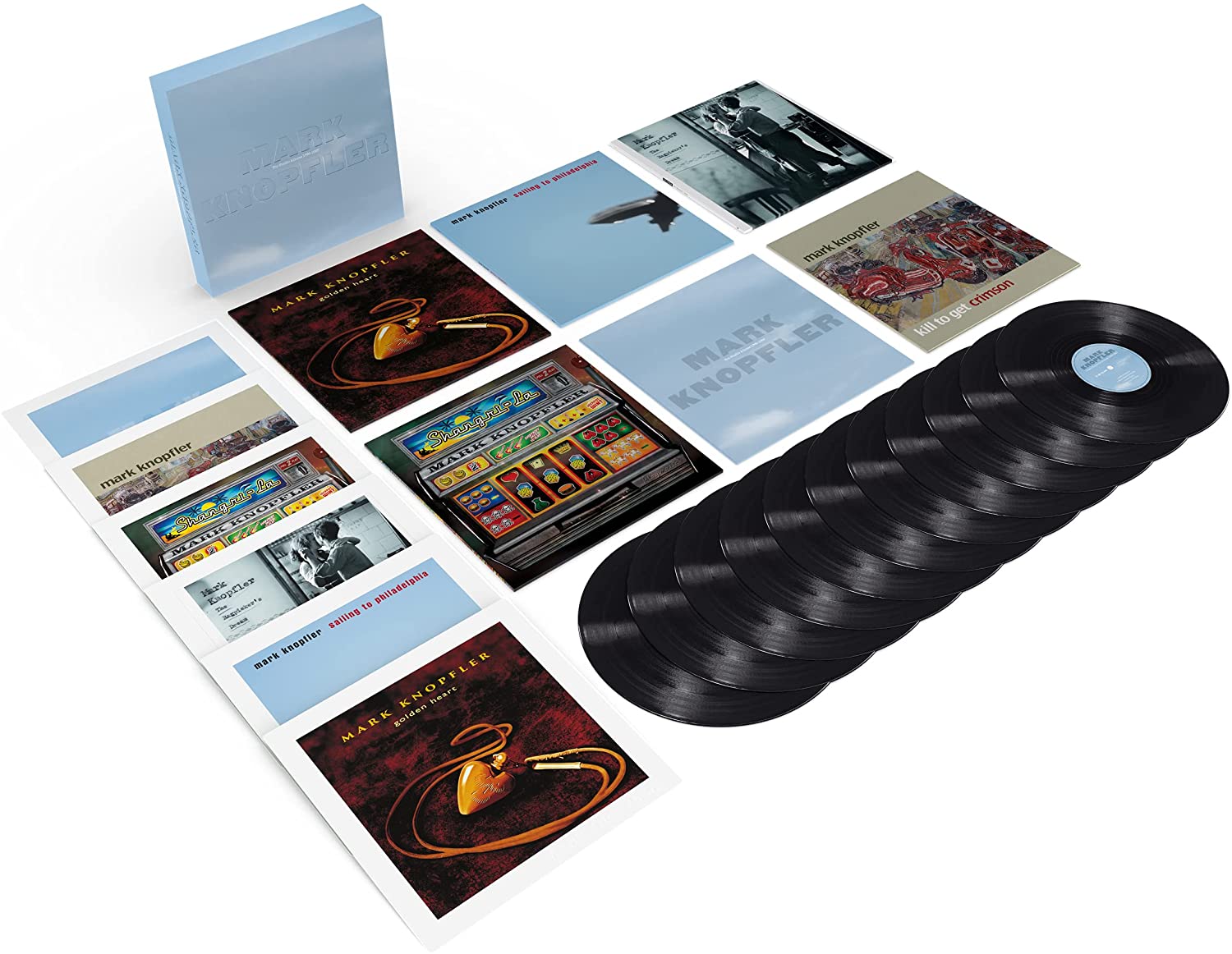 Right quickly onto PIAS for September 3rd, who have the GRIZZLY BEAR Indies Clear vinyl reissue of second album ‘Yellow House’ for the 15th Anniversary. Standard vinyl also available on this one. They also have a reissue of AMON TOBIN’s ‘Out From Out Where’ on Opaque Gold Vinyl.

Right so, sin sin from me folks. Boss-Man back in the siopa on Friday, and back on newsletter duties next week.
Thanks as always for listening, hope everyone has a good week.
Oh one last thing. Just got a call from the Boss-Man. Didn’t want to talk about the shop at all, only wanted to talk tickets! He is asking if there is anyone out there who would happen to have access to a ticket (or two!) to the All Ireland Final, if there was any chance at all you could pop him and email at shop@musiczone.ie it would be absolutely magic. No harm in asking, no shop talk until Friday he says though!
Thanks everyone,
Bobby, Shane & The Boss-Man
musiczone.ie