Hi everyone,
Hope all is well enough folks and ye are keeping safe and well… I believe the RSD 2021 Lists are being announced / let loose tonight so we hope to send you a list this evening also and next week we will send ye a more detailed lists with record companies and prices etc, and will ask ye for your wish lists.. I’ll explain in more detail next week..

Anyway, Releases for this Friday April 9th include the fabulous new record by DECLAN O’ROURKE.. Great songs through out and we have a lovely competition around the release of the album.. Bobby has the details here :

We are delighted to team up with the excellent Declan O’Rourke for the launch of his brand new album ‘Arrivals’, released on April 9th through Warner and East West Records.
We have three great prizes up for grabs to anyone who pre-orders the new album with us at Musiczone.ie!
Prize #3 – A Signed CD copy of the album
Prize #2 – A Signed Vinyl copy of the album
Prize #1 – A Private Virtual Meet & Greet with Declan, for a quick chat and a performance of a new track from the album for one lucky winner / winners household. 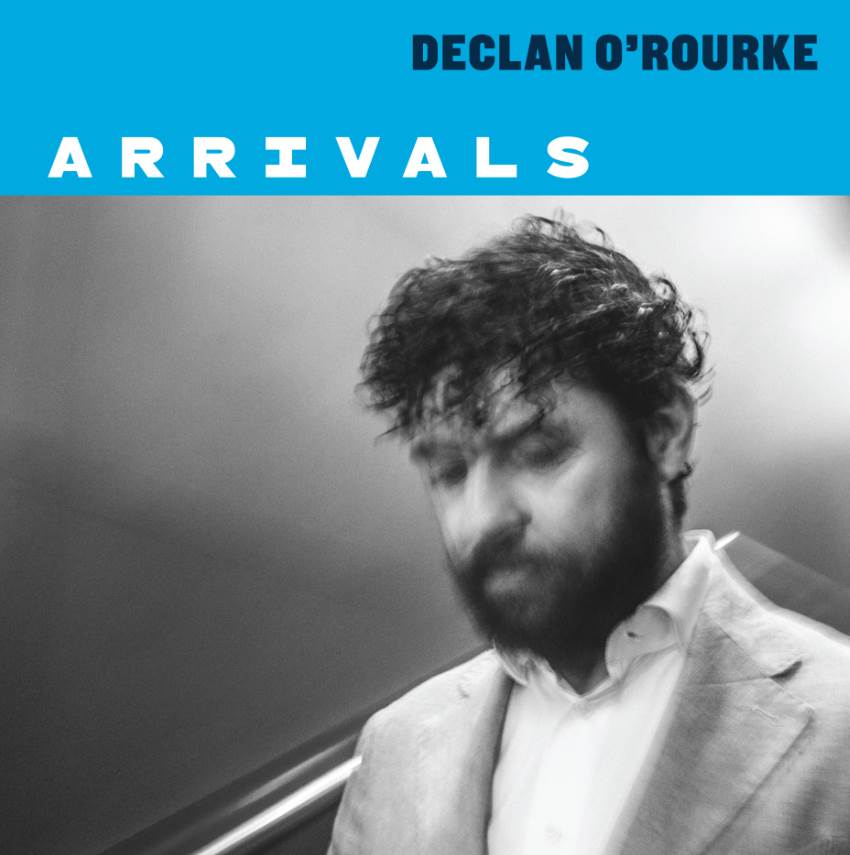 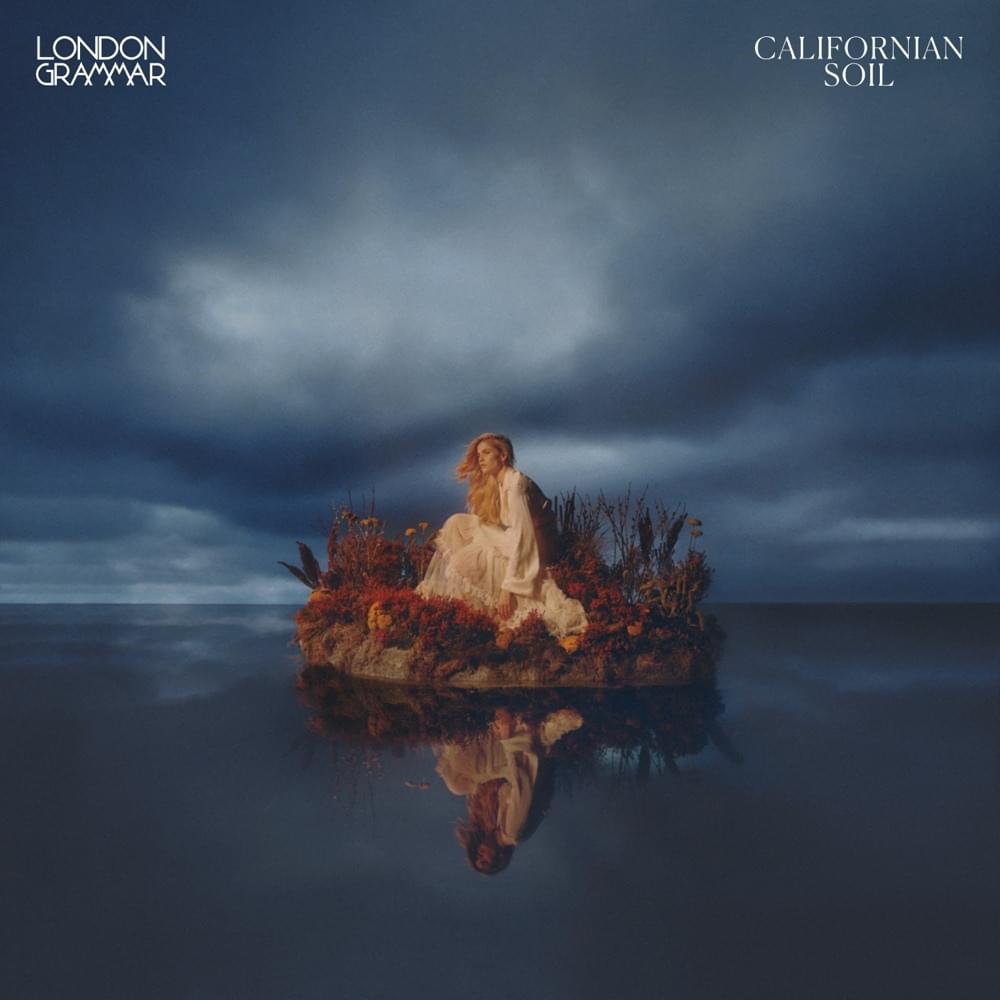 I suppose we are all hoping to be coming to an end of the really restrictive Covid guidelines soon… This has been the hardest lockdown (most severe) of the lot for the good siopa.. We are in week 15 of website / post only, during the very first lockdown we were back to call & collect after 6 or 7 weeks and back open to the public on June 11th after closing on 14th March.. So this one is going on.. But hopefully nearly there and the carpark in the sunshine looks glorious!! Ye’r faces will even look glorious and that is saying something!!

Anyway onto releases for the 23rd of April and Uni have the 50th Anniversary of LENNON’s ‘Plastic Ono Band : The Ultimate Mixes on 4 physical formats.. There is 6CD / 2 BluRay audio discs in the super deluxe boxset.. Everything in the box is newly mixed from brand new 192KHz / 24 Bit Hi-Res transfers.. The set is made up of 159 tracks, of which 87 have not  been heard before.. There is a 132 page hard back book plus more like poster, photos etc… There is also an expanded 2CD or 2LP version that adds a bonus disc of outtakes of each song.. Standard 1CD also… 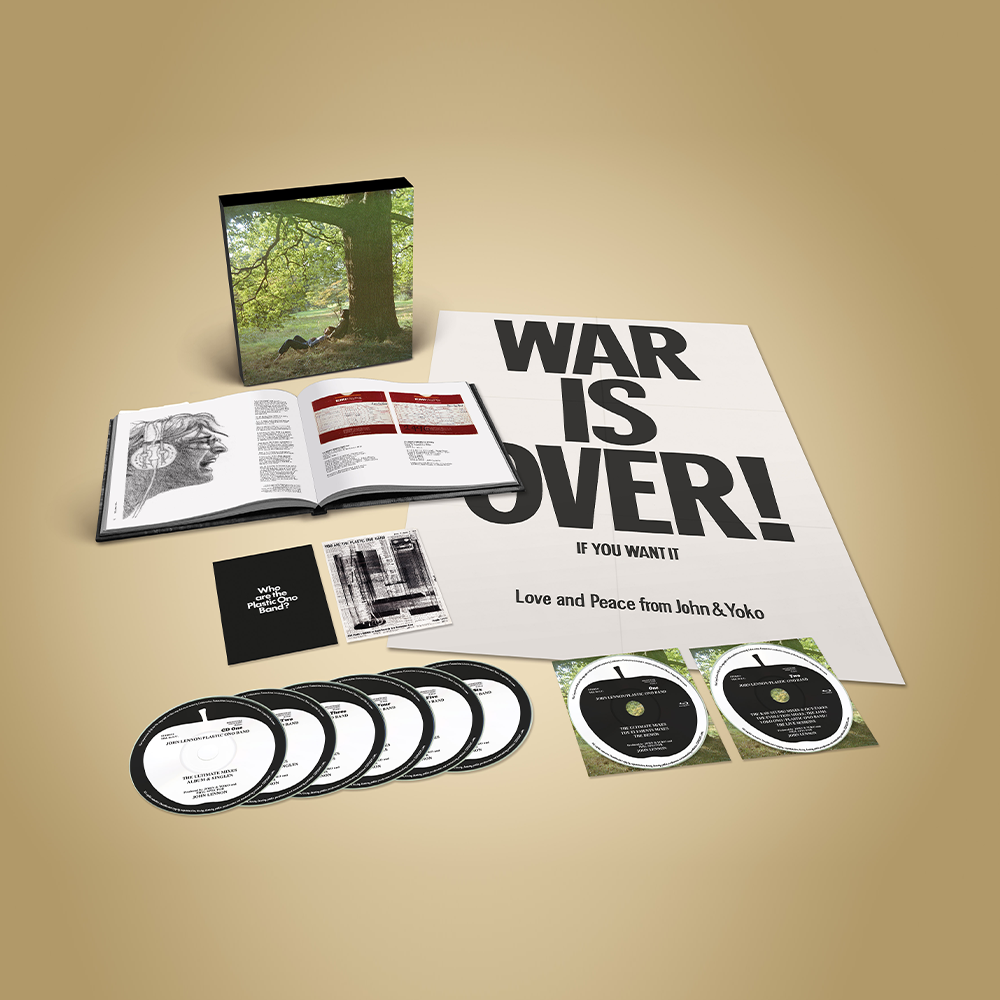 THE WHO also release a boxset of ‘The Who Sell Out’... Some would argue The Who’s greatest achievement.. There is a super deluxe box with 116 tracks, 46 unreleased.. 80 page hard back full colour book and also contains 9 posters, an 8 page programme amongst other stuff.. There is a 2LP deluxe vinyl with album and extra highlights from the boxset and a 2CD edition also..

Uni also have new albums by TOM JONES and PETER FRAMPTON, and there is a reissue of MANCHESTER ORCHESTRA’s ‘A Black Mile To The Surface’ on Loma Vista, pressed on limited transparent red 2LP vinyl.. Here’s ‘Gold’ from the album’. Good band these are.. New album coming later this year.. Good album this reissue..
https://www.youtube.com/watch?v=qaeWss85_vg


Warner for the 23rd of April have the deluxe reissues of THE SELECTER’s ‘Too Much Pressure’ as 2LP, 3CD or limited 2LP / 7” on clear vinyl though ADA.. Warner also have a new collaboration between TOUMANI DIABATE & THE LONDON SYMPHONY ORCHESTRA called ‘Korolen’. Here is ‘Hainamady Town’ from the album released through World Circuit Records
https://www.youtube.com/watch?v=PXKAWgRHerI

There is a savage MARS VOLTA 18LP Boxset released on the 23rd of April on Cloud Hill Records.. A vinyl only format.. No other way to hear it (no better way a lot would argue).. It’s on no other formats or platform.. 5000 in the world.. We will have a couple.. Warner are also releasing MOTORHEAD’s ‘Louder Than Noise : Live In Berlin’ from 2012 on 2LP or CD/DVD... Warner also have SIA’s ‘Music’ OST on vinyl release, JOSH GROBAN’s ‘Harmony’ vinyl release and last but certainly not least a 2CD reissue on Nonesuch of EMMYLOU HARRIS’ ‘Wrecking Ball’. 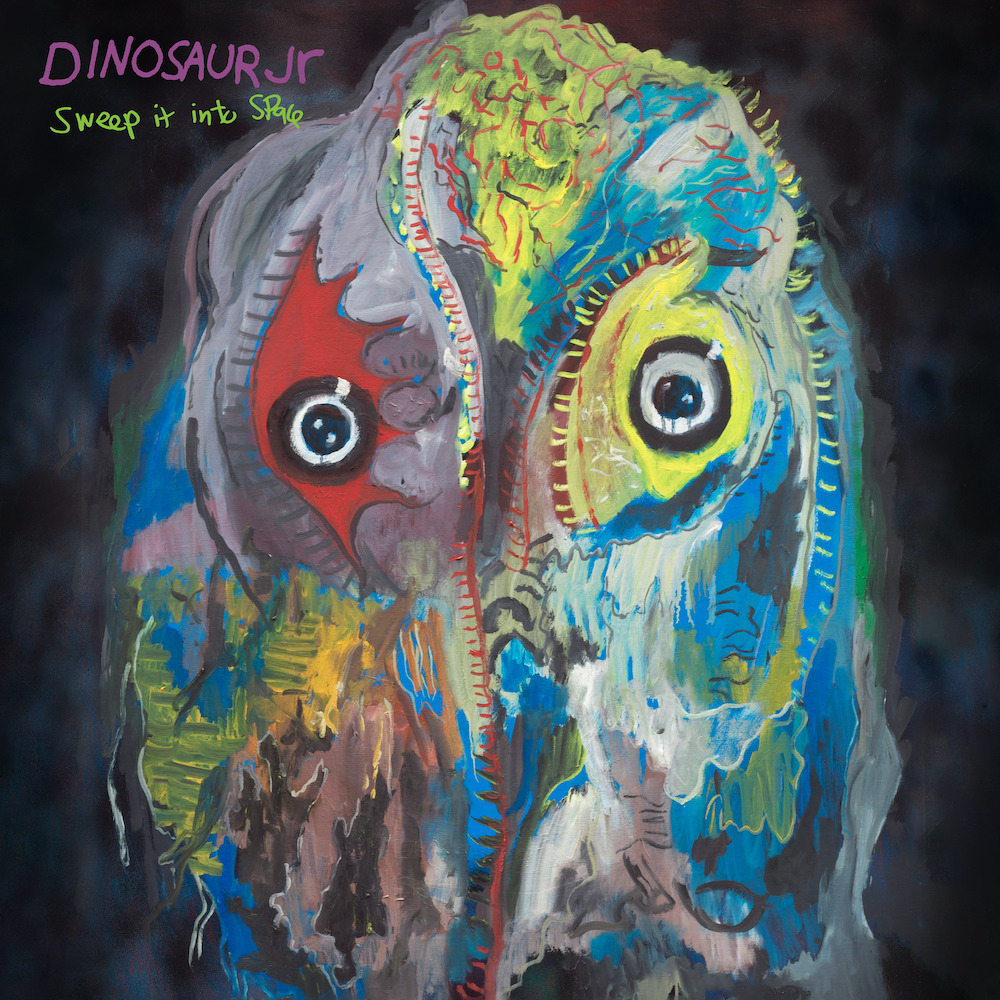 Sony for the 23rd of April have the vinyl release of the ZARA LARSSON album ‘Poster Girl’.

The Orchard for the 23rd of April ave the first of the SPIRITUALIZED reissue series with the debut ‘Laser Guided Missiles’ on Fat Possum.. These are 180gm doubles mastered from a half speed lacquer cuts from original sources.. There is a limited white vinyl version we were told 4/5 weeks ago that we were being allocated 15 copies of this one.. Only yesterday we were told that quantity could be in doubt.. it is a bit wishy washy.. I am trying to find out the definite number.. Definite number is crucial for me so we don’t oversell and look like plonkers.. Allocations are a part of the game with limited stuff, it’s  important it is then fulfilled or we look like amateur hour.. They are frustrating for everyone involved also.. We were allocated 44 copies of the My Bloody Valentine vinyl last Tuesday across the 6 vinyl variants.. We would have sold 244 i’d say which is frustrating for us as a siopa and obviously very frustrating for loyal, good customers to not get copies either… Part of the game i’m afraid.. Bobby has a allocated one for later for PHOEBE BRIDGERS again so we will pop them up on the site and if you want it, buy it there i’d suggest… (Pick Up In-Store option if you like for us to hold one).. It’s the easiest and fairest way for the uber limited where the is demand… Sorry!!

I think I captured most of the releases for the 23rd Bob, if I missed any you might add them in please sir.. I’ll hand it over to you now to help these good people release some dollars if you can run through any announcements over the last 7 days..

Hey folks,
Hope all is well with you all.
Some really nice bits up on the site since last week. We’ll start off this week with the announcement of the debut record from INHALER, some Dublin band, singer may have a famous parent, not too sure. ‘It Won’t Always Be Like This’ is the title, and it is released on CD, Vinyl or a nice Irish Exclusive Green vinyl with an alternative cover. Got to see the lads in Cypress Avenue a few years ago, cracking gig to be fair. Some very catchy tracks. I see that they are back in December 2021 again, so fingers crossed that will get to go ahead! 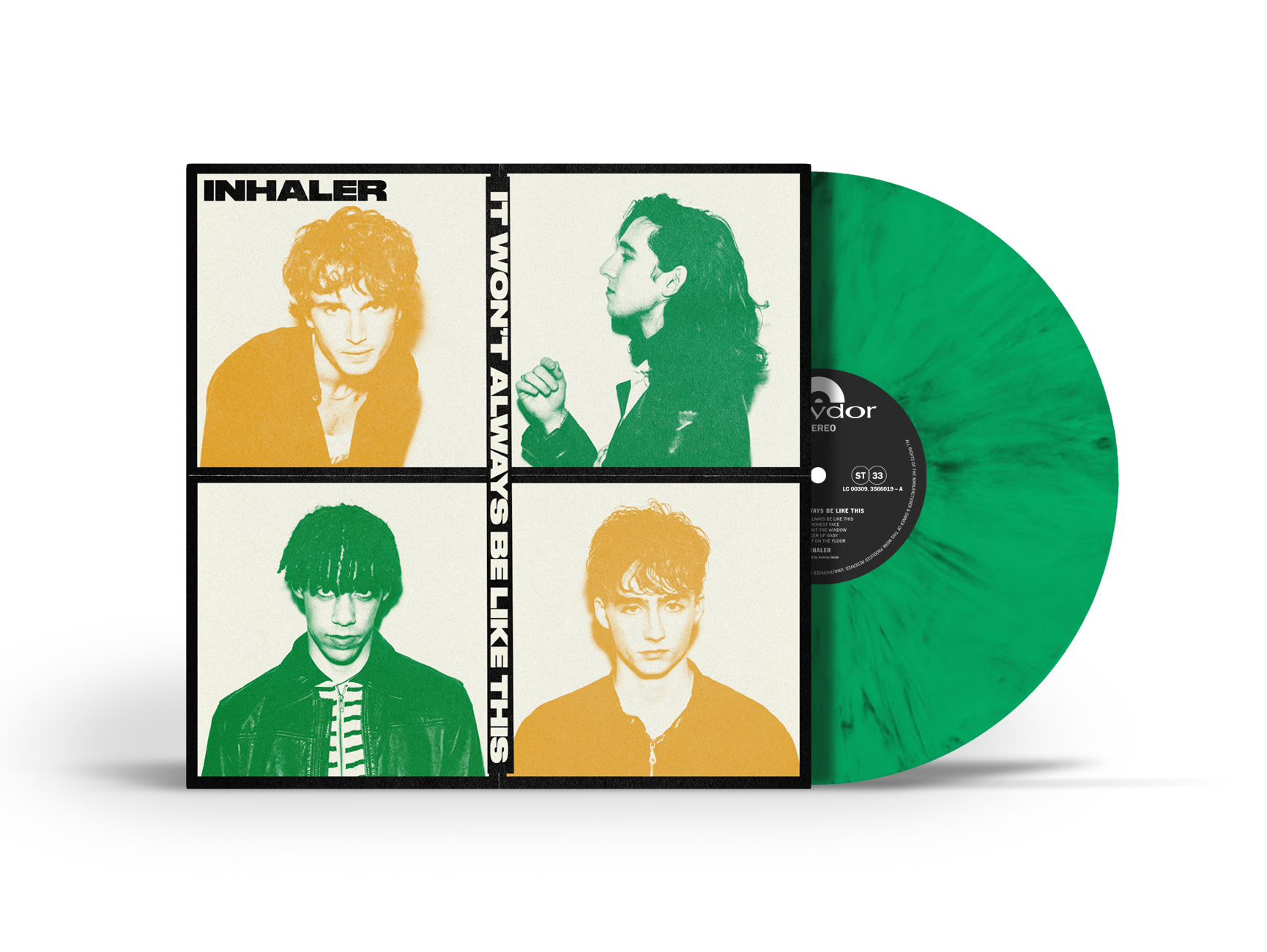 As mentioned earlier there is a new PHOEBE BRIDGERS release coming in May in which we have been only allocated a small amount. ‘Copycat Killer’ is the title and it’s a new 12” EP on standard black vinyl or Indies Only coloured vinyl. It contains 4 new versions of tracks from the excellent ‘Punisher’ record. Unfortunately it’s fastest fingers first again, up on the site now. 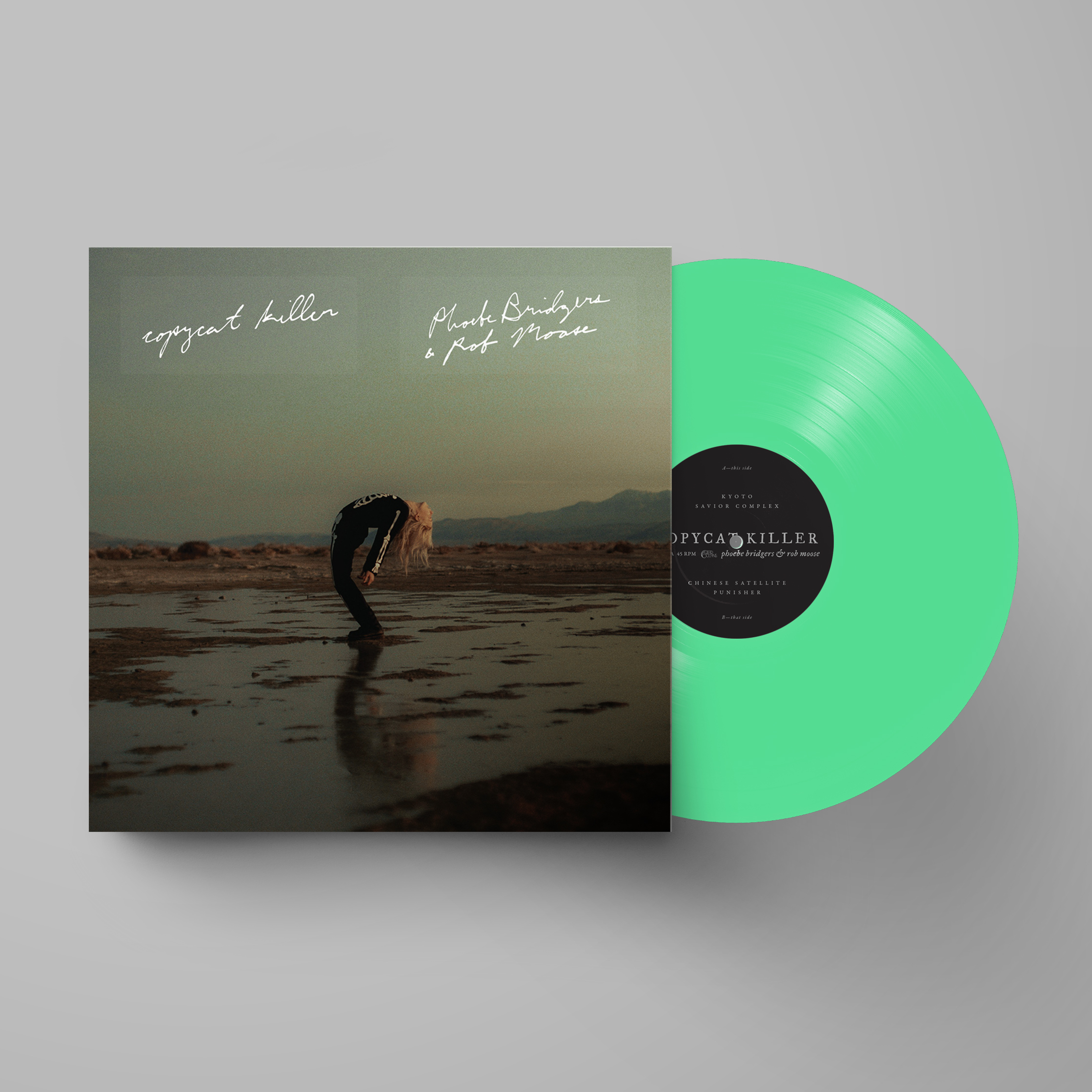 Another we have been given an allocation for is the reimagined version of PAUL MCCARTNEY’s ‘McCartney III : Imagined’, some serious guests on this release. Beck, St Vincent, Khruangbin, Damon Albarn, Josh Homme, Phoebe Bridgers and more. There is a CD, standard vinyl, and the limited gold indies only vinyl, which has been allocated. Unfortunately also a pricey release.

A few other nice bits now up on the site for pre-order include a 3LP or 3CD release of AMY WINEHOUSE’s ‘Live At The BBC’, and new MOBY record (including a indies only vinyl), an Abbey Road Half Speed reissue on 12” and 7” of THE SPECIAL’s ‘Ghost Town’ released for the 40th Anniversary of the track, and finally MICK FLEETWOOD & FRIEND’s concert of ‘Celebrate The Music Of Peter Green & Early Fleetwood Mac‘ on a host of formats including a deluxe box set.

That’s it from myself for this week,
Back to the boss-man!

Thanks a mil Bob. Right PIAS for the 30th of April have the new ADRIAN CROWLEY album on Chemical Underground on CD or LP.. It is called ‘The Watchful Eye of the Stars’.. I think it is the Galway native’s 9th album now.. A fine catalogue of work he has built up.. John Parish produces this latest offering.. Here is ‘Northbound Stowaway’ from the record.. Fine song isn’t it..
https://www.youtube.com/watch?v=m3uPhJ2Dtvg

PIAS alos have some CAN vinyl reissues on coloured vinyl via Mute Records.. ‘Delay 1968’ and ‘Future Days’ get the vinyl reissue treatment here… PIAS also have the new DROPKICK MURPHY’s album ‘Turn Up That Dial’ on CD, Deluxe Pink / Green Swirl Vinyl with 7” and Flexi and also a more standard vinyl.. 10th Studio album by the Boston rockers and the theme of the record is the importance of music in all our lives.. Here here… Here is ‘Middle Finger’ from the album..
https://www.youtube.com/watch?v=L_0v8bnpnP8
Cracking isn’t it.. Heavy Pogues vibes going on there.. PIAS also have new ones from LEON VYNEHALL on Ninja Tune and new Wollny & Parisien & Lefebvre & Lillinger release on Act Records..

If we get the RSD UK List.. Critical that part.. 2 Different Lists.. The USA list has stuff on it that won’t be available to us so NB it’s the UK list.. I think Brexit could / will cause me problems with RSD this year but that’s a battle for another day!! I’ll definitely keep ye updated..

Anyway,
Sin é for this week folks,
Sorry add on!!
Just got the RSD Lists so Bobby will share at 6PM below (it’s 13:57 now) and I was just going to send him the newsletter to make it pretty and the list came in… Feel free to email us a wishlist if you want but no immediate rush if you want to wait for the prices which we will be sending out in the next week or two.. NB NB WISH LIST.. It is not a guarantee.. NB not a guarantee by any means but it does allow us to do our best and fight for enough of the titles you have wish listed.. NB NB though it is not a guarantee and NB we can’t put anything away..
Rather than coming back to us now with the wish lists, if you want to wait until we send out the lists with prices over the next week or two, it would suit us a bit better as ye will know the prices.. there’ll be no disadvantage in waiting for the prices, we will let you know when we have to have them in.. More on it next week…


Also just got an email that I should be getting some / all I think of the SAULT records and cds soon enough so will get links up on site for next week.. They are a tad expensive…