Hope the form is good and all is well.

My weekly update on RSD to start with, the day is just 10 days out now, at this point I haven’t been made aware of any more major cuts other than the ones I mentioned last week…hard to manage them to be honest as release dates keep moving…..right here’s the latest

All of these titles are now gone to the June drop…

We are trying our best to keep an eye on everything, but with over 400 titles it can be tricky!

Probably more on RSD as the newsletter progresses!

Just got news there now at 11am on weds that both BETH ORTONS and the DEACON BLUE RSD releases are now moved to the 18th June drop…all i can do is give the info folks. 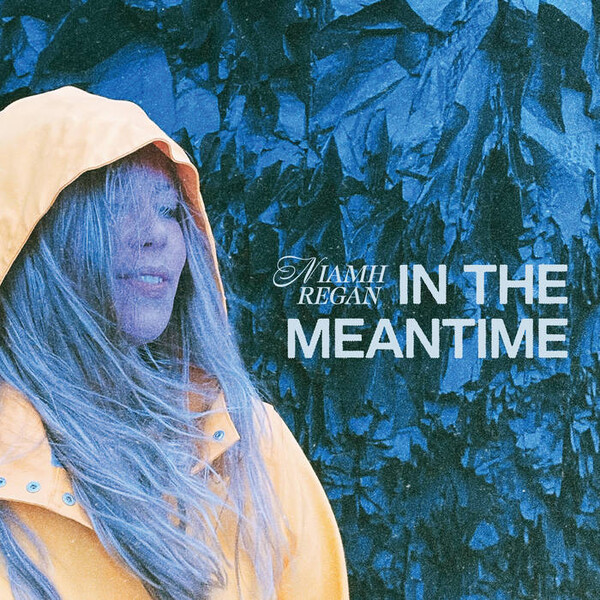 Right, we are delighted to have got some CD copies of the new Niamh Regan EP “ IN THE MEANTIME” …four brand new tracks, excellent they are…Niamh is a special talent.

Here is “ late nights” from the new EP

Nine days left to enter our FONTAINES DC competition also …be in with a chance to win a signed print or a fab signed test pressing!…links to the various formats here to enter ( no purchase necessary either to enter).

Here is a nice little video from Conor Curley guitarist with the band about pre ordering the album….nice one Curley!Video

Right so, this Friday the 15th we have new albums in the siopa by

THE POLICE ,  The Velvet Underground: A Documentary Film  , KURT VILE

Right so the main focus is the 29th of April this week….RSD hangover but no let up for ye!!…As I said to a lad yesterday, sher tis my job to hawk! Open or closed ears it falls upon is in the lap of the record gods then….so here we go again!

Warner have a nice few out on the 29th of April so lets start with the new BLOC PARTY album , their 6th now via INFECTIOUS/BMG, it is called “ alpha games” and will be available as a cd , std lp or indies only coloured lp….here is “ traps” from the new record

British rockers THUNDER have a brand new album on BMG also “ dopamine” is available as a 2CD or 2LP.

NEIL YOUNG brings us his Official Release Series volume 4 on Reprise records, discs 13, 14 , 20 and 21…available as a 4 CD or 4LP sets which include 80s album” hawks and doves” “ re-ac-tor” “ this notes for you” and ep “ eldorado” which was only ever previously released in Japan and Australia ( there’s always a ( dirty) carrot folks!)

MONO reissue of “ saucerful of secrets” by the mighty FLOYD, MADNESS reissue of “ wonderful” now out to the 29th of April, ANN WILSON ( HEART) has a new covers album “ fierce bliss” , there are a bunch of SPARKS LP and CD reissues ( the show in Dublin a few nights back was meant to be super) , so they reissue  “ lil beethoven”, “ balls” and “ hello young lovers” and there is a RICHARD MARX greatest hits ( and more) on 2lp if you want more or 1 lp if not!

Last few from Warner then for the 29th April is a BILL BRUFORD ( drummer with Yes, Crimson and Genesis) complete career collection on 6 CDs, there are new albums from OUMOA SANGARE and lastly black metal magic by WATAIN as they unleash their 7th studio album on the world via nuclear blast.

UNIVERSAL for the 29th April have a nice few releases also….EMI have the brand new ( 4th ) studio album by BLOSSOMS “ ribbon around the bomb” available as CD, DELUXE CD which has a full live album as a bonus disc, std vinyl and indies only gold vinyl….heres the title track

Island release the vinyl of the new THE WEEKND album “ dawn fm” , UMC have a half speed abbey road master by Mike Showell of T-REXs 1971 classic “ electric warrior” , Bluenote reissue the classic debut album ( i think Rolling Stone said at the time that it was one of the greatest debut records ever) by NORAH JONES “ come away with me”, the siopa was only a baby when it was released and man we sold some copies of it…its reissued on CD, DELUXE 3CD and LP.

Spinefarm via UNI have the brand new RAMMSTEIN album , their 8th, “ zeit” on 2LP 180g gatefold, cd digi or cd/bluray formats…here is the title track from the album

There is a lovely release on DEUTSCHE GRAMMOPHON of JOHN WILLIAMS 90th birthday concert in Berlin…its a 2LP GOLD VINYL version, 90,  some man, some tunes down the years.

Real World are reissuing as half speed masters two PETER GABRIELS “ passion” and “ birdy” and lastly the score by MAX RICHTER “ INVASION” gets a release.

Sony firstly has a rush release of the newest TYLER THE CREATOR “ call me if you get lost” on vinyl…hopefully will be here by 22nd april.

Sony then for the 29th April finally have the vinyl release of the new CHRISTY DIGNAM solo album “ the man who stayed alive” , there is a brand new WIILIE NELSON album “ a beautiful life” on CD and VINYL and a new MIRANDA LAMBERT on CD.

Proper for the 29th of April have the new ROBIN TROWER album on Provogue on cd and lp “ no more worlds to conquer” and the TRASHCAN SINATRAS reissue of “ weightlifting” has now gone to the 29th April also.

Repeat begging letters sent to the record companies again today to try and bum some spots for the day ….we hope to do a few spots with the queue and then a few during each artist /bands performance, beers around the place or bring a few of your own….heres the line up of music

Absolutely cracking new single released last friday from the band “ dont believe your dreams” …they were number 1 on ITUNES with the track over the weekend and are battling it out with HARRY STYLES at the moment at the top of the singles chart…you can buy it on Bandcamp, ITUNES or listen on spotify…heres a link to purchase it….hopefully might hear a live version of it Saturday week…

The lads will be set up as a three piece , acoustic, electric and small drum kit.

With music to soothe our souls …cant wait…

Here is “ shepherds delight” from the young man

Looking forward immensely to this performance also…John has a new record out in May/June and will be playing some songs for us from his repertoire.

Heres is a taster with a tune for Bobby, Frank and John…” blue moon rising”

Right so thats our music for the afternoon of RSD Saturday 23rd of April…really hope you can join us for a while on the day.

On the day we are open at 8am and we will close at 5 pm….online is open then from 7pm on Sunday the 24th april for Irish indie shops….7pm Sunday 24th April our RSD TITLES will be on the website.

Just another little bit of housekeeping about opening hours over the Easter…10 am to 6 pm thursday, friday and saturday as normal…CLOSED EASTER SUNDAY and Adam is in Monday 11 to 4 and back to normal then the rest of the week.

Going to hand over to the Shane man now as he runs through the further down the line bits!

Hey everyone, hope all is good with ye. Starting to get summery outside now. Wahey!


First up this week is a huge metal reissue. The long out of print ‘Iowa’ by SLIPKNOT. It’s getting pressed on limited ‘coke bottle’ clear vinyl. One of the best metal albums ever in my opinion. I remember I had to smuggle it into my house on blank CD in 2001 as my parents weren’t too fond of how they would get sick and fight each other on stage and swear a lot. It’s coming in May.
A customer fan was doing detective work on it last week and spotted it online before we even got word. Definitely coming out now, so happy days.

Second up is the brand new album by INTERPOL ‘The Other Side of Make Believe’. That will be out on July 15th on a few formats. We will have the limited indies red version.

On June 3rd, Amy Winehouse ‘Live in Glastonbury 2007’. What a voice, really unique and she wrote some great songs too.

Also coming down the road BLACK CROWES ‘1972’, a new STEVE EARLE AND THE DUKES and the DAFT PUNK ‘Tron Legacy Soundtrack’

There will be a nice expanded version of ‘Combat Rock’ by THE CLASH and a 7 inch of ‘Rock the Casbah‘.

Hip-hop duo Run the Jewels are reissuing two of their earlier albums in May.

And finally, there’ll be releases from DAVID SYLVIAN, CSNY ‘Live 69-70’ and a NORTHERN SOUL ANTHEMS  compilation!

If interested in anything you can order through the links but if no link, pop us an email and we can put your name down.

Oh, also, we will be getting a couple limited edition RSD 22 Rega Planar 1 turntables!

Before I go, here’s Adam and Ray’s video for this week:
https://youtu.be/-J3uUaoMIFQEnjoy the sun! Back to you Ray!

Right so Integral for the 29th of April has new ones by ANORAK PATCH and BALTHAZAR.

INTEGRAL FOR THE 6th of May has ( great news for me as i really like this band a lot) a brand new BELLE & SEBASTIAN record called “ a bit of previous” on Matador, available as CD, STD LP and indies only LP with a bonus 7”…here is “ unnecessary drama” …( i had some of that yesterday in the shop but that’s for another day folks…unnecessary as f**k it was)

BILL FAY “ STILL SOME LIGHT PART 2” makes its way on record shop sleeves on the 6th May also.

Brand new EMELIE SANDE album out on that day also…

Heres a trailer for the album

Lastly is the third album from wonderful ROLLING BLACKOUTS COASTAL FEVER “ endless rooms” on Sub Pop…indies lp sold out on preorders but ill try for more ( very unlikely) cd and std lp available as well as cassette….here is “ my echo” from the new record…fine band.

Right sin e folks for this week ( under pressure there at the end!…got there though)