How’s the form… 3 more sleeps to Record Store Day… Cracking Music line up… Some rare lovely records… What’s there not to like!! Here is our music again for the day, with the time of each act now 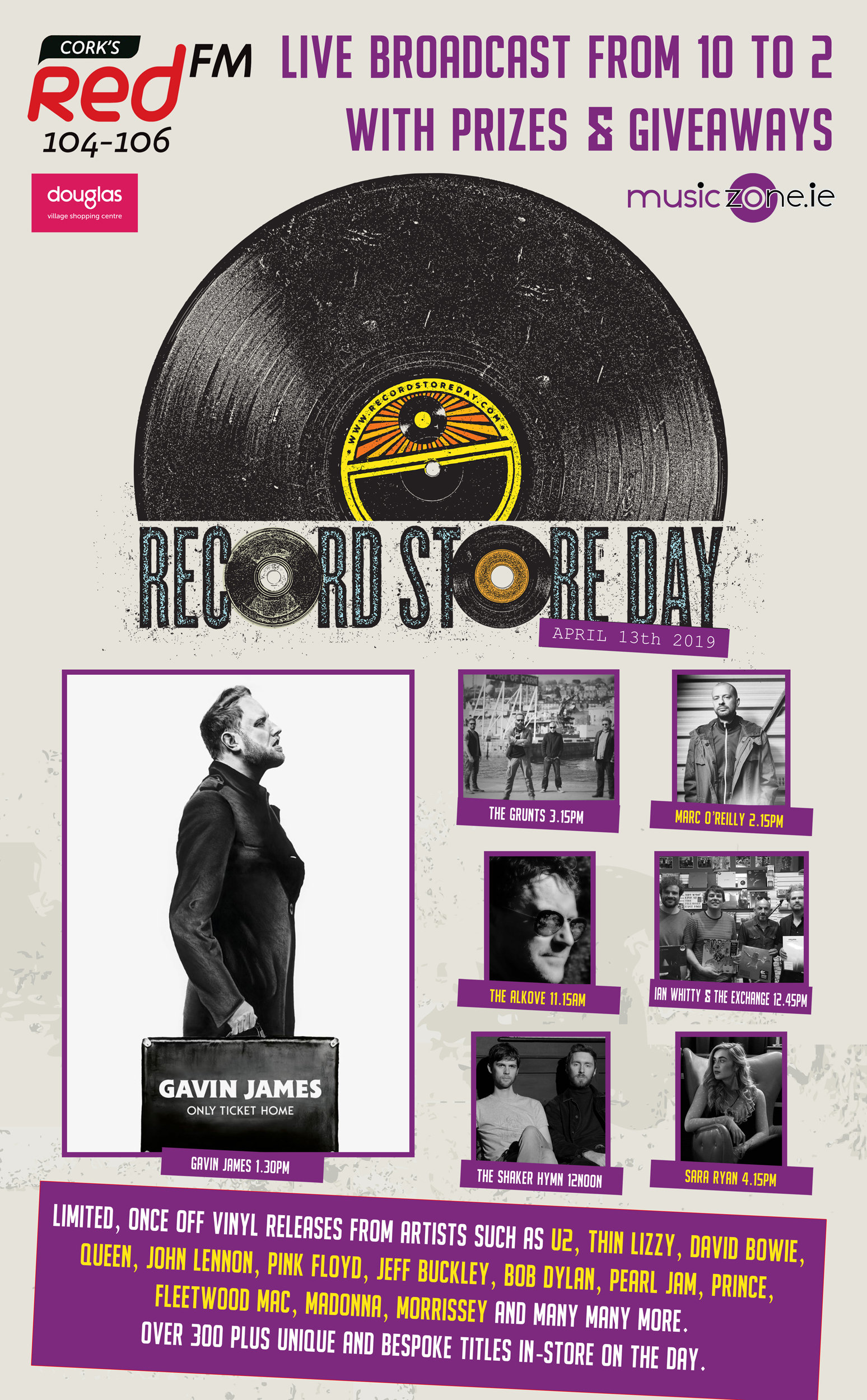 While we are on about quality in-stores, we are delighted to welcome ALL TVVINS on Tuesday the 16th of April, at 1PM.. Maybe not a great time but if ye can pop in that would be fantastic… It’s the lads second album, this time on Faction.. Haven’t heart it yet but it’s getting great reviews… It’s out on the 12th of April, the record.. If you can’t make it in and want the record or CD signed by the lads, shout at us!

Right so , RSD problems are hopefully done but I am still awaiting quite a bit of stock so we will have to wait and see!!

CD’s and LP’s out today on the good yacht musiczone.ie include the BOWIE “Spying Through A Keyhole” 7” Singles Boxset, NEW ORDER’s “Movement” boxset, as well as new releases from ELUVEITIE, and reissues from MOTORHEAD, RICHARD SWIFT, BOZ SCAGGS, MARVIN GAYE, and BOB DYLAN 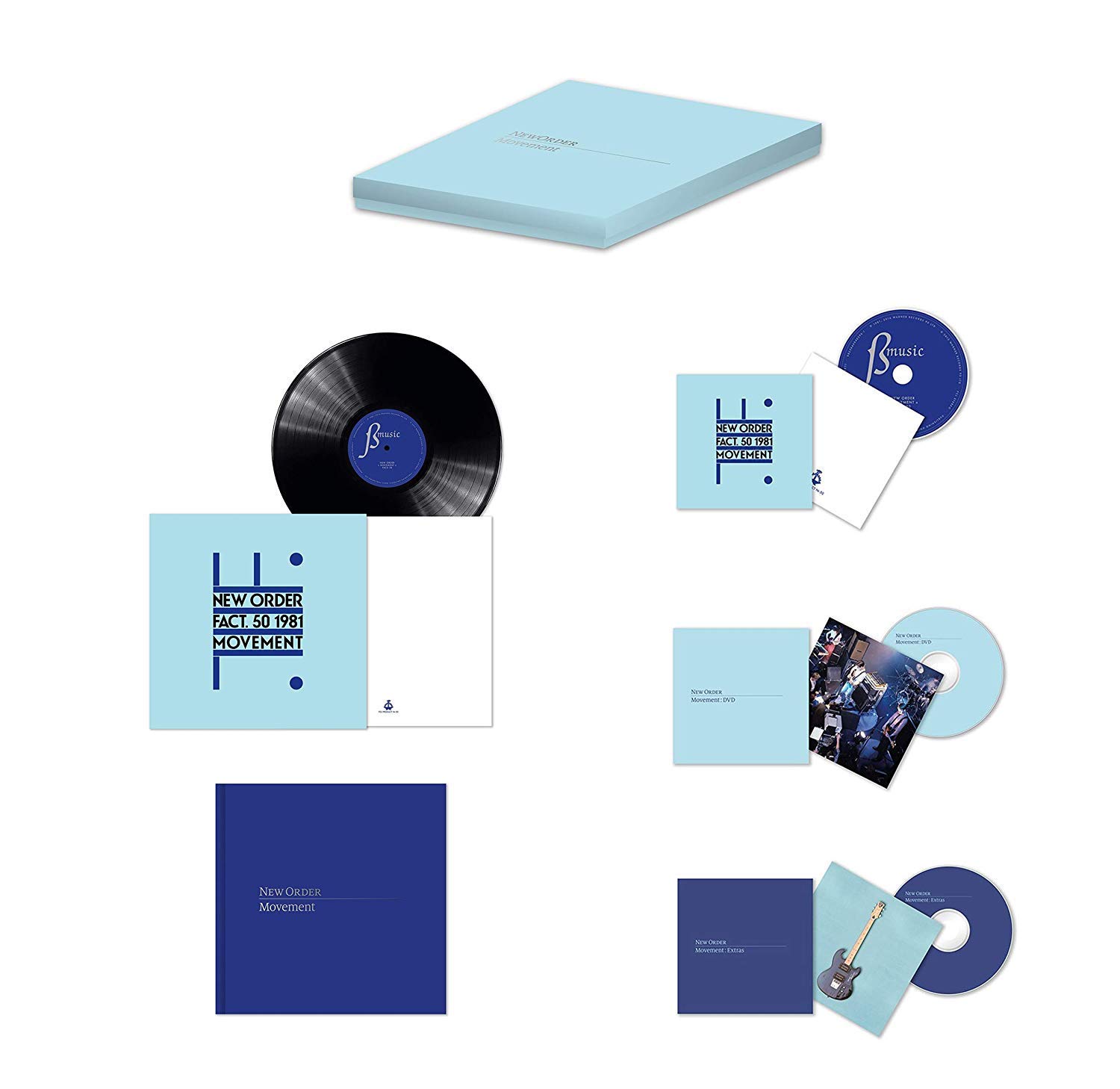 So let’s start with (What I believe will be one of the biggest albums of the year and could well end up high on loads of best album charts by years end…) is the debut record by FONTAINES D.C (whom I believe could be one of the biggest bands on the planet in 5 years time)… I have mentioned the Dublin boys a few times in these pages over the last 12 or 18 months now… Introduced to them way back along by Aiden from Mike The ePies and myself and Hassey from Coughlan’s tried to get them for an in-store / gigs some time back.. Alas to our great pity not to be… The debut record “Dogrel” is released by Partisan Records on Friday April 12th and is available on CD and limited one press only indies yellow vinyl… Snap ’em up… Word to the wise.. LP will have a download code and best price pre-order offer available of €10 on the CD and €24 on the indies only yellow vinyl.. 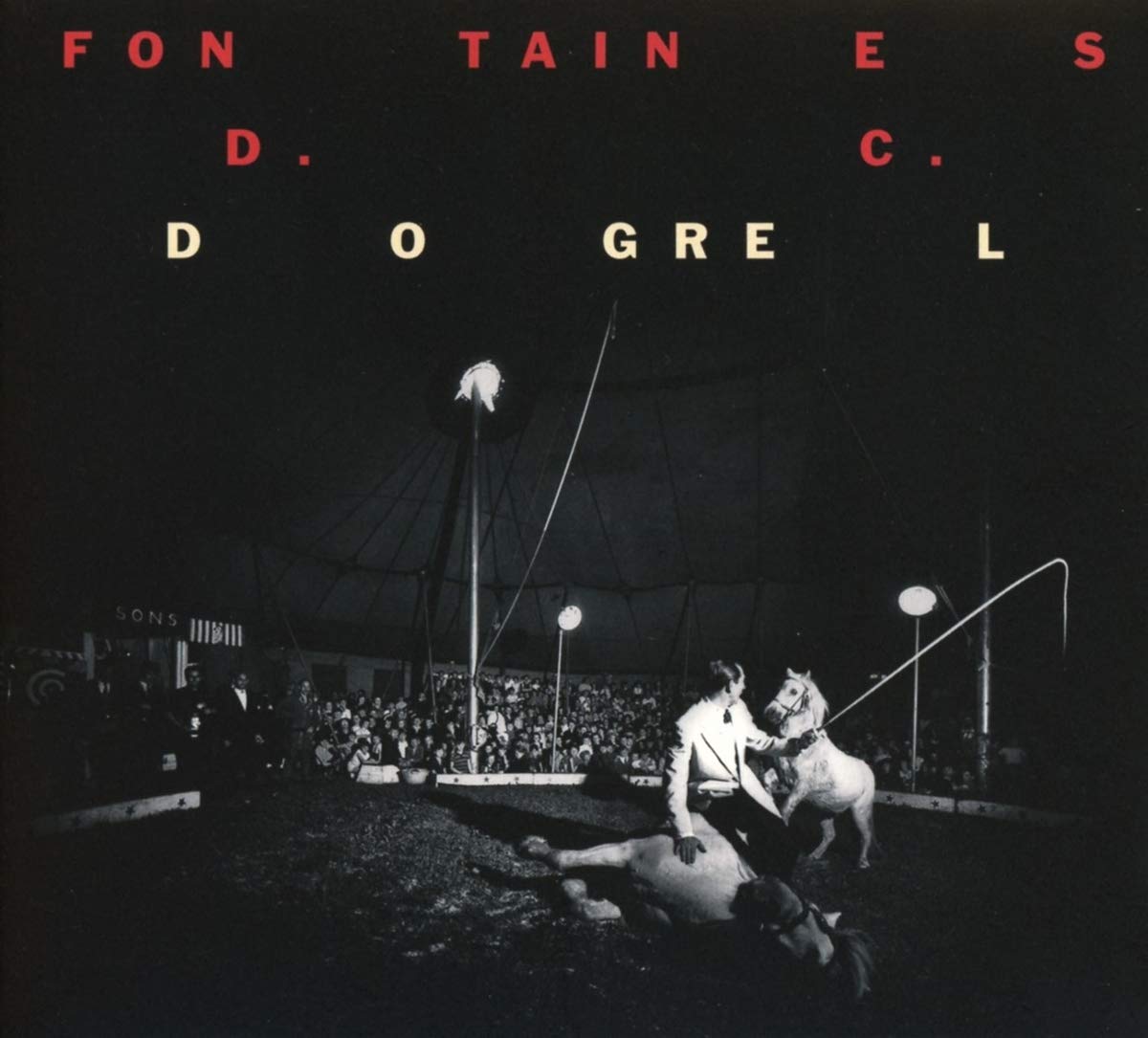 Bibio have a new album out next week on Warp called “Ribbons” on CD, LP or 2LP indies only…

Staying with big releases and keeping it country as one might say… WALKING ON CARS release their second album on Virgin / EMI next week.. It is called “Colours” and it’s available on CD and LP.. It was recorded in Dingle and in London.. Lead single here
https://www.youtube.com/watch?v=pFIu3Z6889Q

CHEMICAL BROTHERS also have a new album on on the 12th of April also through Virgin / EMI. It is called “No Geography” and it’s on CD and 2LP.. Universal also have new albums from NORAH JONES, ANDY BLACK (Black Veil Brides) and MELISA ETHERIDGE..

Uni also have NOW THAT’S WHAT I CALL MUSIC 102 and a NIRVANA “Live at the Paramount” DLP release on Geffen / UMC.. First time ever on vinyl for this!! Great gig.. It includes a poster and a sticky cloth replica of the original VIP pass as the download code…
Lastly from Universal we have the new album by DERVISH “The Great Irish Songbook” on CD or LP.. Some cracking help on board with the Sligo band on this record.. The likes of Steve Earle, Rhiannon Giddens, Vince Gill, Brendan Gleeson and Kate Rusby…

Proper for the 12th of April have the new ALL TVVINS album “Just To Exist” on Faction records, CD and LP and as I said earlier the lads are in for an instore on Tuesday 16th April at 1PM 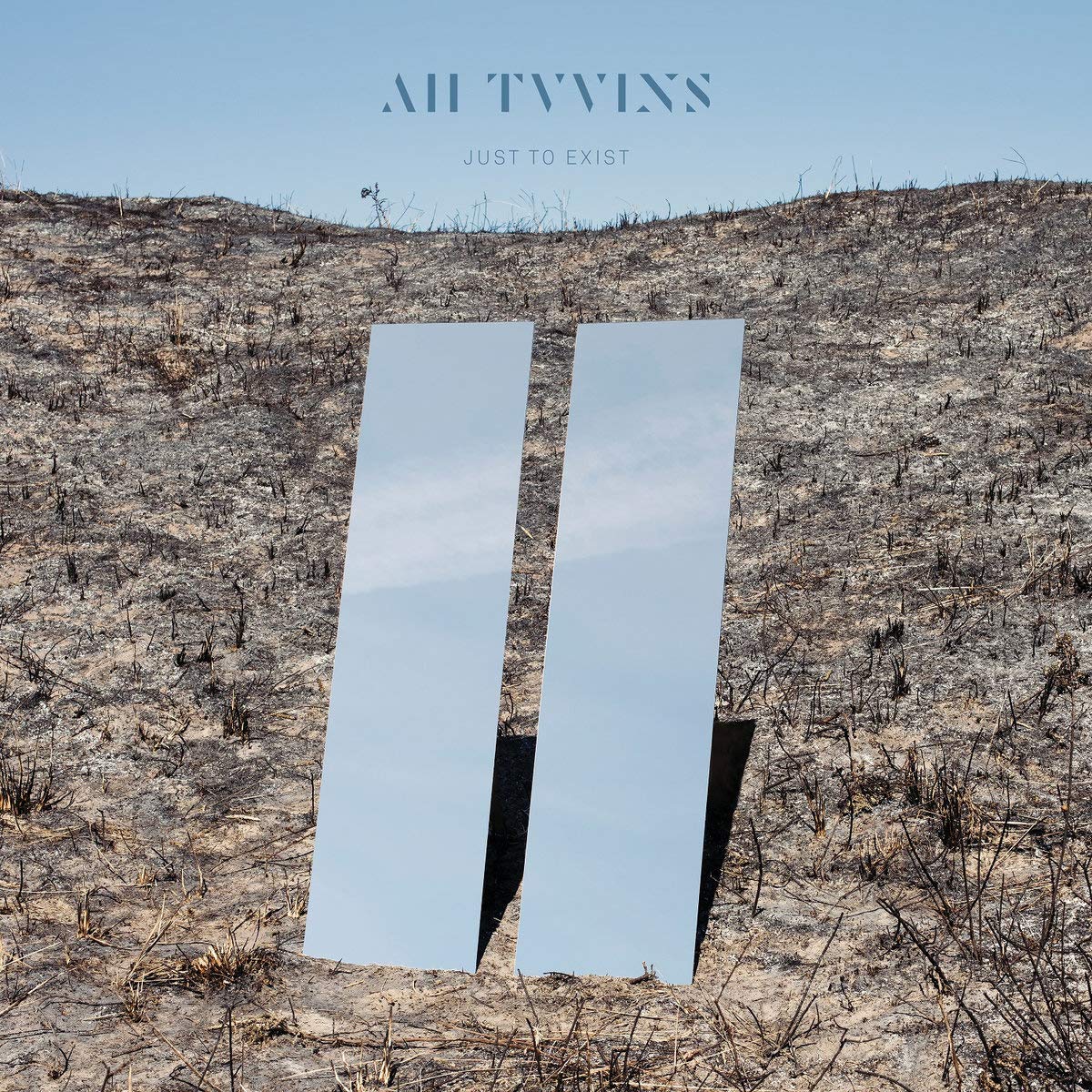 Proper also have the PET SHOP BOYS “Inner Sanctum” Bluray, DVD and 2CD set which was filmed at Londons Royal Opera. 5*’s all over the shop for this.. It is meant to be sensational..

There is a new 12” EP out by PET SHOP BOYS on the same day, “Agenda”, 4 new tracks I think…
Proper also have a new record on ECM by BILL FRISELL and THOMAS MORGAN (double bass) as well as lastly a new SUN KILL MOON (cd only) with DONNY MCCLASIN as guest..

THE ORCHARD for the 12th of April have the new album by K-Pop sensations BTS “Map Of The Should : Persona” it’s called… CD album comes with a photo book, photo cards, postcards and a poster… The Orchard also has new albums on the 12th by DAMIEN JURADO, BRUCE HORNSBY (produced by Bon Iver), ANDY BELL, WHITE CHAPEL, and CIVIL WARS singer JOHN PAUL WHITE has a new solo album..

Sony for the 12th of April have a CD album by L.S.D (Labrinth, SIA and DIPLO), as well as a reissue on LP of SANTANA’s “Supernatural”..

Last but not least WANRER for the 12th of April have the new album by GLEN HANSARD “This Wild Willing” on Epitaph available as CD, 2LP or Indies only 2LP… Glen’s fourth solo record now and this was largely record in Paris with a right miss mash of musicians invited into the studio to put their own slant on the record… Musically everything went… Street musicians to big names all helped and contributed to the record.. I think he is very happy with it… Here’s a link to the single
https://www.youtube.com/watch?v=4-yTqCTpPFU 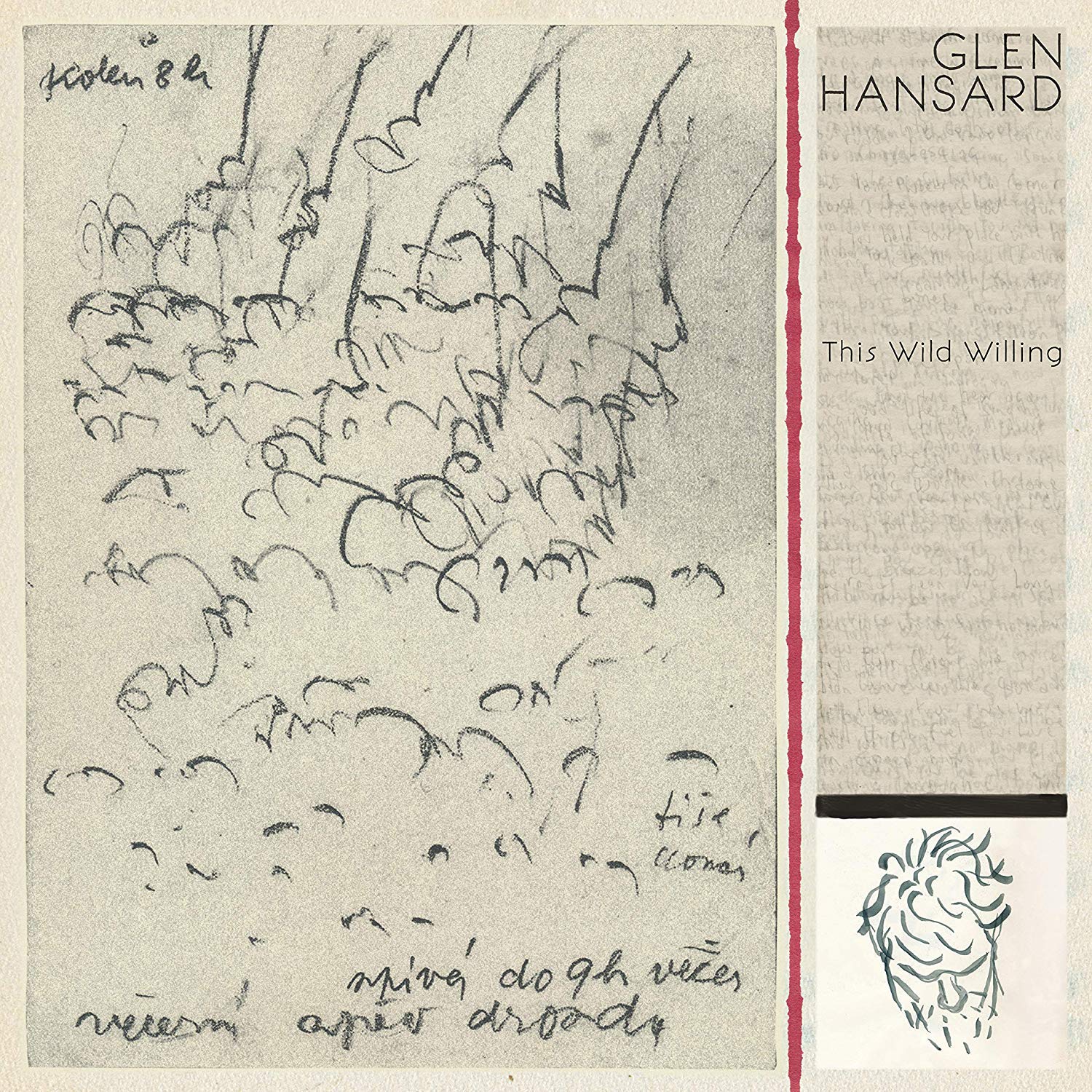 ANDERSON PAAK has a new one out via Warner as well next week as well as some BLIND GUARDIAN reissues on LP.. There is a NICK CAVE / WARREN ELLIS indies only whiskey coloured vinyl LP of the sound track to “Assassination of Jessie James”..

Last couple of bits from Warner are ROXETTE “Have A Nice Day” LP reissue and Suede “The Insatiable” Ones” 3DVD feature film..

Right so sin nearly é for this week, unlikely if I will get one out next week but you wouldn’t know.. So just on opening times and all that jazz for RSD… The good shop Music Zone will open at 8AM.. We will have goodies.. The shopping centre will open at 6:30 AM but only, I repeat only, at the entrance at the Marks + Spenser’s / Starbucks, by Falvey’s Chemist.. So the queue can start there for anytime before 6:30.. The car park will open then at 6:35.. Or James Bond through the ceiling if you want.. Look if you fancy pop in a say hello and soak up some of the atmosphere.. It’s always pretty unique.. I suppose it’s our celebration day… We are still here
So on that,