Hi everyone,
Hope all is well out there..
My own last few lines for a couple of weeks.. 2 to be exact.. (One week off!).. The one way newsletter street
Releases in the siopa this week include the THOM YORKE ‘Anima’ 2LP Orange Vinyl and Book Box Set, BLUR ‘Live at the BBC’ 4 Track 10” Vinyl, SHREK O.S.T. first timer on vinyl, new albums by LLOYD COLE, TY SEGALL, CARNIFEX, a new IDLES 7′‘, the POKEMON DETECTIVE PIKACHU O.S.T on limited vinyl of 2500 worldwide, a SPOON compilation LP, and reissues by JASON ISBELL, DEATH CAB FOR CUTIE, NINA SIMONE, SERJ TANKIAN, and BIG COUNTRY. 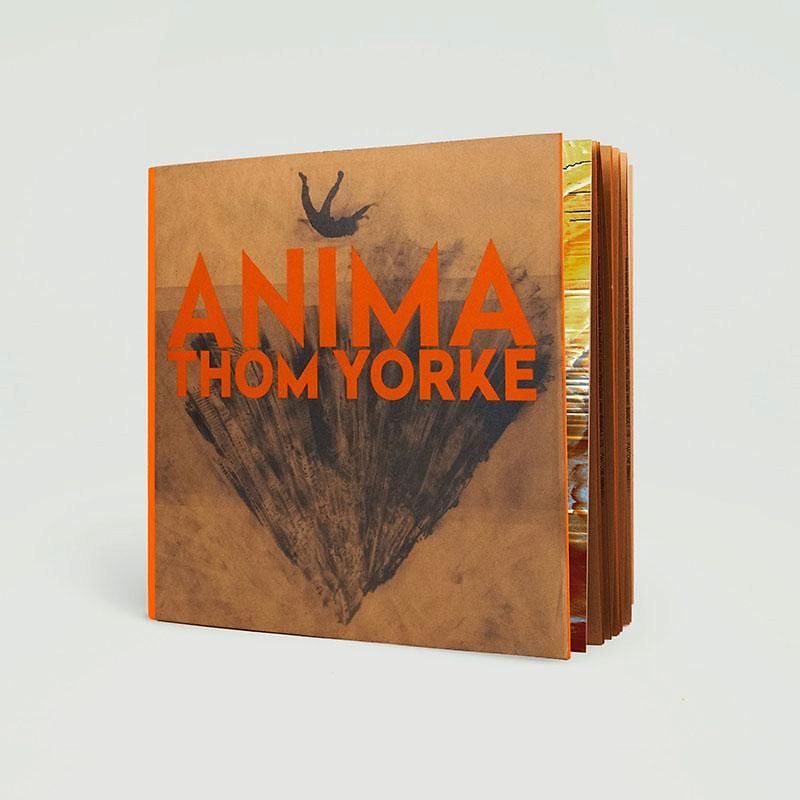 Video up this week, Bob man on duty for it.. Will be a short one.. Definitely beginning to feel like late summer releases!
www.musiczone.ie/videos

Well this newsletter is a bit of a cooperative between myself and the Bob man… So i’ll do a bit and Bobby can tidy up my mess.. Probably rings a bell Bob i’d say… Before I go on… Two quick things… We have two tickets up for grabs for Feile 19… Buy the Feile Classical CD from us for €8 and you enter the draw for the two tickets… I know I’m not a bookmaker but my guess is you would stand a 5% chance of winning tickets… Wrong job Raymond, in some ways only!!!
You can pick up the CD online here, or of course in-store as well…
https://musiczone.ie/product/feile-classical-the-live-album-various-artists-cd/ 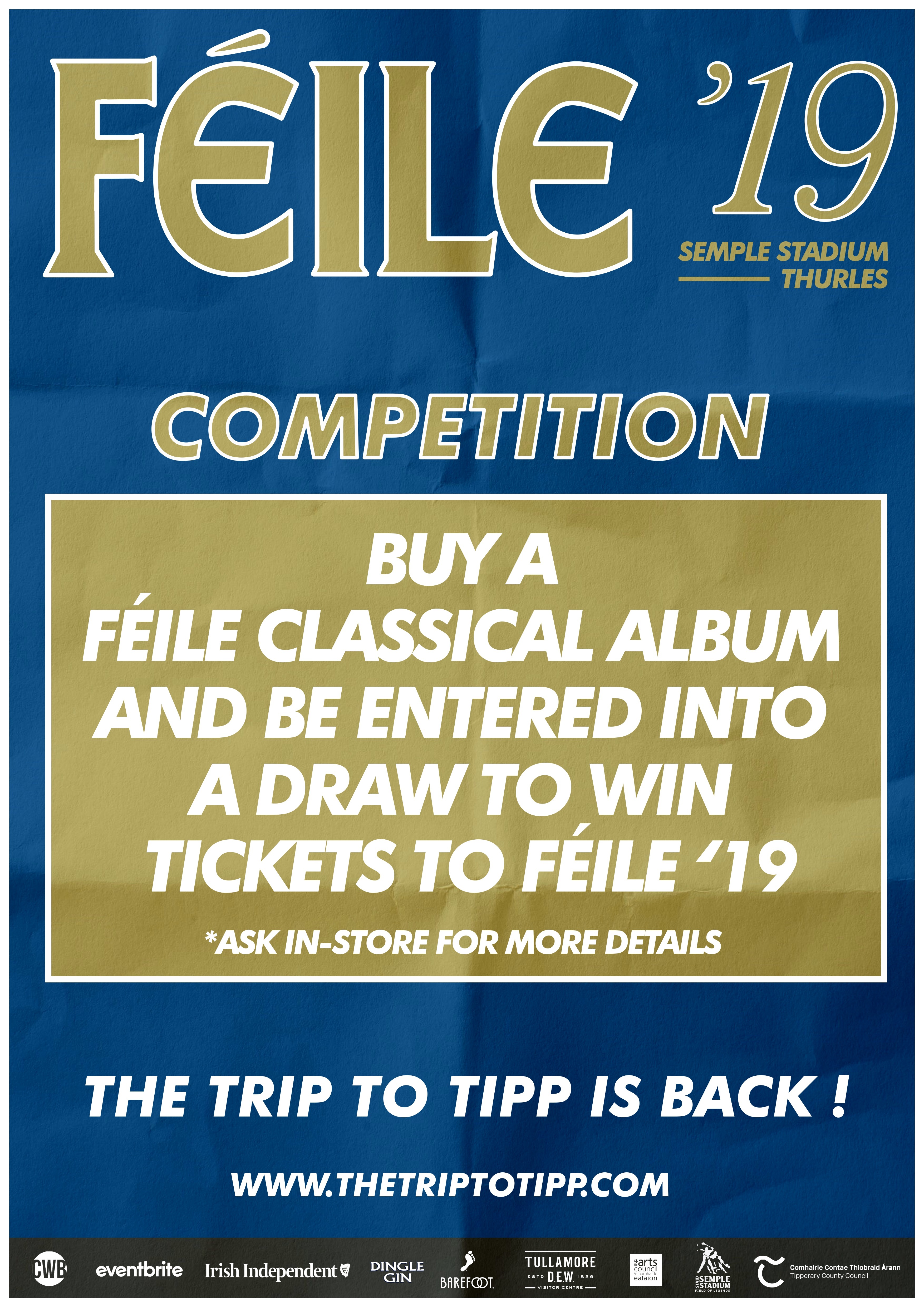 Right second thing… This MURDER CAPITAL gig we are involved in is something worth considering… Cracking Irish band in my opinion.. Have been listening and reading a lot about them recently and they ain’t to keen on the whole social media bolloxology… Admirable, very very admirable in my opinion… In an age where we are poisoned by bolloxology on our social medias… I find it great that a new (Irish) band are kind of saying ‘f**k that tripe… Come see us live and see what you think’.. Old school. Brilliant, admirable and deserves to be heard.. And for the last time i’ll say it… Ye have that chance.. Here’s the first two tunes live from a radio station..
https://www.youtube.com/watch?v=MLuE7LOA_s0

Pre-order the album below and gain entry to the Cork album launch gig in the Crane on Thursday Aug 15th at 7PM.
https://musiczone.ie/?s=Murder+Capital+-+When+I+Have+Fears 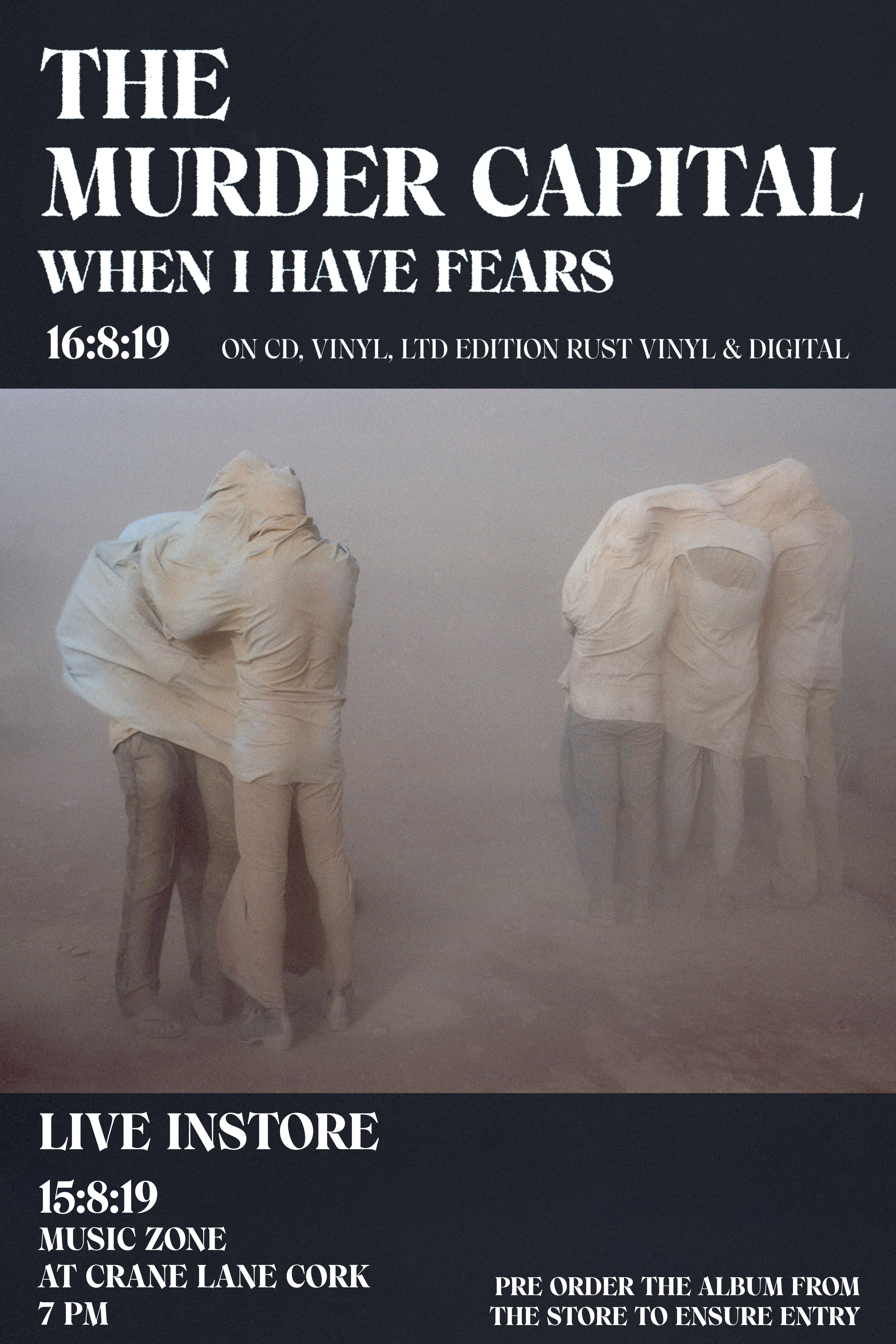 Speaking of bolloxology on the auld social media etc…. When the Musiczone Empire was at it’s busiest 04, 05 maybe to a lesser extent 2006.. I used to do nada… No SM, no website… Pull cup the shutter in the morning and pull it down at night and do a few hours paperwork every month and that was it… No we have to poison ye weekly with this and daily with the other social (me hole) stuff.. Can’t take a leaf from these young lads book… Be gone in a few months… It’s all about the bolloxology now… Fair play to ye lads..

Right so, moving on to music for the 9th of August… Starting off, WARNER have the new SLIPKNOT album ‘We Are Not Your Kind’ via Roadrunner… Available on 2LP, CD or CD with a t-shirt.. 30 bucks for them if anyones interested… Also €30 best price on the 2LP if anyone interested in that… Sound… 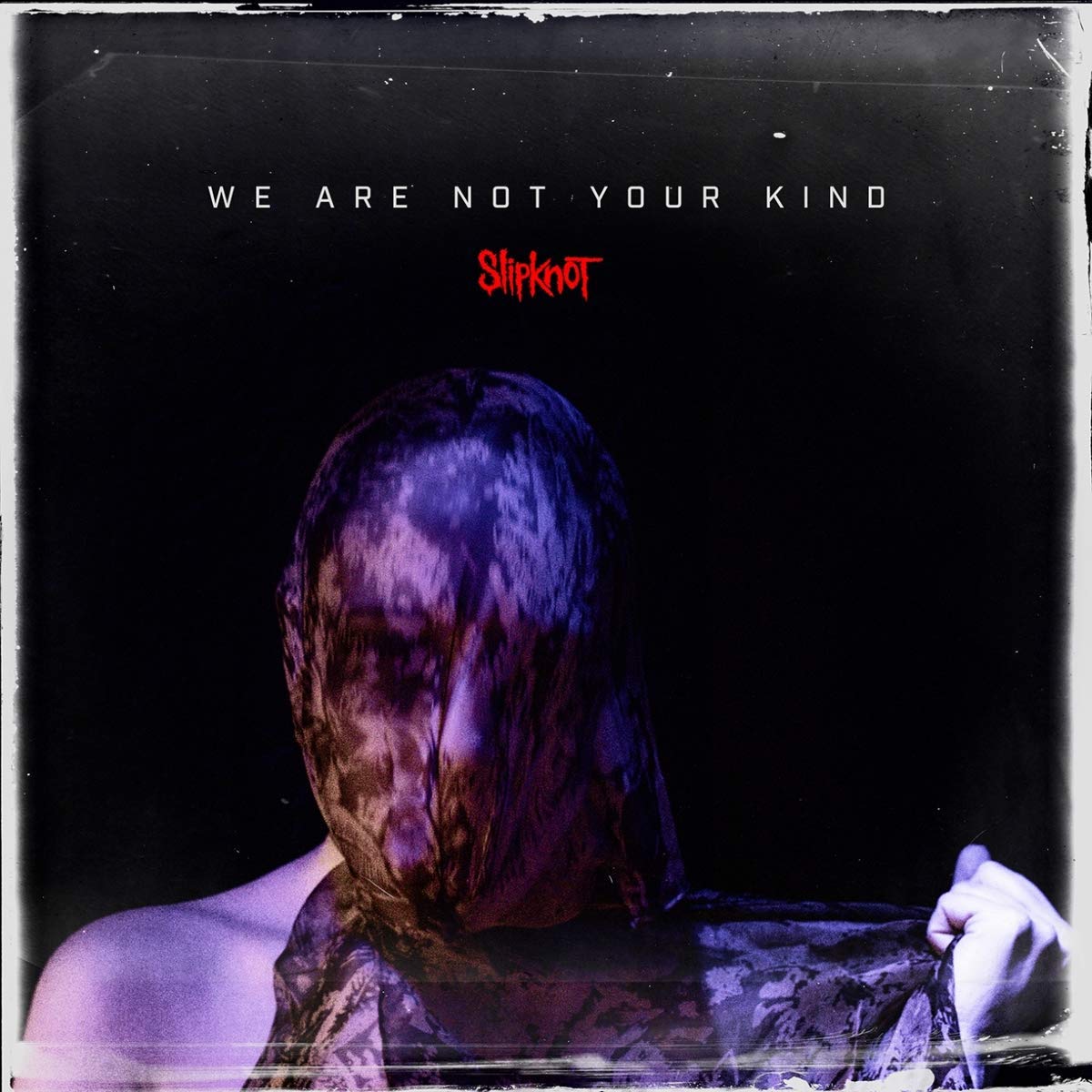 Swap over time. Bob man here taking the reins for the rest of the newsletter. None of the bolloxology craic from me this week I’m afraid folks. Only releases, releases, releases. Will keep all the other good stuff for next week.

Universal new releases for the 9th of August have the new MARIKA HACKMAN ‘Any Human Friend’ on CD or Pink Coloured Vinyl.. Really enjoyed her last album from a few years back so looking forward to giving this one a few spins in the siopa!
There is also a new P.P ARNOLD album through Uni next week, as well as JOHN SCOFIELD‘s ‘Hand Jive’ first timer on 2LP, DONALD BYRD‘s ‘Ethiopian Knights’ Blue Note LP reissue, and GODLEY + CREME (Ex 10CC) ‘Consequences’ 5CD album..

The new CD Set features 11 complete sets from the first of his many engagements at The
International Hotel (several of which are released in full for the first time, with one show
entirely unreleased), allowing fans a more definitive picture of The King’s glorious return to
the concert stage. A physical box set will feature a 50-page book including rare photos, memorabilia and an oral history by Ken Sharp curated from historic interviews with Elvis, Colonel Tom Park,
Tom Jones, Jerry Schilling, James Burton, Cissy Houston, Terry Blackwood, George Klein,
Fats Domino and more. 11CDs housed in 2 separate media carriers (one holding 6 discs, the other holding 5 discs) and a 52-page smythsewn book, all contained in a double-walled board slipcase.
The Vinyl is a 2LP gatefold pressing, with 2 generic white sleeves and originally released the same day as Suspicious Minds was first released. 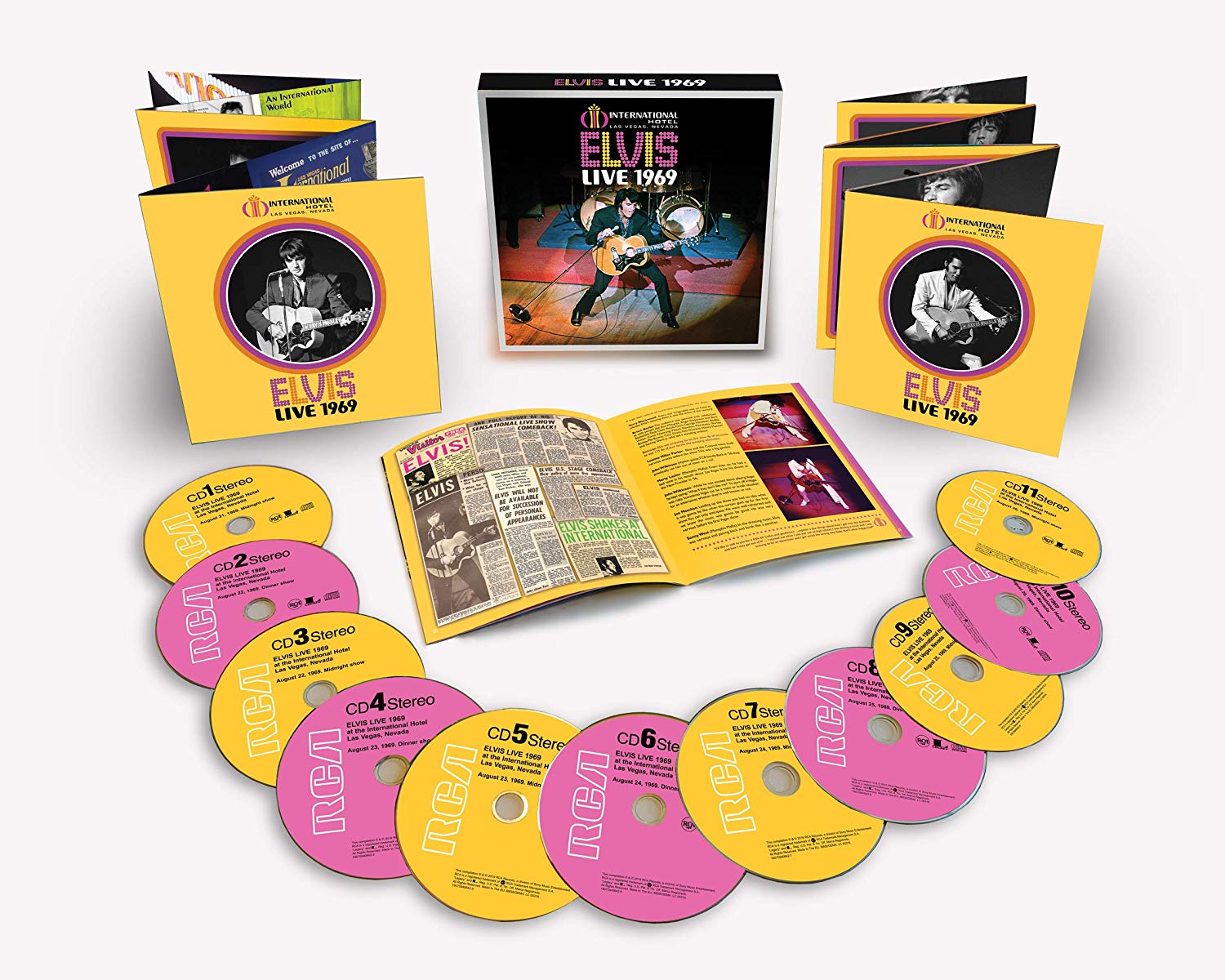 The Orchard for the 9th of August have the new FIONN REGAN album ‘Cala’ on CD and indies only yellow vinyl… Opening track ‘Collar Of Fur’ a lovely track, will be getting a few listens here
https://www.youtube.com/watch?v=9p8_NWQ9Ufs

Proper for the 9th have a new FEEDER album on CD, Deluxe CD, LP or Deluxe LP.. Tallalah it is called.. Also out is a ZERO 7 reissue on CD and LP of their second album ‘When It Falls’, and a STEVE HILLAGE ‘The Golden Vibe’ indie shop release only on CD or 2LP..

MOV for the 9th of August have ELVIS ‘A Date With Elvis’ 60th Anniversary Edition of 2000 numbered copies on blue vinyl..

Sin sin folks,
Will be back to you myself next week.. Gotta get the bolloxology hat on for the week and have some stories for ye!
Go raibh maith agat as do chluas a thabhairt
Bobby
MZ HQ