Hi everyone,
Hows the form?… Missed a few days earlier in the week with a blast of man-flu.. It’s been a while since i’ve been unable to work… Was a bit croaked for a few days.. Coming back slowly but surely.. I’m sure ye love hearing about my man-flu.. This one way forum (must sort it, the forum that is) allows for no interruptions or back chat.. Ah bliss… In todays world anyway so i’m glad ye got to hear of the worst man-flu ever..

Anyway now that that is nearly off my chest, releases in the good siopa Musiczone.ie today include the aforementioned (numerous aforementioned at this stage) SPRINGSTEEN ON BROADWAY 4LP vinyl set.. 70 Bucks still in place.. Just nod!.. Also new albums by VANGELIS, DANDY WARHOLS, STEVE HACKETT, BRING ME THE HORIZON, BACKSTREET BOYS, RUDIMENTAL, BALTHAZAR, WALER TROUT and NIGHTMARES ON WAX.
Today the 25th also sees vinyl releases of new albums by THE STRUTS and SUN KIL MOON, as well as reissues on LP by UNKLE, DELINES, BUZZCOCKS + BALTHAZAR… 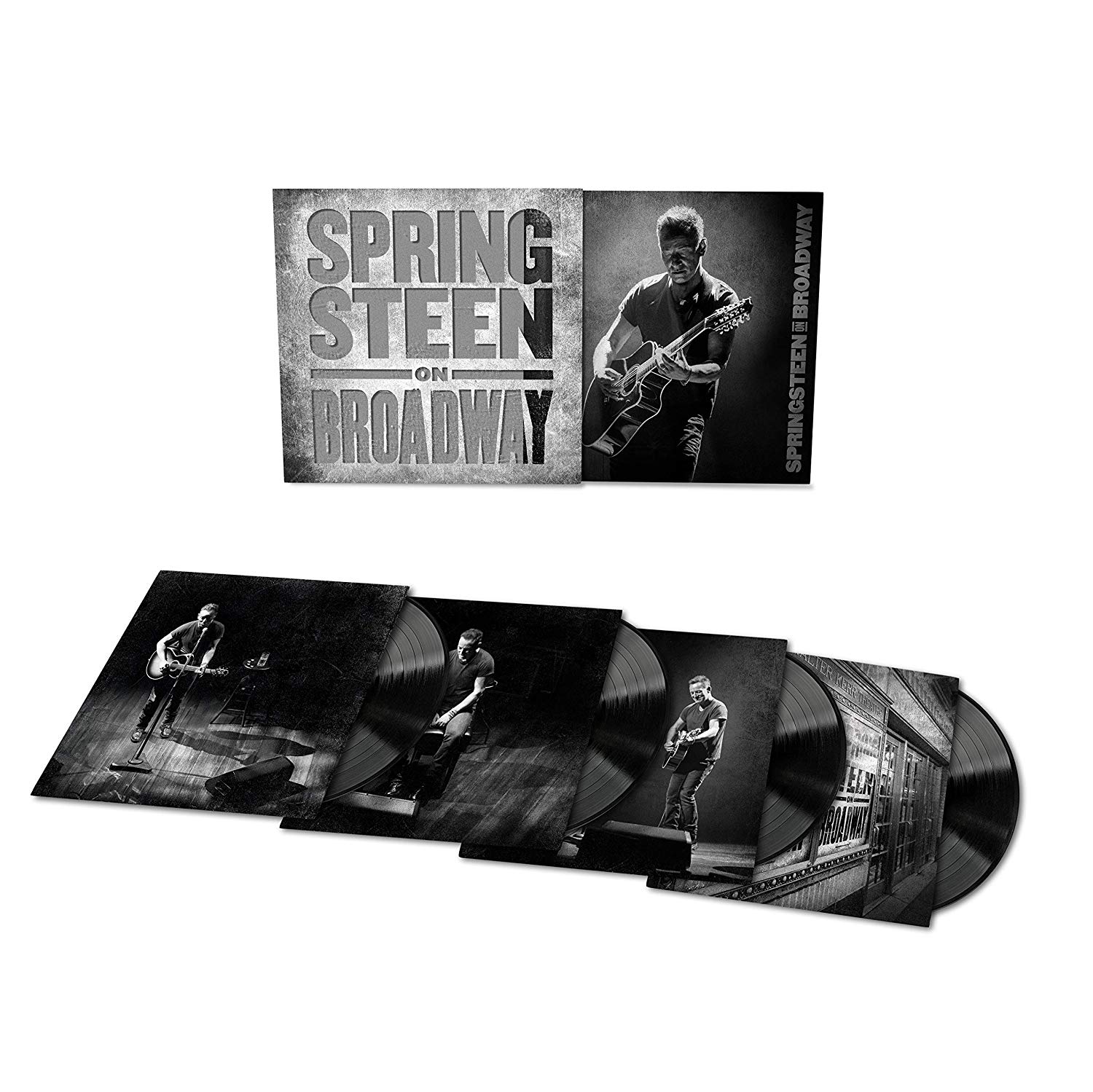 Video up here for this week if ye’d like a look!
www.musiczone.ie/videos

Right so, without further adieu, we shall move onto releases for the 1st of Feb.. Our most exciting release the 1st of February is JOHN BLEK’s new album “Thistle & Thorn”.. As said last week, it is a great, rewarding listen.. Lovely space in it.. Excellent work again in our opinion.. We are agreed (not always the case!!). Signed LPs up for grabs at €20 or signed CDs for €15. Nod our way.. We’d be delighted to sort.. John will be in-store on the 2nd of February at 1PM.. Our Saturday sessions return. Bring the parents, bring the kids, bring the neighbours!!.. Try it!!.. 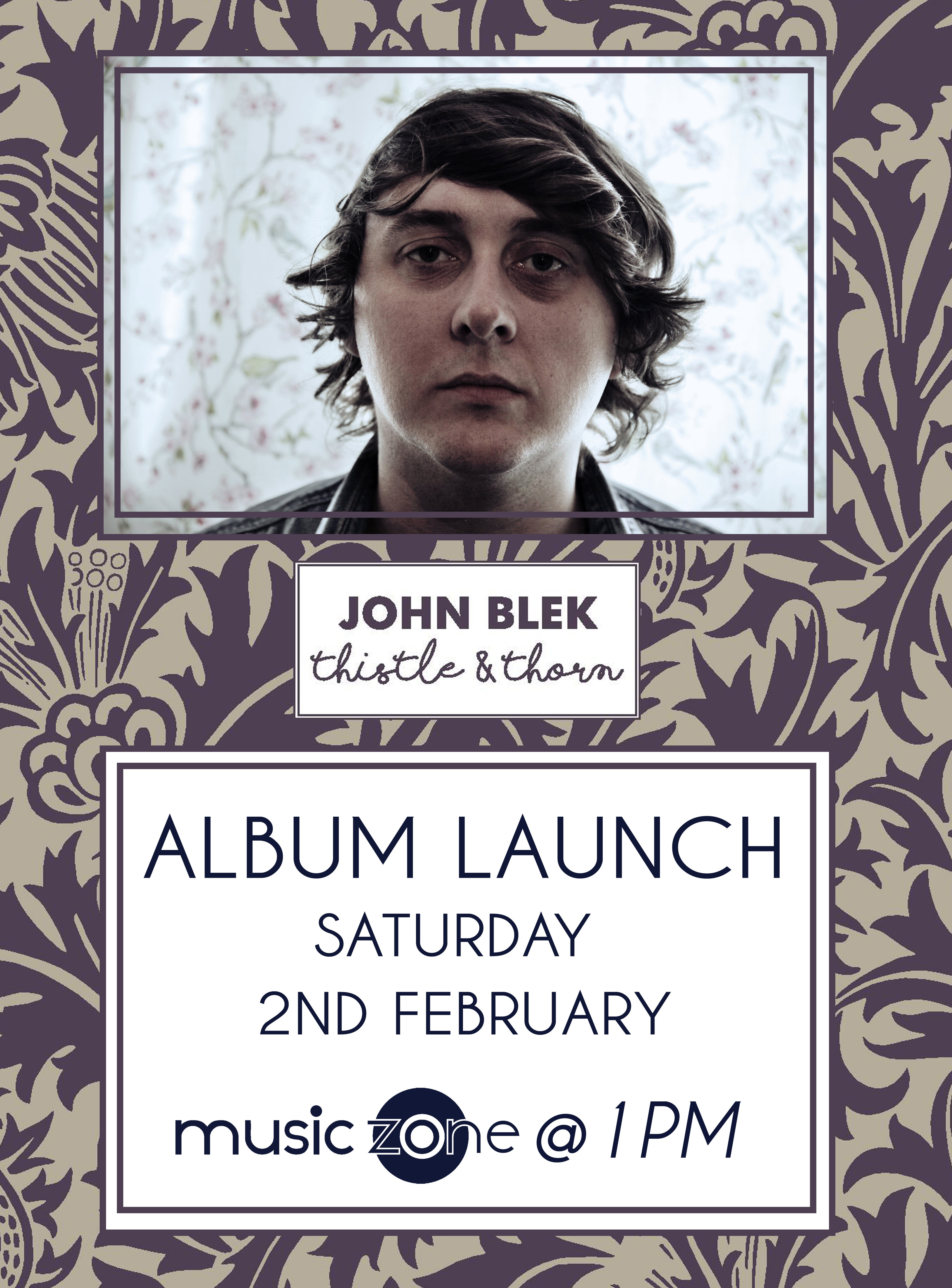 PIAS for the 1st have a few interesting releases.. New album by BEIRUT.. Indies only green vinyl.. New album by WHITE LIES (in Cyprus Avenue soon), on CD Deluxe or Indies only blue vinyl in special packaging…
So two interesting enough ones there from PIAS and another two well worth mentioning are new albums by RUSTIN MAN A.k.a Paul Webb of Talk Talk, who’s last album as Rustin Man was the brilliant collaboration with BETH GIBBONS.. Was available on LP through MOV but now only on CD through Polydor.. Trying to sell things that can’t be sold Raymond.. Not very wise.. Must be the steroids.. Won’t get many yachts that way…
Anyway, anyway.. The new RUSTIN MAN album could be worth a sus. Out as well as this is the new release from EX:RE.. Elena Tonra who is the vocalist, lyricist and guitarist of DAUGHTER.. Solo record out..

Universal for the 1st of February have the new IAN BROWN solo album called ‘Ripples’ on indies only white vinyl.. His sons are involved musically on the album.. Catch tune the lead single in fairness.. You know as i’ve mentioned it before, met Brown a few times.. Fave one was outside at the Fountain in town at about 3 in the morning after a solo gig in Henrys in 97 I reckon, maybe 98.. He unashamedly, completely unashamedly tried to pinch my mates missus to go back to his hotel.. You chose well Viv, Sully has aged well!!!
I remember it so vividly it was such a normal conversation up to the pinching attempt.. This dude was in one of “my” bands as a 15/16 year old.. And here we were within a Rizzla paper of having him back in our rented gaff… Surreal… 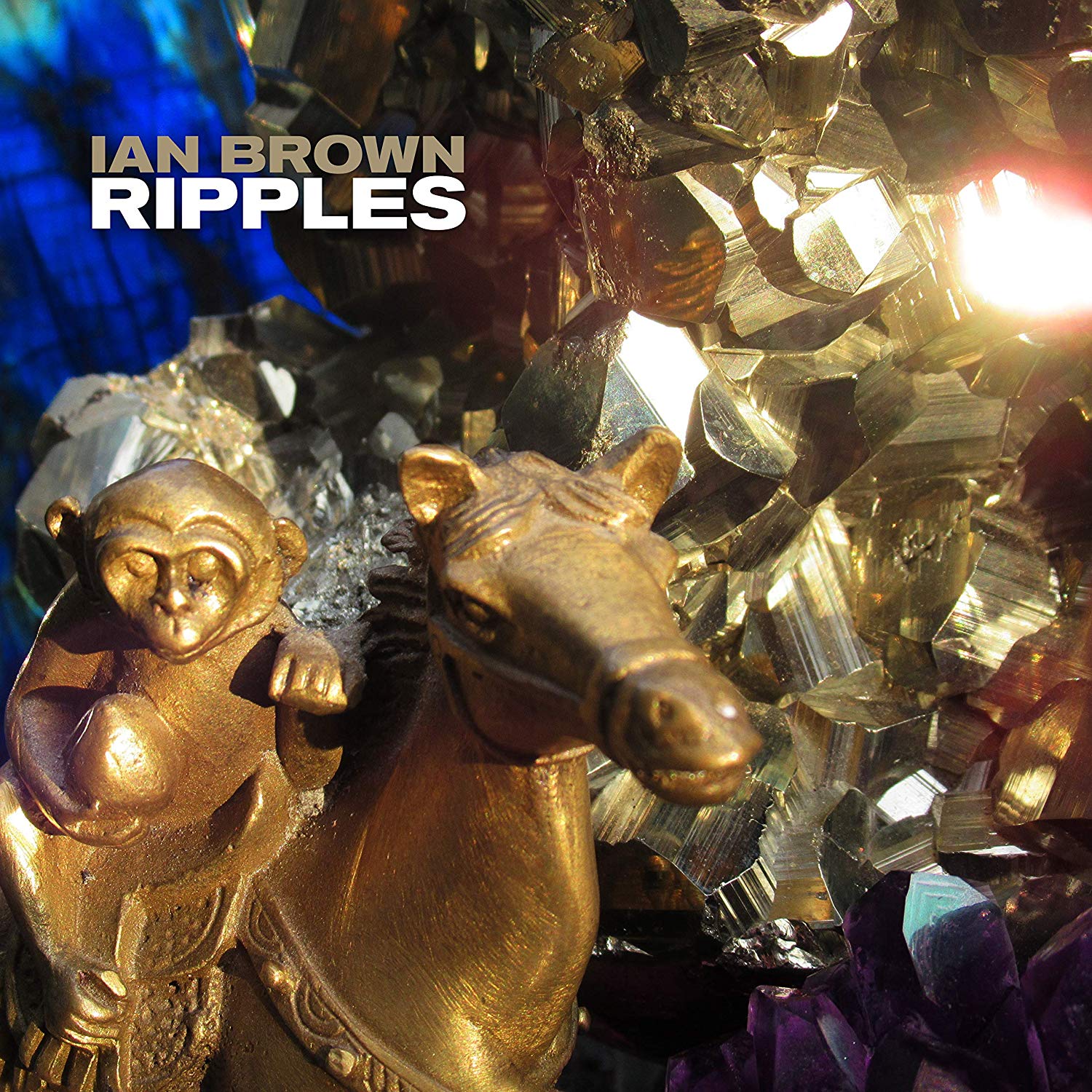 Universal also a new, yes I say new, album by THE SPECIALS.. “Encore” it’s called.. First album in 37 years.. Sounds alright too.. Lead single is a bit like “Ghost Town” Part II.. Hall, Golding and Panter still involved and I think Steve Cradock plays on this record also.. WITHIN TEMPTATION also have a new album out on Spinefarm, and Universal are reissuing THE CARDIGANS discography on LP, as well as EMPIRE OF THE SUN‘s album “Walking On A Dream”.. Indies only blood orange vinyl for that one…

Sony for the 1st of Feb have PADDY MCALOON’s, or now credited to PREFAB SPROUT for this 2019 reissue of “I Trawl the Megahertz” where McAloon uses radio clips and various other sounds to make the record.. I know the first three Sprouts records well but don’t know this.. Looking forward to it.. Very different I believe but still looking forward.. Talk of a brand new album this year??? Bueller… Bueller..

Proper for the 1st of Feb have the 70th Birthday Party Concert of ANDY IRVINE at Vicar Street Available on CD or LP.

The Orchard for the 1st of Feb have new albums by NINA NESBITT and also THE NEIL MORSE BAND..

MOV have the Original Soundtrack to “The Hurricane”

Warner for the 1st of Feb have limited runs of the two excellent BUFFALO SPRINGFIELD albums in Mono.. Only 5K of each in the world being pressed.. Now that should help the yacht fund a little bit.. RAMONE’S “Road To Ruin” 140gm Blue Vinyl only 6K in the world..

Warner also have LINAD RONSTADT‘s ‘Live in Hollywood’ release, PHIL COLLIN‘s reissues “Serious Hits…”, “Live and Remastered” on CD or 2LP, as well as “A Hot Night In Paris”..

Thanks again to everyone who voted in our albums of the year.. As promised here are a few blurbs on the albums that charted, and we’ll start with my own..
1) The Good, Bad & The Queen
Late in year release but a lovely listen.. Hardly a day passes when I don’t play it.. Lovely melodies, easy on the ear record.. I’m sure i’ll still enjoy it in 3 or 5 years tome..
2) Hedge Schools
A beautiful listen.. Late night, thought provoking, deeply layered listen.. I love it, simple as for me.. Each to our own folks!!
3) Rolling Blackouts
Indie Rock, some class tunes on this one.. I see it won the top spot.. Jingle Jangly guitars and definitely a couple of the tunes of the year on it.. It’s the Aussie’s debut record..
4) Villagers
Conor’s best outing yet in my opinion.. Fine fine listen..
5) Richard Swift
Late to it also, and a right mix mash of genres and sounds that probably shouldn’t work but repeat listening does reward.. But heh, that’s just my opinion.. That’s what’s great about it.. Each to our own!! 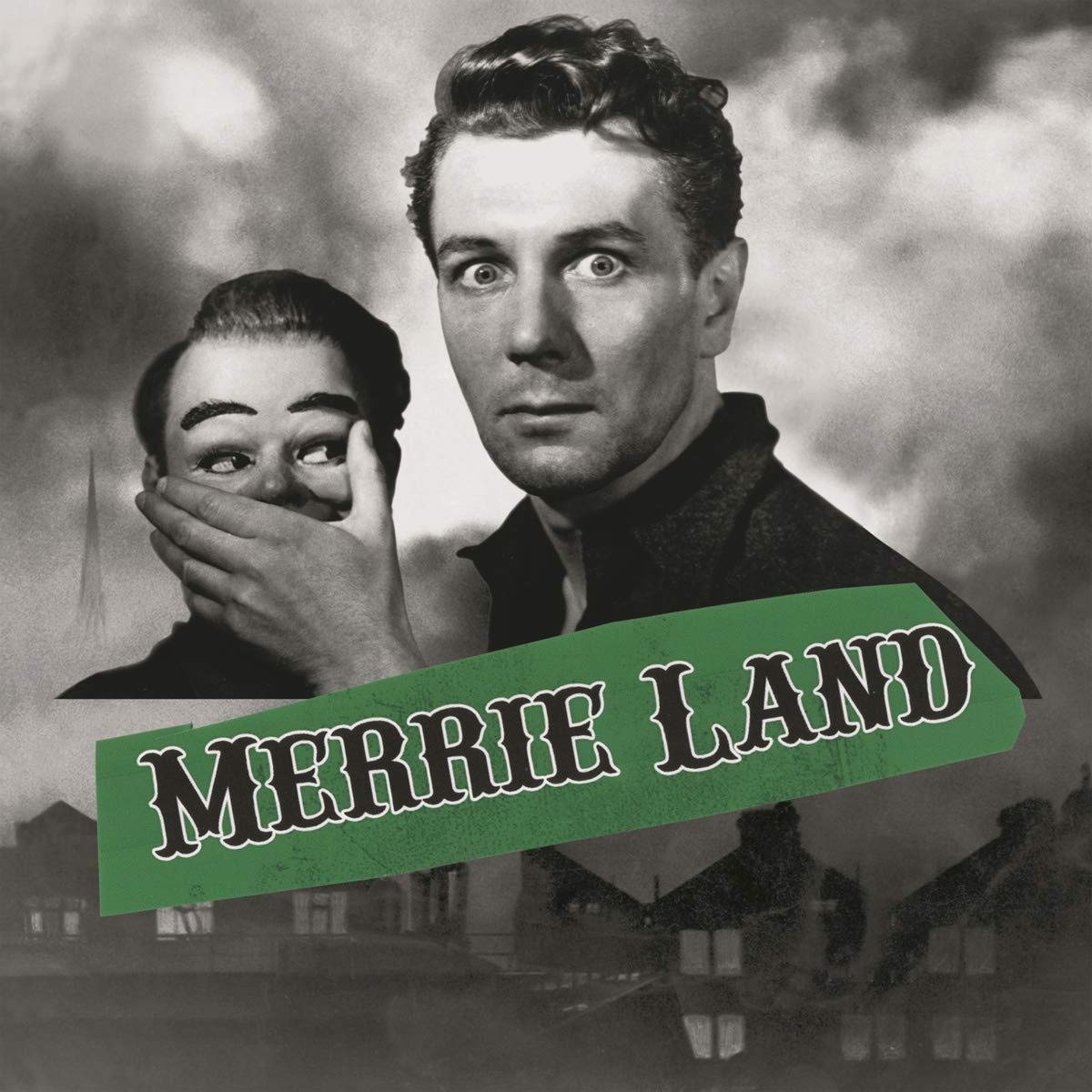 And here’s a couple of words from some of yourselves and what ye thought of some of last year’s finest listens!!

Malcolm’s top 5!
1. Shame – Songs of Praise. It came out in January and I have been listening to it ever since.  I saw them live twice – crazy stuff!  Punk Rock is in safe hands…
2. Richard Swift – The Hex.  What a mix of styles. This guy can get away with anything. This album definitely has the makings of an all-time classic.  It is very sad that he is no longer with us.  Give it a few spins and you will be hooked.
3. Richard Thompson – 13 Rivers.  RT will be 70 next year and he is still producing the goods. While he is definitely one of the guitar greats, he is also much more than that: the songwriting is superb throughout.  If this album was produced by a young fella it would win the Mercury Prize.
4. Suede – The Blue Hour.  This is one that you need to listen to from start to finish. It really hangs together and builds like a movie.  Consistently good throughout; perhaps surprisingly so.
5. John Grant – Love is Magic.  Not nearly as consistent as his first 2 albums (which were complete masterpieces) but the high-points of album #4 are great and they help you to support some of the moments which are just bizarre.  If you can get to see him in the Cork Opera House in 2019 don’t miss the gig!!!

Flor’s Top 5
1. Kacey Musgraves – Golden Hour (By a distance. One of the best albums for years in my opinion)
2. Natalie Prass – The Future and the Past (A really great pop record)
3. The Villagers – The Art of Pretending to Swim (Really great record, saw them supporting The National in Dublin as well and they were excellent so gave them an extra vote for that)
4. Cat Power – Wanderer (She has an amazing voice. A few cracking tracks, not as complete and even as choice 1 and 2 above)
5. Dave Matthews Band – Come Tomorrow (This guy is so under rated. While this album wasn’t as critically acclaimed as I thought it should it is a great album and showcases what he is best at very well)

Adam’s Top 5
1.  Kurt Vile : Bottle It In
This is by far my album of the year! Absolute magic album…There’s a line in the track ‘One Trick Ponies’ that says ‘…I’ve always had a soft spot for repetition‘ and that sums up the album for me. Listening to this is like a hug from someone you’ve known years….it”s unmistakably Kurt Vile. And all the better for it.
But in saying that he adds more layers, experimental ideas and unique rhythms. Tracks like ‘Bottle It In’ and ‘Bassackwards’, 10 min odysseys that on the 1st listen sound like the same idea repeated over and over but after a few listens (like all good albums) grow into magic epic tracks. Hands down a classic album! 2018…album of the year! There you have it.
2. Foxwarren-Foxwarren
Came across these guys by accident….a ‘recommended’ band from the google box. Had a listen and was blown away by the album. A mix of midlake/Kevin morby type of folk rock group but really good melodies. The track ‘Lost in a Dream’ could have come straight out of the Thom Yorkes piano book. A great album.
3. B.E.D: Baxter Dury, Delilah Holliday, and Étienne de Crécy
Now this is a strange album…the whole album is 19mins long in total!! 19 mins!!
It’s over before you know what’s going on but it’s class. It’s electro-synth pop music with quick snappy upbeat songs that get to the point. Well worth a listen. Baxter has that english sarcastic drowl speaking/singing voice and the Delilah has this lovely melodic voice which works. A very odd album but if you have 19 mins and feel like synthesisers…this is your album. Class!!
4. EELS-The Deconstruction
The main man himself…Mr. E. A legend….a mighty legend. In 4 years he had got married, had a baby and got divorced…..in 4 years!!
And what came out of all that was this album. The (apply named) ‘The Deconstruction’. Knowing what he’s been through adds another layer to this album. It’s classic EELS but that’s always a welcome. Just listen to the opening track ‘The Deconstruction’ and tell me he’s not a genius!?!
5. S. Carey-Hundred Acres
A mellow folk album from one of the Bon Iver boys. I picked this up (from music zone of course) about a week before the mega snow hit us in Feb/March. So as we were all government mandated to stay at home, myself, my wife and daughter hibernated at home listening to this album. A lovely, melodic album with some great songs. It will always remind me of the snow! S. Carey has a great voice..(if you’re into the high/melodic voice stuff ) and great melodies. A fine album.

Will have more of these for you next week!! Thank you to everyone again…