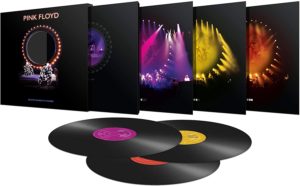 Hope all is well with ye.

Releases in the siopa for friday the 2nd of October include the NEW ORDER “Power, Corruption & Lies” boxset and the four singles from the album are released separately also. 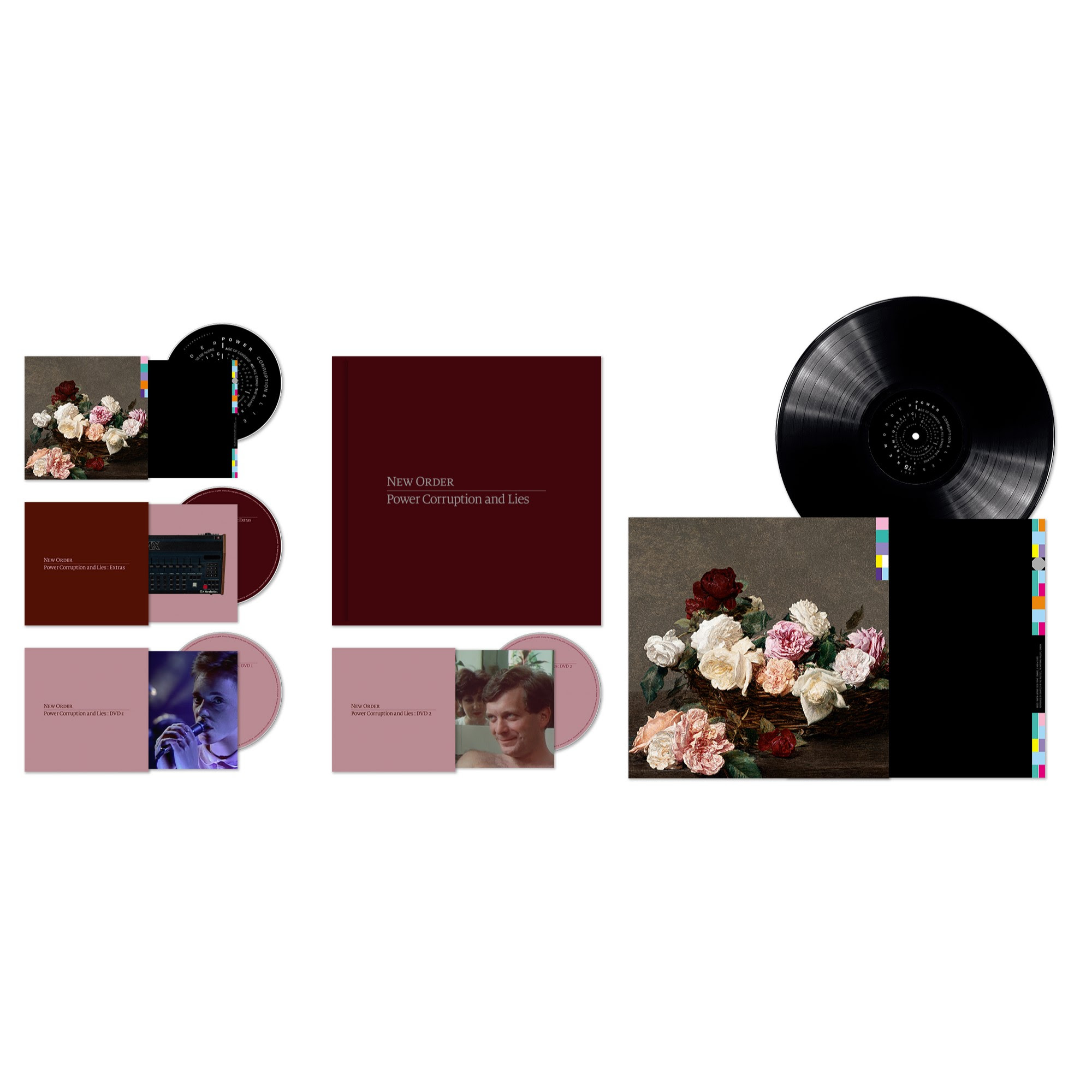 New ENSLAVED album also from Warner. UNI have the QUEEN & ADAM LAMBERT release on various formats, BON JOVI New CD, LANA DEL REY new Poetry album,  AILBHE REDDY debut album is out, PILLOW QUEENS debut record also out (vinyl only for that one for now), SUFJAN STEVENS new one “The Ascension” is due out for Friday but we got an email from the label saying the stock was delayed and would not be in the shops until Thursday or maybe Friday… From my experience, it will be unlikely if it lands to us this week… An email like that is always worth a day or two longer delay from my experience.

So that was the bad news.. Slightly delayed but if ships tonight could well still land for Friday but the email brought good news also… I am getting 10 more of the indies vinyl version… Myself and the rep done a bit of a dance over this title… He maybe has 2k or 3k of the indies one for the UK and Ireland… So that would mean as few as 2 or 3 hundred for here…. He sends out an email looking for forecasts from us (how many we think we will sell) and then we do a dance… He steps out and I step in again type of thing… Here’s what was said…

REP :
Hi, How many of the limited LP will you need?

ME :
could i get 75 copies do you think? if not …let me know the number so i dont oversell it…( thats very important) let me know sir..im at 13 copies already…if i was braver id ask for 100
let me know
thanks,
ray

REP :
Oh dear
I wish I could do that many
I’m thinking 30 for now
Such a headache this record

ME
ah sur…i understand…30 for sure for now…?
and i might do a waiting list maybe…?
or 30 full stop…
thanks
Ray

ME
ok…its getting worse…ill say no more!
25 for sure so…just to confirm
thanks
ray

REP:
Sorry this is getting a bit like the scene in life Brian
Gonna have to say 20 final offer. Tryig to juggling qties and make fair across all Irish accounts

So you can see it was a bit of a dance… To make a short story long anyway, getting 10 more copies… The things you do for love… Sin sin 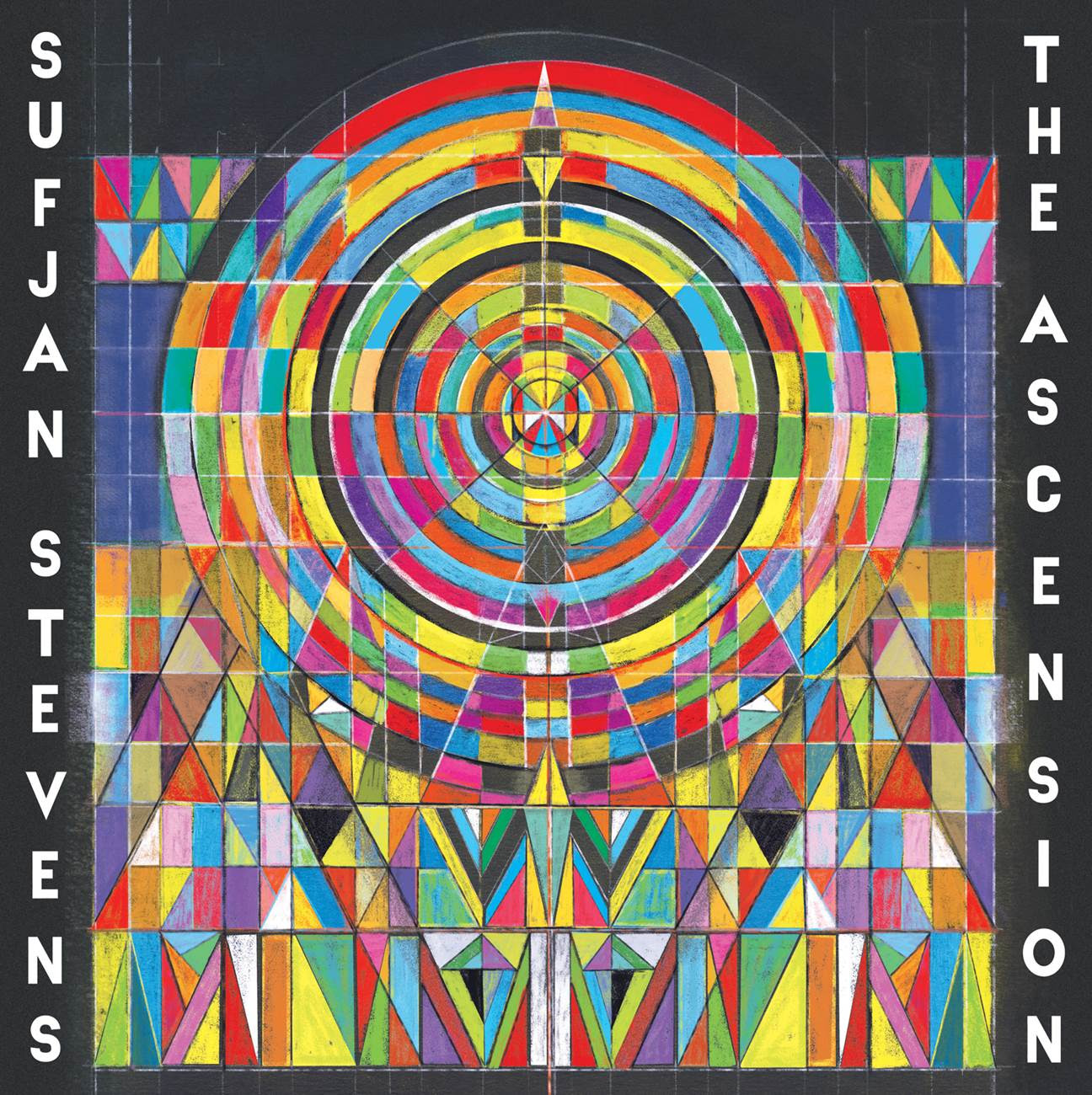 Also in this weekend is the ROISIN MURPHY new record “ RÓISÍN MACHINE” and we have some exclusive 12 by 12” prints with the LP, and we have some signed CDs also. Roisin is the berries and like Neil Hannon is an unsung hero of Irish music… Great supporter of records and record shops also hence the trés cool prints and signed stuff… Really hope the album does great, will be plenty of plays in our little shop anyway…. Róisín on Graham Norton at the weekend I think. 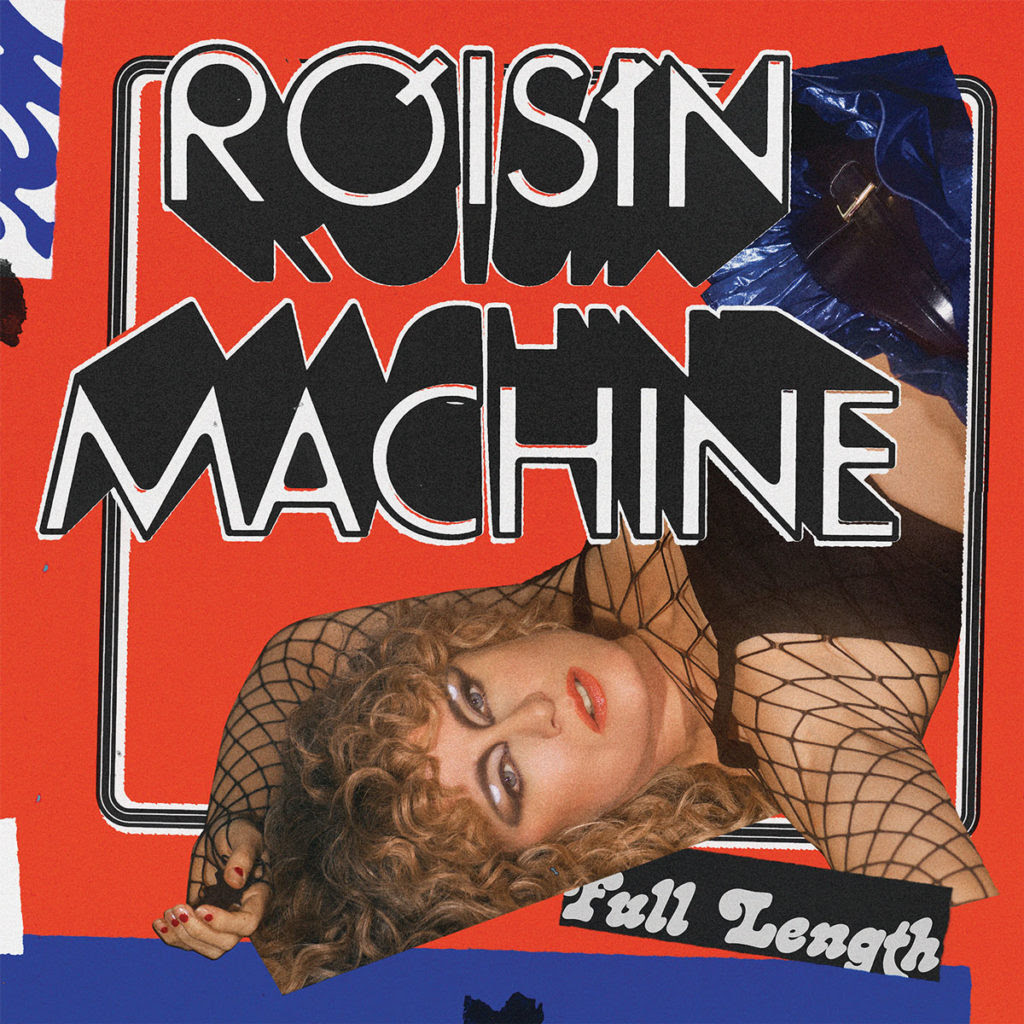 We/ye are spoiled with signed stuff this week as COREY TAYLOR from Slipknot releases a solo album “CMFT” on CD and LP… Signed copies available of these also (not for long i’d say).. Warner have new ones also from GROOVE ARMADA, JONSI, ROBERT PLANT CD Anthology, SIGUR ROS () VINYL reissue.

Sony for friday have the ROGER WATERS “Us and Them” release, a MARIAH CAREY reissue and DEANO Christmas album. The Orchard for this Friday have the 25th Anniversary of the “(Whats the Story?) Morning Glory” album by OASIS on Silver Vinyl.

Crikey we are busy boys lately with releases.

Moving on to the 9th so…

Before that, just to let ye know i’m missing Friday as its son number 2s Communion, only found out Monday about it.. Was to be a few weeks later than that… Originally May… Small fry, Covid fry again though…. So the lads will cover me Friday, i’m in Saturday morning for most of the day then.

Anyway the 9th, National album day… I wont get too caught up in it as i probably am preaching the converted anyway but I can’t see how albums won’t be around for a very long time. It’s an ARTefact, a creation from a period in your life (that can be passed on to your great grandchildren… He made that… Feck off).. It is a body of work to compare and compete with your peers… I think every band worth its salt sets out to make the greatest record they can make… It’s ultimately how they will be judged… On the songs… Perform them well live then they will be judged on that also but it starts with the song… Without that there is nothing… Folks are always going to put a bunch of songs together I feel… It’s organic… I know Mr. ELK thinks different to me and his comments a few months back now about how some musicians are working in the dark ages as regards making and releasing music… He believes as a musician you need to be staying engaged with your fans very frequently… New song every 2 or 3 weeks type of thing… Suits his business model that… Albums suit my business model!! Erra there is an argument and a place for both of them I think… Albums are there for a while now though… Watch out for the next shark in the digital waters though Daniel… Right so anyone for the last few iTunes vouchers there now folks…

The 9th sees a rack if stuff…time agin me so im going to just rattle them…NATIONAL ALBUM DAY stuff and normal releases all horsed in here together folks…i do apologise. 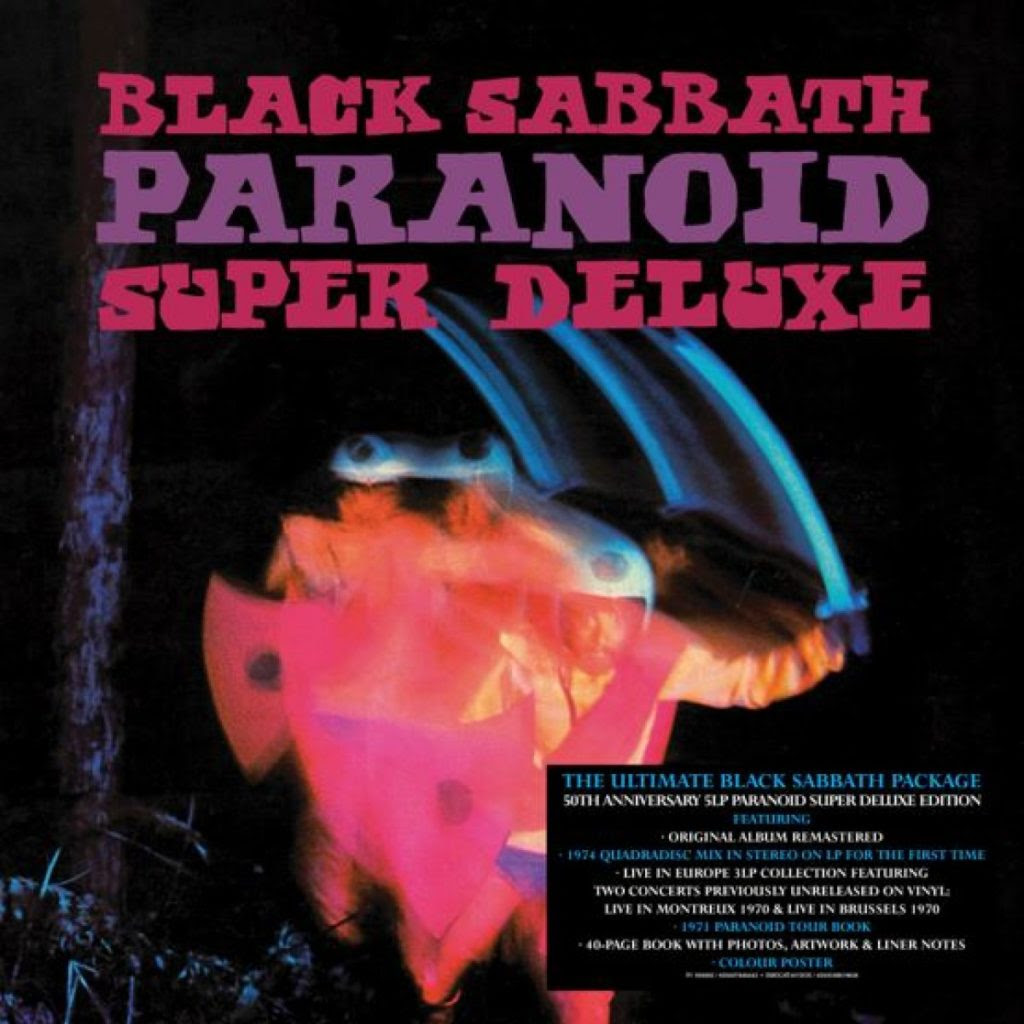 Bobby will give ye all a quick rundown on the announcements in the past week..

Few nice bits announced this week for release over the coming months, now up for pre-order.
Starting us off, PINK FLOYD are set to release a new, “Re-Stored, Re-Edited and Remixed” version of live album “Delicate Sound Of Thunder” in November. Lots of different formats, a 2CD/BluRay/DVD set, 3LP Vinyl version, 2CD and DVD. Some of the formats feature tracks not released on the original release of the album, nice one!

There is a new KURT VILE E.P set to be released, 5 tracks. “Speed, Sound, and Lonely KV” is the title, and it will feature a duet with the late JOHN PRINE..

FLEET FOXES have released a new album “Shore”, have heard a few bits and sounding very good again. Their last album is one I still listen to quite a lot, great memories of seeing them and working for the gigs in the Opera House a few years back now. Anyway, physical formats not out until February, but available now to pre-order on CD, Vinyl or Exclusive Clear Vinyl.

Other bits announced include NEIL YOUNG & CRAZY HORSE “Return To Greendale” gets released as a 2CD, 2LP or Deluxe Box, THE STRANGLER’s “Peaches : The Very Best Of” gets it’s first ever vinyl release, BRITISH SEA POWER have a 15th Anniversary Deluxe Reissue of ‘Open Season’ (the bonus LP on zoetrope vinyl looks great!), KODALINE’s new album gets released on CD or LP, there are three different HEAVEN 17 reissues on clear vinyl announced, and finally RYUICHI SAKAMOTO’s ‘Hidari Ude No Yume‘ gets reissued as a CD, Vinyl or Deluxe 2LP.

Back to the boss-man!

Oh delighted to announce we will have copies of the reissue of the REVELINO debut album with us for the 9th of October also… 25 bucks!

Some Kila records landed in also this week.

Right so the 16th of October… MATT BERNINGER, of the you know who i’m sure, has a solo album “Serpentine Poison” on Indies, Normal or CD. Also out is the new VAMPS album, a nice TANGERINE DREAM 10CD set, PETER GABRIEL “Live in Athens” vinyl reissue, and DEF LEPPARD “Hits Vegas” on various formats.. All of these out via Universal.

ROM have new albums by NIK KERSHAW and our own PADDY HANNA also out on Galway’s Strange Brew record label.

WARNER have THE EAGLES ‘Live From The Forum’ out on Rhino for the 16th of Oct… Four formats on this one.. IAN DURY ‘Hit Me : Best Of’ Compilation on BMG, and a stone wall classic gets reissued on Nonesuch for the 16th : Emmylou’s “Wrecking Ball”.. €22 best price pre-order job… Nonesuch normally about 40 quid retail on vinyl so I is hoping this ain’t a mistake…

KATIE MELUA has a new album out on the 16th also, there is a MASTODON Limited Pink Vinyl ‘Medium Rarities’ release, a PIXIES Single out, and last but not least from Warner is the TOM PETTY “Wildflowers & All The Rest” reissues…

PROPER has SUN RA’s “A Fireside Chat with Lucifer”.

PIAS has a deluxe version of BLACK PUMAS‘ album with bonus new songs and a brand new KEVIN MORBY for the 16th also.

As always the email and website are open for biz… As is the siopa.

As my dear mam used to say to me when I was a small boy…. Stay in by the wall.

Stay in by the wall.
Sin é for this week folks
Ray, Bobby and Shane
musiczone.ie