Releases in the good siopa today Musiczone.ie include THE GLOAMING 3 LP release, as well as brand new LPs and CDs by LAMBCHOP, PATTY GRIFFIN, LUTHER DICKINSON, JENNY LEWIS, SLEEPER, LIL YACHTY, STRAND OF OAKS, GOORGIO MORODER “Queen of the South” O.S.T, KAREN O + DANGERMOUSE.. Also there is a 3CD or 4LP set by MEGADETH, the next in the batch of NEW ORDER 12” singles with “Temptation”, a live LP set by TOTO, and reissues by JACO PATORIOUS (One of 2k on silver vinyl), and the O.S.T to TAXI DRIVER (two of 2.5k on yellow vinyl), DESMOND DEKKER’s “007 Shanty Town”, and last but not least is JOHN + YOKO’s “Wedding Album” as a nice white vinyl box-set release… 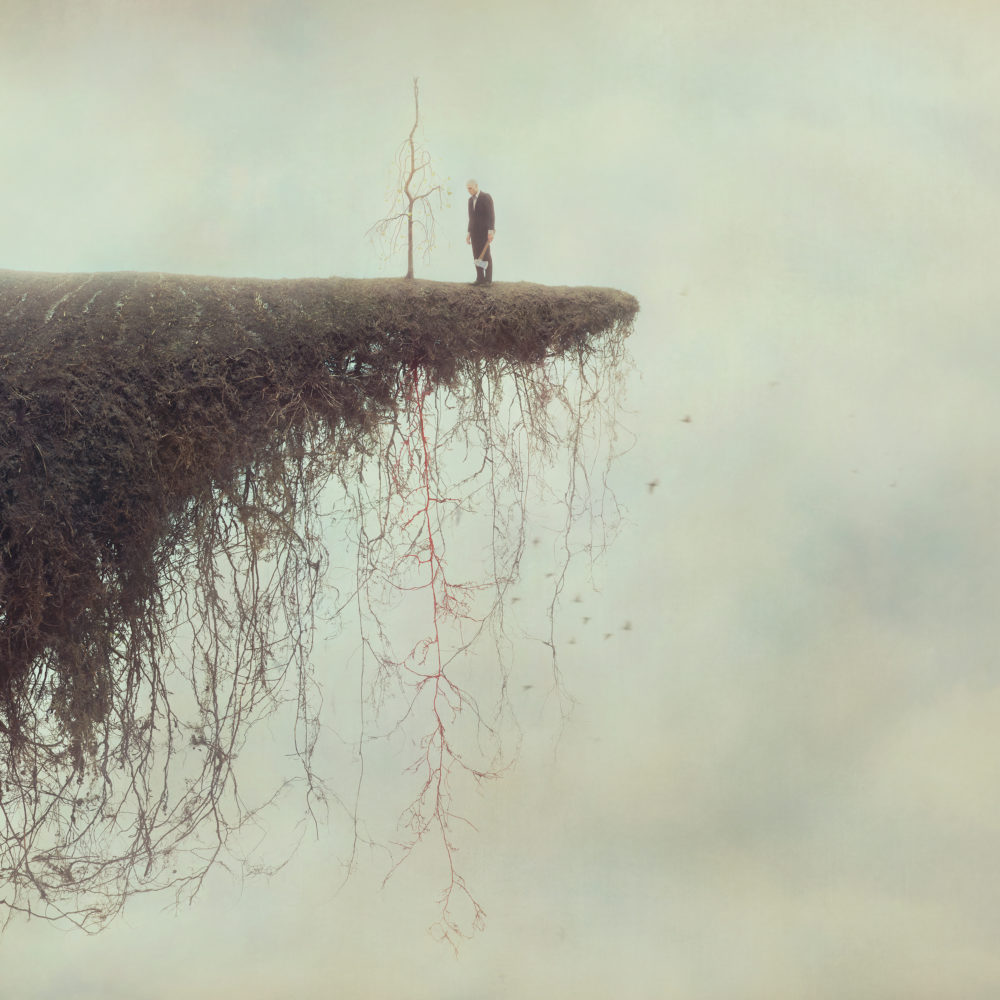 Always a hint of squeaky bum time for me this time of year… Not much I can do about it folks except to be as transparent as possible.. What are you on about now boy???
RSD allocations starting to come in and there has been cuts so problems are so far (so in the cases the earlier the better if you can get in to us… with a chill pill in your packet mas é do thoill é.. Here so far is a list of titles that my wishlist exceeded what I am actually getting, in most cases only by one copy to be honest…. May the cards fall and all that… Here’s the problems so far..
Specials single, Queen stuff, Motorhead single, Elvis Costello, John Lennon, Broken Social Scene,  and Weezer (the B-Sides one)… Early bird blah blah blah… Sorry.. I suppose if everyone in every record shop in the UK and Ireland got everything they wanted every year.. The exclusivity would be washed off the event.. It could die off faster that the pricing might kill it… That’s it for RSD for this week.. Next week the music should be announced.. (Bit of a pain in the ring also if i’m to be honest!!)

Anyway, look on to the releases for the 29th of March and there is a few really interesting ones (to me anyway!) so i’m going to start wit PIAS (happy birthday Bonnie O’ Brien!!).. Domino present HENRYK GORECKI Symphony No. 3 (Symphony of Sorrowful Songs), performed by BETH GIBBON‘s and the POLISH NATIONAL RADIO SYMPHONY ORCHESTRA, conducted by PENDERECKI. Available as a CD or LP, or an indies only CD/DVD or indies only coloured LP with DVD… Beth is supposed to have completely immersed herself in the project.. Obviously the language and the content also.. Could be a spine tingler me thinks.. Hardly nothing online yet with it… 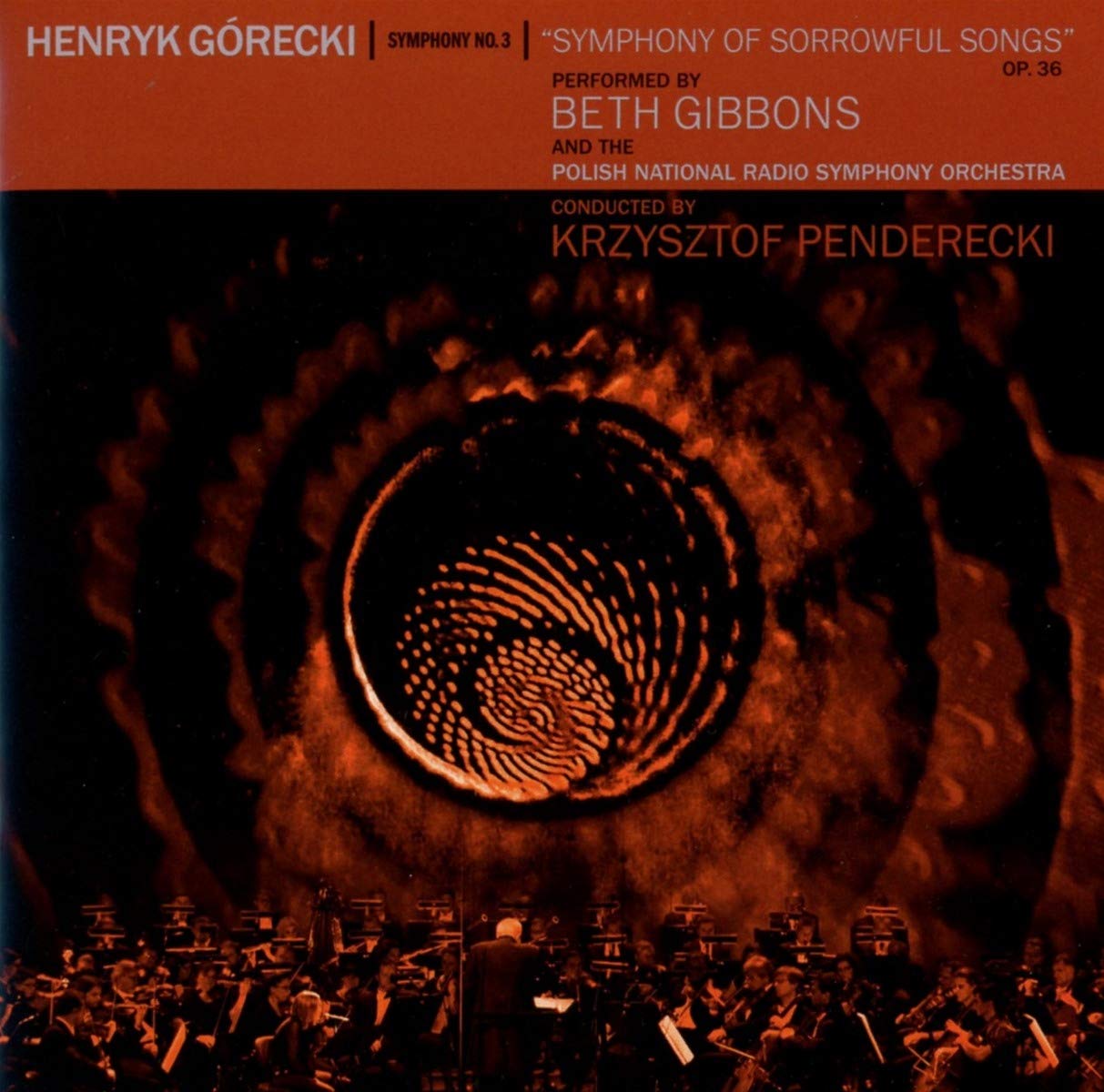 STEVE EARLE and THE DUKES have tribute album called “Guy”, to Earle’s dear friend Guy Clarke. A covers album of Guy’s songs.. Indies only blue vinyl available on this one.. PIAS lastly have a live album by TY SEGALL..

Ok so, Universal for the 29th of March have the debut album by BILLIE EILISH.. Excuse my ignorance here but I thought she was a teeny bopper artist.. (And nothing wrong with that in my opinion, I like pop).. But sh*t was I wrong about her.. The couple of tunes I have heard are different, dark and interesting.. The debut album is called “When We Fall Asleep, Where Do We Go?”.. Check out a tune here from the new album
https://www.youtube.com/watch?v=HUHC9tYz8ik

This cailín only turned 17 in December gone, writes or co-writes these songs with her brother Finneas O’ Connell, who also produces her.. Billie Eilish O’ Connell.. Dad is one of our clan by the way.. Could be a huge huge star.. She definitely caught my attention.. Album is available as CD, Clasmshell CD with 3 lithos, posters, tattoos and sticker sheet.. Also available as an indies only pale yellow vinyl on initials… Maith an cailín I say anyway.. Interesting brood i’d say.. Home schooled the kids were.. Anyway, enough for me now.. One to watch… 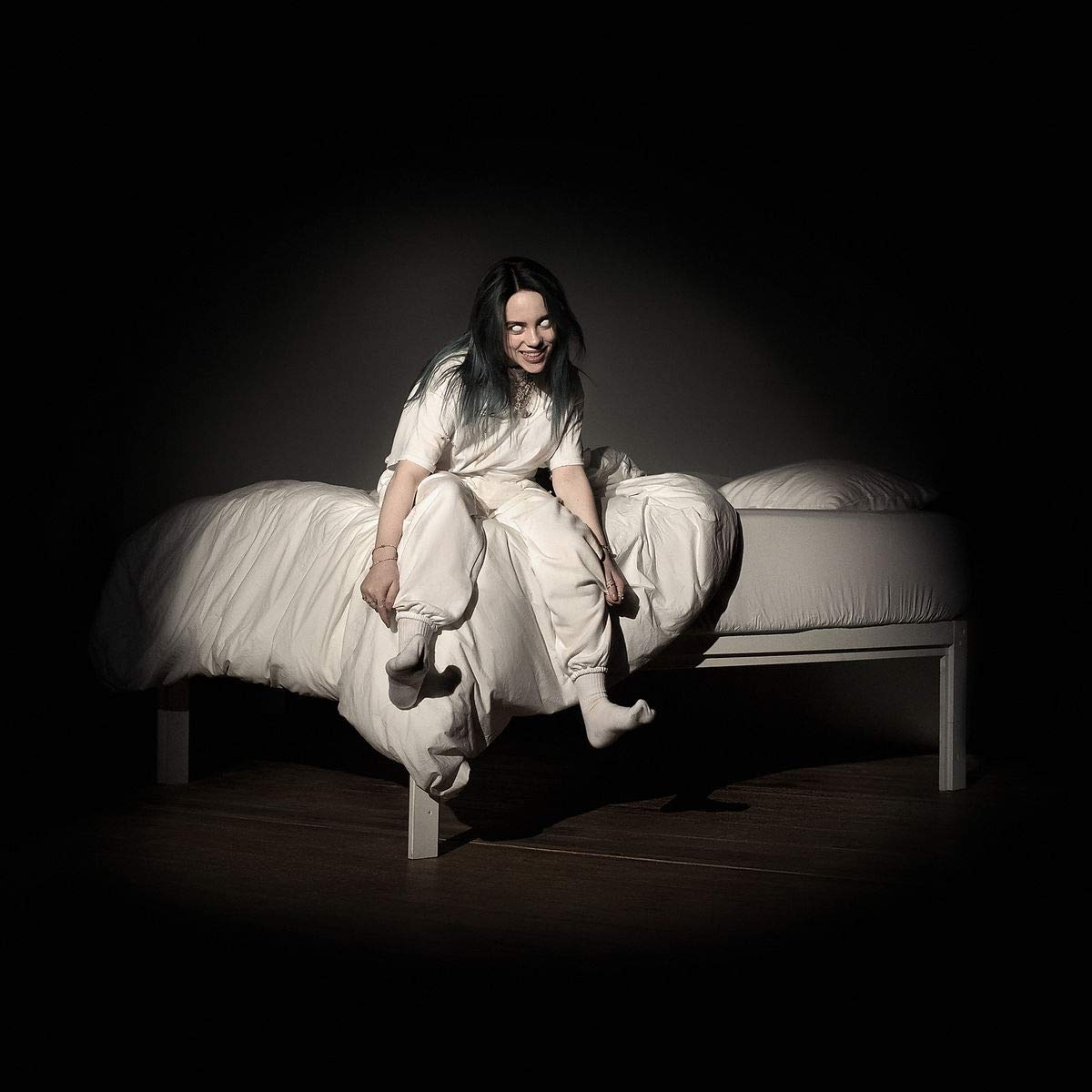 In 1976, Frank Zappa played four historic sold-out concerts at The Palladium in New York City the week between Christmas and New Year’s. These thrilling shows – described by band member Ruth Underwood as “theatrical, outrageous and raucously funny, but also filled with startling and gorgeous music, dating from Frank’s 1960s output to literally the moment the curtain went up”— served as the source material for the live double album Zappa In New York which was constructed from the best-played performances with overdubs later recorded in the studio.
In celebration of its eventual release in 1978, Zappa In New York will be released on March 29 via Zappa Records/UMC as a suite of expanded anniversary editions to commemorate the album’s recent 40th anniversary. Overseen by the Zappa Family Trust and produced by Ahmet Zappa and Vaultmeister Joe Travers, the expanded versions will be available as a 5CD box set and 3LP 180-gram audiophile grade vinyl. The 5-disc collection, which will be housed in a limited-edition metal tin shaped like a NYC street manhole cover and includes a replica ticket from one of the shows, consists of the main album in its original mix, newly remastered by Bob Ludwig in 2018 and available for the first time since its debut. The four additional discs are loaded with relevant Vault nuggets and more than three hours of unreleased live performances from the NYC Palladium concerts, representing every composition played during the concerts and the best alternate performances of every tune Zappa picked for the original album, all newly mixed in 2018. To achieve the highest-level sound quality, the audio team went back to the original two-inch 24-track multi-track master tapes and transferred every reel at 96kHz 24-bit wavs.  The 3LP set, pressed at Pallas in Germany, features all-analog mastering of the original album mix, unavailable since first issued. Plus, an additional LP of select bonus content from The Vault. 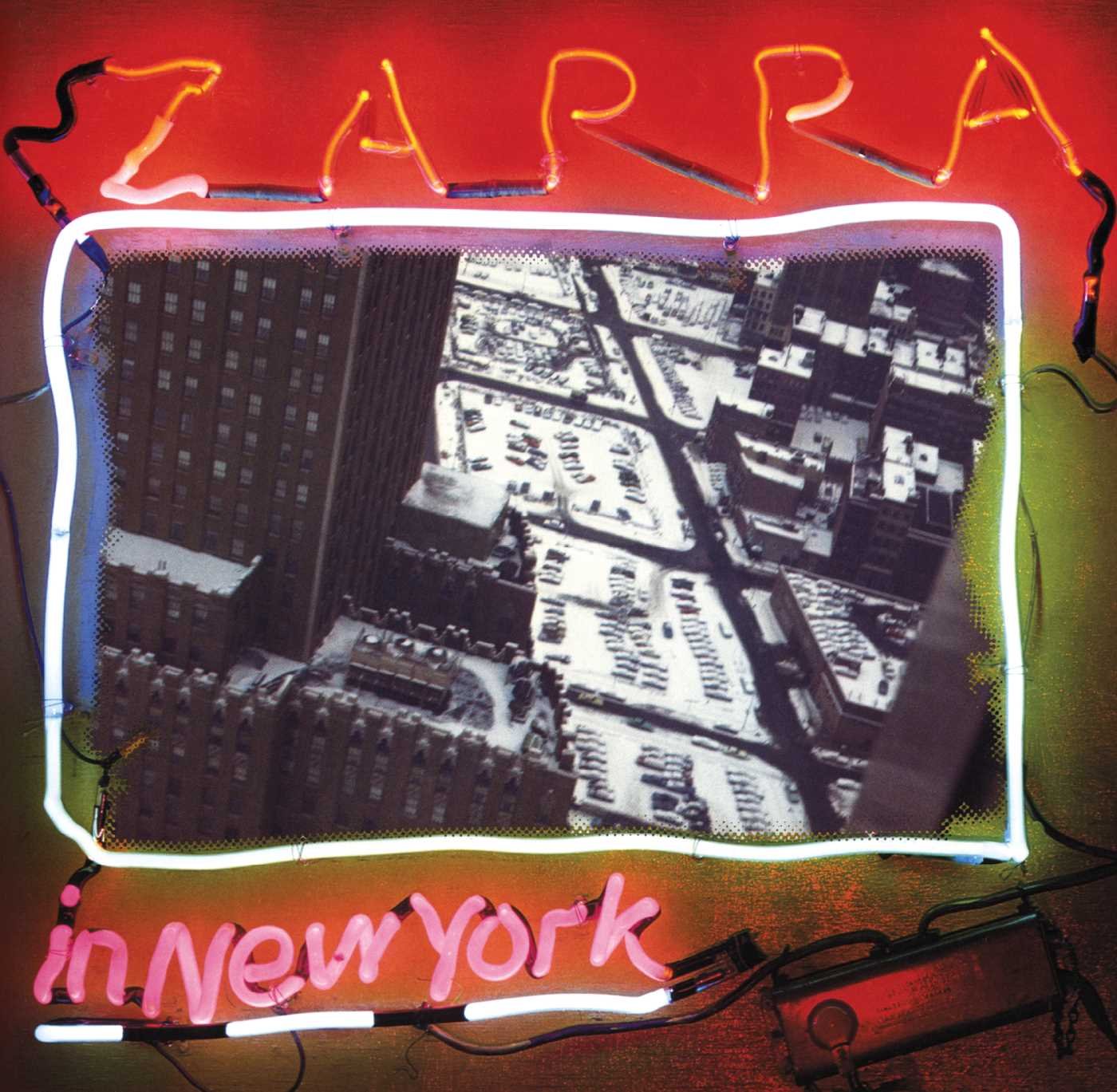 Sony for the 29th of March have the HANS ZIMMER “World of Hans” vinyl box-set..

Republic of Music for the 29th of March have the new album by EDWYN COLLINS… As ye probably know Edwyn had a couple of serious strokes some time back so now his spirit, recovery, creativity, attitude and resilience are nothing short of remarkable.. ROM also have the new WHITE DENIM out on the 29th of March…

Warner for the 29th have the reissue of KEITH RICHARD‘s 1988 debut solo album “Talk Is Cheap”.. Chalk it down Keith boy… I was talking to my kids the older two… Well the middle two really about the Lee Baths earlier tonight when they were going to bed.. They thought I was talking through my hat… The Lee Fields were mad really when you think back on them for those that remember.. It seemed like thousands of kids in freezing cold waters and a few toilets about.. Health and safety out the window back then.. It’s where the Kingsley is now, on the Straight Road. Do you remember the big diving boards.. Just stone slabs if memory serves right.. Wonder when did they close?? I was born in ’74 and remember being out there a few times… Not a parent in sight!!! Anyway, Keith Richards reissue is on CD, 2CD, Black LP or indies only and very very limited red vinyl.. Box available as well which was mentioned last week..

The Orchard for the 29th of March have new albums from UNKLE called “The Road Part II” on 2CD or Deluxe 4CD or indies only 3LP set.. New ones also from C. DUNCAN AND SON VOLT both of these with indies only LPs. DEVIN TOWNSEND new album also on CD..