Hi everyone,
Hope all is well out there… Trying to catch up after a deluge of stock hit the shop last week.. A bit calmer this week and it ramps on big time again next week.. So hitting the siopa this Friday the 16th of October via Universal is the MATT BERNINGER solo album ‘Serpentine Prison’, DEF LEPPARD’s ‘Hits Vegas’, PETER GABRIEL ‘Live in Athens’ 1987 vinyl, new VAMPS album ons CD and THE WHO ‘Essential’ on CD also..

Warner for the 16th have the deluxe TOM PETTY reissues of ‘Wildflowers & All The Rest‘, EAGLES ‘Live From The Forum MMXVIII’, IAN DURY ‘Best Of’ on vinyl, KATIE MELUA ‘Album No. 8’, and PIXIES ‘Hear Me Out’ Single… 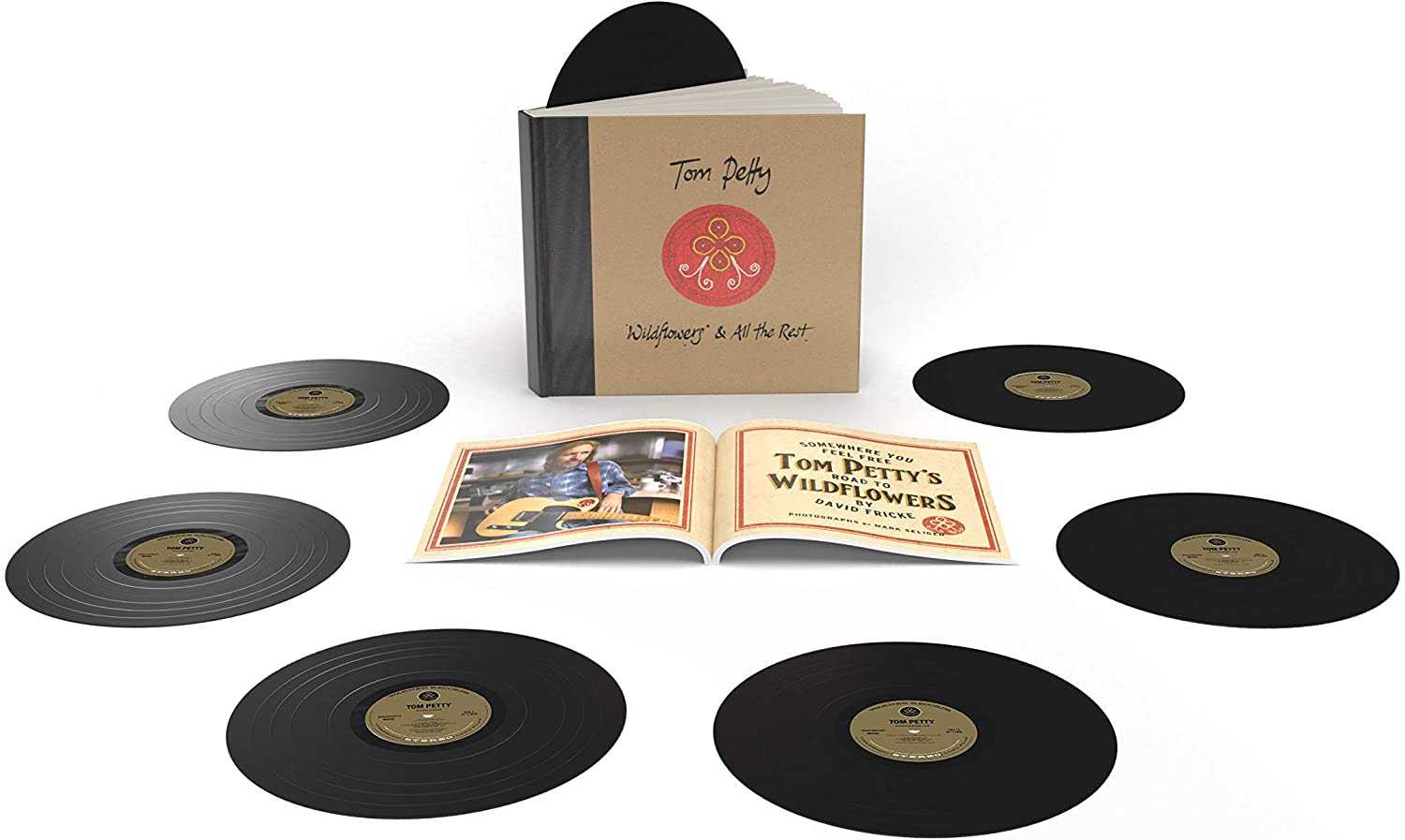 PIAS for the 16th of October have the new KEVIN MORBY album and also the deluxe CD version of the BLACK PUMAS debut.. Vinyl looks delayed to me..

I definitely forgot a few for the 16th i’d say (not getting younger like!!) but I think that’s the bones of it… Next weekend, or October 23rd / 24th is a bit mad again though (i’m loosely presuming the doors will be still open or call and collect might be available.. But sure who knows… Let’s wait and see).. When I say mad, I mean mad with releases…

So October 23rd is BRUCE & THE E-STREET BAND’s new album ‘Letter To You’ on CD, standard LP, and indies only coloured LP... Sony also have the PEARL JAM ‘MTV Unplugged’ CD. 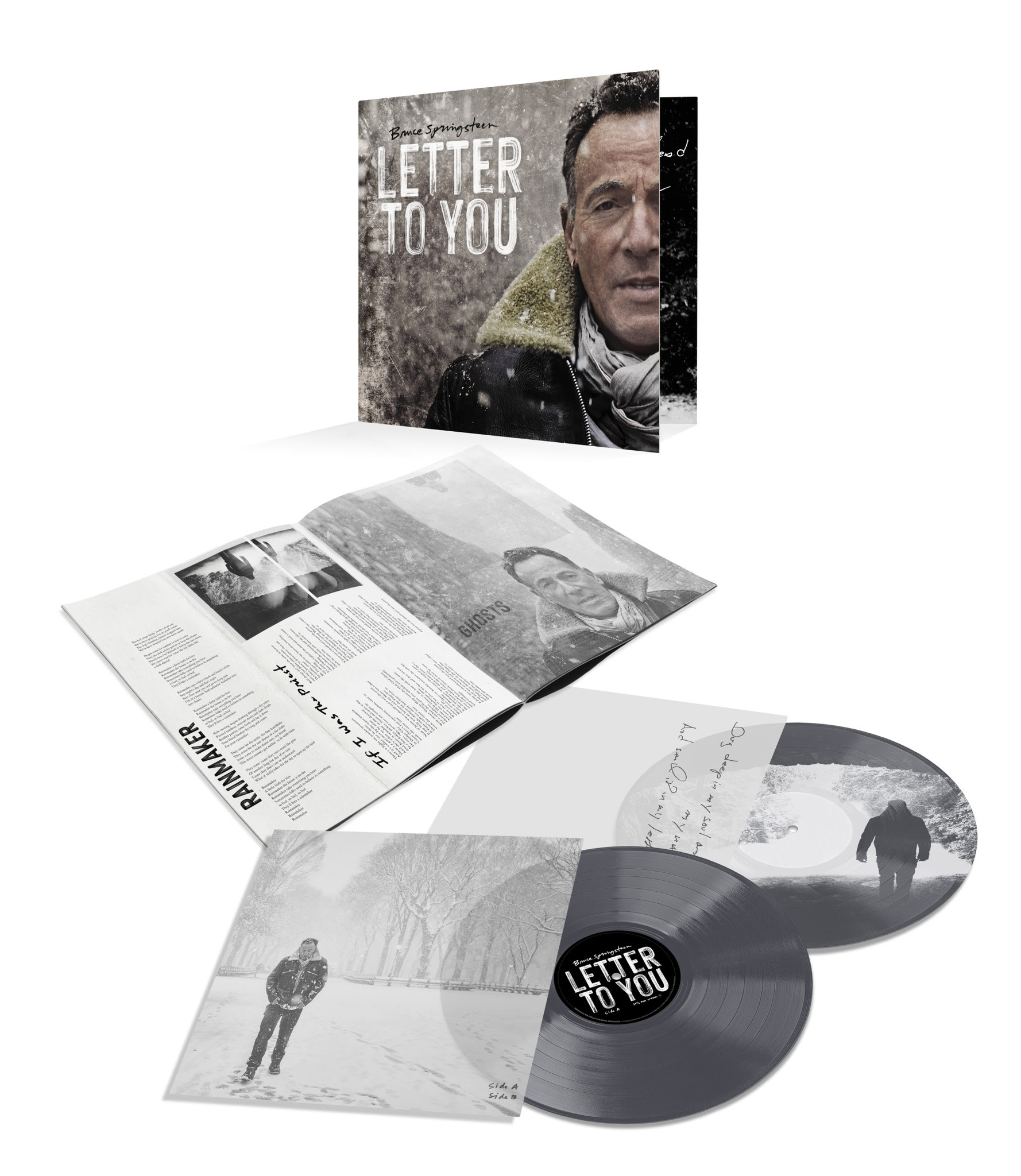 Uni for the 23rd of Oct have the THIN LIZZY CD Boxset, a BEASTIE BOYS compilation on CD and 2LP, and BLOSSOMS’ new session / live album ‘In Isolation / Live From The Plaza Theatre, Stockport’ on CD and indies blue / pink vinyl…

WEA for the 23rd of October have the new GORILLAZ album, which has a nice indies only vinyl, new FAITHLESS album, new JOE BONAMASSA album and a GREG LAKE anthology also…

PIAS for the 23rd have the new ADRIANNE LENKER solo album ‘Songs & Instrumentals“, DRIVE BY TRUCKERS’ ‘Live From Austin, Texas’ vinyl only, SONGHOY BLUES new album, new THIS IS THE KIT album on Rough Trade also… 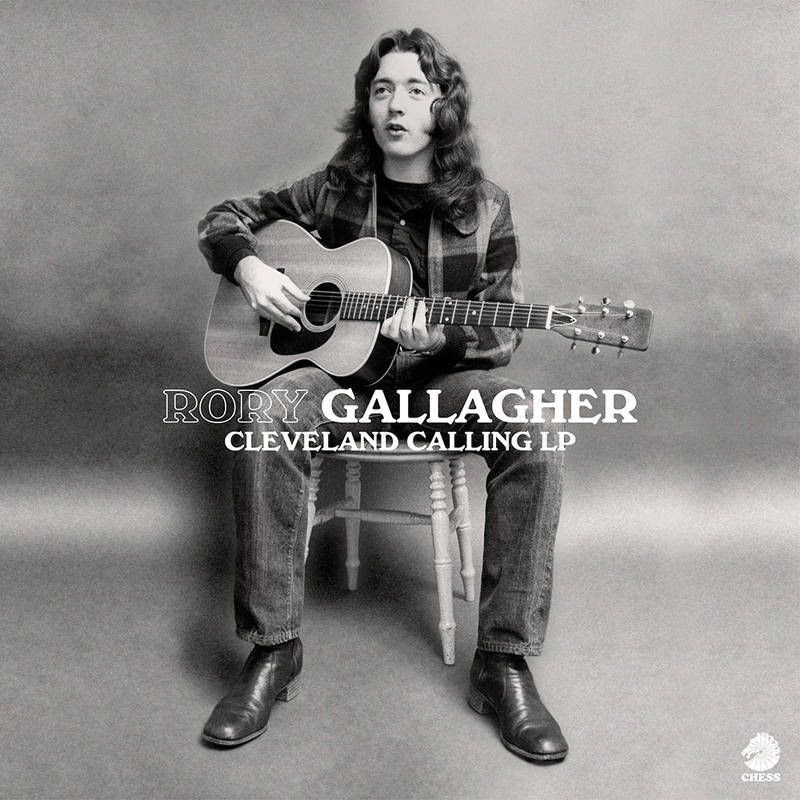 Right so, Bobby will run through some announcements in the last week here now.. Some nice things in the pipeline..

Starting us off this week is also what we started with last week! Final edition of the AC/DC new album ‘Power Up’ is now up on the site, and it’s the limited edition CD boxset. Comes with a chargeable box which has a logo which lights up, while the opening of the ‘Shot In The Dark’ plays through an in-built speaker. Also comes with a 20-Page book, and of course, a charging cable! Few other nice bits announced again in the last 7 days. BILLIE JOE ARMSTRONG of Green Day has a new covers album coming out (indies only baby blue vinyl on this one), which he has recorded during lockdown.

The yearly release with the Royal Philharmonic Orchestra has been announced, and another nice one this year. JOHNNY CASH & THE ROYAL PHILHARMONIC ORCHESTRA is due in November on CD or LP.

Also announced for release over the coming weeks are four THE DURUTTI COLUMN reissues from the 2000s, all on coloured vinyl, and I believe all first timers on vinyl.

The Sony release schedule for November is now up, and includes limited clear vinyl record reissues by SIMON & GARFUNKEL, MEAT LOAF and MILES DAVIS, as well as new releases from PALOMA FAITH, LITTLE MIX, a new ELVIS PRESLEY ‘From Elvis In Nashville’ CD set release or standard vinyl,  The Very Best of PETER GREEN’S FLEETWOOD MAC gets a vinyl release, there are a blast of MARIAH CAREY reissues, HANS ZIMMER’s ‘Interstellar’ Soundtrack is releases as a 2CD or 4LP, THE JIMI HENDRIX EXPERIENCE’s ‘Live in Muai’ is coming as a 2CD/BluRay set, and there is a SANTANA ‘Moonflower’ reissue. Finally for this week, Warner have a 3CD new early CHRIS REA compilation album, entitled ERA 1 : As, Bs & Rarities 1978-1984′.

Back to the bossman!

Universal have the U2 ‘All That You Can’t Leave Behind’ reissues on loads of formats.. If you are interested you know where we are.. Best price pre-order jobs still there..

Uni also have for the 30th the new SAM SMITH album on CD or LP, as well as a deluxe version of the latest album from THE WHO ‘WHO’.. 2CD out for this on Oct 30th, and then a 7” Boxset / CD set due in December now.. There is also a brand new album by ELVIS COSTELLO ‘Hey Clockface’ on a few physical formats, DIZZIE RASCAL has a new album ‘E3AF’ also. Also via Uni for the 30th October is the much anticipated STYLE COUNCIL 3LP or 2CD compilation ‘Long Ho Summers’, EMBRACE ‘Out Of Nothing’ reissued on limited indies only red vinyl (first timer on vinyl),  and a 50th anniversary of ELTON JOHN’s self titled album on gold vinyl… And yes i’m going to say it.. Oh yes I am… Oh no he’s not… It is… Universal have a nice CHRISTMAS ALBUM 2LP Set..

WEA for the 30th Of Oct have new albums by AMY MACDONALD, BLACK STONE CHERRY ‘The Human Condition’ indies only purple vinyl or deluxe CD, GRATEFUL DEAD Picture Disc reissue of ‘American Beauty’ for the 50th Anniversary, MACHINE HEAD reissue of ‘Burn My Eyes’ 2LP… Moved from a few months ago.. WEA have a big… Yes a big URIAH HEEP boxset.. 23CDs and an LP in the set.. It’s called ’50 Years In Rock’ and we can do it for €145 if interested… WEA also have the MOTORHEAD ‘Ace of Spades’ deluxe boxset and a YES Live album on Vinyl called ‘The Royal Affair’… Lastly for WEA for the 30th of October, they have the JONI MITCHELL ‘Early Years’ 5CD boxset, as well as ‘Early Joni’ LP and a 3LP ‘Live From Canterbury House’ release.. 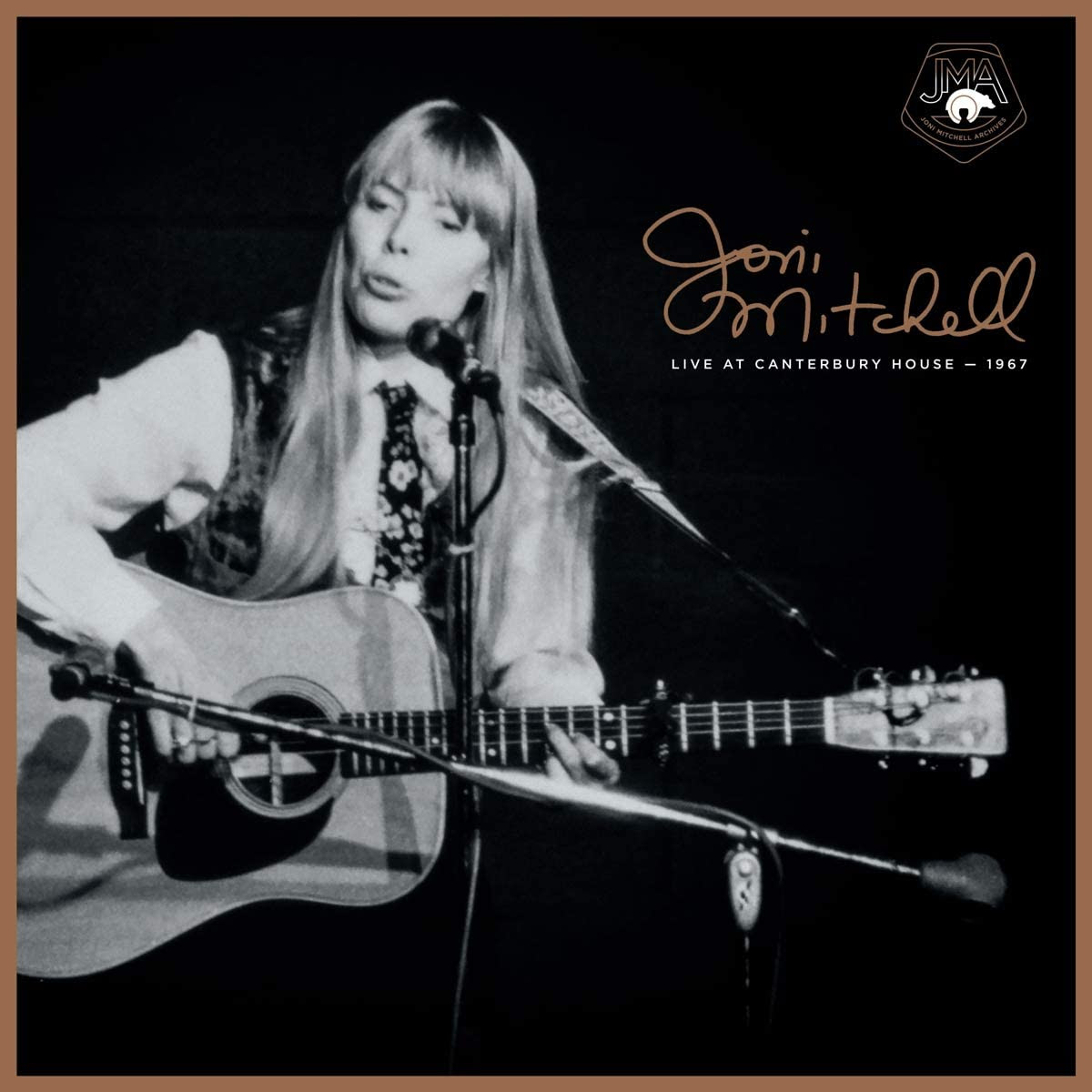 Sony for the 30th of October have the next in the series of the DEPECHE MODE 12” Vinyl Sets.. The next album up.. My own personal favourite Mode album (the live album is even better), is SONGS OF FAITH AND DEVOTION… There has been a few shop soldiers buying these sets from the beginning and granted they are more on the tasty side money wise.. By all accounts they are quality and are worth it… Really well done I am told.. Anyway, ‘Songs of Faith & Devotion’ is next.. Price is best price pre-order job of €150… 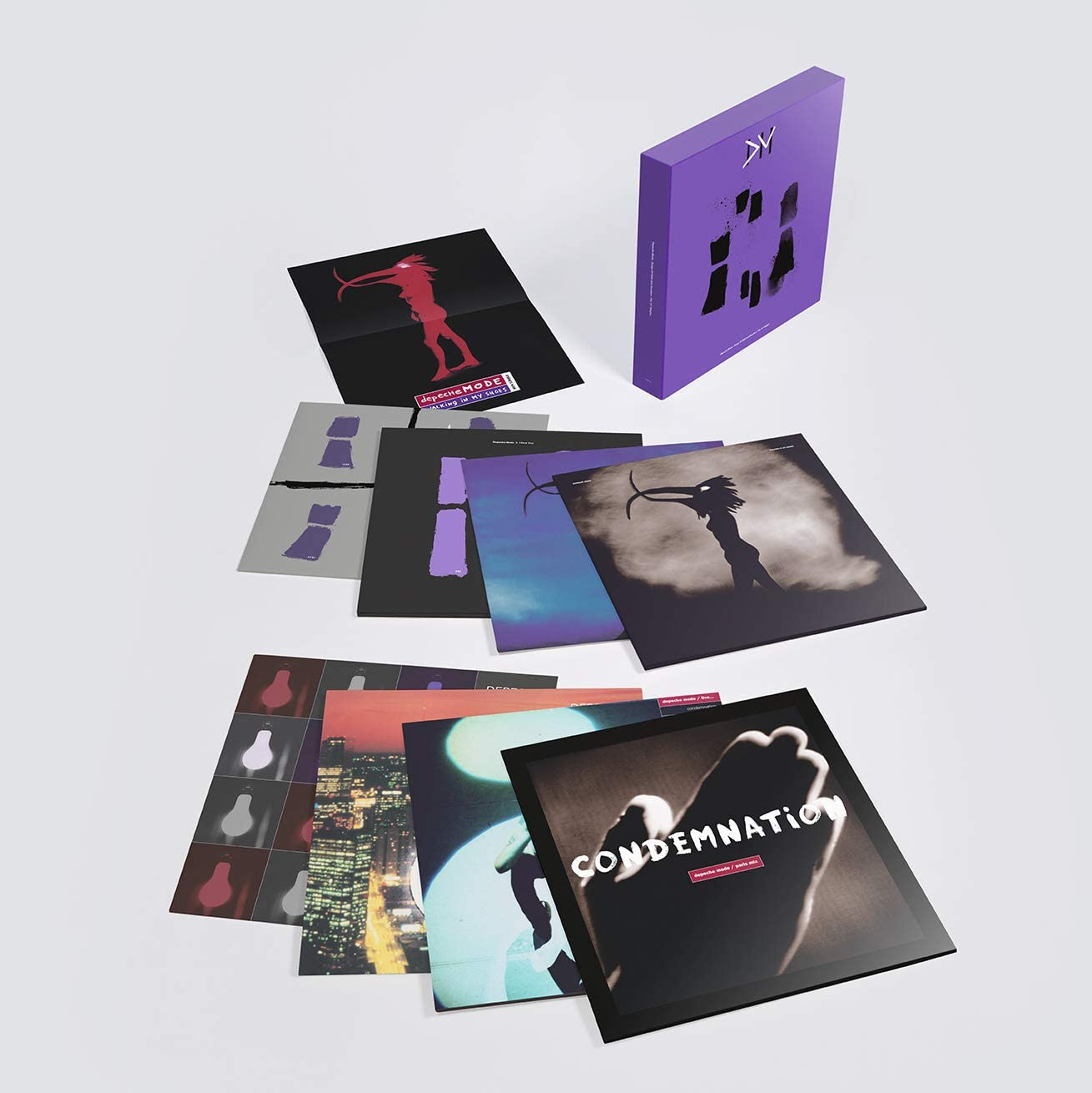 Sony also have some TOTO vinyl reissues, and an interesting MIDNIGHT OIL release ‘The Makaratta Project’.. It’s a themed mini album of collaborations with indigenous artists, available on CD or Yellow vinyl… Lastly Sony have (oh no they have not!) a MEGHAN TRAINOR Christmas album..

The Orchard for the 30th of October have a vinyl reissue of THE PRODIGY live album from 2010 ‘World’s On Fire’ on 2LP, and they have a new JIM WHITE album also..

R.O.M have a new release from SUN RA ARKESTRA on indies gold vinyl, as well as 5LP BOB MARLEY and ELVIS PRESLEY sets..

PIAS for the 30th of October have the new EELS album, and the new SEAMUS FOGERTY is the week after.

One final note.. Sigur Ros ‘Takk’ was due in for release for this Friday.. We ordered 5, and we were charged for it.. Never got it.. What’s known in the industry as a shortage.. I’ll email each of ye who have ordered it from us individually when I know more… Sorry..

Look sin é for this week folks,
Thanks for listening..
Ray, Bobby and Shane,
www.musiczone.ie