Hi everyone,
Hope all is well… Crikey it’s been a strange week… Lots going on ad kind of not going on.. The RSD Lists at last.. More on that later…. Firstly releases in the shop today and we have to start with our boy RORY with the new live album ‘Check Shirt Wizard : Live in 77’… Thanks to Vincent Zara, the artist who painted the cover of the album.. We have had savage demand and interest in the bespoke signed prints… Bare with us as we try to work our way through them… Some CD stock was delayed also but should today I hope!! Should be enough vinyl to do the rounds… A great honour to have the painting displayed on our shop floor.. The painting is now property of the Gallagher Family so we are truly honoured to have it on display until close of play on Saturday 7th… I hope none of ye get Martin Cahill style ambitions… Such a lovely thing to have… 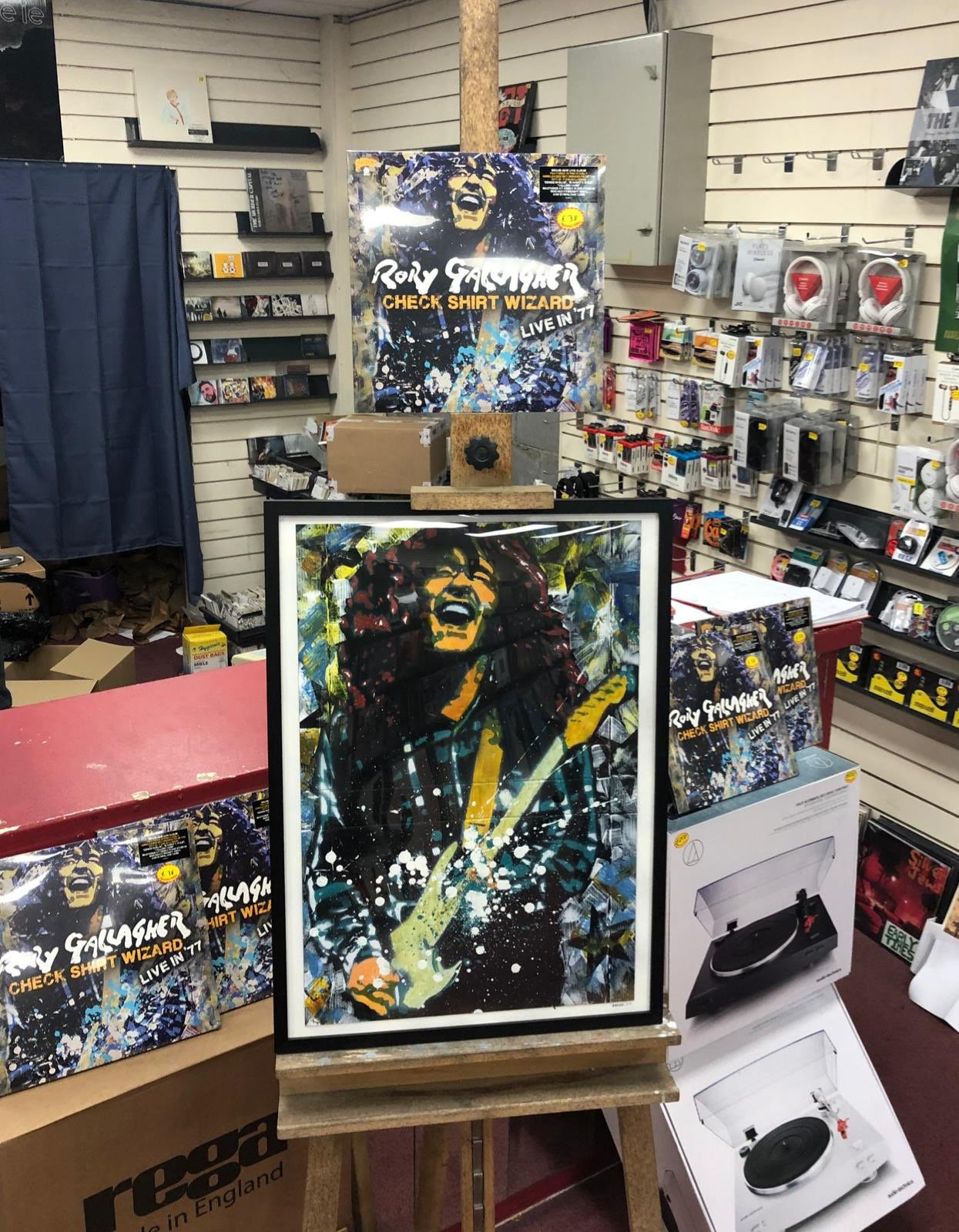 Also in the good siopa Musiczone today are new ones by PAUL HEATON / JACQUI ABBOT, DEACON BLUE, MAC MILLER, NOEL GALLAGHER, JONATHAN WILSON, US GIRLS, STEPHEN MALKMUS as well as live albums by CREAM, MARILLION and reissues by THE WHO, EMBRACE, 2PAC, STATUS QUO, SIMPLE MINDS, HUMAN LEAGUE and a best of vinyl by THE CRANBERRIES…

Video is up for this week with the Bob Man back, and this week there was a lovely suprice act of (recyclable) kindness to the shop in the video! Thank you to our mystery parcel sender!
https://musiczone.ie/videos/

Before I move on to next week Friday the 13th of March…. A little on RSD..

I suppose most of ye know the drill with it by now… Record Store Day is a celebration of Record Shops one day a year (normally third Saturday in April unless Easter gets in the way)… Artists, bands and labels release bespoke, limited albums to support the shop and drive customers to the shops… It has flaws but above is the premise… It’s based on a strictly first come first served on Saturday morning of the 18th of April this year… The official RSD20 list is attached here but hopefully by early next week we will send out lists again but crucially with prices for each of the record companies.. So if ye can hold fire until then that would be great… Then email (is best) us back with your wish or wishes from the list ideally for me with the record company next to it… Over 500 titles so no company makes my life a lot harder in the process.. So please company name if possible… Send us back your ‘wish lists’ does not guarantee anything i’m afraid.. No promises… But it allows me to order your record (especially if it’s obscure and I may not have taken a chance on it otherwise)… There are over 500 records released so I suppose i’m asking for help with it.. Ok some are no brainers.. But others are crystal ball jobs.. So help.. Without any guarantees.. You’re some boy Raymond!!

The wish lists also allow me to fight harder when I know 10 or 12 folk are chasing The Cure releases.. I hope you have an idea of it now if RSD is new to you… For the old hands.. Same o same o… And please everyone take it in the spirit it was set up for.. To celebrate Independent Record Shops… We will get the lists out with prices and record companies early next week.. Let the fun commence… Here is the full RSD2020 list with no pricing 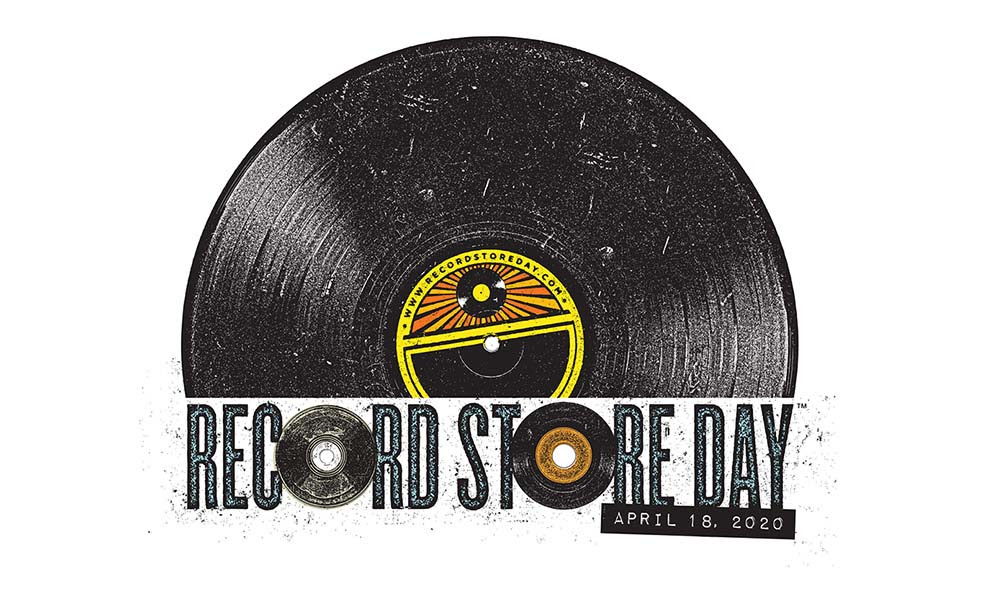 Right so right so…. Moving on to releases for the 13th of March… Warner have a deluxe reissue of ‘In A Lifetime’ by CLANNAD which has 2 brand new tracks…. There is a few physical formats with 4CDs, 3LPs + 7” Single, there is a 2CD Mediabook, a 2CD or a 2LP smoky coloured vinyl… Staying with classic Irish bands, Warner via BMG have the new BOOMTOWN RATS album ‘Citizens of Boomtown’ on standard black black LP, CD, or indies only gold vinyl… The Rats are back!! Warner also has new albums by CODE ORANGE, GROUPLOVE and THE SHIRES… 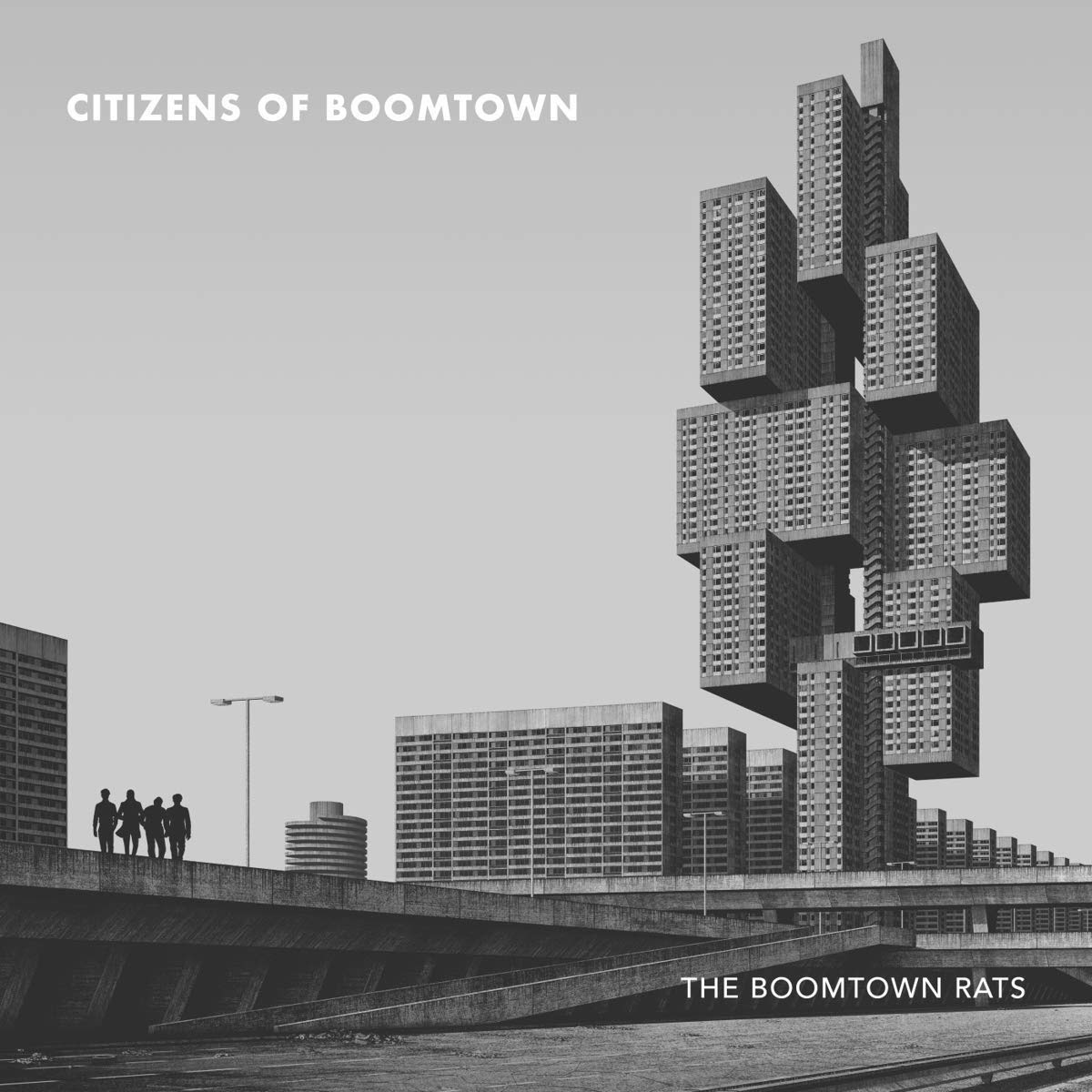 PIAS for the 13th has new albums by ULTRAISTA (consisting of Nigel Godrick), PORCHES and CIRCA WAVES..

Universal for the 13th of march have a TEARS FOR FEARS reissue of ‘Songs From The Big Chair’ as a vinyl picture disc or a 4CD/2DVD set, a new NIALL HORAN CD, a new WESTLIFE DVD, ABBA ‘Live At Wembley’ 3LP Half Speed Master at Abbey Road, STAR WARS ‘Rise of Skywalker’ vinyl by JOHN WILLIAMS, some Bluenote reissues by ELVIN JONES and ART TAYLOR, and the JUSTIN BIEBER new album on coloured vinyl also….

Sony for the 13th of March has MILES DAVIS ‘Music From and Inspired By The Birth Of Cool’, as well as the Trolls 2 OST on CD…. 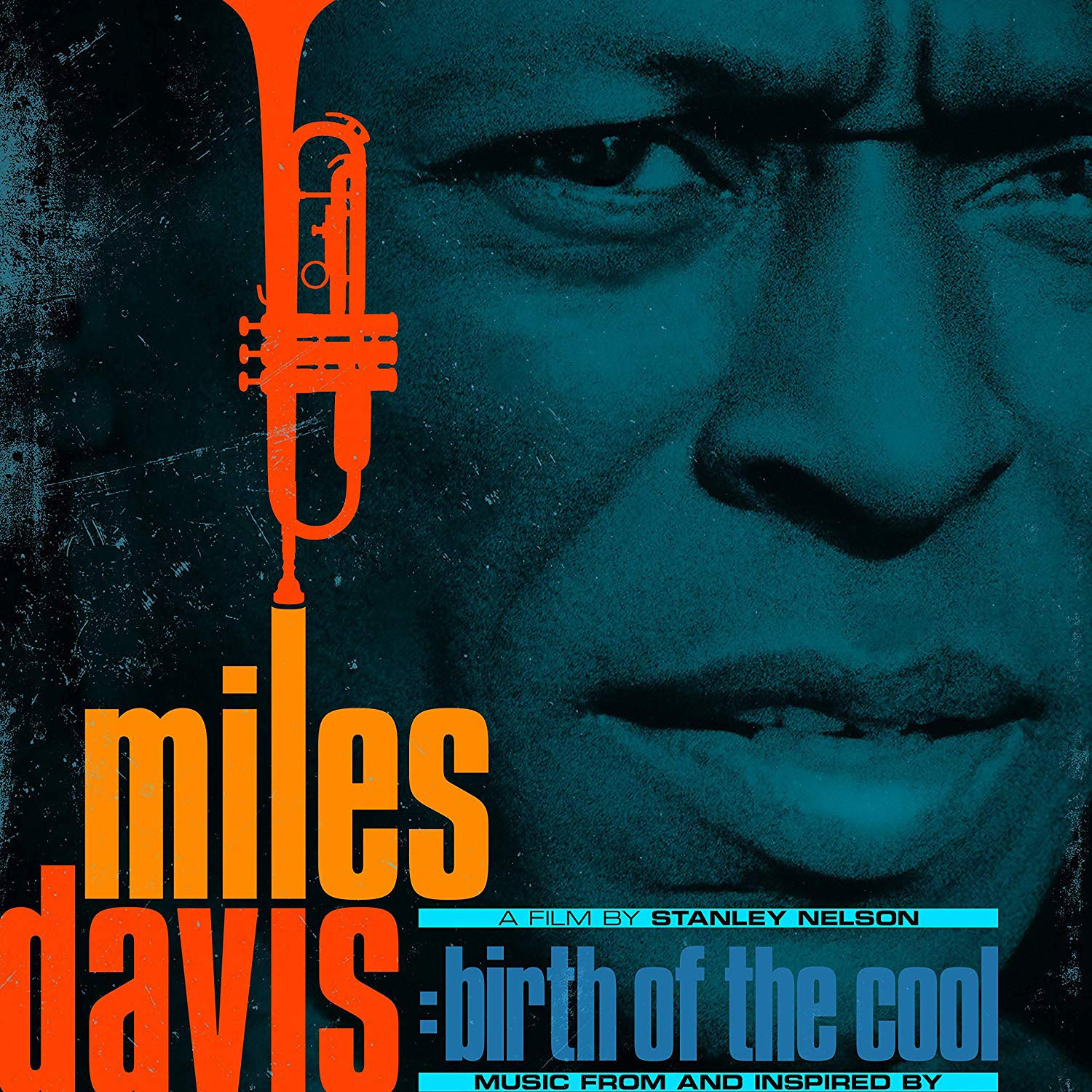 Republic of Music for the 13th of March have the new HILARY WOODS album on Sacred Bones ‘Birthmarks’,

Cargo for the 13th have a new MARIA MCKEE album…

Proper for the 13th have the THERAPY ‘Best Of’ on 2CD or vinyl..

To coincide with the bands ‘So Much for the 30 Year Plan Tour’, Therapy? re-recorded their 12 UK Top 40 hits, many of which have become standout anthems, in Abbey Road to bring the tracks into the present. The band worked with producer Chris Sheldon, who produced  the  original ‘Troublegum’ album, as well as working on ‘Semi-Detached’, ‘High Anxiety’ and the band’s latest record ‘CLEAVE’, to record the 12-track album that includes all their UK hits including ‘Screamager’ and a reworking of their classic Hüsker Dü cover ‘Diane’. Featuring JamesDean Bradfield of Manic Street Preachers on ‘Die Laughing’, the band reflect on their great time touring and growing as a band over the past thirty years.Exclusive to the CD edition on release is ‘Official Bootleg (1990-2020)’, a 15-track compilation made from the bands personal archive of live recordings, comprised of 1 song fromeach studio album. 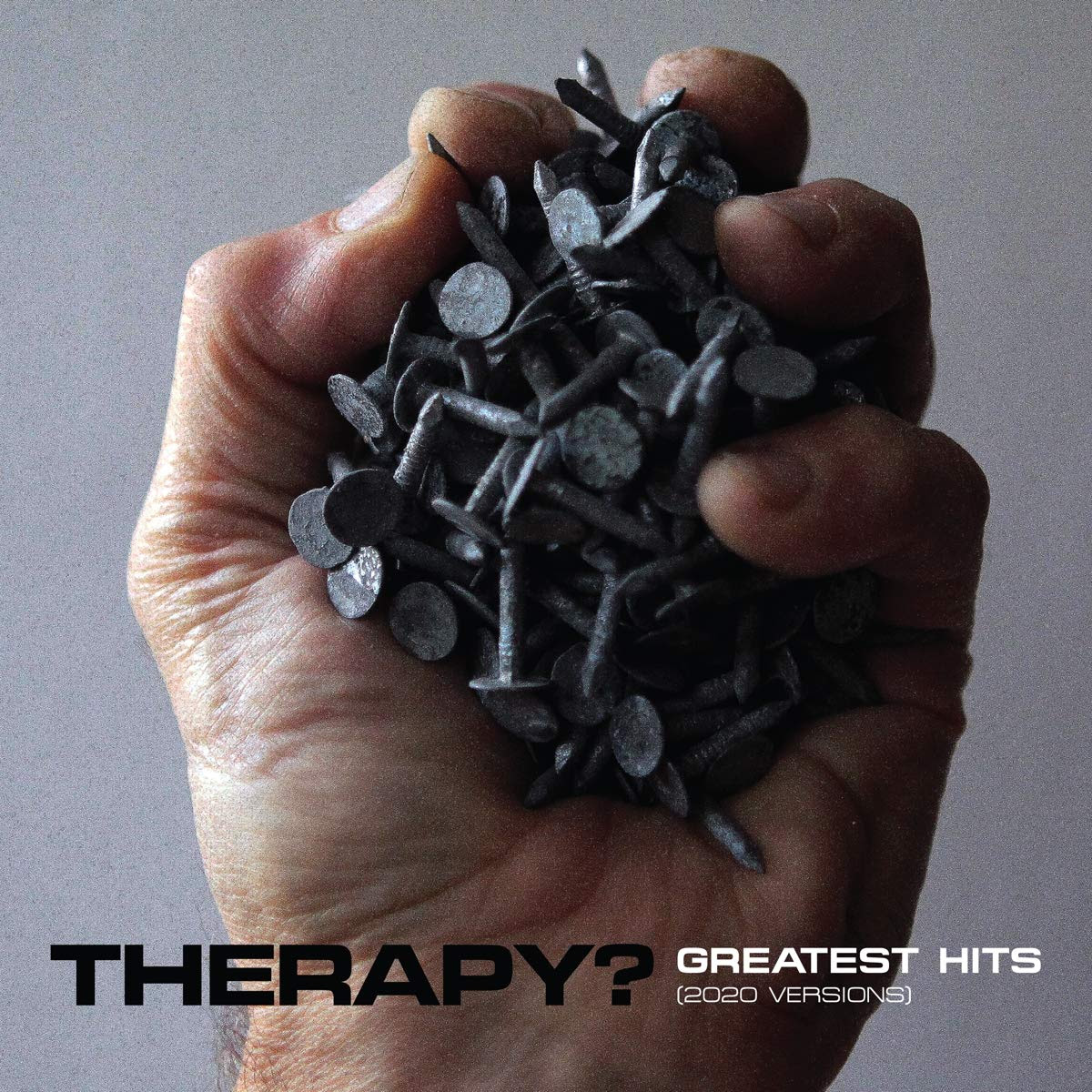