Hi everyone,
Hope all is well enough.. Releases in the good siopa Musiczone.ie for this Friday the 12th of Friday include the 50th Anniversary Edition of THE BAND’s ‘Stage Fright’, as a 2CD version, remastered single LP, or super duper deluxe boxset… More info on that in the link.. Uni for the 12th also have reissues on vinyl by CANNONBALL ADDERLEY ‘Something Else’, CREEDENCE ‘Pendulum‘ and ‘Mardi Gras’, LORETTA LYNN ‘Coal Miners Daughter’, and also new albums by DJANGO DJANGO, as well as FREDDIE MERCURY’s 7” Singles coloured vinyl boxset reissue of ‘Messenger Of The Gods‘.. 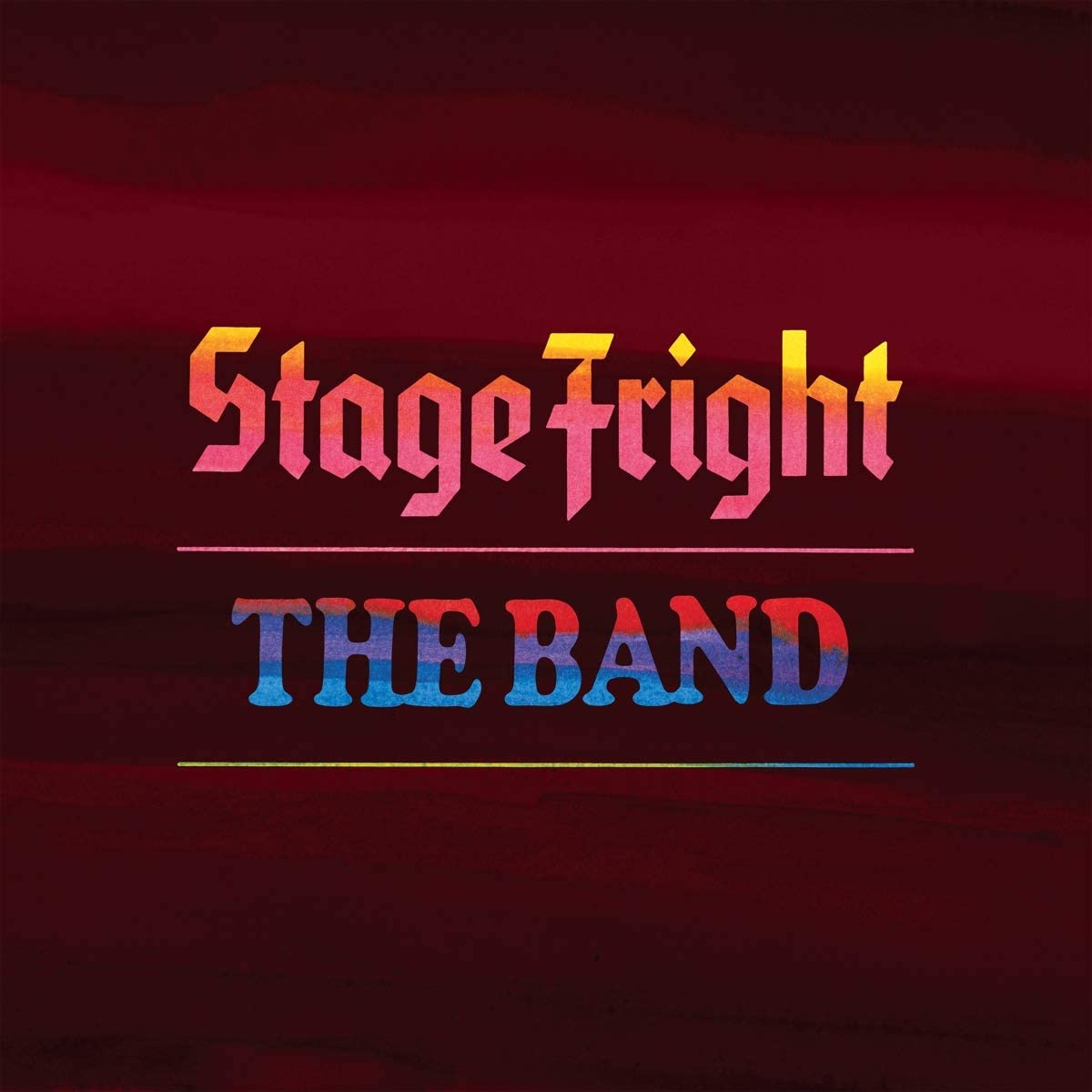 Warner for the 12th have the deluxe editions of SABBATH’s ‘Volume 4’ on 4CD or 5LP versions, a brand new JEFF TWEEDY album ‘Love is King’, and also out this Friday is the Picture Disc Vinyl reissue of PHIL COLLINS’ ‘Face Value’…

Sony were to release THE WHITE STRIPES ‘Greatest Hits’ but that is moved now to the 26th of Feb.. I’m sure there are more releases for this Friday.. We will do a video to update… Here is last week’s video for releases Friday 5th Feb..
www.musiczone.ie/videos

Another week passed by… Tricky working environment to be honest.. Website / Delivery or Phone Pay / Delivery only 2 options.. As I have said previously we have no bother keeping records safe here for ye until it’s safe for click & collect / call & collect to resume.. That will be a major step for us… Email is shop@musiczone.ie and the phone is 021-4967119

As regards to the pre-orders (i’d have to confirm with the I.T. Dept), I think they are all in one place on the website and again as said before no bother bundling stuff together to avail of the free shipping, just choose ‘Pick Up In-Store’ at check out and communicate with us that a bundle is the plan.. No drama… Go raibh maith agaibh… Bobby will like the pre-orders page below here :
https://musiczone.ie/product-category/pre-order/

Releases for the rest of Feb are decent enough I feel, and into March also… We are getting our hands on more of the THIN LIZZY ‘Rock Legends’ CD Boxset... If anyone is interested or missed out.. 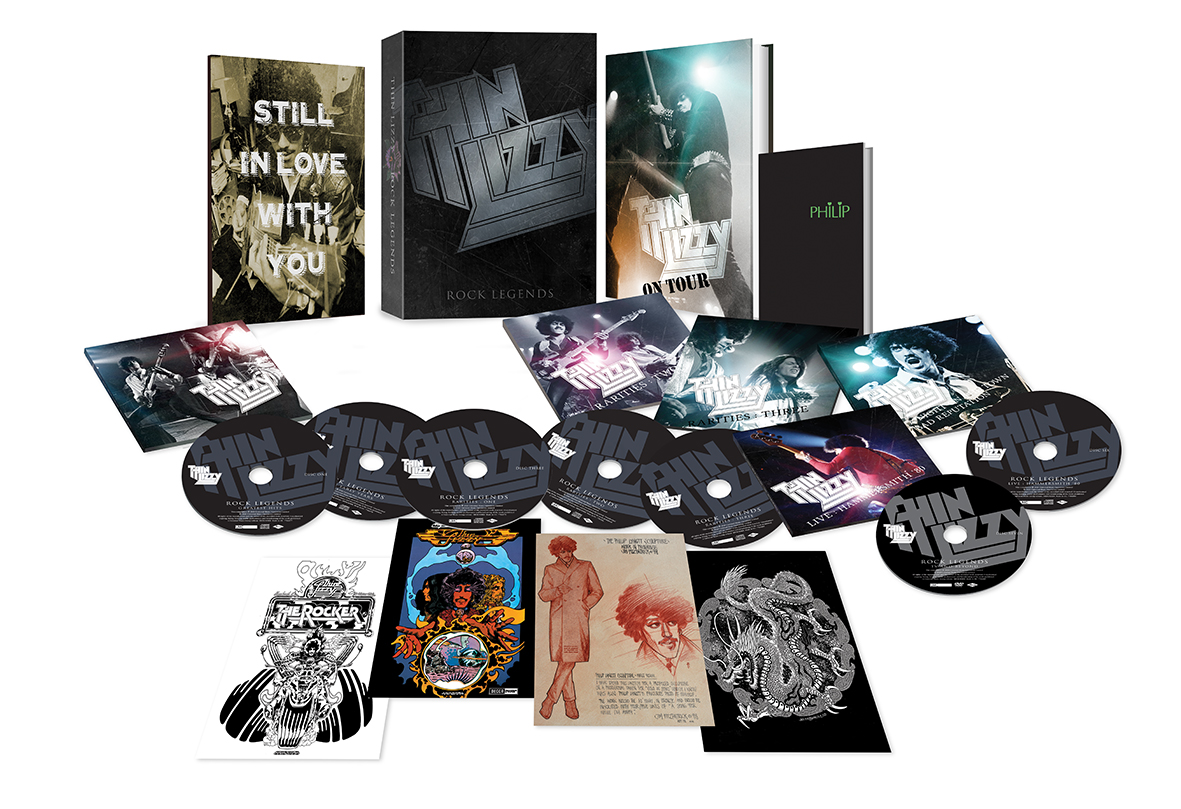 I am some hawker in fairness.. It is smooth like isn’t it… Just slip in the aul Lizzy there as if we are having a pint down the pub… ‘You, your good you’ as Denis might say…

Right, we hawk onto the 19th of Feb which has the release of the new MOGWAI album on CD, Deluxe CD, Standard LP, Indies Only Yellow LP, and a lovely boxset at a nice price to be fair.. Mogwai album is out on Rock Action Records and here is a tune from it
https://www.youtube.com/watch?v=VWjzlJEmmxM

The 19th of Feb also sees the release of JOHN BLEK’s record ‘Digressions #2 : Grounded’ on vinyl and CD through John’s own label… Another quality release form the Corkman.. Signed vinyl test pressing up for grabs for one lucky person who pre-orders from us and also can get your vinyl copy or CD copy signed by the man himself if you let us know… Here’s ‘Right Moves’ from the flawless new album :
https://www.youtube.com/watch?v=graiE0dxif8 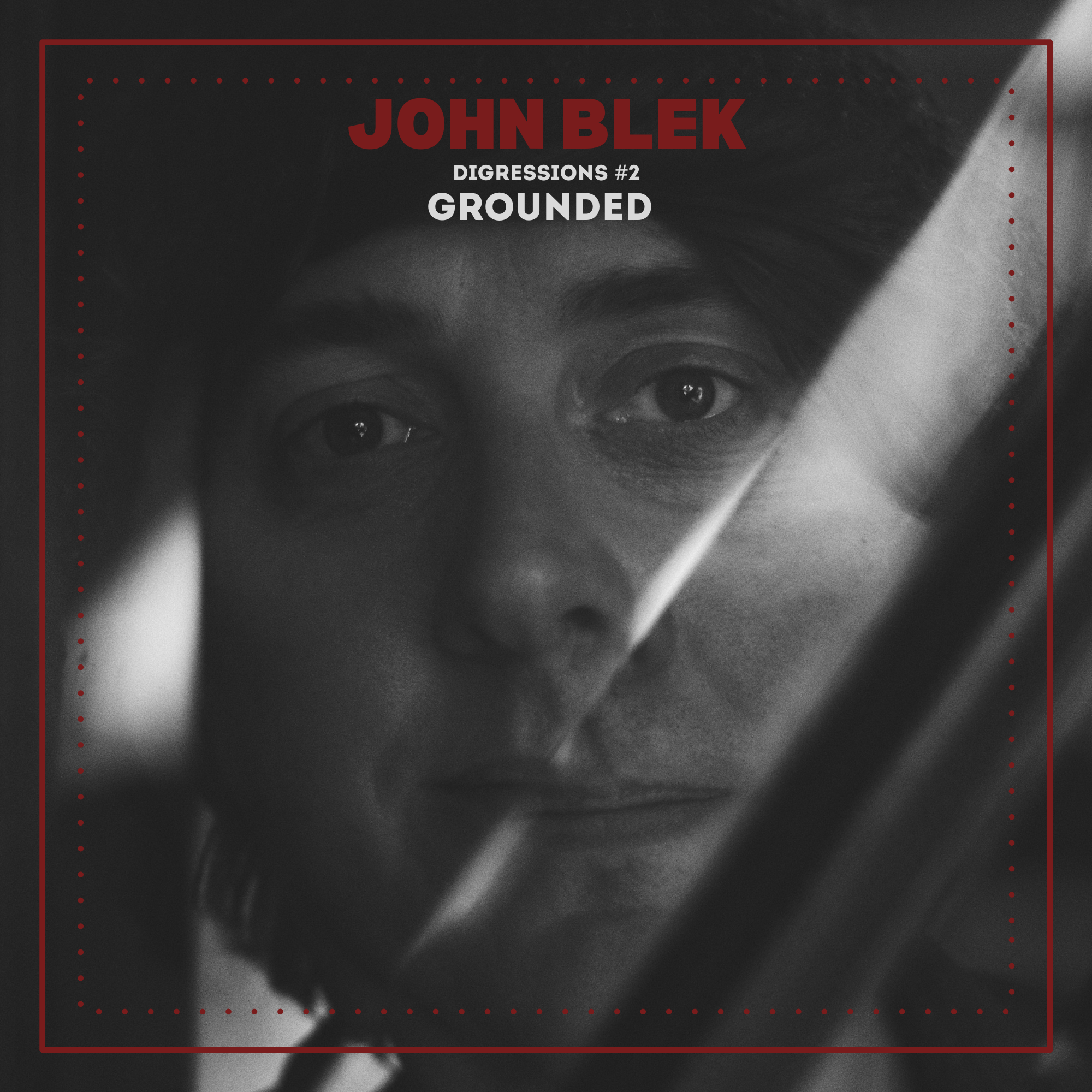 I warned ye… Loads and loads of quality out on the 19th of Feb.. Next up is one of my own favs TINDERSTICKS’ new album on City Slang Records.. ‘Distractions’ is available on indies (limited one press job) blue vinyl, standard black vinyl and CD… Ah sher did I say quality?? Hope t o also have a copy or two of MF DOOM’s release also via Republic of Music…

The 19th of Feb also sees via The Orchard, GRANDADDY’s ‘The Sophtware Slump On A Wooden Piano’ release on clear limited vinyl, standard vinyl or CD…

Uni for the 19th have the ZAPPA 3CD OST to the movie, BON JOVI’s ‘2020’ LP release, LEE MORGAN’s ‘The Rajah’, on the Blue Note Tone Poet Series, as well as a MAGGIE ROGER’s ‘Notes From The Archives’ 2LP set…

Warner for the 19th of Feb have the MORRISSEY / BOWIE ‘Cosmic Dancer’ 7” Single, the vinyl version of the NEIL YOUNG album ‘The Times’, WHITESNAKE’s ‘The BLUES Album‘ on Rhino is also out, as is EMMYLOU’s ‘Red Dirt Girl’ LP reissue and also a new RICKY WARWICK album

Sony for the 19th of Feb has the new album by TASH SULTANA on CD, standard LP or indies only coloured vinyl..

Right so.. Oh one thing… Sorry with the delay with the Top 20 Albums Of The Year lists… I’m working through them (there’s a bit to it…. Be careful what you wish for huh!!..) I’ll have it done in the next week or two… Sorry.. I might outsource it to some interested volunteer next year for the price of a record.. Replys in writing to the Human Resources Dept, Musiczone.ie, Togher, Cork… Anyway, I will have Charts to ye in next week or two.. Nothing like keeping up with tradition really is there?!!

Uni for the 26th Feb has another stone wall classic reissue with PJ HARVEY‘s ‘Stories From The City, Stories From The Sea’.. The original album is reissued but separately there is a Demos LP released and a Demos CD also (All the demos from the sessions)… 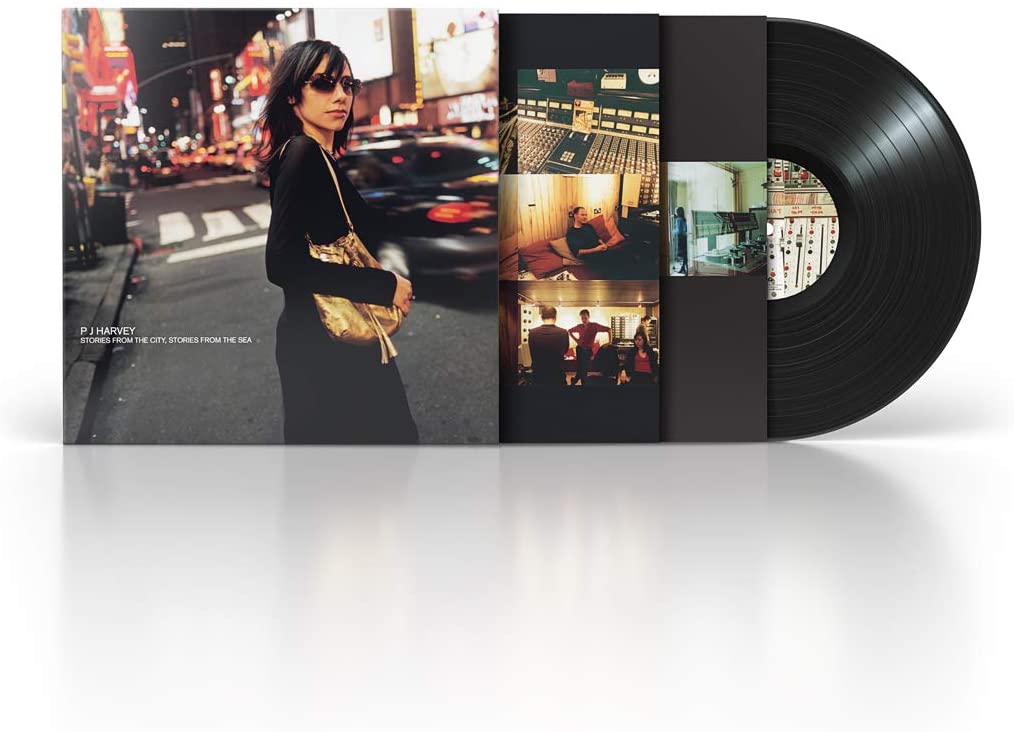 THE BLACK CROWES have a deluxe and expanded version of ‘Shake Your Money Maker’ on various formats for the 30th Anniversary.. We are only getting three copies of the vinyl set (due out a little later in March, rest 26th Feb), and one is spoken for already so 2 for sale… Just giving ye the info is all… DANIEL PEMBERTON with a little help from CELESTE release the OST to the ‘Trial Of The Chicago 7’ on vinyl also on the 26th, as well as a SERGE GAINSBOURG 2LP...

PIAS for the 26th of Feb has the start of THE NATIONAL’s remaster series, beginning with the self titled debut ‘The National’, the second album ‘Sad Songs For Dirty Lovers’, and the third release the ‘Cherry Tree’ EP... These are on CD and LP… New MAXIMO PARK album out on the 26th of Feb also…

Warner for the 26th of Feb has a DEFTONE’s ‘White Pony’ Deluxe Boxset, new EPICA, a new KREATOR album, new ROBIN SCHULZ.. And the piece du resistance from Warner for the 26th Feb is the live NEIL YOUNG album ‘Way Down The Rust Bucket’, on 2CD, 4LP or 7 Piece Boxset.. Quality stuff.. Here’s a tune from it
https://www.youtube.com/watch?v=4FsP7OL681Y&ab_channel=neilyoungchannel 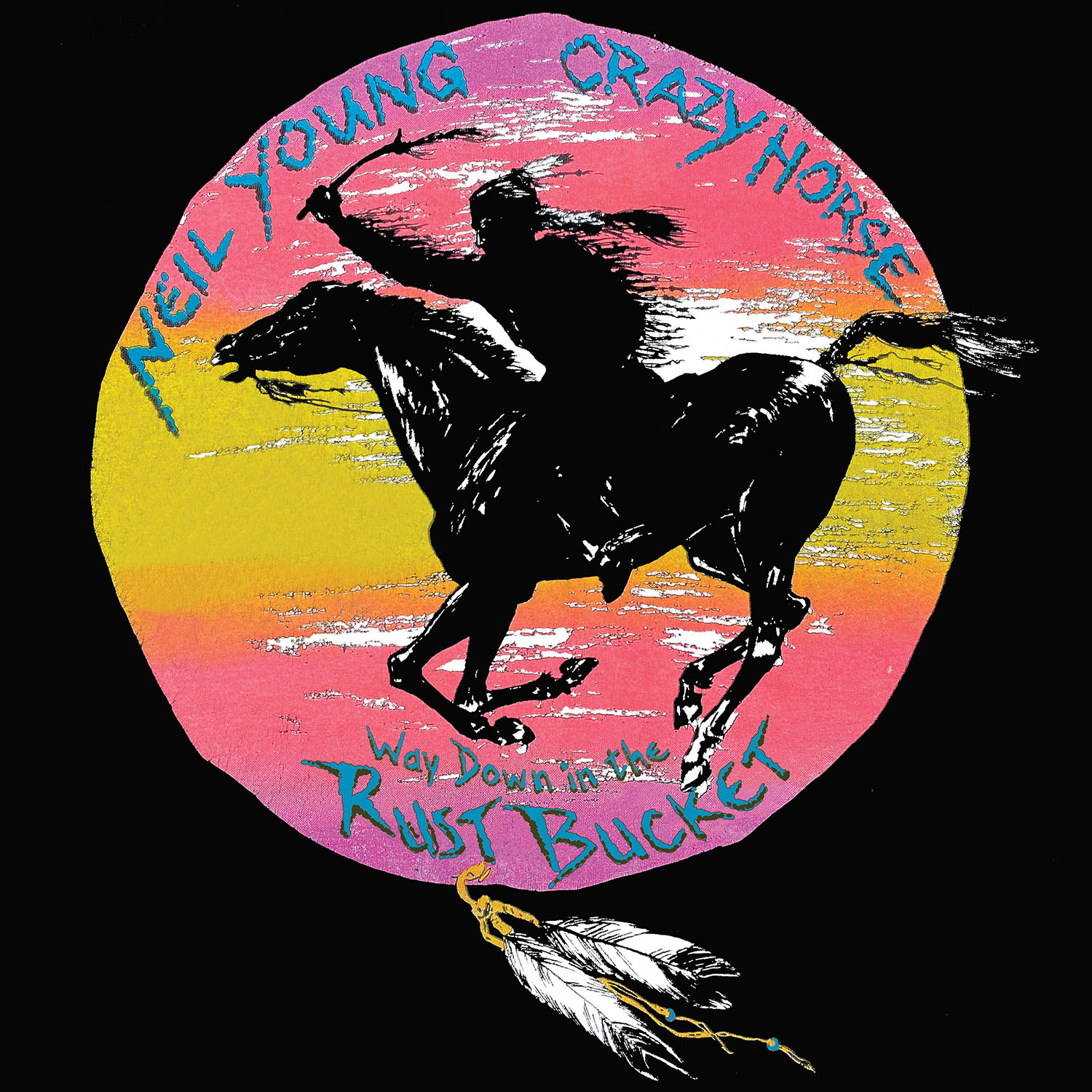 We are delighted to say WYVERN LINGO have their 2nd album out on Rubyworks via The Orchard on 26th Feb.. The band played in the shop on the release of the debut album a few years ago and everything about them was quality.. So we wish them all the success with the second record ‘Awake You Lie’.. Quality musicians.. Here’s a tune from the record, available on LP or CD.. The book is open folks for pre-orders and orders.. Top notch Irish band trying to make their way as professional musicians in the world we are bloody in.. T’was hard enough in the old world when bands could gig properly and sell merchandise etc.. Anyway, fine quality Irish release here.. We just got the great news in the last few hours that we will have a signed vinyl copy of the album up for grabs for one lucky person.. pre-order the album to be entered into the draw!! more on this competition next week folks..  huge huge thank you to the band and to Rubyworks for making this happen..
https://www.youtube.com/watch?v=_uUaQ_HGxf8 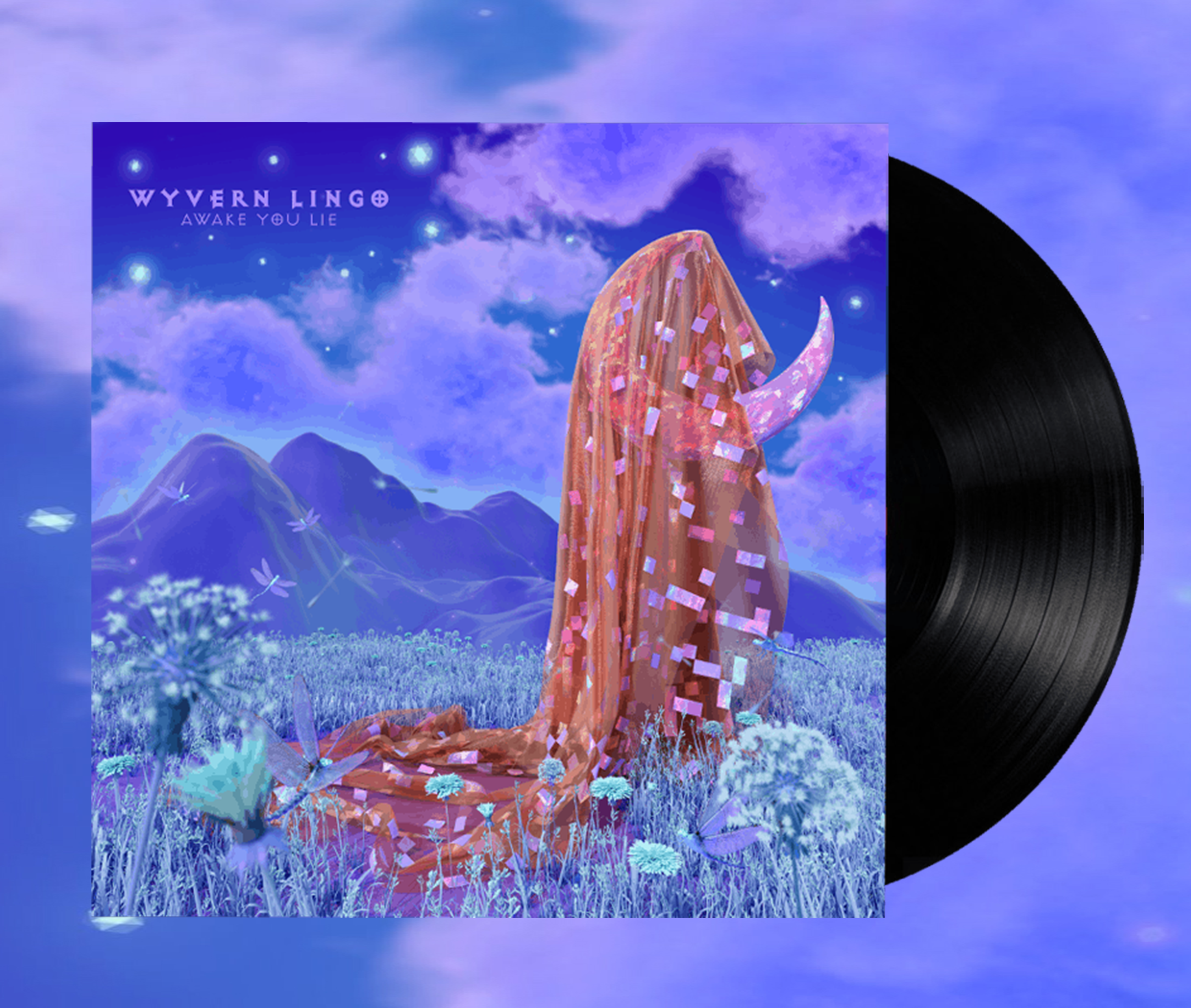 Cargo for the 26th of Feb have a release by WEDDING PRESENT ‘Locked Down & Stripped’ Indies Only Orange Vinyl with CD included.. Cargo also have a Lilac Coloured repress of JOHN FRUSICANTE’s ‘Maya’, a ROLLING STONES Live Radio Broadcast from Paris in 1970 on vinyl, first time (reportedly) that the band played with a horn section… MF DOOM’s ‘Operation Doomsday’ is getting a 2CD Deluxe release also via Metal Face also..

Music On Vinyl have the self titled FOUNTAINS OF WAYNE album on coloured vinyl for the 26th of Feb also… These coloured ones are sold out with weeks now but I have been allocated some..

Right so that’s it for the 26th.. I hope ye still have ye’r hats anyway…

Going to hand ye over to Bob now who will run through releases forthcoming etc etc but just to touch back to something earlier.. The delivery service is there, DPD seem good at the moment.. I realise records are a big treat and in the world where treats are at the bare minimum, if you want us to hold something that’s absolutely cool and if you want the records but think you’re putting work or expense on us by shipping them, don’t be mad, that’s super cool als… As the shop keeper says to the customer ‘whatever you want’.. (But honour is the rule!!)

Hey folks,
Hope you are all keeping well..
Where to start, where to start??
We’ll go with DAVID GRAY sure! Mr. Gray has announced a new record, with the lovely name of ‘Skellig’, and it’s due out on May 14th via Proper. It will be released on vinyl or CD, and is up on the good siopa’s website now!

Another nice one announced via Proper in the last week or so is the reissue of ANNE BRIGGS’ self titled album from 1970, lovely lovely folk tunes throughout. This is remastered and coming on vinyl in March.

MADLIB’s new album with KIEREN HEBDEN (Four Tet) is also now up on the site. ‘Sound Ancestors’ is the title, music done by Madlib, arranged by Kieren Hebden. Been listening to it all morning and really really interesting listen again. Well worth checking out!

Few other nice bits announced in the last week, EVANESCENCE have announced a brand new album ‘The Bitter Truth’ on CD, LP or Deluxe CD Set, there are new releases from LORETTA LYNN, NITIN SAWHNEY, and YOKO TAKAHASHI & MEGUMI HAYASHIBARA, and finally Music On Vinyl have another limited, coloured vinyl pressing, this time up it’s AMERICA with ‘Holiday’.

That’s it from me this week everyone, thanks as always!
Back to the bossman!

Thanks Bobby! Right so las few bits which i need to get ordered in the next day or so (this helps me gauge.. guinea pigs is all year are) PIAS for the 5th of March has the new BILLY NOMATE’s E.P on 12” Coloured Vinyl, ‘Emergency Telephone’ is the title and it is on Invada… I’d be a fan, I thought the debut was very good… Here’s a tune
https://www.youtube.com/watch?v=uPQW8GIVgB4

PIAS also for the 5th of March have new albums by ARAB STRAP (been a while) JOACHIM KUHN on Act, and WILLIAM THE CONQUEROR… There is a new SOUL JAZZ RECORDS compilation out on March 5th ‘Rocksteady Got Soul’, there is a RICK SPRINGFIELD reworking greatest hits live on CD, there is the 4th in the series of non album tracks reworked by STEREOLAB ‘Electrically Possessed’ and lastly SubPop have a reissue on CD and LP of FATHER JOHN MISTY’s ‘Fear Fun’ album from the former Fleet’s drummer… New Fleet’s album is lovely also.. 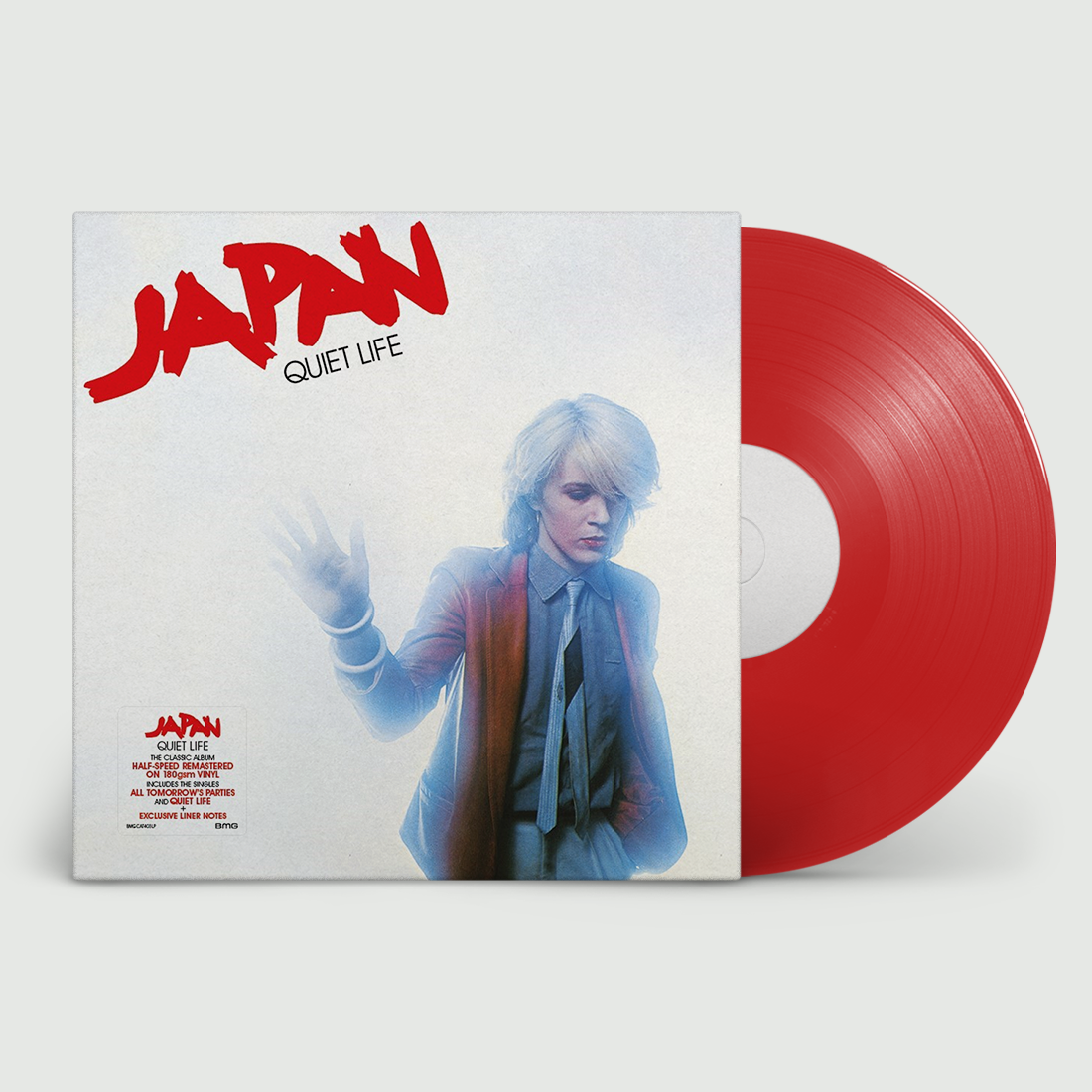 There are some really limited HELLOWEEN reissues on 2LP on Nuclear Blast, a reissue on vinyl of GOLDFRAPP’s ‘Seventh Tree’, GILLIAN WELCH & DAVID RAWLING have a CD release of ‘All The Good Ones’, an album of covers recorded over lockdown… Grammy nominated it is now in the Folk Category… First physical release it is on CD, the vinyl will be later in the year… DMA’s have a live 2LP from Brixton and lastly BUFALO SPRINGFIELD’s ‘Retrospective’ Best Of  sees the shelves of the good siopa on March 5th all going well.. I have rambled, rubbished on way too long.. Sorry

So big time
Sin é for this week folks,
Thanks for listening,
Stay in by the wall,
Ray, Bobby & Shane,
musiczone.ie