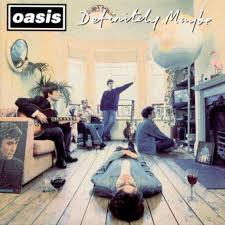 Definitely Maybe is the debut studio album by the English rock band Oasis, released on 29 August 1994 by Creation Records. It was an immediate commercial and critical success in the UK, having followed on the heels of singles “Supersonic“, “Shakermaker” and “Live Forever“. It is the only full album to feature original drummer Tony McCarroll.

Be the first to review “Oasis – Definitely Maybe” Cancel reply