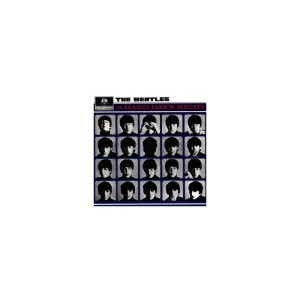 The Beatles – A Hard Day’s Night

A Hard Day’s Night is the third studio album by British rock group the Beatles, released on 10 July 1964, with side one containing songs from the soundtrack to their film A Hard Day’s Night. In contrast to their first two albums, all 13 tracks on A Hard Day’s Night were written by John Lennon and Paul McCartney, showcasing the development of the band’s songwriting talents. The album contains some of their most famous songs, including the title track, with its distinct, instantly recognisable opening chord, and the previously released “Can’t Buy Me Love”; both were transatlantic number-one singles for the band. Format: 180 Gram Vinyl LP