Short and maybe not so sweet this week….baby watch is over, kick off was 9 pm last Thursday night, bit of extra time but baby Lily arrived at 00.38 Saturday morning, alls well thank god……but enough about moi…lets rock on 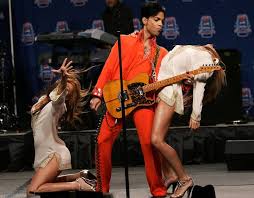 Warner has a nice few for the 3rd October including Mr. Johnny Marr’s second offering (no blue Vinyl for us over here, the Scots will get some alright though for being good boys and girls)

“PLAYLAND” is the album name and Music Zone is looking forward to hearing it…..13 EURO CD, 20 LP v 18 pounds

Sony has the new LEONARD COHEN LP out on the 3rd OCTOBER….MUSIC ZONE is 22 euro v 20 pounds.

PIAS for the 10th October have a new one from EXODUS, debut from OSCAR AND THE WOLF (talked about) , MUSEUM OF LOVE which is 50% made up of LCD’s PAT MAHONEY and a deluxe version of the WILD BEAST’S excellent recent album” present tense”.

MUSIC ON VINYL releases for the 13th October attached also, including BOWIE narrating PROKOFIEV’S PETER AND THE WOLF and THEY MIGHT BE GIANTS “flood”.

MOV have THE FRAMES belter “ FITZCARRALDO” for the 20th…will send some info next week.

ESSENTIAL has second album from JULIAN CASABLANAS (STROKES) AND THE VOIDZ.

I’m back to the fold properly next Monday but check out any new Vinyl stock on https://musiczone.ie

Last word tonight is for baby Lily, and its more of a sweet plea than a sweet poem….no x factor baby, no problem losing sleep over everything else but the music’s shite and that will keep me up all night…..even though already I think I know I would succumb….anyway.

Ray and special guest on my lap for the last 10 mins or so Lily.