The updates for next week as usual.

Warner have the the biggest release of next week with PINK FLOYDs 20th anniversary LP and BOX SET of DIVISION BELL. 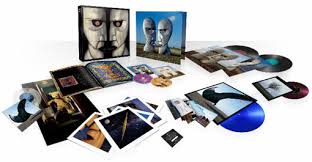 To coincide with that they have the two solo LPs and an outtakes/ b sides LP from the crazy diamond, SYD BARRETT.

They also have a SPECIALS live LP .

Universals biggest one for next week is a fancy coloured  remastered LP of BOB MARLEYs LEGEND.

They also have BLONDIEs new LP with LP of GREATEST HITS included and a LEVON HELM ( THE BAND) live CD.

Sony have a debut by GEORGE EZRA and THE THEs 30th anniversary LP of SOUL MINING. 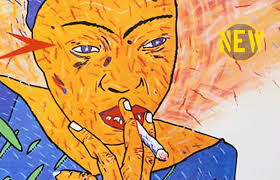 Pias have new albums by AARON WEST AND THE ROARING TWENTIES “ well im drunk again and im guilty like im irish catholic” ( a lyric from his single and not my state at the present moment), the ACID ( bit of hype about them) , BRIGHT LIGHT BRIGHT LIGHT whom has a brilliant pop single out called “an open heart”.

Music on Vinyl releases for 14th July attached including CREAM LIVE AT THE ALBERT HALL and MINISTRYs second LP.

I have also attached a little pictogram QUIZ for those who would consider themselves BEATLES or BOWIE fans…. i myself would have scrapped a C with the Beatles ( BEATLES were obviously great, macca and lennons songwriting so different and yet genius when side by side, none more evident than on the White album when Macartney wrote about his sheep dog “ MARTHA MY DEAR”  followed by Lennon  on “ IM SO TIRED “ when he lights “another cigarette and curse sir walther raleigh, he was such a stupid geit”….brilliant, that was 36 years ago, anyway tangent over….its tricky is basiclly what im saying!!)

I didnt even attempt the Bowie one but im sure the Bowie fans will come back with A 1s??

On the Beatles again, the MONO LPs are coming early september….see attached. 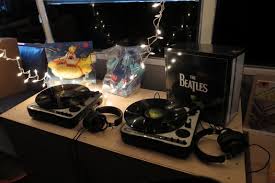 Well, like England, it is time for me to bow out ( must admit was shouting for them, there media give them so much grief they seem scared shirtless to play)