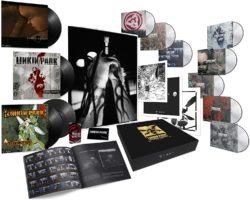 Hi everyone,
Guess who’s back, shady’s back.. Big thanks to Bobby and Shane for taking the reigns as I firmly dropped them.. Tis only when you stop, you realise how hard you were going… The shop is really interactive now, lots of emails and other stuff flying in and out… Great to take a break from it to be honest and great to have two good lads take the reigns for the time… Feeling good now, back at it, new till just in yesterday and it’s a bit like a new car… It needs a good run to sort it out… Yes i’m back, shady’s back…

So releases for this Friday the 21st of August include the new album by THE WATERBOYS on CD, Deluxe CD or Vinyl, the brand new album by BRIGHT EYES again with a really limited vinyl indies only version.. BLUES PULLS have a new album, there is a reissue of ‘Burn My Eyes’ by Machine Head, a brand new album by ERASURE ‘The Neon‘, is out Friday also. THE MAVERICKS have a new album this Friday, as do THE KILLERS (CD only for now), TROYE SIVAN CD Only, and DECLAN MCKENNA’s new album ‘Zero’ also on CD, LP or Indies only Picture Disc LP.. We also have the reissues of POLLY JEAN HARVEY’s ‘Rid Of Me’, as well as ‘Four-Track Demos’. 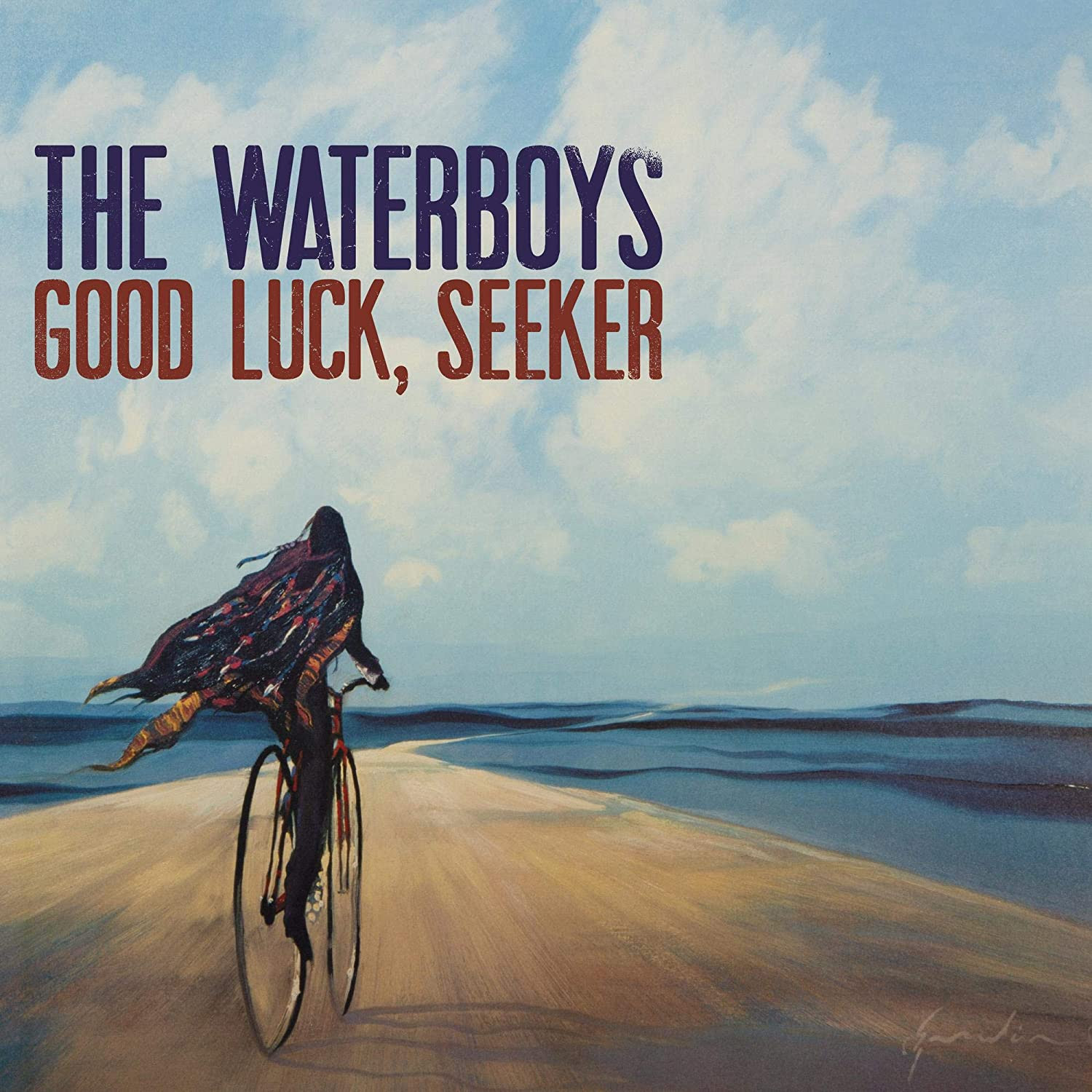 Releases for Friday the 28th of August include the new ANGEL OLSEN record ‘Whole New Mess’... You said it Angel!! CD, LP, and mark my words, a very limited indies only LP on this one… 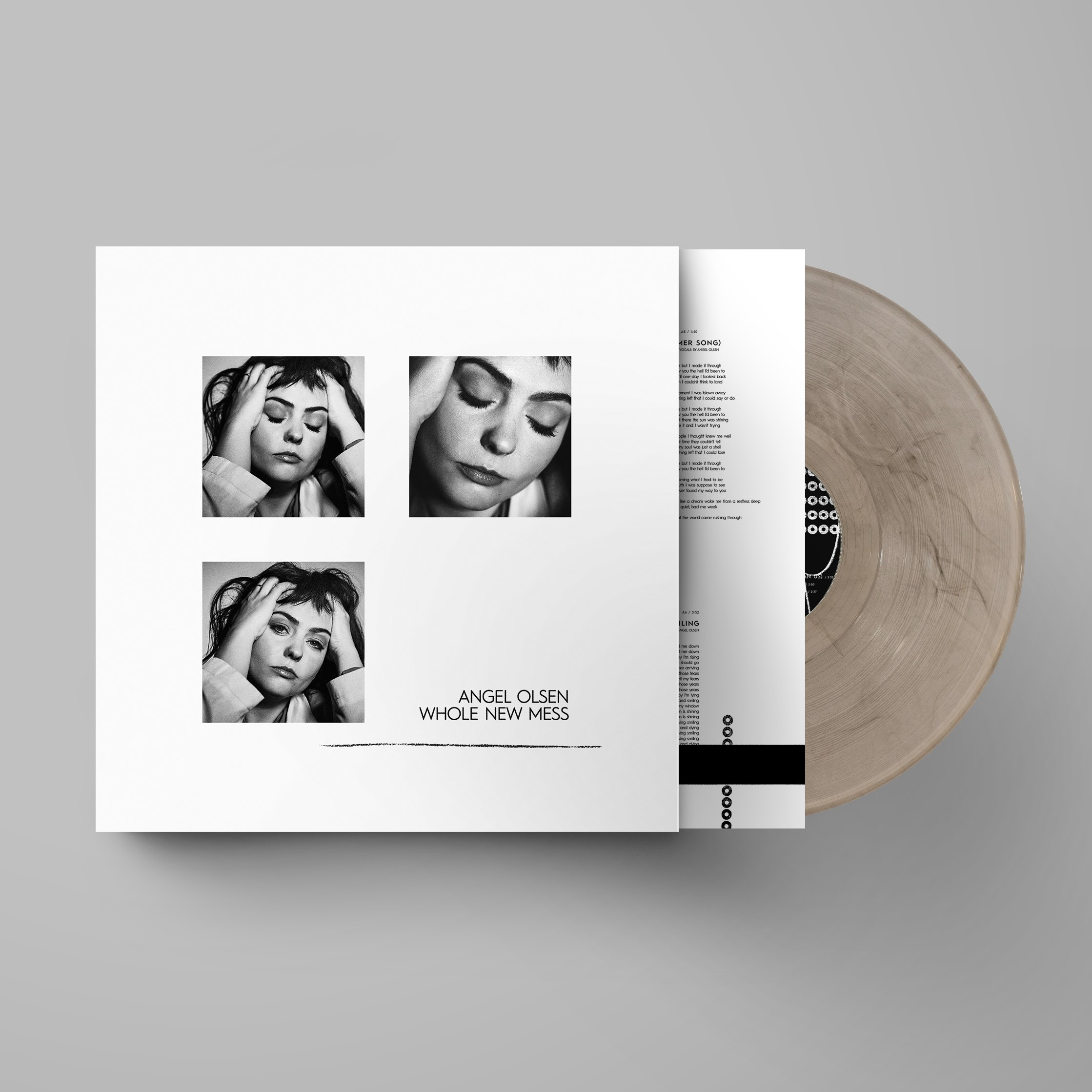 Universal for the 28th have the exciting release of METALLICA’s ‘S&M 2’ as a deluxe super boxset, indies 4LP set, 2CD/Bluray, 2CD/DVD, and 2CD.. Uni also have the new album by DISCLOSURE for the 28th ‘Energy’ with an indies only clear gatefold 2LP version, a brand new KATY PERRY album on CD or gatefold white LP.. Uni also have the brand new GREGORY PORTER album ‘All Rise’, a reissue of ‘Point’ by YELLO, brand new studio albums from BETTY LAVETTE and SOPHIE HUNGER, and we have PETER GABRIEL’s ‘Plays Live’ 2LP live album, and lastly some Blue Note reissues by STANLEY TURRENTINE ‘That’s Where It’s At’, JOE HENDERSON ‘Live at Village Vanguard Vol. 1’, and BOBBY HUTCHERSON ‘The Kicker’. 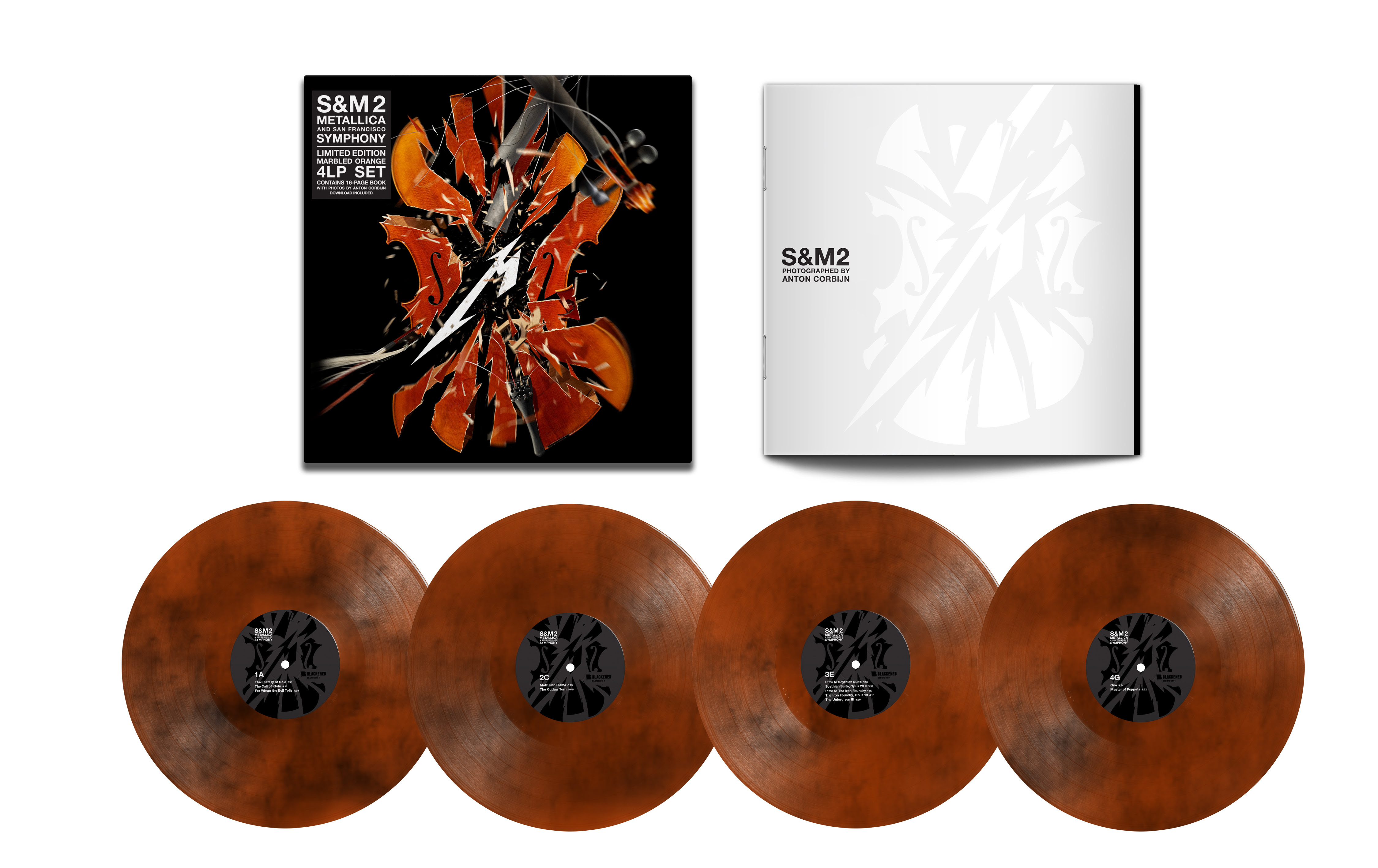 WEA for the 28th August have the IN FLAMES 20th Anniversary reissue of ‘Clayman’, a MADNESS ‘Best Of’ compilation on vinyl, and the new JASON MRAZ album…

Sony for the 28th of Aug has nada really to report..

The Orchard for the 28th of August have the reissues on vinyl by DEATH, coloured vinyl reissues in fact and a new album by COLTER WALL..

Saturday the 29th of August is the first RSD Drop Off this year,, The man drop really to be fair… I have thought a bit about it and it’s obviously far from ideal.. As the whole world is far from ideal… I know I have not been banging on about it as much lately, but this whole Covid thing is still with us and not going anywhere in the short / medium term.. We all need to do the right things, and yet you want to trade safely.. The whole world’s problem.. Safety versus commerce… Look here’s the story.. If people are there before 8.. Then you / ye must socially distance queue.. At least 2 meters, more if you want… (I reckon we normally have 40 different households in the queue of a normal RSD, I expect less than that this year to be honest).. The car park has 100s of meters in it, and no one opens until 9 so no reason why folks can’t queue safely and at a very good distance… I shall be managing it anyway once i’m on site.. Different this year, no booze, no bands.. I will start managing folks orders once I land and teeing them up for them.. WE WILL ONLY LEAVE 4 PEOPLE into the shop at a time, until the folks outside are gone and WE WILL DO OUR BEST to get 4 people in and out in less than 10 minutes so folks outside aren’t waiting too long and that it is a safe environment for everyone… Can’t control the weather though, no we can’t.. I will try to give a more comprehensive list next week of stock we got severely cut on or that we have problems with… We can only do our best, and can’t control the allocations.. They are good enough but always a few problems… The biggest stock problems I have this year that I am aware of so fare are the releases by THE KINKS, MADNESS, SUPERGRASS and THE POGUES… Folks are going to be disappointed with these above.. Cuts of 85%, 80%, 75% of what I ordered.. Out of our hands please try understand and see the day for what it is.. It’s a shot in the arm for most record shops.. I’ll update anymore problems next week.. Got none of the BLACK KEYS one also.. So that’s the craic with that for now anyway,,

Right so, releases of note for the 4th of September include the ROLLING STONES reissue of ‘Goat’s Head Soup’ on various formats, MILES DAVIS ‘Birth Of The Cool’ on various formats, AMY WINEHOUSE’s debut record ‘Frank’ gets the Abby Road Half Speed Master treatment, there is a vinyl release of the newest WEEKND album, new TRICKY, PINEAPPLE THIEF expanded, new JOSIAH JOHNSON, brand new BILL CALLAHAN, YO LA TENGO reissue of ‘Electr-o-pura’… Up coming releases that caught my eye in the last few days since return include the new ROGER WATERS ‘Us and Them’ on various formats,  LINKIN PARK’s ‘Hybrid Theory’ 20th Anniversary Super Deluxe Set, 4LP Set or Deluxe 2CD, and NICK MASON ain’t gonna be out done as he has ‘Saucerful Of Secrets : Live at the Roundhouse’ also on various formats.. There is also a DAVID BOWIE gold vinyl reissue of ‘Young Americans’ due out on September 18th, which is a bricks and mortar only vinyl not for websites, so if anyone interested pop a mail and we’ll stick aside a copy in the siopa, and finally there is a very limited BOB MOULD Indies Exclusive 8LP Set with a Signed Print also announced 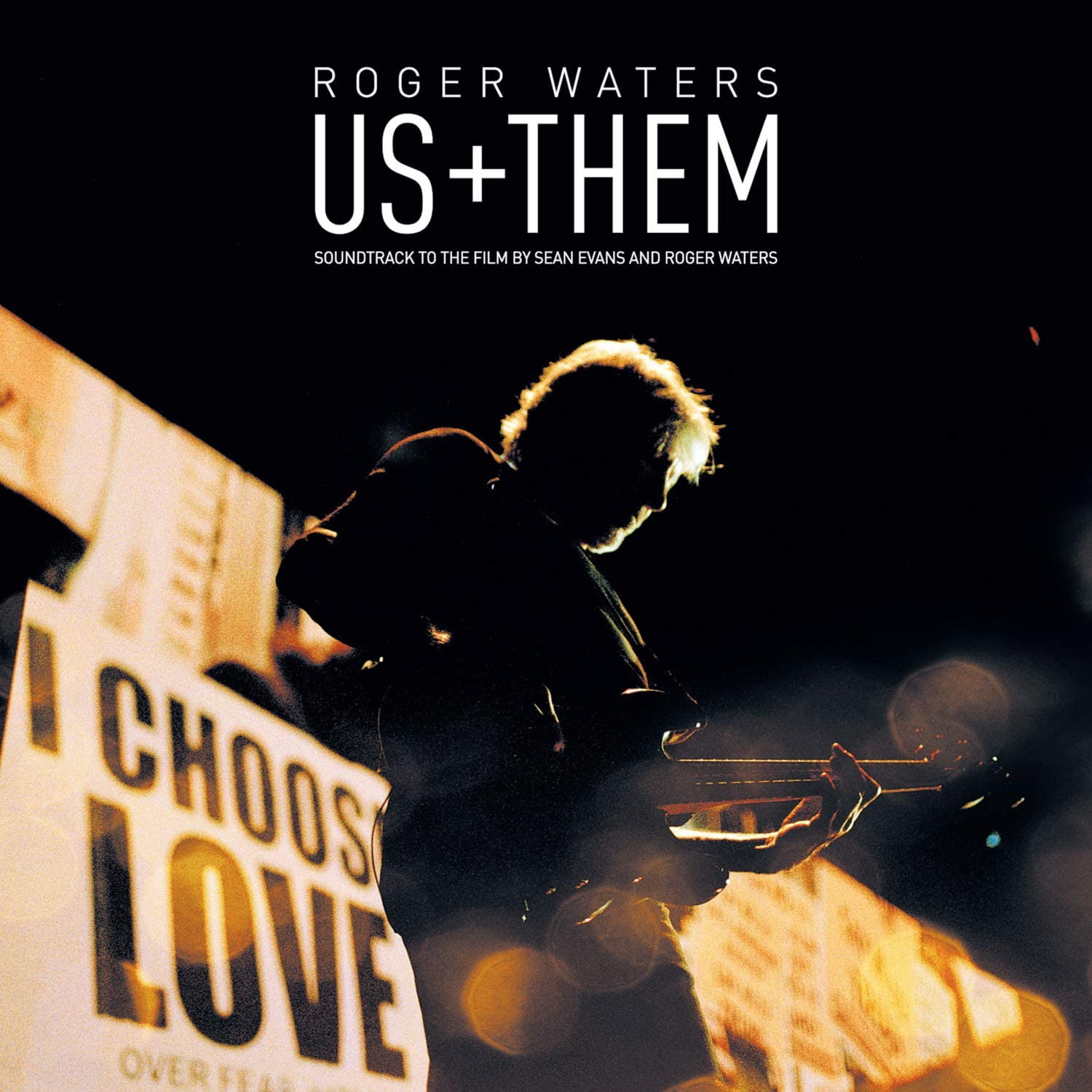 Last thing on RSD.. Stock will go online at 6PM on Saturday the 29th also… There will be some nice stuff left..

Ok folks, sin é for this week,
Thanks for listening,
Ray, Bobby and Shane
musiczone.ie