How’s the form this evening?.. A late start for me at 22:43, so no moaning or groaning, just open, friendly, transparent attempts to sell ye folks some records, a bit like DJT.. Make Music Zone Great Again!… I’m getting the flyers printed up as I write this.. Roger Waters is calling in to give me a hand, and Freddie is going to sing ‘Who Wants To Live Forever’ as our swan song.. DJT.. What a world.. Anti-Establishment votes a lot and crass voters a lot, but for the anti-establishment surely not DJT… Surely NOT DJT…

Anyway, loads out in the shop this week since the 11th of November, including STING, THE BAND, THE ROLLING STONES, TEMPLE OF THE DOG, ENNIO MORRICONE,KATIE MELUA, DEAD CAN DANCE, IN FLAMES and many many more!

Check out the new release video here if you’d like!

Moving on to releases for next Friday the 18th of November and we feel Santa and the Christmas songs breathing down our necks.. Ho ho ho! The 18th really is the week when it starts a bit… Lots of releases including the new album by METALLICA ‘Hard Wired To Self Destruct’.. Up there with Bowie, Radiohead and Nick Cave as one of the biggest releases of the year..

We are going to start names on the METALLICA LP so if you are interested, drop me a mail.. The reason we are taking the names is because there is an Indies only coloured double LP exclusive… Gatefold with codes.. 30EUR.. Hence the name taking.. So if you want one, let us know..

The METALLICA release is also available as a 2CD or 3CD digipack, or as a super deluxe boxset which includes the double LP (not coloured though), an exclusive 12’’, the 12 track CD, button badges, and exclusive prints.. It will be the metallers 11th studio album, first in eight years.. Definitely one of the biggies..

Slightly moving away (just slightly) MARTY WHELAN has a new Christmas CD out next week through Uni, as well as NOW 95 hitting the shelves, the biggest selling chart series of all time.. Ever.. Part 95.. I won’t knock it, it works for us so it does.. Universal have a 20th anniversary edition of ANDREA BOCELLI’s ‘Romanza’, a GREGORY PORTER ‘Live in Berlin’ 2CD or DVD, and there is also a UB40 ‘Unplugged’ CD…

Okay, stop for breaths… Universal also have the 25th anniversary edition of R.E.M’s classic ‘Out Of Time’, on 3CD/Bluray, 2CD, or 3LPs.. THE HUMAN LEAGUE anthology is out next Friday on the same three formats as the R.E.M release.. BRIAN MAY of QUEEN has curated a new AIR GUITAR ANTHEMS CD which gets released, and there is also a 50th Anniversary Super Deluxe box of THE WHO’s ‘My Generation’, which has 79 tracks, a lot of unreleased demos, and an 80-page book..

Universal also have a reissued of SOUNDGARDEN’s ‘Badmotorfinger’ on Super-Duper Deluxe boxy thingy, 2LP or 3CD.. Another breath…. Universal also have RICHIE BLACKMORE’s RAINBOW ‘Memories of Rock – Live in Germany’.. The TAYLOR SWIFT catalogue gets the vinyl treatment, the JUNGLE BOOK Original Soundtrack will be available as a picture disc vinyl, and we will fill ye in later on the Universal Black Friday releases which will hopefully land in with us this year.. 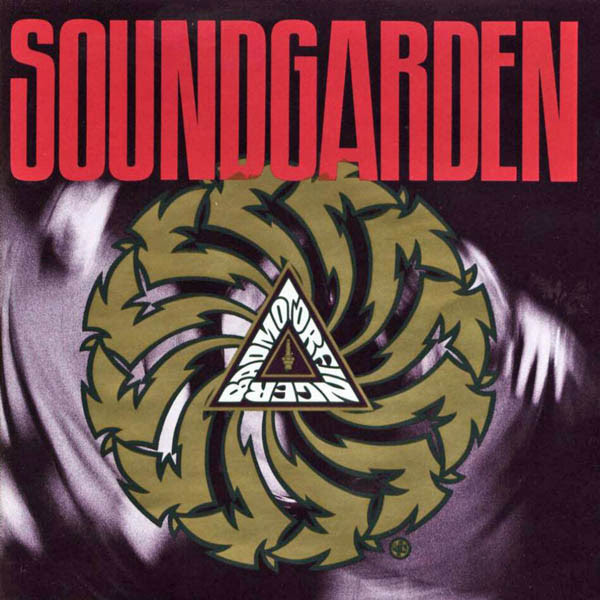 Warner for the 18th of November have the TORI AMOS ‘Boys for Pele’ LP reissue, PINK FLOYD’s ‘Animals’ on vinyl, the new album from BRUNO MARS, and finally a new compilation album of TERRY WOGAN’S ‘Favourite Tunes’.

Republic of Music have THE LEVELLERS ‘Levelling The Land’ boxset 25th anniversary, printed on blue vinyl as well as a 2CD/DVD version, or a 2LP version..

Some DVDs with us on the 18th also worth mentioning.. THE BEATLES ‘Eight Days A Week’ will join OASIS’ ‘Supersonic’ on the shop floor as new music DVDs for this Christmas, as well as the new TOMMY TIERNAN, STAR TREK, and GHOSTBUSTERS DVDs hitting the floor.

Sony for the 18th have the LOU REED LP Boxset (CD landed a few weeks back), THE KINKS have a ‘Mono Collection’ LP Boxset, with new albums out also from SOULBURN, SOLANGE KNOWLES, and LITTLE MIX on CD.. There is a DEPECHE MODE ‘Video Collection’, and BRUCE’s ‘Chapter and Verse’ on blue vinyl.. Wrong wrong wrong…. Give the limited one to me day one, not 10 or 12 weeks later when the fans have bought the black one.. WRONG WRONG WRONG #DJT..

PIAS for the 18th of November have some new HELLOWEEN vinyl reissues, and a new album by LAMB OF GOD entitled ‘The Duke’.. Also out is a first timer on vinyl for LISA HANNIGAN’s ‘Passenger’, which is a fine listen no doubt, and a LOW ‘Christmas’ LP reissue from back in 1999.. As they said, ‘Despite the commerce, we hope you will consider this our gift to you’..

We are going to rattle off some RSD Black Friday releases that are available to us and should mainly / hopefully be in the shop on Friday the 25th of November.. Usual story folks.. We can only try.. If something interests you let us know and we will do our best to have in store for the day.. Here’s the bit of a list, not huge as always with the Europe for Black Friday, as we can only get certain items.. Need orders in first thing Monday morning so let us know..

A one track limited edition electric blue 10’’ with a track from their upcoming album, on which they honor the music of their roots. The track on this Record Store Day Black Friday 10″ is Eddie Taylor’s “Ride ‘Em On Down” originaly recorded by Taylor in Chicago on 5 December 1955 for the Vee-Jay Label and released as VJ 185.

Next few bits gonna be very expensive, all about 50EUR.. Don’t shoot the messenger.. If you are interested let us know..

– Pop The Clutch ‘Obscure Rockabilly From The Vaults’ – Colour LP

Some of the later 7’’s not 50EUR of course, mail if you’re looking for price of these..

Sin e for this week guys,

Thanks for listening
Ray.