How’s it going? A bit cranky myself today…few small reasons why…they might reveal themselves over the next few pages…or may not as well.

Releases in the shop for today include Declan O’ Rourke, Weezer reissues, Travelling Wilburys and Genesis. 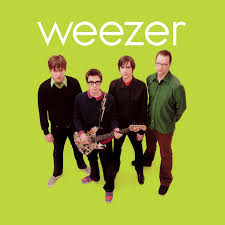 A scary, Halloween special video this week, should interest Metallica fans also… as well as all the new stuff that’s in….

Universal for the 4th of November have a few releases including our own JOHN SPILLANE…reworkings of Irish songs we learned in school and more Irish songs….reissued once again…which is great as people always look for it…we could not keep it on the shelves when it came out the first time…I think it sold 70,000 copies over counters…double CD this time for the price of a single, so a nice Christmas pressie for some.

We hope to get John in some day to belt out a few tunes.

Universal also have QUEEN on Air out next week…six sessions from the BBC recording from early 73 to Oct 77 as a 2CD set, a 6 CD set or a 3LP set.

An early nineties classic by BLACK GRAPE …(mid nineties maybe!!)…’It’s great when your straight’ gets a reissue on LP and 2CD/DVD.

Universal also have new albums by JIM JAMES (My Morning Jacket), KUNGS and ALFIE BOE/MICHAEL BALL as well as some nice reissues from CROWDED HOUSE including the debut, Woodface and Together Alone…these are taken from the original analogue tapes. 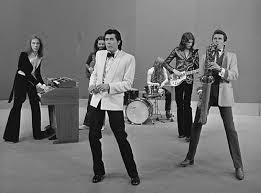 Lastly from Universal are 8 ROXY MUSIC LP reissues as half speed remasters on 180g with codes and very lastly MOTHER LOVE BONE gets a reissue…but the pricing is crazy wih a capital C.

This is one of the reasons I am cranky with a capital C…just one mind you…here at ground zero, front counter, I hear and see people’s concerns and frustrations over pricing every day…

As the vinyl revival increased so has the cost to Joe the consumer…do not get me wrong here, I will say again and have stated in the past …the vinyl revival is the main reason I am still open for business…but a serious word of WARNING to any big knobs (as we say in Cork) who read this blog…Bigi curamach with the vinyl pricing…Joe normal reissue €30…standard back catalogue €25…new deluxe LPs €40…the MOTHER LOVE BONE reissue is a 3LP set….I would be retailing it at €200 if I bought it (I didnt) check Amazon on it…it is £195…there are numerous other examples….that one got the treatment because when it’s current to tonight’s releases….there are plenty others…Emmylou Harris ‘Red Dirt Girl’ reissue (standard vinyl) €28…

Seriously the powers that be have to take stock and think about the consumer with a long term plan in place…short termism cash cowing (if ye know what I mean) ain’t the answer…it is only going to piss people off …I hear it every day…people pissed off over it.

I’m not advocating deflating the product to the extent the CD was deflated…nearly a race to the bottom at one point when the supermarkets were heavily involved…that’s no good either…but a fair price for a great product is my suggestion…standard reissues on the shelf €20 rrp…back catalogue €20….cream of the crop releases and doubles 22-25 euro and the deluxe with 7” or 12” or freebies or CD included 25-30…the most expensive outside the boxsets.

If one record company can have a RRP of €20 on a limited, numbered, coloured double LP…how come the next company is €30?? There’s only the few plants we are all told…It needs to be addressed I feel…Paul Pogba comes to mind as well….there is another record (sought after) coming out soon and it is a double LP…it’s a reissue and it’s costing me about €26 plus VAT…if I retail it at €40…pay the VAT  it’s down to €32…I get €6 out of the €40…the price of the record , 2 records is €26 from the record company…someone somewhere is making a tidy profit on it and get JOE the consumer pissed having to pay out €40 for a double LP when he can illegally get it or buy the CD for ⅓ of the price…I have noticed a subtle change in the shop in the last few months…a slight change to CDs from a few guys…I have vinyl is their number 1 format but they can’t justify it…bills to pay…kids to feed…if this continues in the same vein as Belle and Sebastian so aptly put it “Mr. Record Company company man, I won’t be coming for dinner”…ok ok in a different light but I hope ye get my drift….

I feel strongly about it …I have a bit to lose if the powers that be make a balls of it…I don’t fancy having to concentrate on selling kid’s DVDs to jumped up supervisors in convenience stores, half my age who finish every sentence with the word YEAH…that’s a second reason I was cranky this evening…more about that some other evening maybe…

Back to the tunes, Warner have SUPER FURRY ANIMALS ‘Fuzzy Logic’ 20th Anniversary for the 4th November, as well as a best of on CD, EVA CASSIDY 7LP boxset as well as two class reissues….PINK FLOYD, D.S.O.M. and STEVIE NICKS ‘Bella Donna’…the Floyd reissue in fairness is ok money at €24 (after all my giving out). 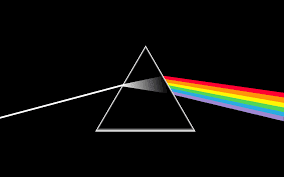 Sony for the 4th November have new albums from ALICIA KEYS, ROBBIE WILLIAMS and DARK TRANQUILITY.

PIAS for the 4th November have new albums from SHIRLEY COLLINS and also from VADER.

Red Essential for the 4th have the new HAMMERFALL album ‘Built to Last’.

The last crowd I had as my credit card terminal provider keep stealing €20 out of my bank account every month, even though the account is closed and clean since the 23rd of August…they keep stealing €20 from my account…does anyone regulate these w**kers…PAYZONE is their name…do not use them…this goes on wholesale contract closed…let’s tole another month or two from the sucker…nothing will happen sure…make it so diffcult for them to even try get it back that they will give up.

I just want them to stop robbing me at this stage…allservice providers are at the same craic as far as I can see…jup through hoops to cancel the bloody thing  and they still steal from you afterwards…thing about it is it is easily stopped by COMREG…fine the shower of …I have an email from them saying it has been cancelled on the 23rd of August, yet they still took payment on 22nd Sept and 22nd of October…€40 stolen…fine the fuckers €1000…that would quickly stop all that bullshit…but COMREG not worth a shite either I’d say…and that was another reason  I was cranky today when I saw them steal another €20 when I was guaranteed one month ago I was out…

Anyway, small fry in the scheme of it all…really small fry…

Music On Vinyl for the 4th of November have reissues from NAS ‘Nostradamus’, CYPRESS HILL ‘Til Death Do Us Part’ and BLIND WILLIE MCTELL ‘Atlanta 12 String’.

Not much else happening for next week… THE RIPTIDE MOVEMENT were instore Saturday at 3pm…tunes, talk and signing…another great gig…their new album is a really good record again…they should be really proud of it….if they were born 20 years earlier when the industry was in a bit better shape I reckon they could have been huge altogether…globally…here’s hoping they still will…and also, great friends of the shop, RAISING JUPITER were instore to play some tunes on Monday, Halloween at 2pm…rocked the place as always.

Sorry if I was a tad cranky tonight but I had a stressful two weeks dealing with a couple of BOWIE zealot nuts…will leave ye with a giggle I hope…I can’t decide if myself and MICK FLANNERY are at an instore in the shop, a pre-fight weigh in for a UFC title match, a staring competition or thinking about going in for a shift in Spiders Nightclub. 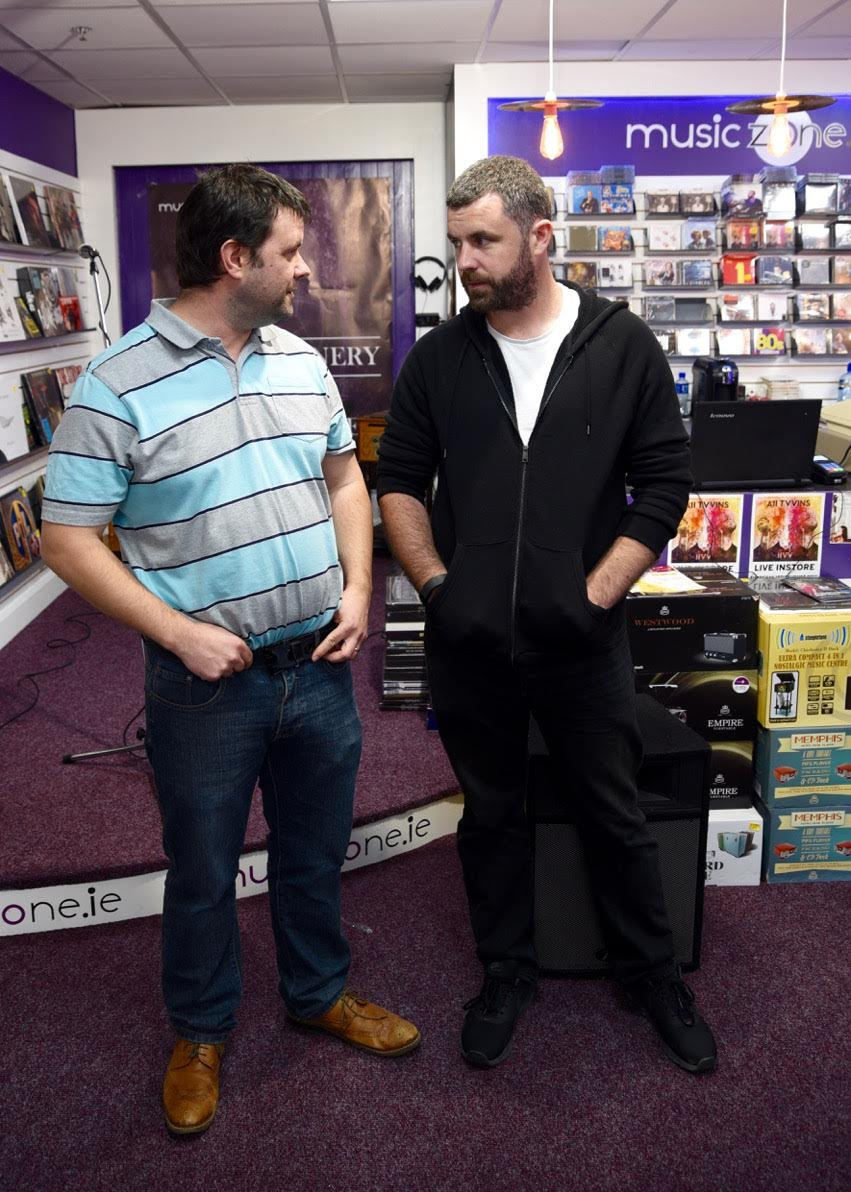 ·         There will be Metallica Halloween masks made, based on the album artwork, that we would like you to place in your independent record stores. (artwork below)

·         These can be in the Metallica section or on the counter depending on where the stores would like.

·         Once logged in, fans will see a countdown until roughly 20minutes before 8pm GMT (exact time tbc). At that point the official video for ‘Atlas, Rise!’ will play and give these fans the chance to be the 1st to see it.

·         This will be messaged through Metallica’s own social channels