Hope all is good with ye…

The RSD application and code of conduct forms are gone back… We are in… Our 7th year….YES we sell pre-recorded music… YES we open 48 weeks of the year for more than 25 hours a week…. YES we will sell everything on a first come first served basis … YES we will be active on social media…. NO we won’t open before 8 am on Record Shop Day… NO we will not take pre orders or reservations… NO we will not hold anything back to sell at a later date… NO we will not sell anything online until the 7 day window is open…. It’s not long now and do you know what…. WE CAN’T WAIT… WE LOVE IT.. It is a CELEBRATION of Record Shops survival (and another yacht as a by the way)…. Ye all know the challenges record shops face and have faced.. The ‘free’ thing is always close by…. Have I banged on about the free thing lately, if not then I intend to one of these weeks… Our industry was probably the first to be hit by,  A) Technology, and B) online superpowers… Now all bricks and mortar face the online threat… Our products were so easy to do the online thing with… We were first… Now everything is fair game online… So to have faced it, survived it and lived to tell the tale, well hey that deserves as Frank Gallagher might say ‘A F**king Parteeee’.. So that’s what we’re going to have… Sat April 22… Diarys open please folks.

Apologies i got a bit excited there… Em hem…. Normal service please dear chap… Vinyl records in the corporation today includes the mighty fine RYAN ADAMS record…. Thanks again to ye pre-orderers.. Sorry again about slight price mix up… Gold taps required on the starboard side….. I like the Ryan Adams to be honest.. Looking forward to hearing it again tomorrow… Always a good sign… Others in the siopa today are IGGY AND THE STOOGES,  ROXY MUSIC, NIGHTMARE BEFORE CHRISTMAS, OVERKILL, PETE TOWNSEND, JESCA HOOP and DEPECHE MODE. 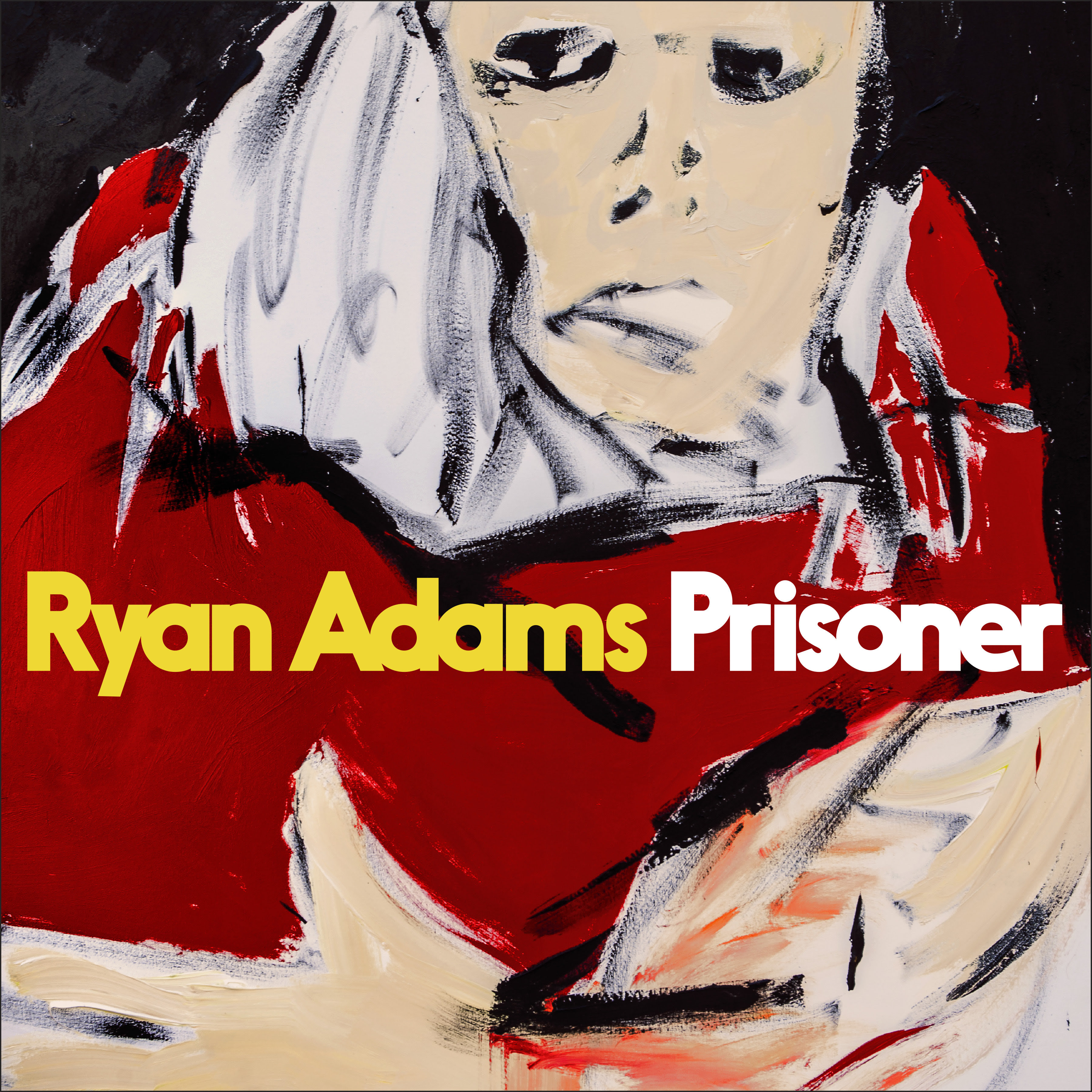 A two-week video of releases is up this week too folks, sorry for missing last week

Righty oh so…. Onto the releases for Friday the 24th  …. The excellent JOE CHESTER releases his album next Friday and will be in with us the following Friday the 3rd of March at 4pm for a few tunes and a few hellos also… Looking forward to it…. AUGUST WELLS is in with us also on Saturday the 4th of MARCH where they are launching the vinyl format of their excellent new album…

Universal have the GEORGE HARRISON LP Boxset as well as them all individually. 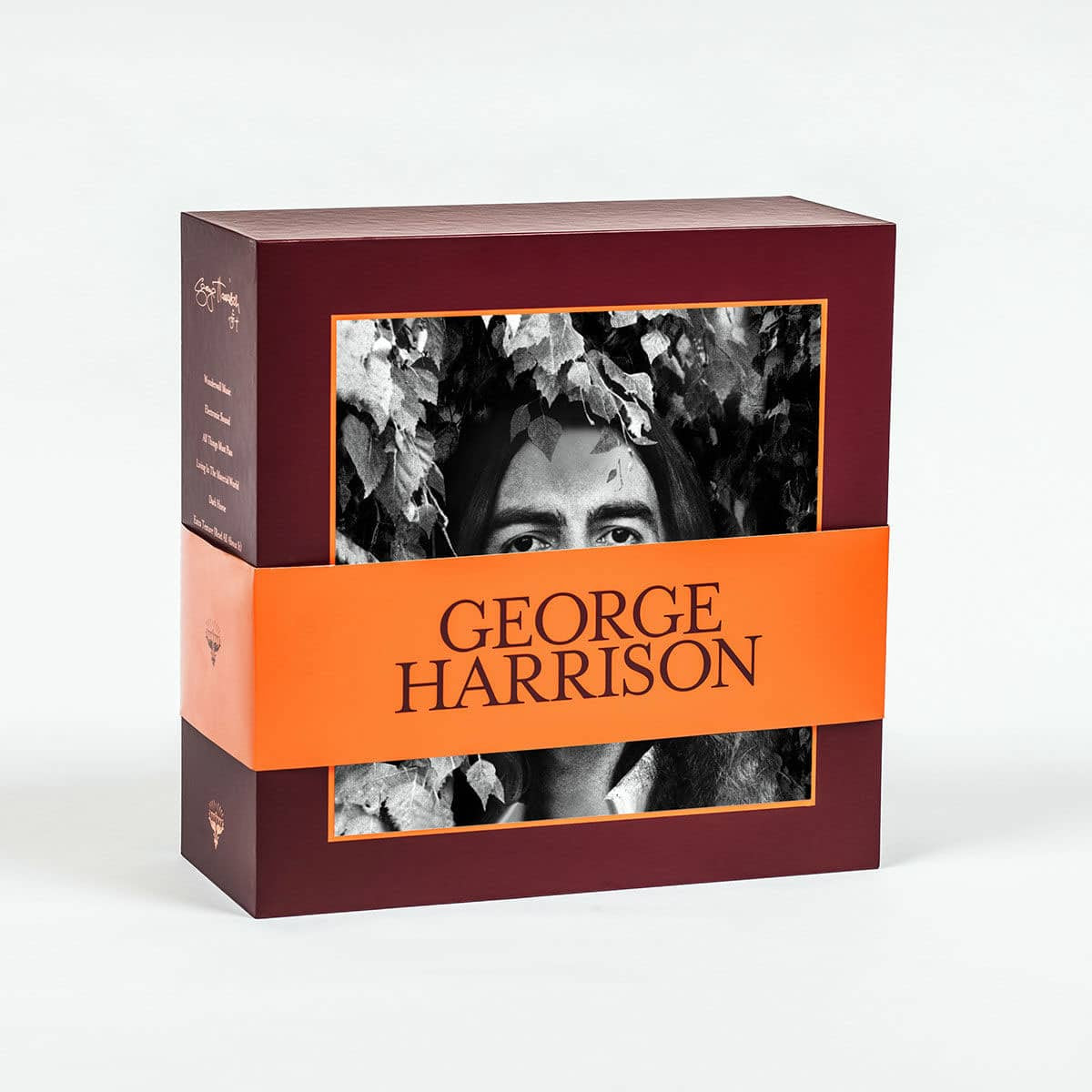 A major debut (I think…. Although I think they are making music a while i’d say) by four lads from Cabra, Co. Dublin called GYPSIES ON THE AUTOBAHN….. See what ye think here :

The album is called Born Brief and is available on CD for just a tenner and LP from next Friday the 24th.
Hopefully it will do well for them…

The next two WELLER solo albums get the vinyl reissue treatment (sorry not deluxe in any real way, deluxe price though)…. ‘Stanley Road’ and ‘Heavy Soul’….Stanley is probably his biggest solo album i’d say, commercially anyway…. Same sceal with the price i’m afraid… Sorry…Crazy I know…

Sony for the 24th of Feb have a solo album by VAMPIRE WEEKEND drummer Chris Tomson under the guise DAMS OF THE WEST…. What i heard sounds alright to be honest… To my two ears anyway….. Sony also have a SANCTUARY reissue of 1986s ‘Inception’ .

Cargo have the new BRIAN JONESTOWN MASSACRE LP ‘Don’t Get Lost’ on Indies only yellow vinyl… The 24th Feb also. 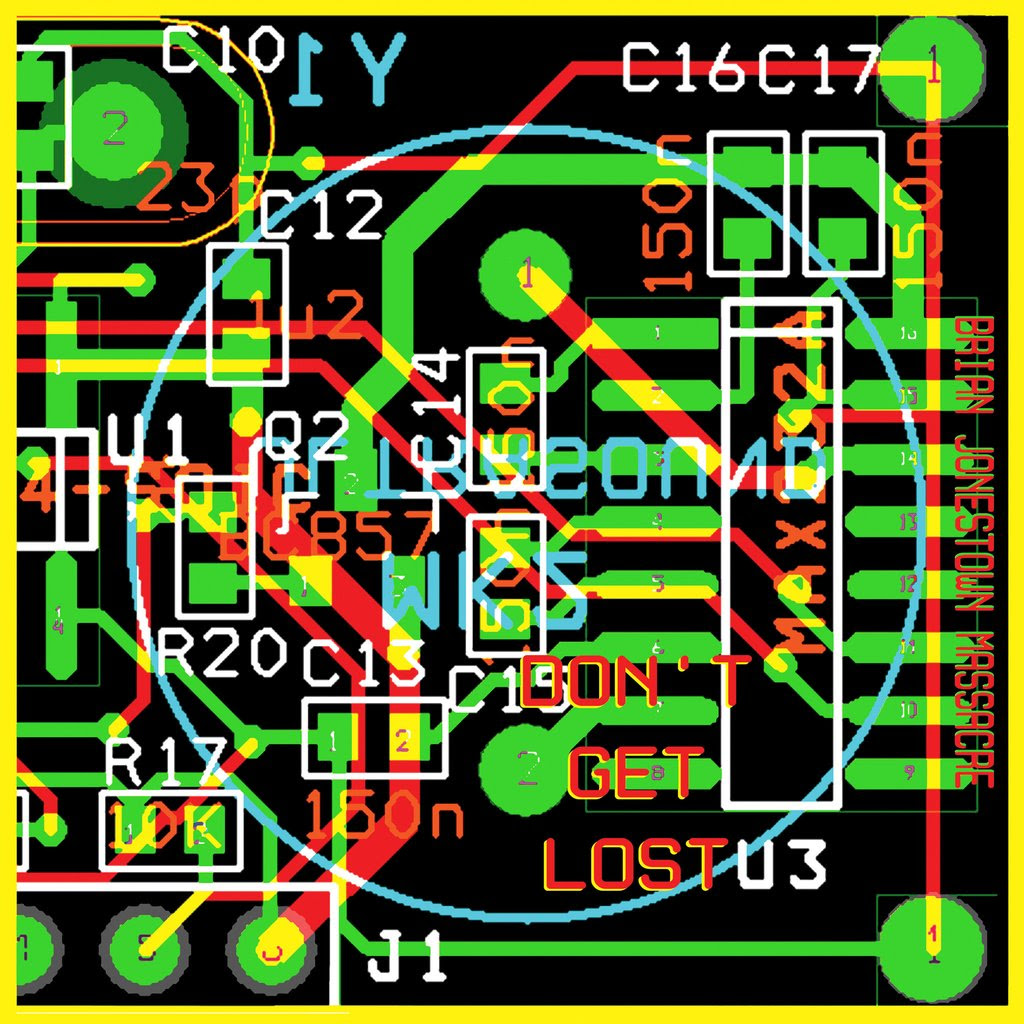 Proper music have a new album by reformed band MODERN ENGLISH, a new one by New York supergroup SUMMER MOON fronted by STROKES bassist Nikolai Fraiture… And lastly a new album by JOHN WESLEY HARDING or Wesley Stone as he now calls himself …. Backed on this by none other than THE JAYHAWKS.. Not too bad a backing band i suppose.

REPUBLIC OF MUSIC have a new DEAR READER album on Magneta… Indies only coloured vinyl… Recorded on Analogue tape… Class..

I must tell ye about an incredible auditory experience I had last night… ‘A fffing what?’, I hear ye say… Called to a friend of mines house who has a music room… 7 or 8 thousand records, about 5 or 6 thousand CDs… QUALITY stuff now… Very little things you’d have to excuse yourself about if you know what I mean… Not much of it the wife’s stuff there or the husband’s stuff either if that’s the case…. Man it was an overdrive to my senses… Sound and vision… Complete overkill… I couldn’t talk or process anything for a while…. Man was it sweet though when I chilled out and took it in… The clarity and warmth of sound was just unreal…. Now I think we were only using about 20 grand worth of kit like (I didn’t touch by the way, I can be clumsy at the best of times)…. Sweet stuff, sweet sweet stuff… Beatles, Floyd, Queen, Santana, Neil Young, Buddy Holly never ever sounded as good…. And introduced to the likes of Roy Buchanan and The Louvin Brothers… I could have stayed for a month… The sound was just incredible.. The clarity of each instrument unbelievable…. Truly…. Got me thinking .. Ye folks really should be buying more… Shag these yachts…

RED ESSENTIAL have new albums by THE PIGEON DETECTIVES and CLAP OUR HANDS SAY YEAH.

Play It Again Sam (PIAS) have a new SUN KIL MOON album…  A double album this time from MARK KOZELEK … The one true god to some people…. Not that I disagree with how talented the dude is .. It’s the one true god thing is the stumbling block for me…. Just CD for now folks… I hope they press more than 12 of it on vinyl this time when they do press it…

PIAS also have a debut by HIPPO CAMPUS … My notes tell me I liked it a lot, but I can’t remember jack of it… Trusting my notes though… Indies only yellow vinyl also…

Nuclear Blast have a new IMMOLATION album called ‘Atonement’, and a tour edition of the last AMORPHIS album ‘Under The Red Cloud’, with a live CD.

Pias also have new albums from KING GIZZARD AND THE WIZARD LIZARD (a trad folk band from Ballintotis…. Em no…. A hint of psych I think is truer) LOS CAMPESINOS and SUICIDE SQUAD.

Warner for the 24th of FEB have the new RHIANNON GIDDEONS album (CAROLINA CHOCOLATE DROPS) …. Terrible tale as a theme behind the writing of the title track of the album ‘At Purchaser’s Option’.

Rhiannon saw a picture of an old ad in a New York paper in 1797 and the item for sale was ‘a remarkably smart, healthy negro wench with also a nine old month child but the child is at purchaser’s option’….. Absolutely disgusting and mind boggling… I do wonder what will disgust people in 200 years about the crimes this generation have committed… Crimes in the name of gods maybe…. Do we not see our crimes as we live them… Is history the only judge of them…. An ad like this was reasonable behaviour 200 years ago about a woman and her child in the land of hope and freedom…..

Warner also have the CD soundtrack of THE STOOGES doc ’Gimme Danger’, as well as a DISTURBED ‘Live At Red Rocks’ 2LP, and finally an original french language version of the CHRISTINE AND THE QUEENS album on blue vinyl with CD and poster…. 500 only worldwide… Just saying is all! 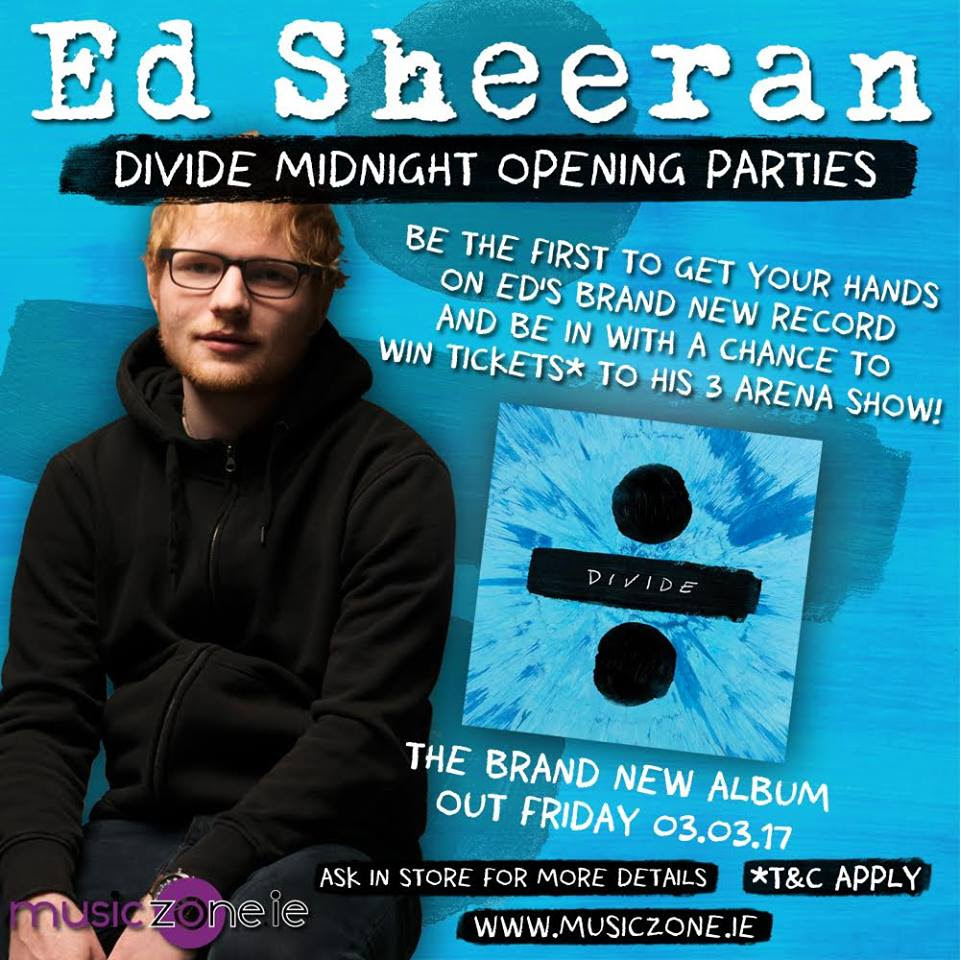 Massive exciting news for the shop as we team up with our pals in WARNER for an ED SHEERAN Midnight Party Album Launch….. Yes open at midnight we are on Thursday night, the 2nd of March till 1 or 1.30AM on Friday morning, the 3rd of March for the release of the new ED SHEERAN record ‘Divide’….. One of only three record shops in the whole world to be open at midnight on the date of the release…Yeah heh bring it on…. Like the old days… I wrote on these pages a year or 18 months ago would the day ever come back…. The day (or night to be more precise) of “midnight openings”…. I done three or four in the very distant past and there was truly something special about it…. Real fans waiting to hear the new album in its entirety… First to get it… Old school…. Hopefully you will have no big leaks in your house Ed my man in the next two weeks…. Part of the joy of the chase is making the effort to succeed in getting it folks… Not when it lands on your phone, Bono… ‘Cos that just makes it disposable spam my friend… unfair on your two years of slog, toil, tears, rows and revelations… The record you put your heart and soul into deserves to be treated with respect… Like midnight openings respect… Like punters showing up for midnight openings respect…. Aretha you had it baby…

Yep we will be open …Me and Bobs at 12 midnight, Thursday March 2nd…..Everyone who gets into us will get a bespoke Ed Sheeran/Music Zone signature card… With the main dudes signature on it, and me and Bobby can sign it as well if ye like.. The Big News : Everyone will also be entered into a draw on the night for a pair of tickets to see Ed at his sold out 3Arena Dublin gig…… So if 10 turn up…. Good chance…50…. Ok less of a chance…. 100…Well still a 1% chance…. Brilliant… We are delighted about it…. It allows  us to wave a flag and say we are a record shop and we are here.. Loads more could happen yet on the night in question… Who knows?… The night is dark and full of….
You can pre order the album on three formats here :
CD https://musiczone.ie/product/ed-sheeran-%C3%B7-divide-cd-pre-order/
Deluxe CD https://musiczone.ie/product/ed-sheeran-%C3%B7-divide-deluxe-cd-pre-order/
Vinyl https://musiczone.ie/product/ed-sheeran-%C3%B7-divide-lp-pre-order/

Nice gig in St  Luke’s next friday night the 24th … A bit of info here… Still some tickets left I think… The corporation are heading up… Flagan in coat…. Bushing in a church with a few tunes… Sins of the future…. Well definitely a sin of the past…

Sin e for this week so i suppose,

Paul Simon was about  to get it, but I’ve ran out of energy… Time enough for that.