Summertime and the releases are iffy….oh stop me oh oh ohh stop me, stop me if you think that you’ve heard this one before….i think I may have used that first line last year…where did the 12 months go.

Summertime is traditional fairly shite for new release product and that is the case for the next fortnight for more than a traditional reason.

Music releases are all moving to a global release day of Friday’s.

We here at home were always Fridays for the new releases so tis no change, I always felt it was nice to have the new stock a few days before our English counterparts….but everyone is on the same page now…..i wonder did some big corporations have a say in the change of release day, if you are a big friendly online giant based in the UK ( FEE FI FOE FUM I SMELL THE BLOOD OF A LITTLE IRISH RETAILER) then you are not as competitive as a physical store on product availability because two weeks ago you could buy MUSE in your little local shop but would only have got it at best a week later from our online beasts ( BE HE ALIVE OR BE HE DEAD, I’LL GRIND HIS BONES TO MAKE MY BREAD)…..you get my drift id say.

Having said all that, releases for late July are very strong.

So because of the global release day thing, to streamline, there is hardly anything out on the 3rd of July and for this reason (and finding it hard to get my mojo back after being away) I am going to kill two birds with one stone as they would say and do the releases for two weeks 3rd and 10th of July…hence no newsletter next week, back to normal then folks.

Universal have a hip hop debut record from KREPT AND KONAN.

Warner have the Vinyl reissues of the first five studio albums by the powerful MUSE, some HOLLIES and CHICAGO CD box sets and a new reggae album on VP records by JAH CURE….old school reggae?….have a listen. 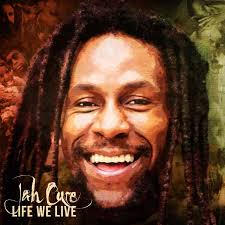 UNIVERSAL for the 10th of JULY have the debut album by winners of the sound of the BBC 2015 award YEARS AND YEARS called “communion”.

They have some ICED EARTH LP and CD reissues and a limited 50th anniversary 12” numbered edition of THE ROLLING STONES “SATISFACTION”.

Pias for the 10th of JULY also have the new CRADLE OF FILTH album on nuclear blast across five formats and a DUKE ELLINGTON LP reissue.

PROPER for the 10th of JULY has a new ASIAN DUB FOUNDATION record.

MUSIC ON VINYL has a few nice releases towards the end of July including SIMON & GARFUNKEL CONCERT IN CENTRAL PARK and the new one from WILLIE NELSON and MERLE HAGGARD.

I got an email today to return the JOHN LENNON Vinyl box set, all of them are being recalled because there is a duplicate track on the ROCK AND ROLL record….thats a fair few sets recalled and a fair few bob lost over a repeated track……some head somewhere gona spin id say.

See site for new stuff and stuff not so new

Sin e for this week and next!